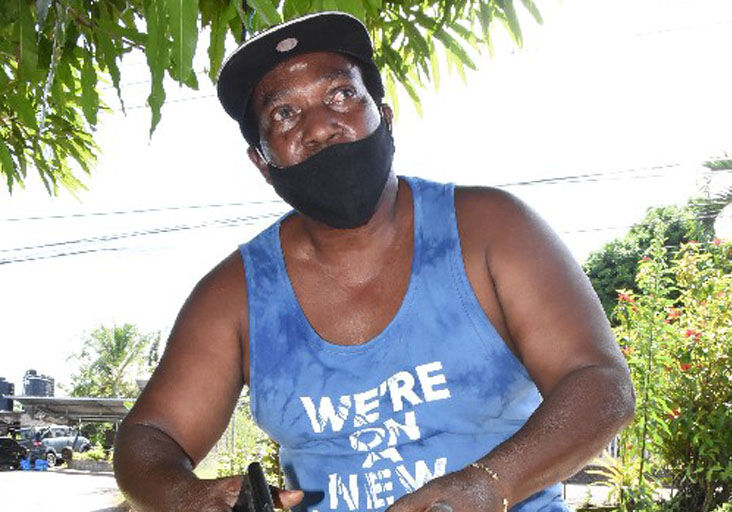 SHOWING WHAT HAPPENED: Daffort Miller, father of soldier Keverne Miller, who was shot and killed, demonstrates yesterday how he ducked when pepper spray was released during a birthday party at his home on Reservoir Road, Point Fortin. 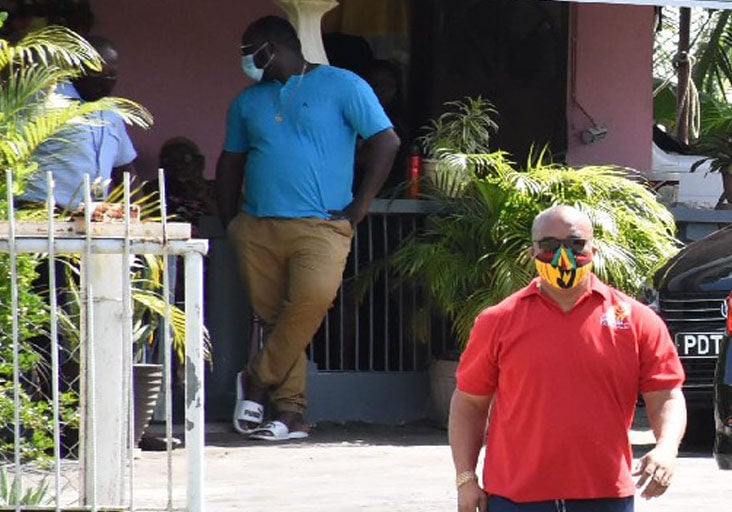 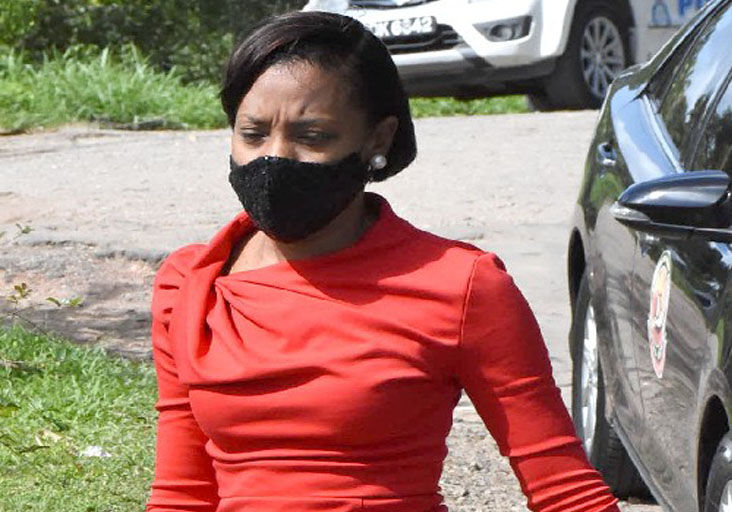 Visit from Mayor: Saleema McCree Thomas, the Mayor of Point Fortin, arrives at the home of Daffort Miller yesterday.

SHOWING WHAT HAPPENED: Daffort Miller, father of soldier Keverne Miller, who was shot and killed, demonstrates yesterday how he ducked when pepper spray was released during a birthday party at his home on Reservoir Road, Point Fortin.

Visit from Mayor: Saleema McCree Thomas, the Mayor of Point Fortin, arrives at the home of Daffort Miller yesterday.

Miller said he was just footsteps away when he heard the gunshots, four of which struck his son in the back.

A police constable attached to the Guard and Emergency Branch (GEB) was detained, and is assisting detectives in their investigation into the killing.

At the Miller family house at Reservoir Hill, Point Fortin, yesterday, the senior Miller told reporters there was a lime in the yard to celebrate the birthday of his grandson, who is a police officer.

An initial police report said the constable observed a man, ­later identified as Miller, wearing a motor­cycle helmet and brandishing a silver firearm.

The report said others at the gathering began to run away from Miller. It said the police constable became fearful and fired in Miller’s direction.

A police report later yesterday said Miller arrived at the residence to quell a disturbance, and drew a silver Smith and Wesson 9mm ­pistol from his waistband.

Police said Miller was not a holder of a firearm user’s licence and was not authorised to carry a weapon issued by the Defence Force.

Speaking to reporters outside his home where the incident took place hours earlier, a grieving Daffort Miller said there was a lime to mark the birthday of his grandson (Miller’s son), when celebrations turned violent.

He said there was an incident where a woman was sprayed with pepper spray.

The father also claimed the disturbance started after a soldier slapped a police officer at the ­party. “They had a scrimmage. The soldiers came and sprayed a girl with pepper spray. The fumes take me, and I started to cough, ­vomit, all kinds of thing.

“They (people at the gathering) were getting on bad. A soldier called my son to get them out of our yard.

“He parked up his bike there (pointing to the road in front of the house). He had on his helmet and was dressed in black.

“He told them, ‘All you know how I stupid. Leave my mother yard, please,’” recalled Miller.

“A police van was parked outside. I told (my son) to leave, but he was wearing a helmet and didn’t hear me.

“As I turned my head, I heard the first shot. I ducked down to the ground. I got stupid; my son was on the ground. I couldn’t even help to put him in a vehicle,” said the grieving father.

‘Shot in the back’

Miller said he believed his son died almost instantly after he was shot, although another relative said a faint pulse was detected while on the way to the Point Fortin Area ­Hospital.

“My son had already died here. I know he got four (gunshots) in his back. I heard the news said that he was waving a gun. But if you waving this thing to an officer, how would you get shot in your back?

“I am telling you this is what happened. I am old, but I am not stupid,” said the father.

He said his son usually carried a firearm, but he did not see at that time if his son had a gun.

“That is what I saw and that will stick in my head forever,” wept the father.

An autopsy is expected to be done on Monday at the Forensic Science Centre in St James.

Officers of the Homicide Region III are investigating.