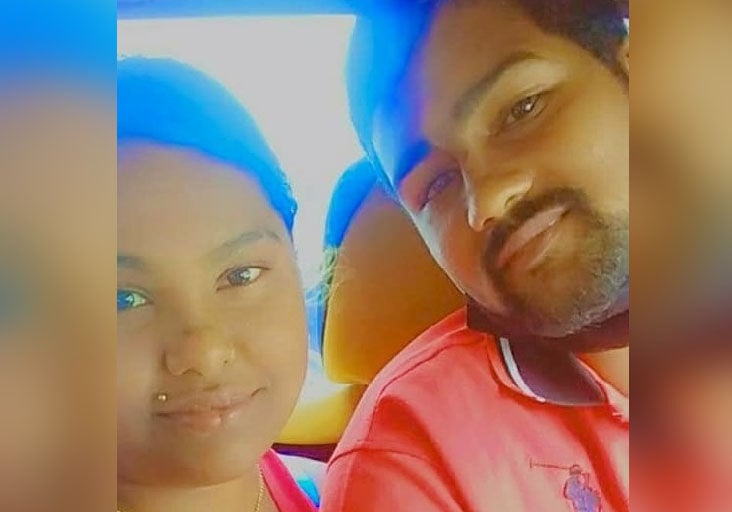 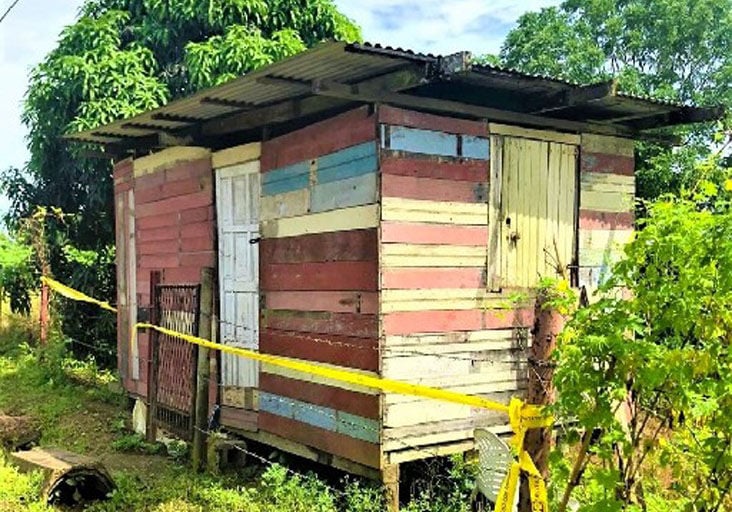 It has been five months since the bodies of 25-year-old Crystal Jagroop and Michael Deonarine were found at their Gangaram Trace home in Princes Town on the bed they once shared, covered in flies.

It might as well be 50 years ago, since the case has been thrown upon the heap of “unsolved” crimes with no hope of justice, say relatives of the two.

The deceased couple was discovered by police officers after a neighbour walking by the house was stopped by a foul scent and the buzzing of the flies near the one-room structure on the evening of July 27, 2021.

Jagroop and Deonarine had been living together for less than a year before someone ended their love affair.

Relatives told the Express in July that the two were deeply in love, and wanted to build their lives with each other. Deonarine, a labourer, and Jagroop, a stay-at-home mom, had dreamt of a growing family and a steady home.

But this shared dream would come to a crashing end that afternoon, puzzling both families and police, who have yet to offer information to the mourning parents of both victims.

Instead, the families have spent these five months in turmoil, pleading for answers from police.

Forty-six-year-old Rosemarie Jagroop, mother of Crystal Jagroop, told the Express this week that she has been in contact with the Homicide Region III division, but despite several calls, she said officers have had little to say since the investigation began.

“The last time I called was last month, and they said nothing, and it is still really hard for us,” she said. “What happened to my daughter, why did this have to happen to my daughter? I don’t know,” Jagroop said in a telephone interview with the Express.

Without solid information about the murders, the Express was told that relatives have been forced to consider possible motives for the killings. One such theory would come from a recent anonymous call to Jagroop’s family offering a potential explanation.

Family members were told of unconfirmed links to business with an auto shop by the anonymous caller. But without further information, none could confirm the claims being made. This information, Jagroop said, is being directed to the police for investigation.

“Someone called me and said they have some evidence. They said it was something to do with some ‘parts place’... And then after that they were afraid so they stopped talking. That is what we are hearing, I am trying to get (Homicide officer) to talk to them about it,” Jagroop told the Express.

Shamila Deonarine, Michael’s mother, however said there was little she could offer in speculation as to why the couple was killed. Instead, she said she was waiting on the police to provide answers.

Crystal Jagroop was last seen by her family on the morning of Sunday, July 25, at their home in Dades Road, Rio Claro, before returning to Gangaram Trace. Both Jagroop and Deonarine had been seen socialising and drinking with neighbours in the area later that evening.

The Express was told by Deonarine’s relatives that neighbours had heard gunshots in the early hours of July 26 (Monday).

Step-sister Shalini Ramsaroop said in July, “Sunday, me and my dad saw him drinking on the road with all his cousins, and we know when he drinks he gets blackout drunk. The people from nearby said they heard shots around 1 a.m. Since Sunday night, this has happened, and they found them yesterday (Tuesday, July 27).”

Police found spent shells at the scene, but no weapon.

Jagroop’s daughter was not at the scene, having stayed behind with her grandparents in Rio Claro.

On July 31, autopsy results for the deceased confirmed that both parties had been shot multiple times. A close relative confirmed to the Express that Jagroop had suffered 11 shots about the body, leading to her death. An autopsy report for Deonarine noted the cause of death to be “gunshot wounds to head and body”.

By that date, the Homicide Division had yet to establish a motive for the killings.

And according to relatives, further information has not been offered by investigators since.

Jagroop and Deonarine had begun their relationship approximately eight months prior and, according to relatives, were a spectacle of true love.

Deonarine, who worked part-time shifts at a nearby saw-mill, had planned to create a life and family, building his home along the roadside of a friend’s private land.

Jagroop, a single mother, would spend her days there looking after her daughter and seeking a better life.

Jagroop was remembered by her father, Bale Mohammed, as a personable and ambitious young woman with hopes and dreams to one day become a police officer. Her life with Michael was one of contentment, he said.

“She told me about Michael as someone who treats her well. She said he may not have much in life, but he is working hard and we want to build a better place and get things going in their lives. They were young, he treated her well,” he said.

Family members told the Express that while the country has seemingly moved on from the murder, they remain haunted by the lack of answers. According to Rosemarie Jagroop, Crystal’s six-year-old daughter has found it difficult to adjust to life without her mother.

“We are not coping nicely. (Crystal’s) daughter is not good at all. As school started this week she was not focused. The family is getting sick. I tried to stay strong for them, but everything is failing. I don’t know anything. Justice needs to be served,” she said.

Deonarine’s mother, Shamila Deonarine, told the Express that her family remains in shock, adding that her heart breaks each time she passes the now-empty structure along Unis Road in Gangaram where Deonarine used to live.

“Every day, as a mother, passing the empty house my son used to live in is very hard. It is like we lost two because Crystal was part of our family, and both of them are gone. They worked hard. Michael worked hard to get everything they wanted and now he is just gone,” she said.

The Express contacted the Homicide Region III Division to ask for updates on the investigation. Members of the Division told the Express they would provide a response. However, to date none has been given.

— You can share information on the killing of Michael Deonarine and Crystal Jagroop by contacting Crime Stoppers at 800-TIPS (8477); 555, 999; or send information to the TTPS app.