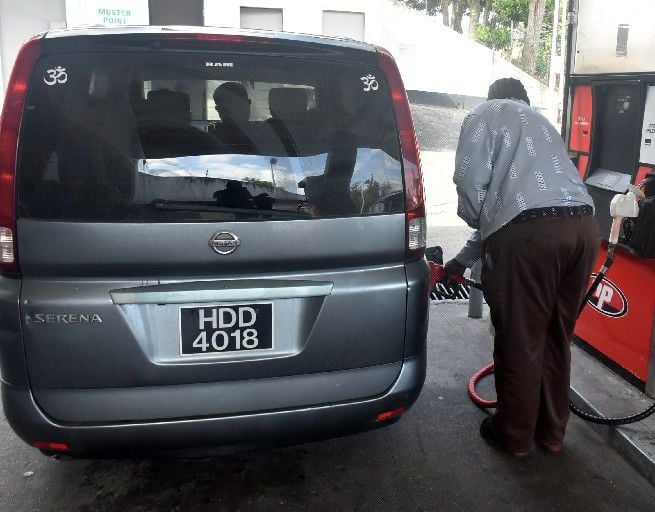 A driver fills up his motor vehicle at NP gas station, Vistabella, near San Fernando on Friday. Photo:TREVOR WATSON 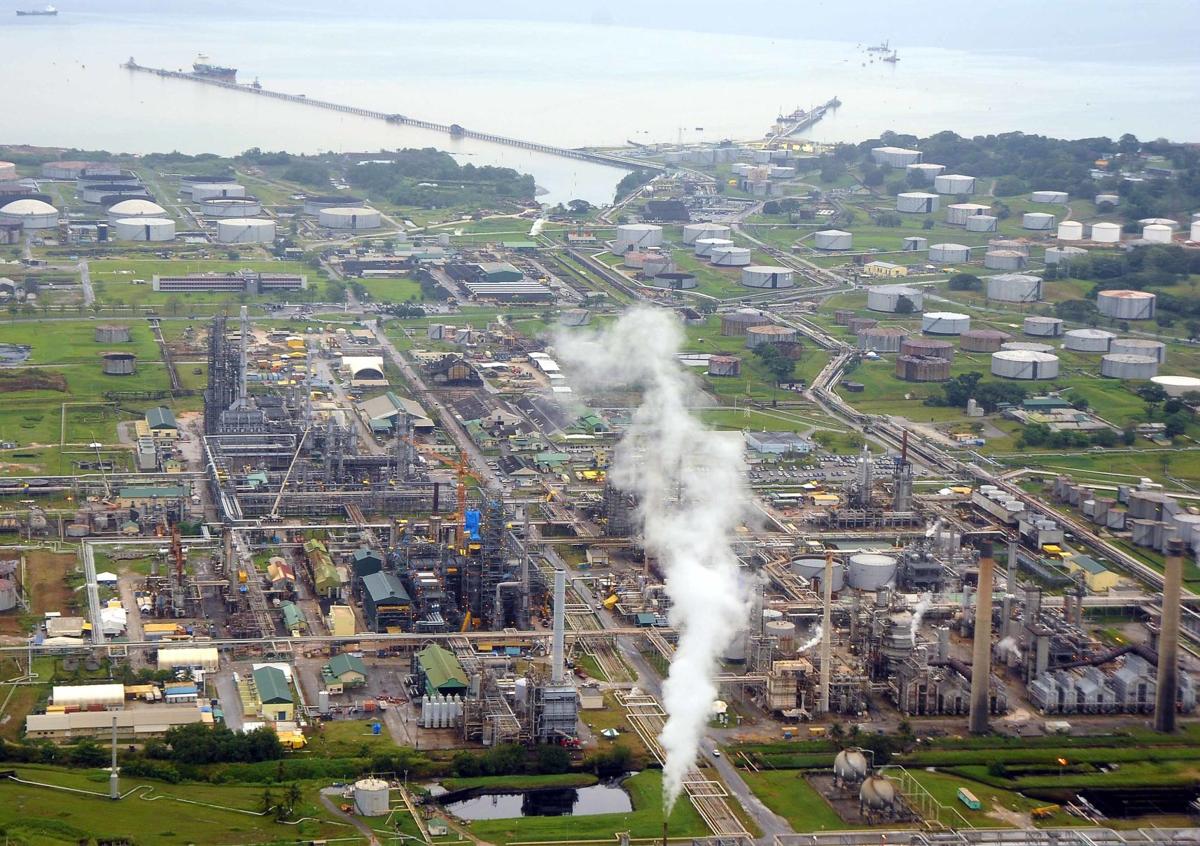 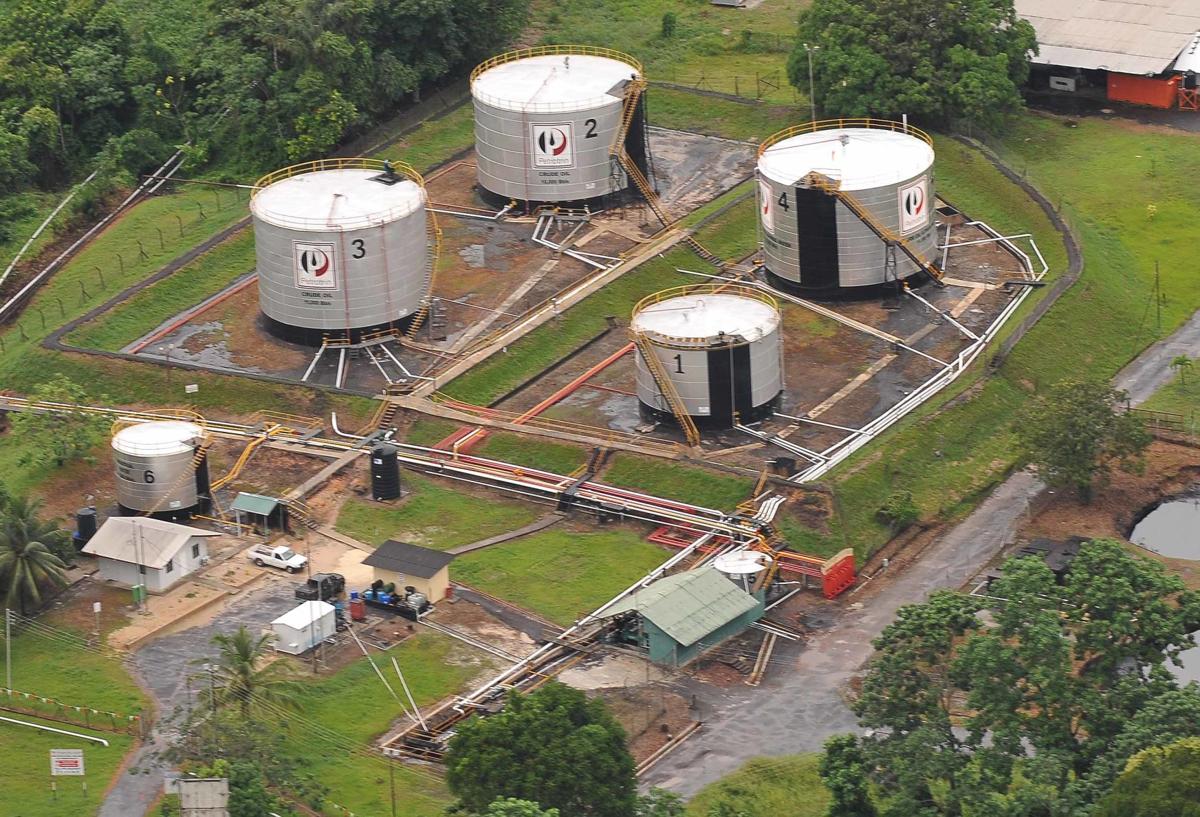 THERE is something fishy going on at gas stations across the country.

Motor vehicles owners are complaining that the fuel imported and received at the pumps is of a substandard quality.

Some claim that the fuel is linked to the high number of vehicles which have recently caught on fire.

On social media, many have said the fuel does not last as long as before, the smell can be described as fishy or like a urinal and for those who have sensitive skin once contact is made it burns their skin.

The Express visited several gas stations in South Trinidad on Friday, and met with customers who all agree that the foul smell in the fuel began approximately two months ago.

At the NP gas station in Vistabella, customer and maxi-taxi driver Danny Jaikaran said the diesel “stinks” and he noticed the odd smell just about one month ago.

“It smells nasty. It really, relay stinks. I think the diesel we getting is inferior. The smell is like something you would get from those urinals, that’s how bad it is. Those people in authority don’t have to do the work we do so they really don’t know. I used to make five trips when I filled up but now I making only three,” he said.

At the station, Shift supervisor Eric Harry said when attending to vehicles he has to step away from the pump because the smell makes him dizzy.

“People complaining that they are not getting the mileage as before and it really have a urinal smell. When I am filling up the gas tanks I have to move away because the smell is so bad that I feel dizzy and I could fall down, so I move away,” he said.

At the Rushworth Street NP station, a pump attendant, who wished not to be named said she now has to use gloves when refuelling gas tanks.

“This never happen before, I never had to use gloves. But the gas when it touches my skin it would burn and leave a dryish mark on my hands. I don’t know what it is about the gas now but I can say it never happened before,” she said.

Vehicle owner Winston Heeralal of Claxton Bay said he believed the Government is hiding the truth about the fuel. He said he too does not get the mileage for the amount of money he pays at the pumps and this was a major concern for him.

“The diesel is not lasting long. What we are getting is a poor gas and the Government is hiding it from the public. The gas stinks and it is sickening. I am not satisfied but I have no other choice, I have to use the gas to do my business,” he said.

Unipet says it has noted the complaints of its clients regarding the smell and the quality of the fuel.

In a statement to the Express on Friday, Unipet said is has invested in a double filtration system as an added layer of protection to its customers.

“Unipet is part of the supply chain for fuel in the market place and we distribute what is received. There was a spike in our customer complains about the smell and quality of the fuel but this has declined significantly. As a responsible supplier, we direct these kinds of complaints and comments to our supplier. Over the past eight years Unipet has invested in a double filtration system which provides an additional layer of protection to our customers,” it stated.

An executive member of the Oilfields Workers Trade Union (OWTU) said the Union is getting complaints about the fuel and will soon engage a third party to conduct an analysis of the fuel at the pumps.

On November 30, 2018, State owned oil company and refinery operations of Petrotrin officially shutdown. Trinidad Petroleum Holding Company was established to oversee Petrotrin, Paria Fuel Trading Company and Heritage Petroleum and Guaracara Refining Company. Gasoline, diesel, aviation fuel, and other refined products the country needs are being imported. Within a few days of Petrotrin’s closure the country had to import fuel with the first shipment arriving in October last year.

On December 17, the Ministry of Energy and Energy Affairs announced that the supply of regular gasoline (RON 83) to the local market will be stopped.

Planning Minister Camille Robinson-Regis previously stated the importation of regular fuel was uneconomical, “as the volumes are small, the fuel is not a standard grade and is rarely produced by most regional refineries.”

She added that the decision to cease its importation was taken after careful consideration.

Attempts to contact both the Energy Minister and the National Petroleum went unanswered.