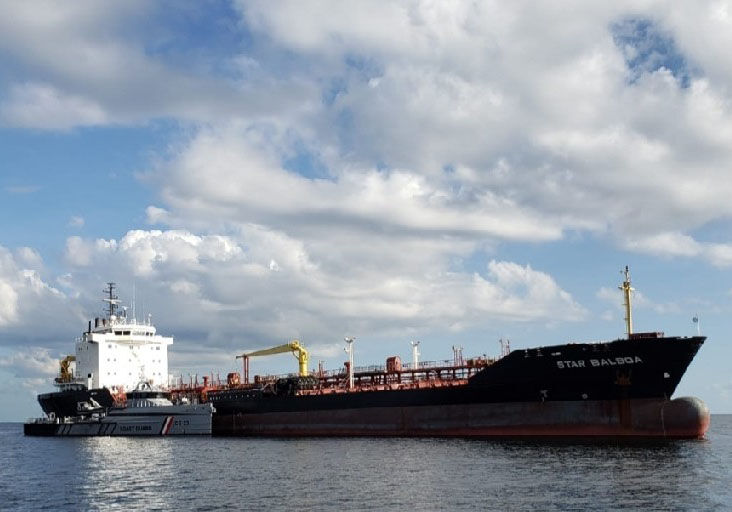 PANAMANIAN VESSEL: The oil and chemical tanker Star Balboa on which the captain and majority of the crew on board have contracted the Covid-19 virus. The ship is anchored off T&T waters. 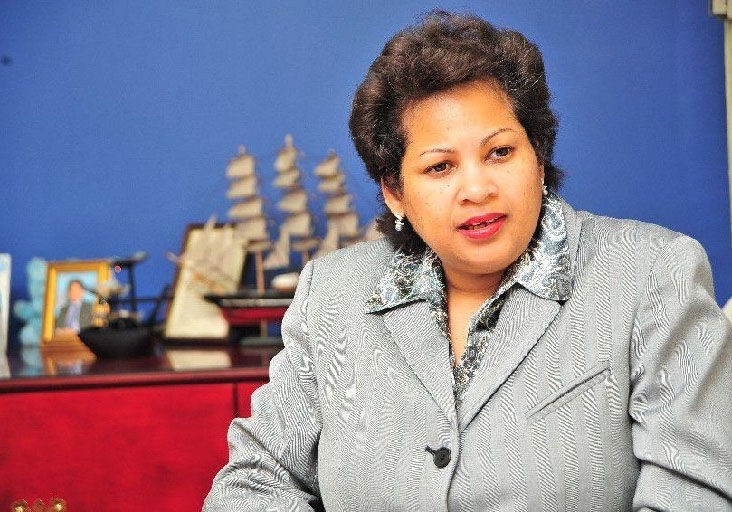 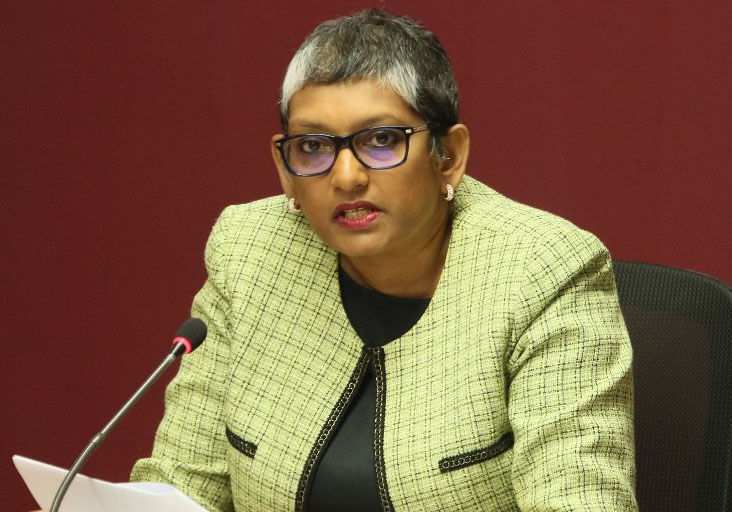 PANAMANIAN VESSEL: The oil and chemical tanker Star Balboa on which the captain and majority of the crew on board have contracted the Covid-19 virus. The ship is anchored off T&T waters.

A captain and the majority of the crew on board the oil and chemical tanker Star Balboa have contracted the Covid-19 virus.

Attorneys are claiming that local law enforcement infected the crew as scores of them have been on board conducting searches of the ship for narcotics. However, to date nothing has been found.

Questions are being raised as to whether officers and all local persons have been tested and placed in quarantine given that the 14 crew members tested positive and the ship’s captain is currently in the Intensive Care Unit (ICU) at the Couva Hospital.

The Star Balboa is flagged by the Panamanian Ship Registry and has been in Trinidad’s waters since August for garbage removal and to collect water, medical supplies, and provisions.

Attorney Nyree Alfonso and Senior Counsel Sophia Chote are part of the legal team retained by Star Tanker Bunkering SA, Eagle Fleet Management SA and Carib Petroleum Inc to represent the interests of the crew of the M/T Star Balboa.

Speaking to the Express by phone yesterday, Alfonso said the issue is grave and worrisome as the exposure is high and a large number of officers from the Trinidad and Tobago Police Service, the Trinidad and Tobago Coast Guard, Marine Interdiction Unit of the Customs and Excise Division as well as other Customs officers and Immigration officers were all on board the vessel and she personally knows that a number of them are not in quarantine.

Alfonso said when she went on board the vessel she saw the crew looking like they were on the verge of death. She contacted the ship owners and organised for the crew to be privately tested.

“I have represented seafarers for 27 years and this is the first time I have seen apparently healthy men get progressively to the point that they were too ill to undertake their duties. They have complained of fever, diarrhoea, body aches, headaches and weakness,” she said.

“I am personally ashamed of the irresponsible behaviour of our protective services.

“The lack of or improper use of masks is surely the cause of this tragedy and yes, the sheer numbers of personnel boarding is a significant factor. It is noteworthy that officers remained on guard duty until yesterday afternoon and called me from SIU up to Friday.

“While I am in self-quarantine as are all the other attorneys and have been tested, I wonder what is our protective services’ response to what is exposure on a massive scale,” she stated, adding that more than 40 officers have been on board the vessel and the numbers could be more as the ones on guard are rotated.

She stated that prior to the commencement of searches on board the vessel, no person had been allowed to board or to disembark the vessel for a period of approximately two months due to Covid-19 restrictions imposed at the vessel’s previous ports of call.

Alfonso stated that from September 2 to 12 there have been large numbers of officers belonging to various protective services on board the Star Balboa, many of whom have refused to identify themselves to members of the legal team.

She stated that the officers refused to identify themselves and had also prevented Chote and herself from boarding the vessel to witness the searches.

Alfonso stated that she had cause to complain to officers and to their seniors on board with regard to officers either not wearing masks or wearing them improperly.

“Many officers seemed content to wear their masks under their chins or noses,” she stated. Photographs were also attached to the letter showing officers without masks or wearing them improperly.

“It is unarguable that the source of infection of the crew are personnel attached to the aforesaid protective services,” she stated.

She stated that while searches appear to have been suspended for the past week while equipment and personnel are “mobilised” to empty the Star Balboa’s operational fuel tanks, complements of six to nine officers (a mix of coast guard and police officers) remain on board in the ship’s accommodation on a rotational shift basis.

Alfonso stated that the ship’s captain, Jesus Russo, was originally in ICU at the St Clair Medical Centre (for a heart condition) but has been moved to the Couva Hospital.

“The protective services of the State owed a duty of care to our clients to protect them and not expose them to the risk of illness and even death,” she stated,

She noted that the court has already ruled that the crew of the vessel has not been “detained” and they are also not the subject of any warrant purportedly issued under the laws of Trinidad and Tobago.

Alfonso noted that Captain Russo is the only person who has been named in the search warrant.

“We can never forgive the Government policy that denied my father the right to return home.”