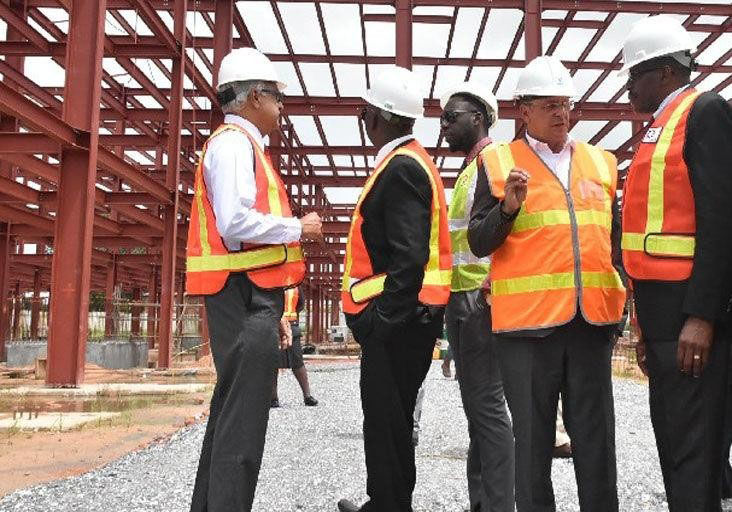 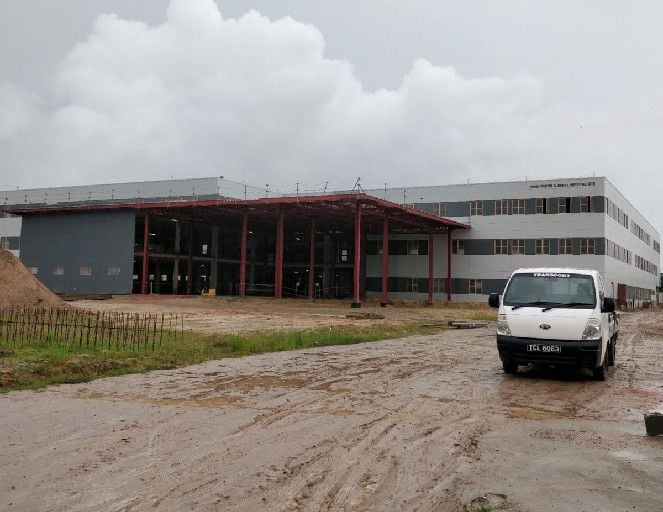 FRUSTRATED over funding for work on the Point Fortin Hospital project, two sub-contractors have initiated legal action against a company linked to the main contractor, Austrian firm Vamed.

It has caused work on the project, located on the country’s southwestern peninsula, and a stronghold for the ruling administration, to slow down in the past six weeks.

The sub-contractors claim they have been threatened for the money they are owing.

It’s the latest blow to the $1.2 billion-dollar hospital which is a government-to-government arrangement with Austria and has pushed back the completion of the hospital to March 2020.

The hospital was supposed to have been completed by July and commissioned next month.

The 100-bed hospital, a political promise made by both the present and former administrations to the community, has been plagued with problems.

The Sunday Express was told that legal action was the last resort for the sub-contractors who claim to be loyal to the ruling administration and were wary of bringing the party into disrepute on the eve of local government elections next month.

CHCC is a Panama-registered company owned by Dayne Francois, while Regency is a family-managed outfit whose managing director is Ryan Ragoonanan.

After the exit of Innovo, the second contractor for the project, a strong lobby was made by Point Fortin PNM party officials to Gerhard Hoellinger (more familiarly called Gino), Vamed Engineering’s regional manager, Trinidad and Tobago, Latin America and the Caribbean that the sub-contract for the construction contract be given to a local agent who could mobilise support in the community for the company and the project.

Francois was identified by the PNM party officials to be this person and an agreement was made between Hoellinger, Francois and the PNM members.

Based on advice, Francois then went to Panama where he registered CHCC to conduct his business.

The Point Fortin Hospital is governed by a framework agreement for both the bank, Unicredit and the contractor Vamed.

The financing is a syndicate loan with sums from the Czech Republic, Germany and Austria.

Vamed was releasing funds to Hoellinger for the project, through a company, Bigton International.

Bigton was incorporated in Panama by businessman Anthony Aboud.

Aboud, who has been the local consultant for Vamed since 2008, told the Sunday Express that Vamed had requested that he establish a regional office in Panama and while he was the incorporator, he was never the shareholder.

It is the first project of this scope being undertaken by Regency.

Regency, the Sunday Express was told, had up to 18 sub-contractors, which took their work force to about 150.

A company search by the Sunday Express discovered that Bigton International SA also registered in Trinidad on August 23, 2019.

It listed Hoellinger as its chief executive with its office being The Towers, Ciboney 7B, Ocean Blvd, Westmoorings. The Sunday Express was unable to ascertain how often and how much funds were being distributed by Vamed to Bigton for the project.

Before initiating legal action, the sub-contractors had lobbied top officials of the ruling PNM to intervene, mainly to help resolve the financial crunch the companies had found themselves in. On October 29, they issued a 17-page pre-action letter to Hoellinger from attorney Stefan Ramkissoon.

According to the pre-action letter, CHCC claims that Bigton is owing it $15,681,125.79 in addition to legal costs.

The letter claimed that Bigton/Vamed approached CHCC on February 1, 2019, the contract was executed and on the same day, the work was subcontracted to Regency.

The letter pointed out that CHCC and in turn, Regency, were being paid regular monthly sums following the execution of the contract.

“We are instructed that as the project progressed, ‘variations’ and/or ‘additional works’ led to operate emergency meetings between your good self, our client and Regency. At these meetings, you at all material times, clearly and unequivocally, reassured both our client and Regency that they ought to continue works on the said project, inclusive of the variations, and further stated that “Bigton’s funding was a bit sluggish and as soon as it is rectified, the monies will be released.”

“Relying on these assurances, our client and Regency used their private funds (supplemented by various loans) to fund the said project and keep the project on the agreed timetable. At all material times, Vamed/Bigton approved these variations,” the letter said. It noted that the variations were $1,017,340.

“After receipt of Bigton’s/Vamed’s last payment of 600,404.49 Euros, and given the ‘sluggish release of funds’ by Bigton, our client and Regency evaluated the project and because cognisant of the fact that there were expending financial resources much faster than they were receiving, leading to obvious difficulties in financing the said project. Upon this realisation, they sought a meeting with your good self and other officials to discuss the various issues affecting the project,” the letter stated.

“At this special meeting held in St Ann’s, in or around 12th of September 2019, you agreed that the project had been ‘under-resourced’ particularly in light of the requested variations and agreed to vary/increase the said contract agreement’s accepted contract amount’ by 5 million euros. This variation of the contract therefore meant that the ‘Accepted Contract Amount’ would now be 11,597,729 euros. You further guaranteed our client the release of the 5 million euros to ‘bring the project up to speed with its financial obligations.’”

CHCC said that a quantity surveyor’s report was done by the firm of Skinner and Joseph Chartered Quantity Surveyors by Regency to value the work done which put it at $48,363,815.52.

The letter noted that CHCC and/or Regency has only been paid $32,682,689.73 to date. Aboud told the Sunday Express that Bigton’s lawyers were looking at the matter.

“These two Panamanian companies will have to settle their dispute as it has nothing to do with us here in Trinidad and Tobago and will not affect the job’s progress,” he told the Sunday Express.

On November 4, 2019, Bigton’s attorney wrote to the sub-contractors acknowledging their letter.

In their response, Bigton noted that both Bigton and CHCC are registered in Panama and that it was the rightful jurisdiction for dealing with the matter.

Contacted yesterday, Minister of Health Terrence Deyalsingh said the Ministry had nothing to do with the matter and referred the Sunday Express to UDeCOTT, the Ministry’s project manager for the hospital.

Chairman Noel Garcia told the Sunday Express that given the project challenges, UDeCOTT agreed to extend the deadline for construction completion of the project to January 2020 with handover with equipment by March 2020.

Questioned on the legal action and implications, Garcia confirmed that he was aware but: “As far as UDeCOTT is concerned, the project is with Vamed, and we have no relationship with sub-contractors. Whatever dispute there is, we are not involved.”

Aboud, who spoke on behalf of Vamed, said that CHCC still had an existing contract with Bigton even though the project had been scaled down over the past several weeks.

Aboud said that Bigton had reached out to several of the sub-contractors being used by Regency and have re-hired them on-site to ensure that the work was being done.

In his 2019 Budget, Finance Minister Colm Imbert said the Point Fortin hospital was on schedule.

Imbert had said the Point Fortin Hospital is scheduled to be operationalised in September 2019 with financing of just under $1 billion through the Austrian government.

He said then the new hospital will have 100 beds for in-patients and 16 additional beds for daycare patients and was estimated that the facility will generate between 800-1000 jobs, including security, administration, interns, house officers, consultants and cleaners.

He said that citizens in the southwest peninsula will benefit from the services including maternity, accident and emergency and others.

Vamed’s project business comprises consultation, development and planning, and the turn-key completion of projects, including financing engineering. Vamed is a leader in the area of Public Private Partnership models (PPP) for healthcare facilities accordi9ng to its website.

For these business models, public and private partners set up a joint project company to plan, build, finance and operate hospitals and other healthcare facilities. So far, 25 PPP models have been implemented. Services on offer range from the maintenance of buildings and of all technical devices, service of medical technology equipment, via facility management to the total operational management of healthcare facilities.

Vamed’s service business has a modular structure and comprises all facility management aspects in technical, commercial, and infrastructure terms, to the total operational management of healthcare objects.