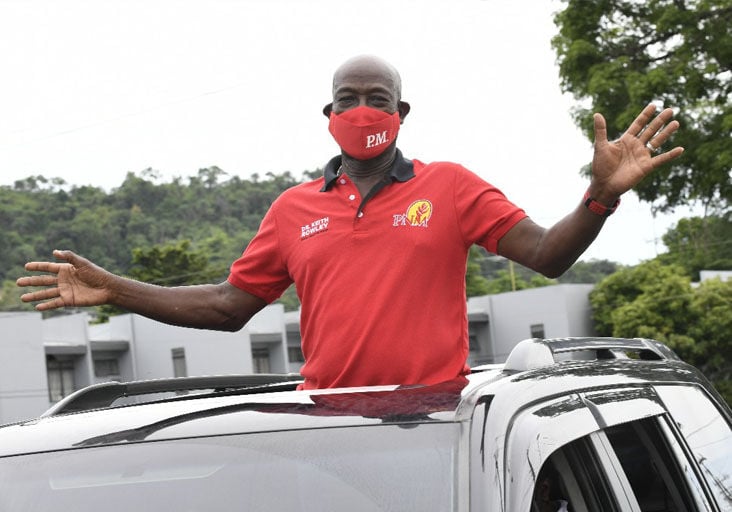 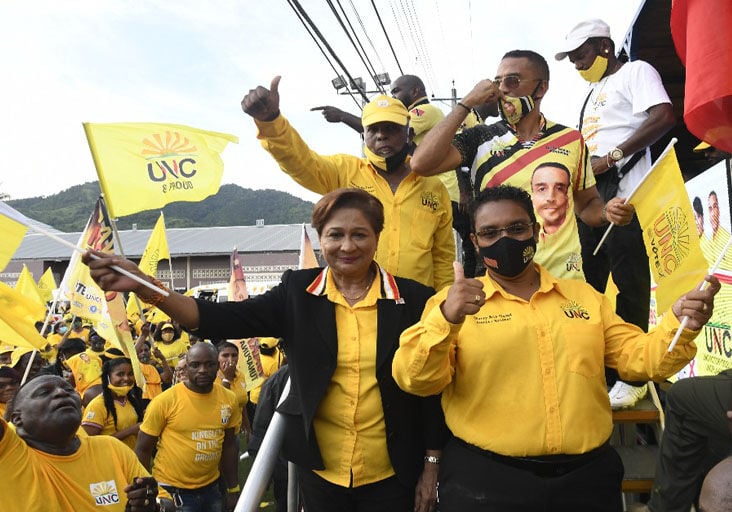 Even with 50 new cases in the country as of last night, several thousand supporters were in a frenzy around the country yesterday as they defied physical distancing to support their political party of choice.

Supporters joined motor­cades held by both the People’s National Movement (PNM) and the United Nation­al Congress (UNC) as both parties engaged in their penultimate push for votes ahead of tomorrow’s general election.

Several hundred were seen without face masks and ignoring social distancing protocols as they sang, danced and cheered on their respective candidates throughout the East-West Corridor.

The inclement weather in the morning resulted in a late start for the PNM, but Prime Minister Dr Keith Rowley ensured his motorcade journey began in the constituency that he has represented for over 20 years.

Rowley was in a black Toyota Prado which drove along the Western Main Road from Carenage, heading east.

Along the main road, hundreds of his supporters came out in their numbers and lined the pavement, in what could only be described as a sea of red, as the motorcade made a slow drive, in a bid to encourage citizens to come out and vote.

Rowley did not stop to make any speeches during the motorcade in the area.

His supporters were very vo­cal along the road, and continued to shout that they will be turning up tomorrow to vote.

The PNM motorcade did not seem to have as many people, but many in the crowd gathered around vehicles ignored physical distan­cing amid the pandemic.

The motorcade was expected to head east towards Sangre Grande before heading South.

Very few of them wore masks or maintained a six-foot-apart physical distance from one another.

At one of the stops, along Caura Royal Road in El Dorado, Persad-Bissessar urged the crowd of hundreds to vote for David Nakhid, the UNC candidate for Tunapuna.

“Come out on Monday and ensure that you vote. Do not let the Covid fear keep you home. Come out and vote on Monday for UNC, for less taxes, vote for your children and their future,” Persad-Bissessar said.

She said she had nothing against the PNM candidate for the Tunapuna constituency, Esmond Forde, and even praised his character.

“I have nothing against Mr Esmond Forde, the PNM candidate. He is a very nice person. However, we don’t need nice people in government, we need competent people in the government,” she said.

At both motorcades, the Sunday Express observed dozens of people who were not adhering to the guidelines as outlined by the Ministry of Health to prevent the spread of Covid-19.

Several people, including children, were among large groups not wearing any masks and were not in any way practising social distancing.

Police officers were at both motorcades the Sunday Express visited, but did not see any attempts to enforce the regulations as outlined under the Public Health Ordinance.

Commissioner of Police Gary Griffith said he would be asking officers to look at the crowds at political rallies to ensure the ordinance was being adhered to.