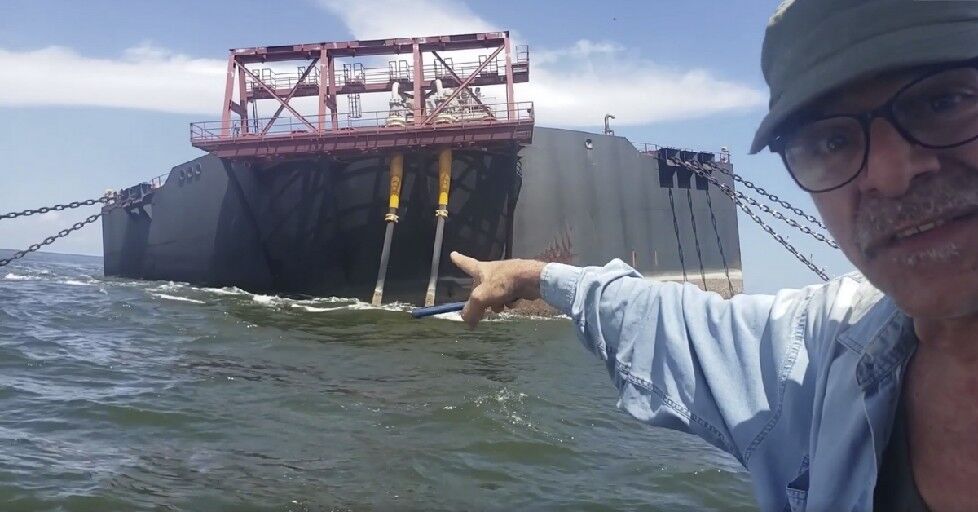 ON THE SCENE: Activist Gary Aboud points to the Nabarima, an oil tanker which is anchored off Venezuela’s coast in the Gulf of Paria. —Photo courtesy Gary Aboud/FFOS. Inset: Foreign Affairs Minister Dr Amery Browne. 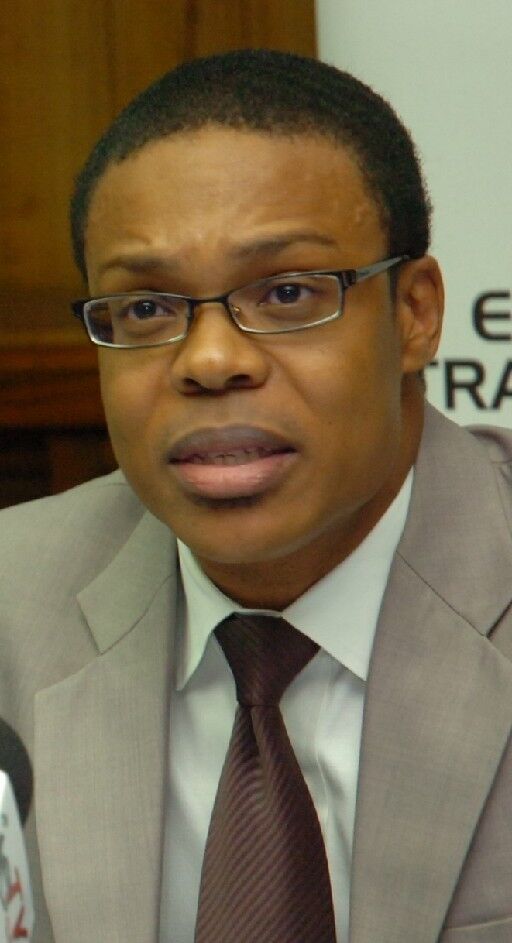 ON THE SCENE: Activist Gary Aboud points to the Nabarima, an oil tanker which is anchored off Venezuela’s coast in the Gulf of Paria. —Photo courtesy Gary Aboud/FFOS. Inset: Foreign Affairs Minister Dr Amery Browne.

The team was also expected to submit to Energy Minister Franklin Khan, by evening, a report on whether the oil storage tanker is threatening to spill over one million barrels of crude into the Gulf of Paria.

Khan and Foreign Affairs Minister Dr Amery Browne yesterday confirmed that T&T had received permission from the Venezuelan government “for the in-flight and landing of our inspection team and access to the Nabarima”, which has been reported as near-derelict and dangerously close to sinking.

The Nabarima has been moored in the Corocoro field since 2019 with a cargo of some 1.4 million barrels of oil. International media have reported that the vessel was taking in water and visibly sinking, while local environmental group, Fishermen and Friends of the Sea (FFOS), has since August agitated for action by the T&T Government.

Browne told the Express the team’s first-hand information was essential in determining the way forward and Government remains committed to the matter.

He noted an inspection visit was scheduled for September 28 and the Ministry of Energy and Energy Industries had assembled a team of experts in preparation “but Venezuela withheld authorisation for access by our inspection team”.

“They subsequently indicated that access would only be authorised on 20th October or thereafter,” Browne advised.

He said Government finally received “formal permission from Venezuela for the in-flight and landing of our inspection team and access to the Nabarima”.

“The team proceeded on the morning of Tuesday 20th October and are conducting a series of assessments and observations on the vessel as directed by our Ministry of Energy and Energy Industries. A report will be presented to Minister Khan which will be utilised to determine our next steps,” Browne said via WhatsApp.

Browne had previously noted the vessel falls within a Petrosucre arrangement that is a joint-venture between Venezuela’s Petroleos de Venezuela (PDVSA) and Italian company Eni, which owns some of the vessel’s contents.

Eni was reported to be in discussions to take on a role in emptying the vessel of its oil cargo but Browne had also acknowledged that much of what was taking place was outside the control of the T&T Government.

Khan also indicated yesterday an official visit was underway and that the team was on board the vessel up to 3 p.m.

Where we have the power

Giving the assurance that “the Government of Trinidad and Tobago remains deeply concerned about any potential threat to our environment posed by the FSO Nabarima”, Browne also stated: “We have used all diplomatic channels to convey these concerns to the government of Venezuela in a focused and consistent manner. Notwithstanding attempts by Venezuela to assure that a leak on the vessel had been repaired, the Government requested access to the vessel to properly assess its condition.”

He further stated “the strong concern and interest of the people of Trinidad and Tobago to the Nabarima situation have helped to encourage the Government to persist in its determined actions on this matter”.

The Foreign Affairs Minister added: “While it must be recognised that the vessel in question belongs to Venezuela and is located in Venezuelan waters, we would continue at the level of the Government to intervene as far as we have legal power and authority so to do.”

Browne disclosed the Nabarima matter has been the subject of seven Diplomatic Notes from T&T to Caracas, “each of which have conveyed the serious concerns of our population and all of which have been aimed at clarifying the actual condition of the vessel and gaining access to the Nabarima by the experts that have been mobilised by the Ministry of Energy and Energy Industries”.

FFOS had called on Prime Minister Dr Keith Rowley to press the Venezuelan government for the opportunity to visit the Nabarima and acquire first-hand information on the real-time condition of the small, double-hull VLCC built in 2005. The Nabarima and other vessels were left suspended on the water due to United States sanctions on Venezuelan fuel.

FFOS has warned that the volume of the Nabarima’s cargo would exceed the 1989’s Exxon Valdez spill into Alaska’s Prince William Sound, the devastation of which is still being felt today. Spilled crude from the Nabarima would easily reach Trinidad south-western coast in amounts that would all but wipe out marine and community life in those areas, the group has warned.

The organisation had also written to US Ambassador Joseph Mondello asking that the US put pressure on the T&T Government to act.

In a statement last week, Mondello backed the call for urgent action and clarified that US sanctions would not apply where action had to be taken against an ecological disaster of the proportion being threatened by the Nabarima.