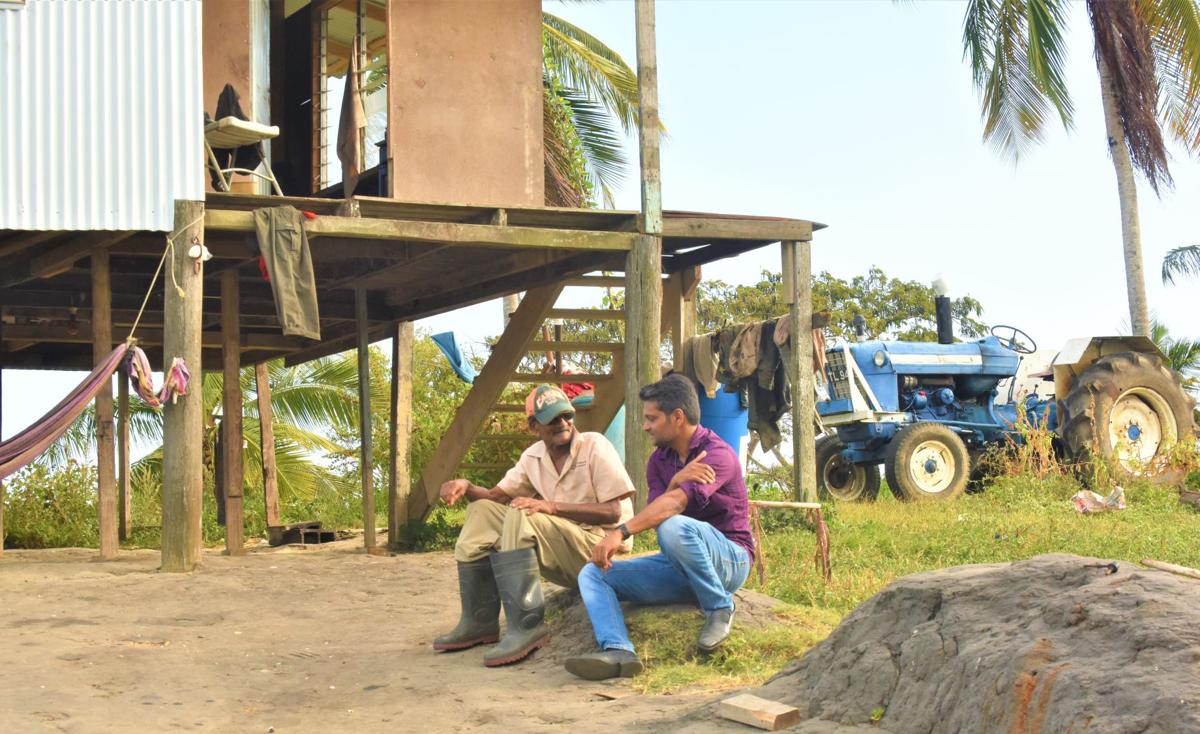 Hayman Arjoon outside his ranch 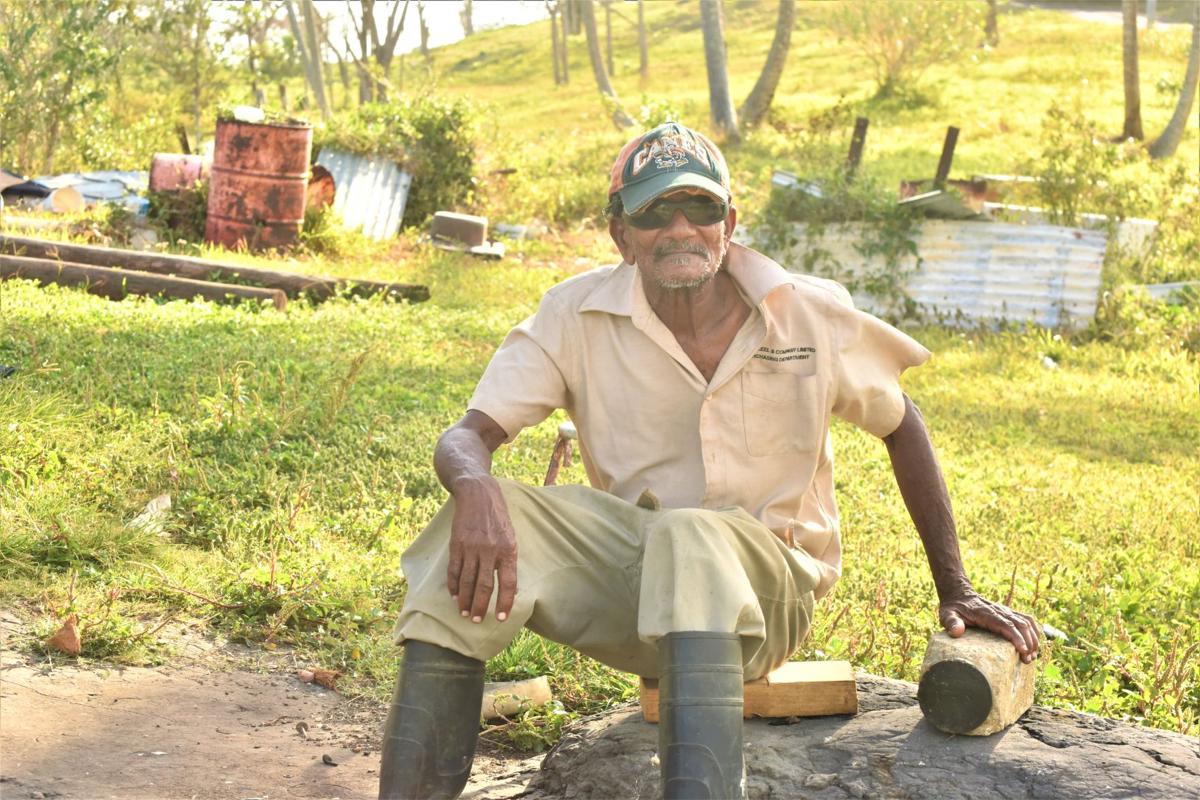 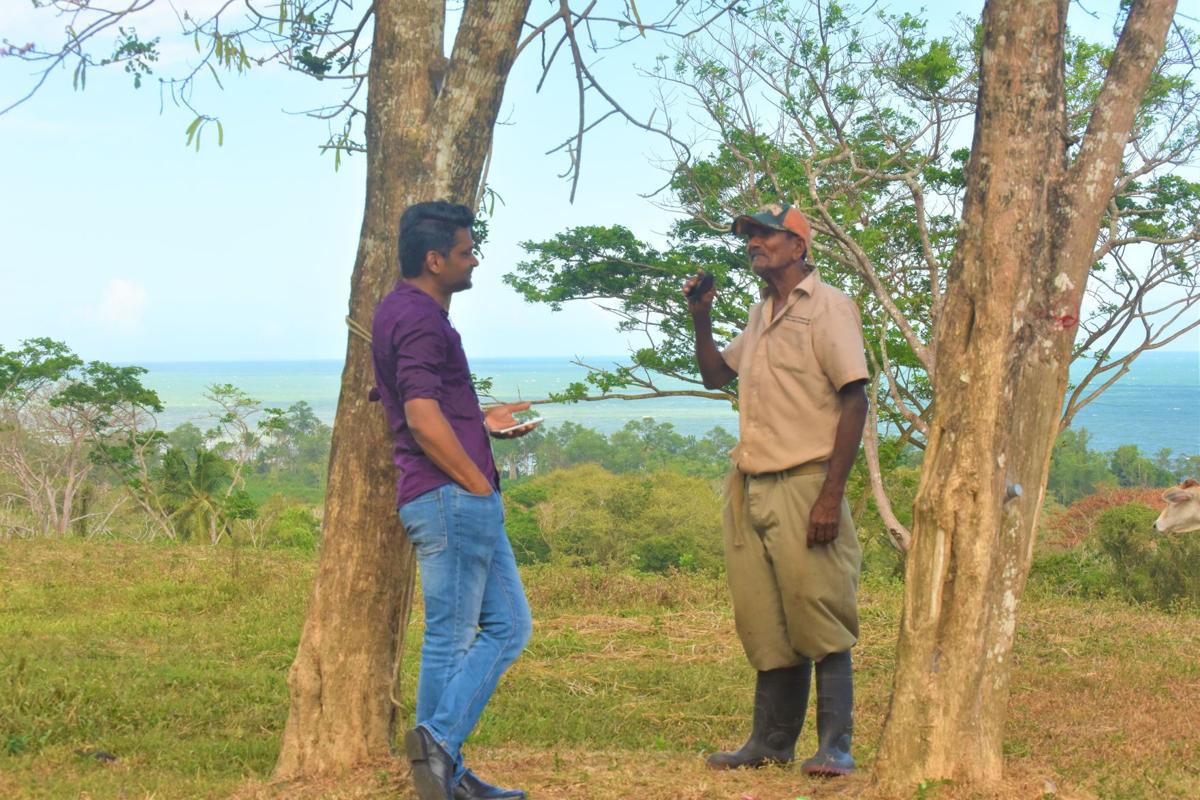 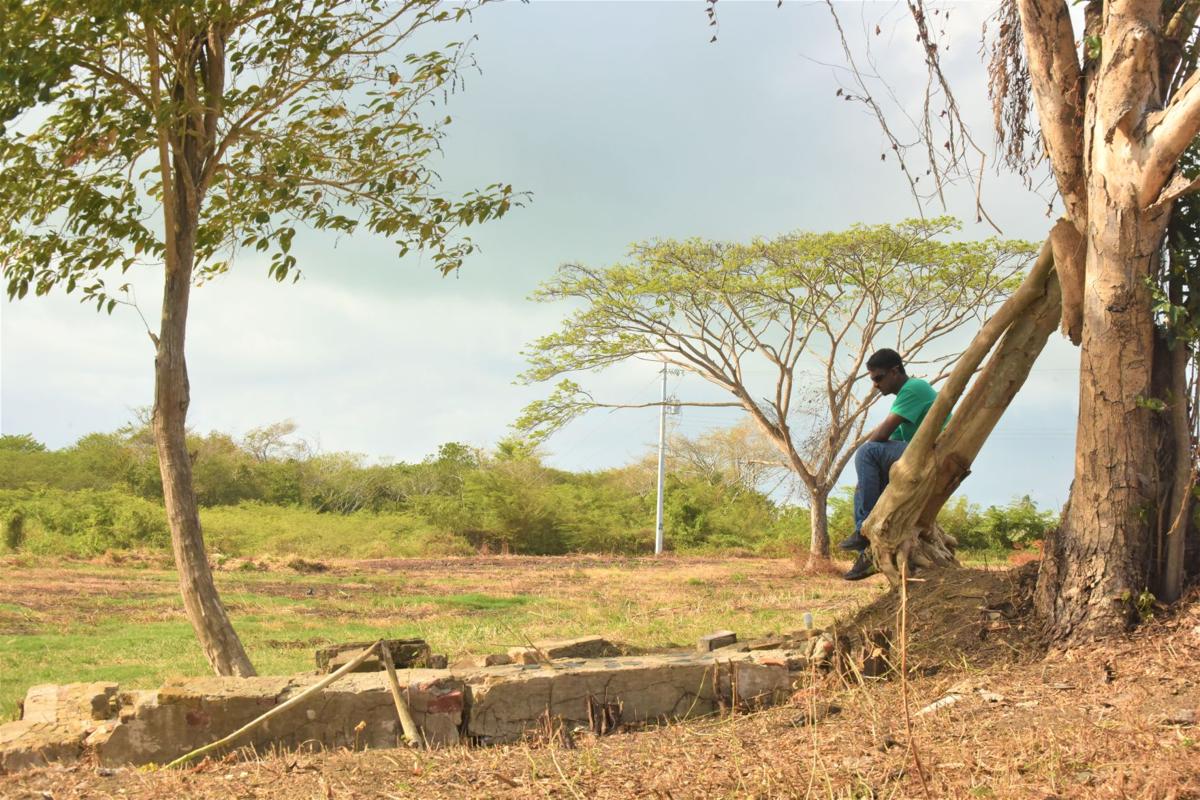 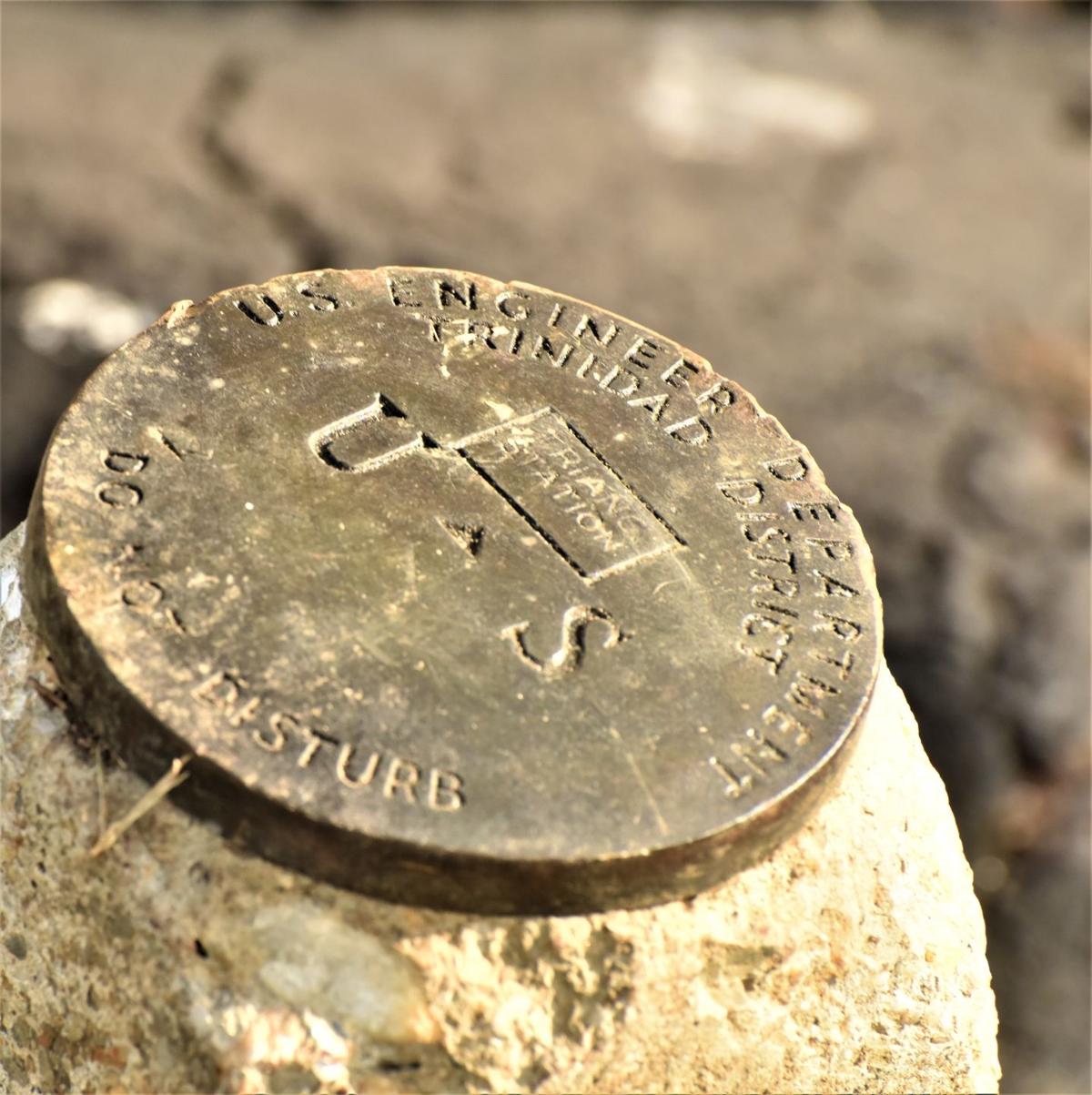 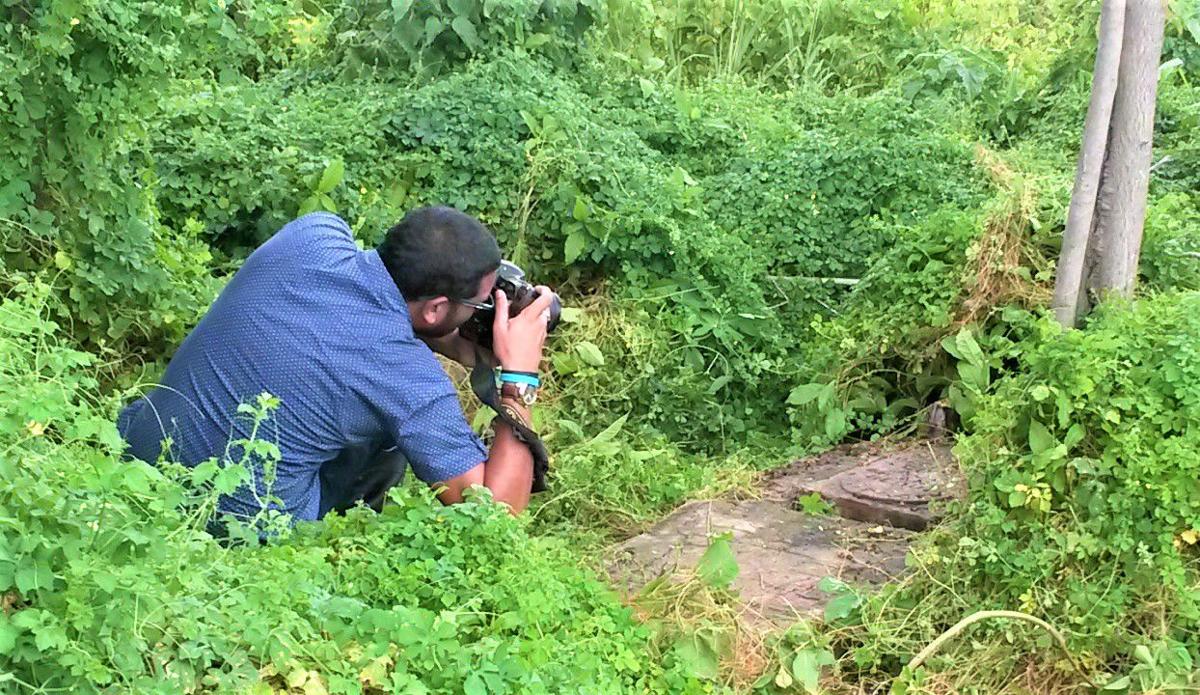 The graves on the L'Enveiusse Estate at Galpha Point 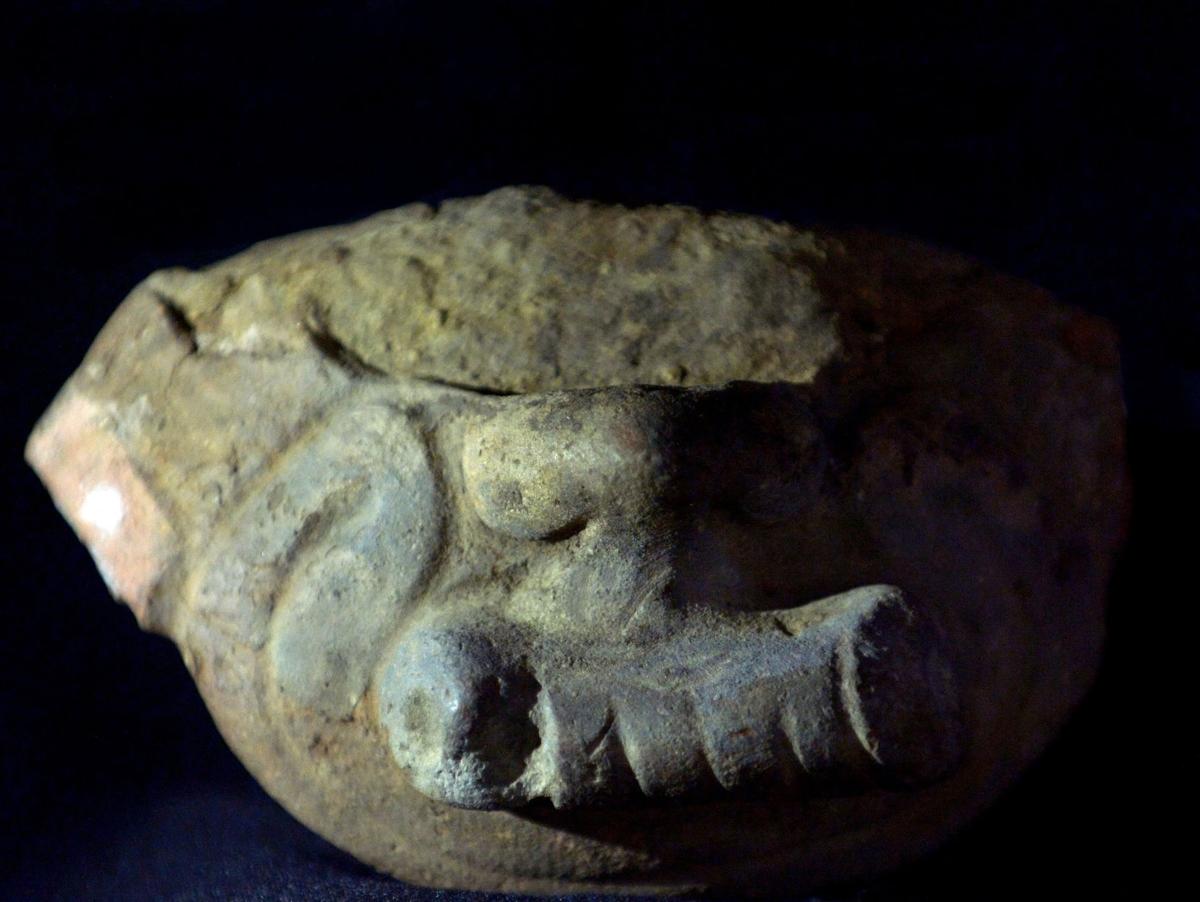 Hayman Arjoon outside his ranch

The graves on the L'Enveiusse Estate at Galpha Point

When we first saw Hayman Arjoon, he was talking to a Zebu under a tree.

The calf was a bit stubborn and didn’t want to leave the midday shade for a pasture where the grass was greener.

So there was Arjoon, encouraging his animal, gently. He was in no rush.

Why would he be?

Arjoon lives in a world apart.

The rhythm of his life is measured by planting and harvest seasons, rainy and dry spells, moon phases and sunrises.

There are no dayshifts, appointments nor deadlines, and Arjoon reports to no one.

So he didn’t hesitate giving his afternoon up to us last Thursday, to explain how he came to be the Most Contented Man in Trinidad.

The land at Green Hill, Cedros is located in a place called Galfa (Galpha) Point on the south-western peninsula, where the mangroves of Venezuela are within sight and the smugglers are busy.

This time of the year, the sea is every shade of azure and green, the colours replacing the grayscale silted waters draining from the great Orinoco.

Lording over it all like an island castaway is Arjoon.

If Cedros ever becomes a popular tourist destination, he can teach a master class to the tour guides.

One of ten siblings (every single one still alive) and born before World War II, Arjoon is the grandson of indentured immigrants who worked the village sugarcane fields that the African slaves lived, toiled, and died upon.

He knows where to find the slate and iron ruins of the sugar mill, and can show you his copper pot where the cane juice was boiled to make muscovado sugar.

He can tell you about the arrival in Cedros in the 1940s of the Americans, who set up an army base on more than 300 acres of land at Green Hill, complete with hospital, cinema, stockade, motor pool, and accommodations for hundreds of young soldier who painted the buildings in green to match the surrounding vegetation.

He remembers the drone of the military blimps hovering along the coast looking for German U-Boats prowling the seas in search of merchant and military vessels to torpedo.

He can recall the fear of villagers asked to extinguish all lights at night, as the Americans pointed powerful search lights to the sky in search of enemy aircraft.

He can see in the mind’s eye the planes, based at Wallerfield, flying in formation as they headed out to sea on surveillance duty.

He can take you to the site where the foundations of the massive guns turrets still sit (there are at least seven in the bush) and to the bunkers where the soldiers stored the missiles and kept shelter during the firing.

He still hears the booming guns as the soldiers fired into the sea, and can tell the story of woman living down Icacos side who was covered in the rust from the galvanised roofing sheets rattled by the sonic aftershocks of the missiles whistling past.

He can point you to the high point of Green Hill, where one of the State’s 360 degree radar facility tracks maritime vessels in Trinidad’s territorial waters (what they do with the information is questionable given the flood of weapons, people and everything in between, coming across from the mainland).

And to the place not far away where the mud volcanoes have attracted the Hindus who perform an annual pooja.

Arjoon might regale you with stories of the American movie stars who came to the base to entertain the troops, and of that one soldier who loved the local rum more than he feared his superiors, slipping away during a march in Cedros, and trying to trade his watch for alcohol, firing into the ceiling when the barman refused, and taking command of the bar, offering free drinks to passers-by until the Military Police came for him. Those bullets holes were still to be seen until a few years ago when the place was renovated.

The war ended in 1945, and the soldiers packed up and left.

But over the years, Arjoon has come upon all manner of things on the base site, from an identification “dog tag” that belonged to a Puerto Rican soldier, the shoe soles of their boots and the locations of the triangulations stations - cast metal disks embedded on the top of concrete pillars by the US Military’s Engineering Department, to serve at survey points.

He also knows much about that little understood relationship between the people of Cedros and the people on the coastal and riverbank villages of Venezuela. Many in this part of the country are bilingual, with families and business in Venezuela, thousands closer to the mainland land than to Point Fortin.

Arjoon may also direct you to the graves of the French planters on the L'Enveiusse estate located down the hill closer to the sea –  18th century history lost in high woods but rediscovered recently when the land was cleared for a beach house development.

And if you think that’s old, Arjoon might tell you about the time in the 1990s when he helped famed archaeologists Dr Peter Harris and Dr Arie Boomert in the excavation of a more than 2,000 year old Amerindian settlement found within sight of his land.

He learnt so much from this experience that when he discovered a piece of ceramic some years back, he knew exactly what he had found, shaped by Saladoid people who stepped off the continent and became the Caribbean’s first pottery makers.

This priceless piece of Caribbean history, he kept under an old bucket down the hill behind his ranch, until recently.

None of this Arjoon considers remarkable.

"I am a simple man. I just like to listen and learn. People who visit here tell me the same thing. Tthey wish they could stay...it nothing like where they come from", he told us.

If you want to see for yourself, make that trip to Cedros.

Find the road just after the Old Rest House on the left and start driving south. Ignore that road leading to the mud volcanoes. Continue on. A road on the right will lead uphill. Take that road.

When you see the Zebu, you have arrived.

‘Minister should not have accepted ticket from promoters’

Minister in the Ministry of Education, Dr Francis Lovell, should never have accepted a ticket from the promoters of the Karukera One Love Music Festival to travel to Guadeloupe.

If you think their faces are familiar you are not mistaken.

Sekel McIntosh and Sherissa Redhead have both won the Junior Soca Monarch competition for the second year in a row.

Prime Minister Dr Keith Rowley yesterday admitted the operations at the Immigration Division have regressed and expressed his own annoyance over reports people have to wait six months to get a passport.

Cop arrest 5 who drank too much at Machel's 'wedding'

OUT of 150 people pulled aside for driving under the influence following Machel Monday, at H…