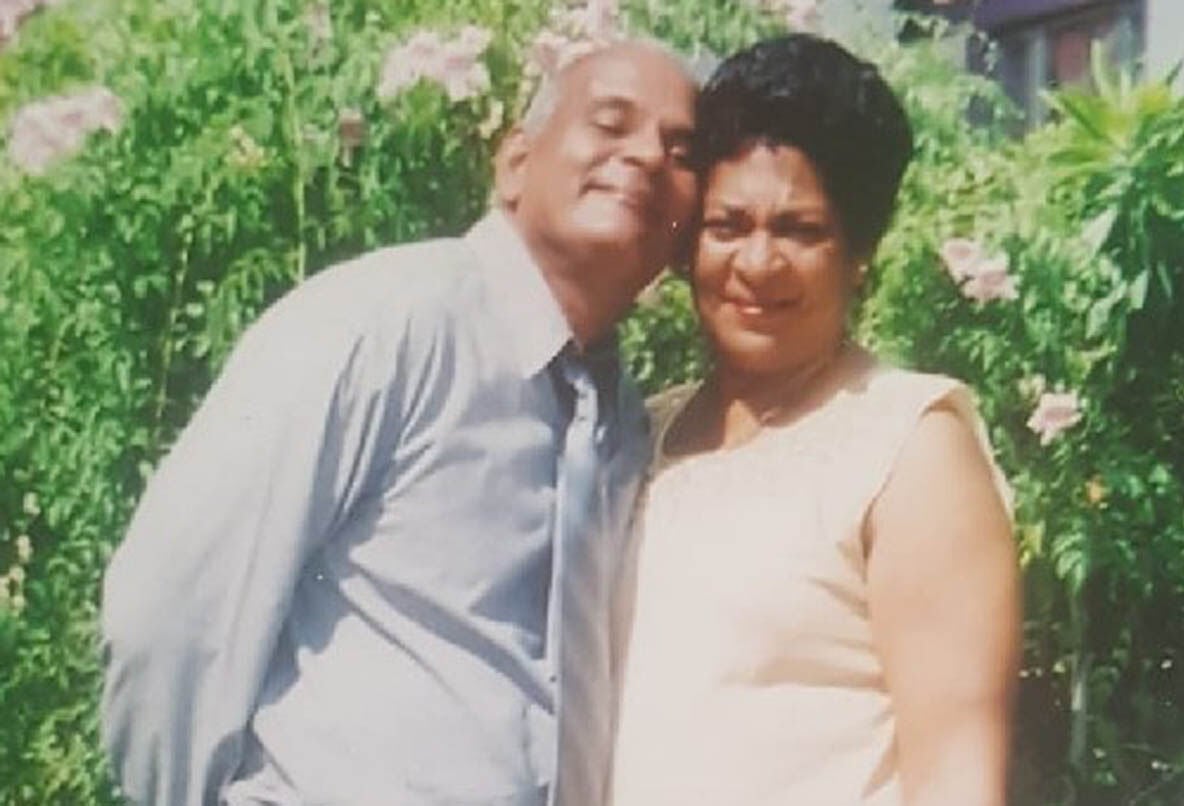 The way they were: Sheriff Mohamed and his wife, Linda. 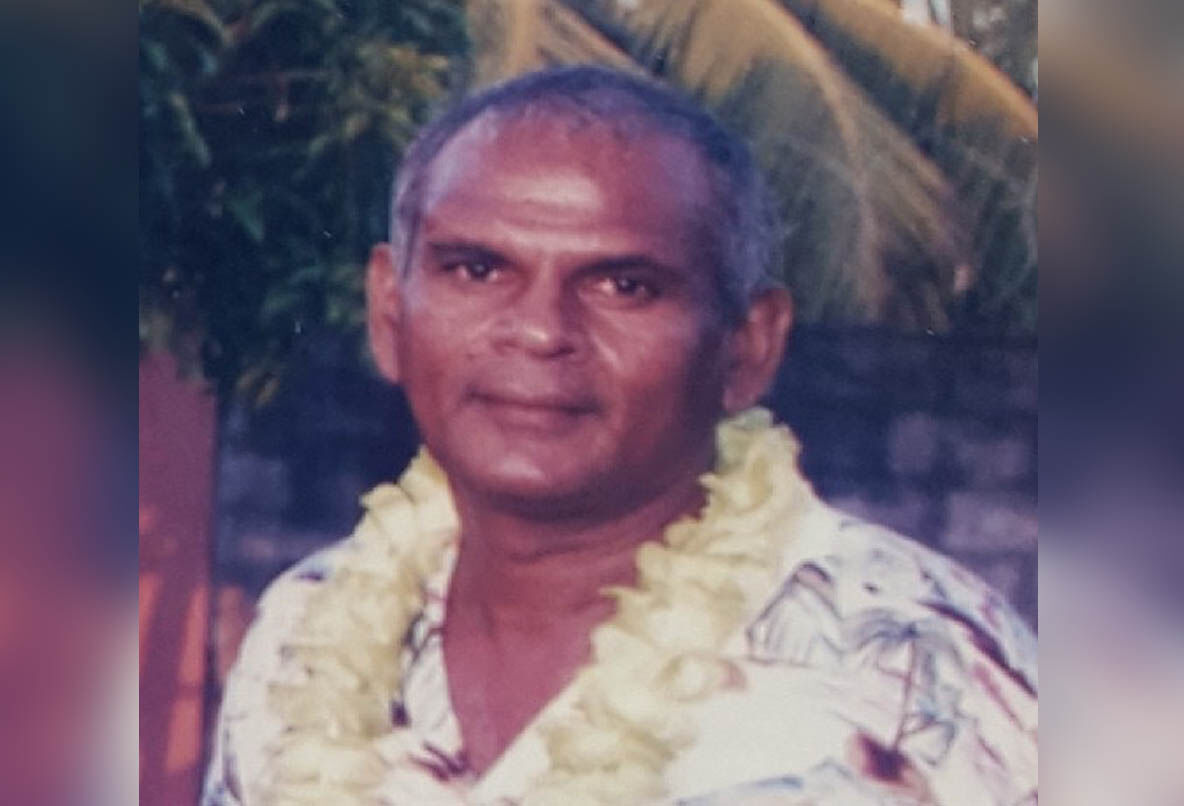 The way they were: Sheriff Mohamed and his wife, Linda.

Before eating every meal, going to bed at night, and especially when there are rainy days, the son of missing Chaguanas retiree Sheriff Mohamed says a prayer and ponders where he is.

Mohamed was 65 years old when he walked out of the Eric Williams Medical Sciences Complex, Mt Hope, almost two years ago, broken physically and mentally after the loss of his wife of 40 years.

Since that day, his son, Ashmead Mohamed, has been on a relentless search to bring his father home.

The basic amenities of having shelter, a comfortable bed, a meal and security are not taken for granted by Mohamed, as he considers that if his father is still alive he may not have access to these.

Ashmead said in an interview yesterday that the “loss” of his father may have begun with the passing of his (Ashmead’s) mother four years before his father’s disappearance.

The lives of Mohamed and his wife, Linda, were entwined for decades through marriage, two children, sacrifices for financial security and care for each other in their sunset years.

Mohamed did not cope well from her physical decline to her death, and then her absence.

“When it came to their dynamics, mom did everything for him, and dad depended on her. Losing her was like losing himself, and ruined how he went about his daily life. He spoke to me about his depression and loneliness. I asked him to live with me, but he did not want to leave the home that our parents had shared. The depression drove him to drink even more than he used to, and he turned into an alcoholic,” said Ashmead. “You could see the depression set in as soon as the funeral was over. When people were around, he was stronger. But when it got quiet and there was no one to talk to, it was hard on him. After the funeral, that’s when things took a downward turn. My sister and I were there for him, but we as children couldn’t replace the companionship they had in everyday life. His hair turned very grey after she died,” he said.

The scourge of cancer

Linda was diagnosed with stage four breast cancer in 2014. On the morning of January 15, 2015, she found it difficult to breathe and died en route to the Chaguanas District Health Facility.

And it was as if life was also lost for Mohamed. Gone were the days of the banter between him and his wife as to who loved each other more, the “sweet hand” cooking, and the warmth she brought that made the house a home. “She accepted him for all his quirks and faults. While there was not much PDA (public displays of affection), they taught me commitment, sacrifice and hard work,” said Ashmead.

Mohamed met Linda when they were in their 20s at what was formerly Valpark Supermarket. She cashed the groceries while he bagged and wrapped them. Then they were joined at the hip.

Mohamed worked his way through several jobs at other companies before he built his own business of distribution and delivery of dry goods, while his wife remained a cashier until her retirement in her 50s.

Ashmead remembers the days when their home at Caroni Savannah Road served as a warehouse for the sale items, but his mother’s keen organisation skills kept their home intact.

While Mohamed put the food on the table, his wife fed the family’s hearts.

“When dad lost his business, Mom had stopped working as well. She had health issues before she was diagnosed with cancer. He got another job doing contract delivery and she went on the truck with him, just to keep him company. It turned into their routine, although she was already ailing from deep vein thrombosis, with swelling in her legs. She still prepared all the meals and went out with him on deliveries.

“With her cancer, for the most part, she was at home after bouts of chemotherapy. The way he dealt with her condition was through alcohol. He was unable to express what he was going through emotionally, and he tried to deal with it in the best way he could until her death,” said the son.

On September 24, 2019, Mohamed fell and hurt one of his arms. And after his children insisted, he sought medical attention at the Chaguanas District Health Facility.

He was transferred to the Eric Williams Medical Sciences Complex, where he was placed on intravenous support to address nutritional deficiencies as a result of the alcoholism withdrawal symptoms.

After two days at the hospital, the family was contacted and told Mohamed was discharged.

Ashmead said the phone call was received at 8.55 a.m., and 25 minutes later he was at the hospital.

“I met a receptionist at the A&E department who walked with me to a bench, but dad was not there. She made some calls to other departments, but no one could find him,” said the son.

Ashmead said his father did not walk sprightly and fast, so it was confusing that he had disappeared so quickly.

He was told the security department “would take some time” to view the security camera footage, and he started combing the surrounding areas for his father.

The family reported him missing at the St Joseph Police Station and, while they waited for the police to activate their investigation, groups of relatives and friends began their search.

Later he was told the camera footage showed Mohamed leaving through a back exit. All hands were on deck for days and weeks, but there was never a trace of Mohamed.

Ashmead said, “What was fishy to me was that dad had his pillow and bag with his stuff, and he was not a person to pick up his things and move with them because of his back problem. None of those things was ever found.”

The family plastered Mohamed’s picture everywhere—from Beyond the Tape, the Ian Alleyne talk-show, to social media, hospitals, and even walked the hospital wards during visiting hours, none of which led to the missing man.

“Going for updates to the police station was disheartening because I felt that no one was taking the case seriously. I thought they would investigate, at least try to put out an APB and be more supportive to the family. At the station, all we got was a handshake and ‘sorry this happened and if you hear anything let us know’. The lead investigator was never there—either not on shift, or check back tomorrow, then she was on leave. It felt like they were making us investigate the case ourselves,” said Ashmead.

He said he was told Commissioner of Police Gary Griffith and former head of the Special Operations Response Team Insp Mark Hernandez were made aware of his father’s missing person report.

“I tried to exhaust every possible avenue that I could then. It all just petered out into nothing. Although people say the chances of him being around are so slender, I am not ready to think that he is just not around anymore. I am a logical thinker and it is difficult to think that he is out there somewhere trying to fend through life for himself,” said the son.

Ashmead said his search for his father took him to the streets in the areas where the homeless seek shelter and food.

“This is a positive thing that has emerged from this. I made contact in this part of the community. People may not think about them daily because they are seemingly invisible. But when the rain is falling, where do they go, or get daily meals and care?

“Before I eat I think, did my father eat? Before I sleep, I think about him. He has done so much in his life, and I see him as a survivor. I am worried about his state of mind, though, because he was in a state of depression after losing our mother. I am more worried about his mental state than his physical state,” said the son.