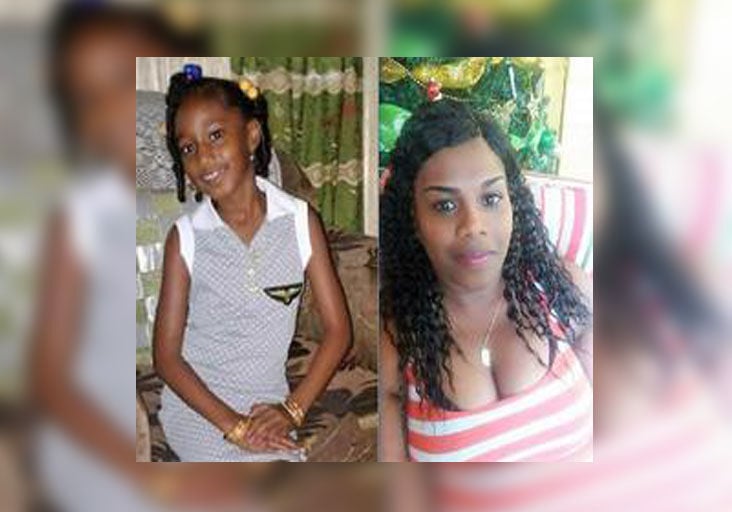 VICTIMS: Nolene Neisha Gopaul and her niece, Alliyah Primus, who died in a fire at their home in Moruga in August 2017. 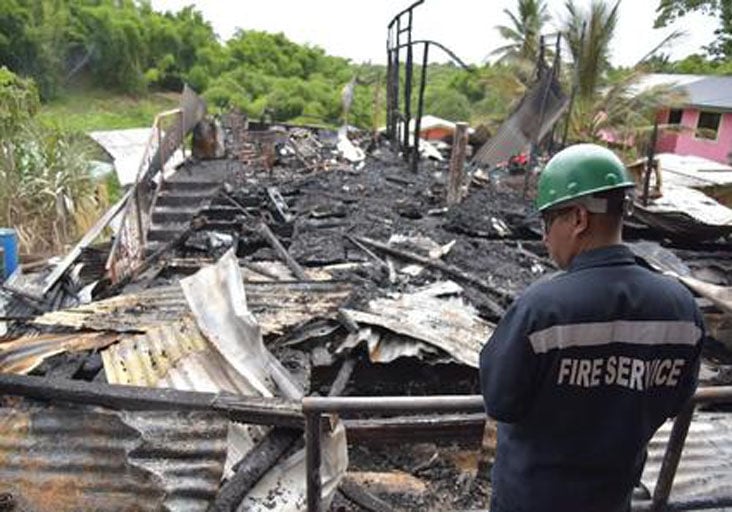 SMOULDERING RUINS: A fire officer assesses the house which was destroyed by fire at Indian Walk, Moruga, in August 2017. The fire claimed the lives of eight-year-old Alliyah Primus and her aunt Nolene Neisha Gopaul. —Photo: DEXTER PHILIP

VICTIMS: Nolene Neisha Gopaul and her niece, Alliyah Primus, who died in a fire at their home in Moruga in August 2017.

SMOULDERING RUINS: A fire officer assesses the house which was destroyed by fire at Indian Walk, Moruga, in August 2017. The fire claimed the lives of eight-year-old Alliyah Primus and her aunt Nolene Neisha Gopaul. —Photo: DEXTER PHILIP

A family in Indian Walk, Moruga, has been living in fear since August 2017. The persons who nailed shut the doors to their home and set it alight have never been held by police.

The other family members saved themselves by jumping through windows and breaking through one of the sealed doors.

Alliyah’s mother, Nicole Gopaul, had called on Police Commissioner Gary Griffith to get involved in the case and find the people who murdered her child and sister but there was no response, relatives said last week. The family has since rebuilt their home.

Nicole Gopaul has moved out of the house. It was too painful to stay there, she said. The Express contacted the family last week. A relative said although their home was rebuilt, the pain of losing little Alliyah and her aunt would never be erased.

“It is something you can never recover from. We are living here in fear knowing that the persons who did this are still out there, maybe close by. We are taking our own safety precautions. We don’t think they will ever be caught. We are forgotten, but we believe our God will give us justice,” a relative said.

There was no motive for the heinous act. The family was well known in the community and had not been involved in any altercations.

The last memory Nicole Gopaul has of her daughter is of her sitting on her aunt’s lap in the front porch of the family’s home. Gopaul then left to spend the night at a friend’s house. Later on, the single mother of one would turn on her cellphone to find 101 missed calls.

Alliyah, her only child, and Nolene Neisha Gopaul, her sister, had died in an arson attack. The remains of the woman and child were found together at the back door of their home.

Nicole said: “I never saw my sister and child’s faces. Every time I close my eyes I would see both of them sitting on the front porch. Alliyah was sitting on her lap. Why would someone do this to our family? I cry every single day.”

Police said the front and back doors were nailed shut and the house set on fire.

Fire officers gathered evidence which was sent for testing but the results were never revealed to the family.

“I have lost faith in the Police Service. I went to the police station trying to get information on the investigation but they had nothing to tell me. I told the officers I need some closure. I couldn’t even see my child’s face for the last time. I think about her every single day. I was a single mother and I tried really hard to make my child happy. My dream was to buy a vehicle to take my daughter out and now I have that and she cannot enjoy it,” the mother said.

Fifteen people, including six young children, lived in the two-storey concrete house. They all escaped, except for Alliyah and her aunt. Fire officers attempted to enter the house to search for them but were prevented by the thick, black smoke.

After the blaze was extinguished, the child and her aunt were found in the kitchen. The girl was still wrapped in her aunt’s arms.

An autopsy performed by forensic pathologist Dr Valery Alexandrov found they both died from smoke and soot inhalation.

Grandfather Lincoln Elvin said he was asleep with his wife Sumintra Gopaul in an adjacent apartment when he heard a loud noise around 2 a.m.

Elvin, now 73, said he looked outside and saw the house where his children and grandchildren were asleep on fire.

“I got the key and tried to open my front door, but current went and the key dropped. I ran back and broke a window to get out, then I started calling everyone. They started to run out. I started to count and ask who was missing. Someone said Alliyah and Neisha were missing. I tried to go in but I could not see anything, and I was calling but no answer,” he recalled.

Elvin said his daughter and granddaughter were trying to get to the back door through the kitchen. Elvin and his wife are now ailing. Relatives said the couple never recovered from the tragedy.

“They are not expecting anyone to be arrested but they are leaving it up to their God now. Both of them have forgiven the persons who did this but they will never forget,” a relative said.

The family was destroyed, Elvin said, as there were no family gatherings. Holidays and birthdays go by without being recognised and too often tears flow, as the memories were too many.

Alliyah was a pupil at Fifth Company Baptist School. Her aunt cared for her when her mother was at work.

Nolene Neisha Gopaul had one daughter, Kernisha McIntosh, who was spending the July/August holidays at an aunt’s house in San Fernando when the fire occurred.

McIntosh, now 18, said her mother was her everything. The teenager said she had chatted with her mother on the phone until 1 a.m. that day.

“But my mom worked near to where I was staying so every morning she would come and wake me up before she go to work. And that morning I woke up and it was late and mummy was not there. Then I saw my daddy and grandma and I was confused. I wanted to know why they came,” said McIntosh.

“Daddy took me into the room and he started crying. I kept asking what happened and then I asked for mummy. My uncle said there was a fire and they could not find mummy,” she said.

McIntosh said she said wanted to hear no more.

“I didn’t know what to do. What would happen to me now? Where would I live? I stayed with my aunt for a while and now I am with my dad,” she said.

Her father, Terrance McIntosh, said he was disappointed in the Police Service and questioned how no one was ever detained in connection with the crime.