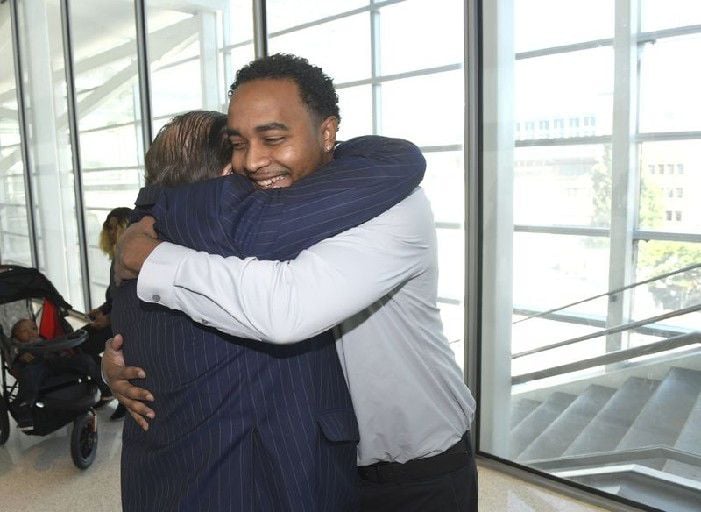 ‘I LOST A LOT’: Virgil Mitchell, right, gives his attorney Murray Richman a hug after having his 2017 murder charges dismissed at the Bronx Supreme Court on Tuesday. 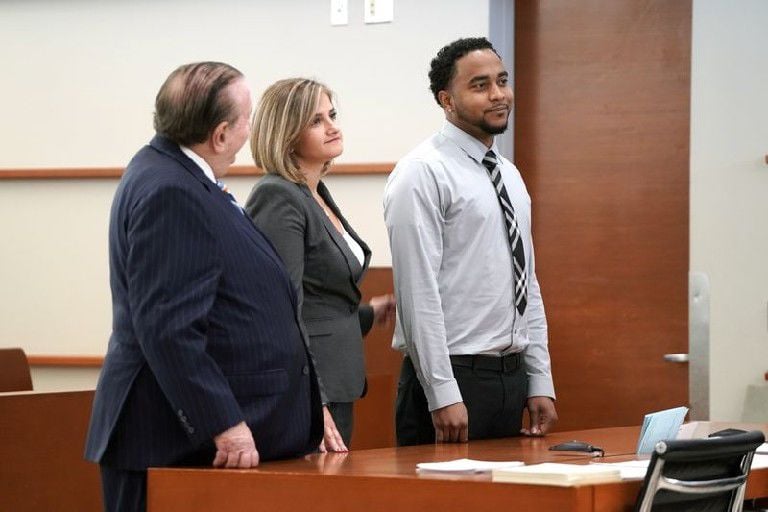 ‘I LOST A LOT’: Virgil Mitchell, right, gives his attorney Murray Richman a hug after having his 2017 murder charges dismissed at the Bronx Supreme Court on Tuesday.

A TRINIDADIAN who spent two years in prison in the United States awaiting trial for a murder in 2017, walked out of a New York courthouse on Tuesday a free man after prosecutors decided to discontinue the case.

It was a time of elation for 34-year-old Virgil Mitchell, who was charged with the murder of Atiba Ramsey, 34, who was shot dead on the evening of June 25, 2017, near an annual Caribbean music festival known as Moksha.

After being freed of the capital charge, Mitchell was quoted as saying he suffered “some psychological damage” but he vowed “not to let it defeat me”.

“Man, I don’t wish that on nobody,” he added about his time in the notorious jail complex while his case was pending.

THE race seems to be already over.

IT’S twice in a row for ten-year-old Avindha Singh.

Granny bids to get Makessi

ALL calypso events in Tobago have been postponed until further notice.