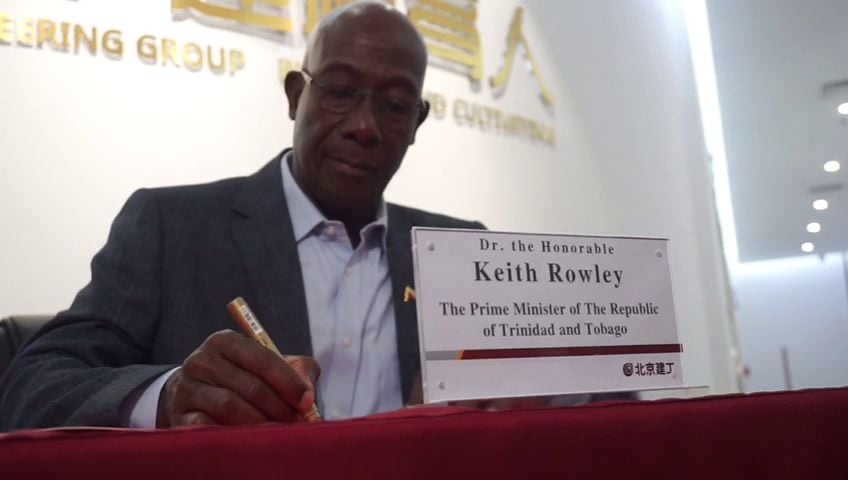 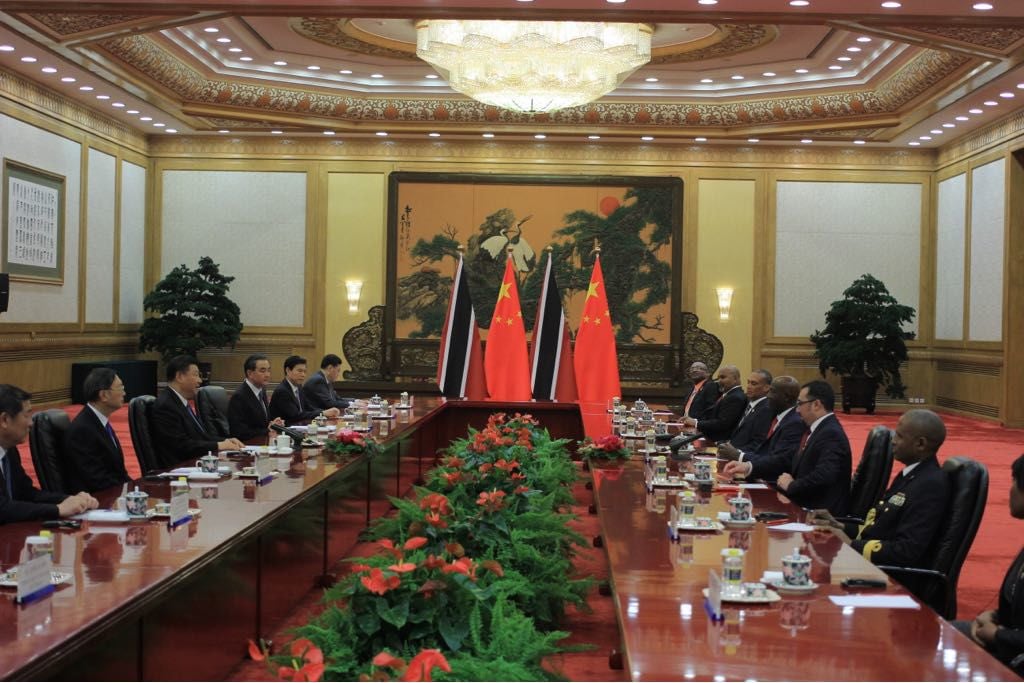 The bilateral meeting between Trinidad and Tobago and the People’s Republic of China. 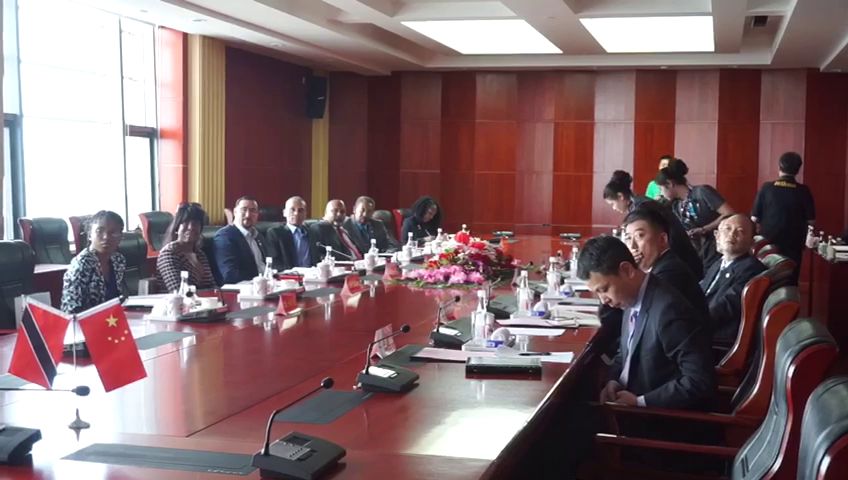 Development of Trinidad and Tobago's tourism industry has featured heavily during Prime Minister Rowley's official visit to the People's Republic of China.

And according to a statement from the Office of the Prime Minister, Dr Rowley's announcement to the Chinese Government to ease visa restrictions to enter Trinidad and Tobago was well received.

It is estimated that some one hundred and twenty million tourists travel annually from China. Prime Minister Rowley announced that once Chinese citizens hold either a United States or Canadian visa then they could also be eligible to travel to Trinidad and Tobago.

Working in conjunction with this measure, Trinidad and Tobago is also making significant strides towards establishing more direct air links and strategic partnerships with the People's Republic of China. In this regard, Prime Minister Rowley led the delegation, which included Minister Stuart Young and the Chairman of Caribbean Airlines, Mr Ronnie Mohammed, to meet with Chairman of HNA Group Co. Ltd., Mr Chen Feng.

HNA Group owns over one thousand two hundred aircrafts, is a substantial shareholder in international hotel chains and boasts of being the largest tour operating company in China.

HNA Group has been invited to establish code sharing and interline arrangements with Caribbean Airlines. They have also been invited to submit a competitive bid to partner with the Government of Trinidad and Tobago on the Tobago Sandals project once the tender process is initiated. It is anticipated that this strategic partnership will allow Trinidad and Tobago to tap into the tourism market in China.

BCEG is currently engaged in building the world's largest airport, the new Beijing International Airport, in China. Prime Minister Rowley congratulated the company on this incredible project and indicated that the properties of Trinidad and Tobago's asphalt render it the best quality asphalt for paving an airport tarmac.

The Chairman of Lake Asphalt, Mr Christopher John Williams, was on hand to deliver a presentation on the quality of T&T's asphalt and also invited the company to partner with Lake Asphalt in developing and monetizing asphalt bi-products.

The Chairman of BCEG has expressed interest in obtaining asphalt from Trinidad and Tobago for the world's largest airport in Beijing China.