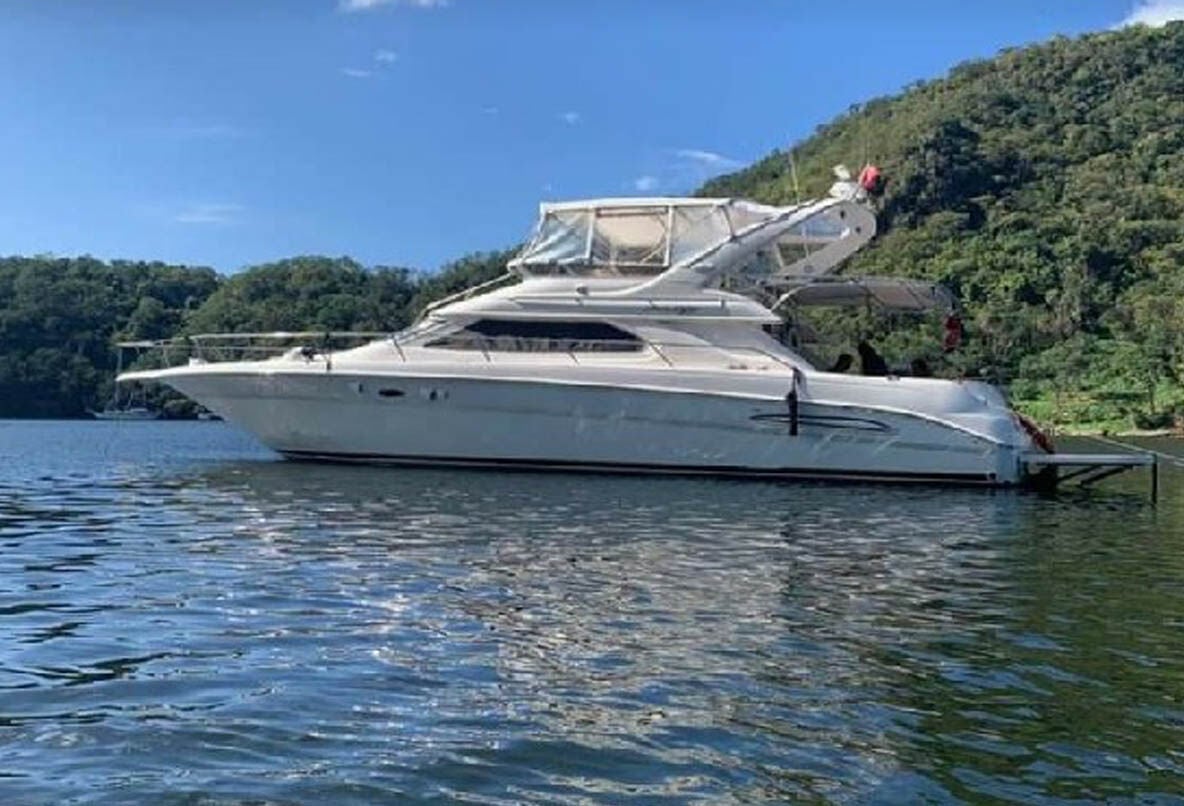 PLEASURE BOAT: Christian Chandler bought the boat from an expat for $910,000 and renamed it Knot Guilty. 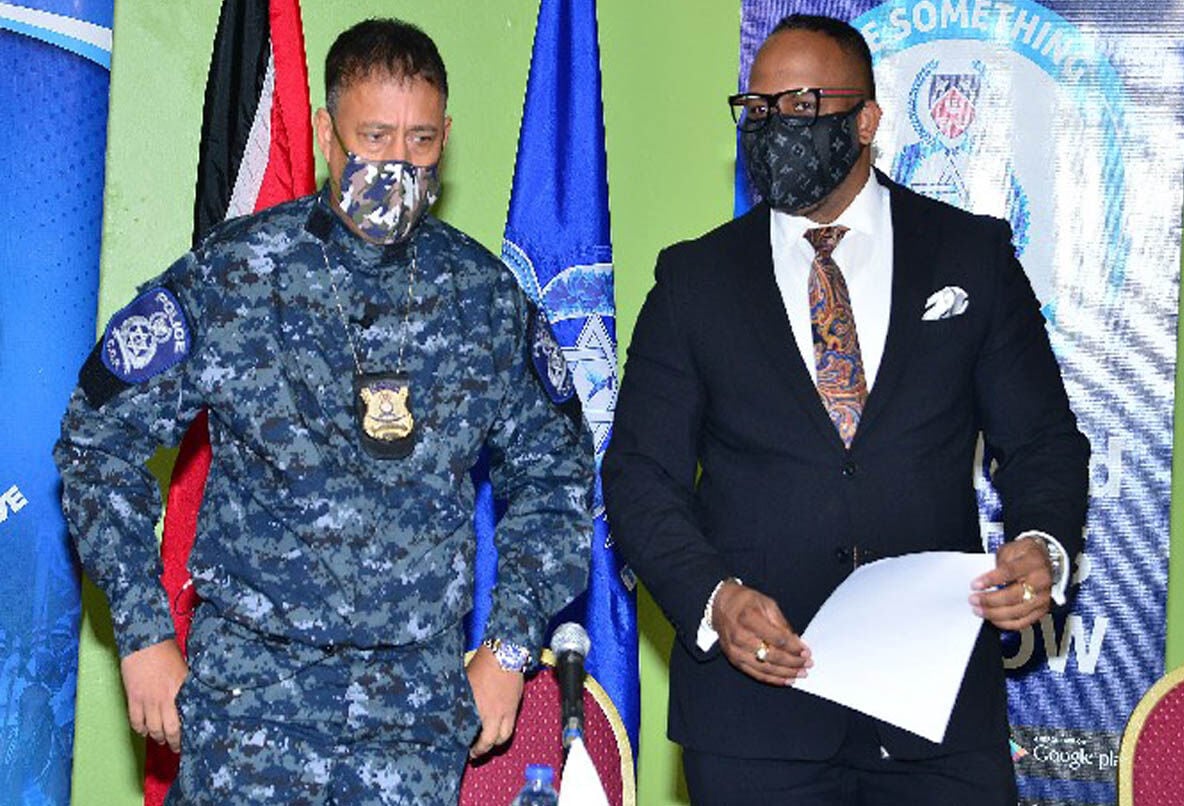 PLEASURE BOAT: Christian Chandler bought the boat from an expat for $910,000 and renamed it Knot Guilty.

Police Commissioner Gary Griffith’s right-hand legal man Christian Chandler is under probe following a distress call from a woman on board Chandler’s yacht, which resulted in a high-seas stand-off involving the vessel, Coast Guard and police.

An Express investigation has revealed officers of the Coastal and Riverine Patrol Unit of the Trinidad and Tobago Police Service were forced to fire warning shots when Chandler, head of the TTPS’ Legal Unit, allegedly refused to comply with orders issued by the T&T Coast Guard (TTCG) to allow them to board the vessel.

The drama occurred on August 5, 2021 when a special team of highly trained TTCG officers responded to the distress call of a 27-year-old Maraval woman who claimed she was being held against her will on the vessel owned by Chandler.

Chandler bought the boat from an expat for $910,000 and renamed it Knot Guilty.

At the time of the stand-off, a heavily legally-armed Chandler, 43, of Haleland Park, Maraval, had in his possession one Sig Sauer 9mm pistol and two magazines with 27 rounds of ammunition and one Springfield Armory 5.56 rifle, multi-calibre with EOTech optic, streamlight TLR-1HL, three magazines and 100 rounds 5.56 ammunition green tip, police sources said.

The woman, who has told police she was terrified for her life and afraid of being sexually assaulted, called the wife of Captaìn Don Polo of the TTCG and related that she was on a pleasure craft with heavily armed men, some of whom were off-duty police officers.

She said she was being refused requests to return ashore, and that a man on the boat was being persistent in his sexual advances towards her despite her constant refusal.

The TTCG quickly responded to the distress call and intercepted Chandler’s 45-foot vessel.

The Express understands TTCG officers called out to the captain of the pleasure craft and there was no response.

Officers then indicated they would be boarding the vessel, but were allegedly told they had no authority to do so by Chandler, who proceeded to “use threatening language”, police sources said.

A decision was then taken by TTCG officers to call the Coastal and Riverine Patrol Unit of the TTPS, which arrived via Vessel 001.

Chandler was again told that TTCG officers would be boarding the vessel and he allegedly refused. Warning shots were then fired by the police marine unit.

Soon after, TTCG officers boarded the vessel and detained 14 people, including Chandler. They also confiscated several firearms and searched the vessel but nothing illegal was found.

Police reports identified those detained as the 61-year-old boat captain, five other men, including a 51-year-old businessman, and eight women.

Chandler’s yacht was eventually escorted to Staubles Bay by the TTCG and Coastal Riverine Unit members.

They were also medically screened.

The boat and its occupants were then taken to Pier 1, Chaguaramas, and handed over to officers of the Carenage Police Station for questioning.

On August 6, the TTCG issued a media release stating: “Acting on information, the TTCG on August 5 intercepted a pleasure craft in the Chaguaramas area in the vicinity of Pier 1 a short time after 8 p.m. Upon investigating, it was found that the vessel had 14 people comprising six men and eight women on board in contravention of the current Covid-19 Regulations. The vessel and its occupants were escorted to the TTCG Headquarters, Staubles Bay, where they were handed over to the T&T Police Service.”

In an interview with officers from the Carenage Police Station shortly after the incident, the woman said she was invited to a farewell lime aboard Knot Guilty for a woman who lives abroad and was due to leave the country the following day.

She said she “arrived at Pier 1 around noon on August 5, 2021, and boarded the vessel with others ...”, according to the report.

During the course of the afternoon she became fearful for her life, as several off-duty officers were brandishing their firearms.

She claimed as well that a Diego Martin businessman whom she named made unwanted sexual advances towards her.

The businessman was interviewed by police and he denied the allegations.

Chandler was interviewed as well as the other officers on board and they all denied the woman’s allegations.

Their Firearm User’s Licences were examined and the confiscated firearms were handed back.

All passengers except Chandler and the officers were escorted to their homes by the Marine Unit, while the vessel remained at Staubles Bay, as is the policy of the TTCG in such circumstances pending instructions.

Enquiries are continuing to ascertain if there was a breach of Covid-19 regulations, which permits gatherings of up to five people maximum, and other offences.

Numerous attempts by the Express on August 10, 11, 12 and 13 to obtain a comment from Chandler by telephone on the incident were unsuccessful.

On August 7, Chandler was quoted in Newsday as stating he was not arrested for breaching Covid-19 regulations.

“I was never arrested. That is totally false. And, further, at no time did I ever breach the Covid-19 regulations. This story is just a matter of persons who are hell bent on slandering my name and creating conjecture,” he told the newspaper.

Fully vaccinated, Manning's condition could have been worse

Workers take their union to court