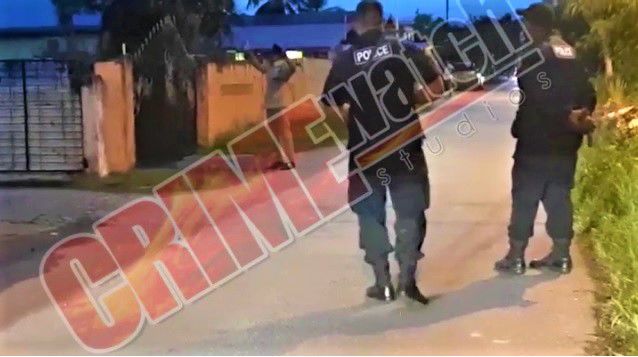 Police officers trying to reason with the suspect shortly before the shooting. 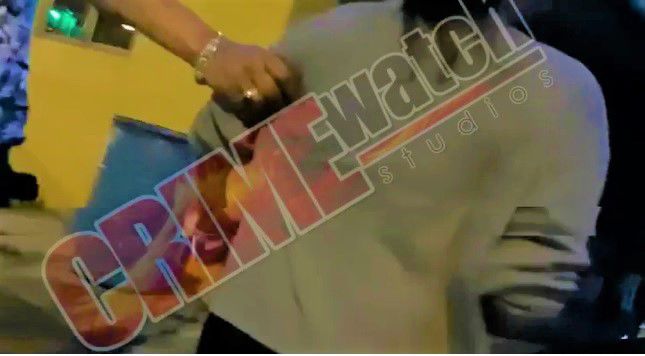 Ian Alleyne taking his sister away shortly after the shooting

DANA Alleyne, the sister of Crime Watch host Ian Alleyne, was held hostage by a man who demanded a one-on-one meeting with her brother this evening.

The standoff ended with police shooting the man during a volley of gunfire.

Shortly before nightfall, police responded to a report of a disturbance at an apartment at Biljah Road, Chaguanas.

This after neighbours reported gunshots.

At least four officers along with Ian Alleyne were seen trying to reason with the man who shouted “Ian, me and you alone. Everybody back off!”.

It’s unclear what happened next but a man is heard saying ‘drop it please, I begging you’ before shots were fired and the suspect hit. He was taken into custody and carried off to the hospital.

A traumatised Dana Alleyne was led from the scene by her brother who also appeared to be carrying a gun. She could be heard asking “they shoot him?”

Senior Superintendent Wayne Mystar said the suspect was shot when he raised his gun to fire on officers.

It is being reported that the suspect may have been high on narcotics.

Charged with robbing cop of gun and money

A second man is expected to appear before a San Fernando Magistrate today, charged with the …