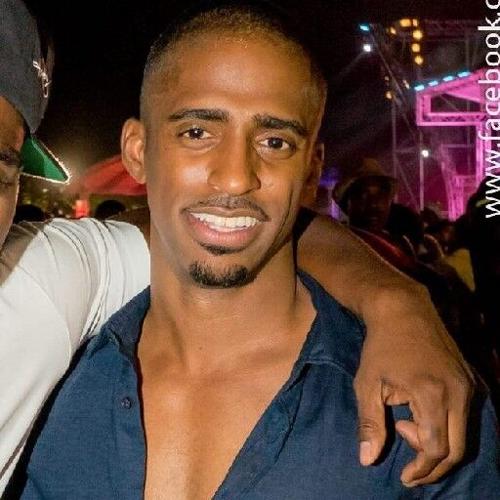 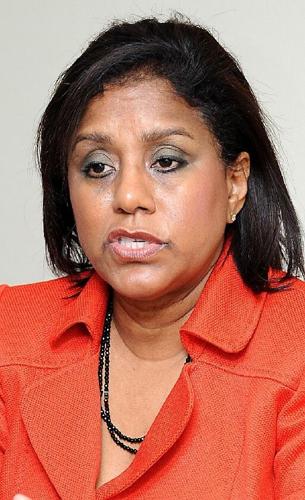 Businessman Adrian Scoon believes he is being targeted by the media because of his mother’s profession.

“Had it not been for her role as a public servant, I truly do not think this event would have been under such scrutiny,” he said in a lengthy “open letter” Facebook post yesterday.

Scoon, the son of Trade and Industry Minister Paula Gopee-Scoon, said he understood “that the police have to do their job but what has transpired since Boxing Day has made me question the motives behind what can only be described as a public character assassination and, more frighteningly, the motives of possible individuals behind this attempt”.

He also said he feared for his life when he was detained by police for questioning: “While I will not go into the details of the unconstitutional instances that came with my detention at my place of residence, I will say that, at one point, because of a lack of information and access to counsel, I genuinely feared for my life during that peculiar ride in a police vehicle.”

Scoon is currently under police investigation for hosting a “Seaside Brunch Party” on board his Ocean Pelican boat on Boxing Day last year which attracted about 100 patrons at tickets priced at $450.

The investigation is two-fold: the special restaurant liquor licence obtained from Customs and Excise and possible breaches of the Public Health Ordinances.

Following is the text of Scoon’s “open letter”:

I have seen and experienced an unprecedented amount of attention related to a brunch that took place on the Ocean Pelican on Boxing Day. Initially, I chose to remain silent and be guided by the proceedings, however, I feel it necessary to give an honest perspective as to the extraordinary events that have unfolded and continue to unfold.

Our business, the pleasure craft business, has been closed for two years. It is the only industry that has not been allowed to re-open, not even for a brief moment, throughout the pandemic. During this two-year period, we received no financial aid or assistance from the Government and, consequently, have lost all of our staff and our business as a whole.

In November 2021, I wrote a letter to the Office of the Prime Minister enquiring why bars were given the liberty to re-open and we were not. I received no response. For the sake of clarity, the Ocean Pelican is an outdoor venue and, therefore, according to globally set guidelines, safer than a vast majority of enclosed bars that are operating around the country.

I highlight the aforementioned lack of response solely to dispel the erroneous presumption that I am a recipient of politically motivated favouritism.

Contrary to popular belief, the Ocean Pelican is not classed as a “party boat”. We are a passenger vessel with the permission to operate at a max capacity of 250 persons. Since 2019, we have held a valid special restaurant licence and while we have hosted many parties in the pre-Covid era, we have also done many weddings, birthday celebrations, religious fund-raisers and family days.

In this pandemic, we have seen businesses creatively change their models to survive. We have seen establishments sell food under the guise of a ‘grocery’ during the SoE when selling food was explicitly banned.

As I write this open letter, establishments best known for being nightclubs are still allowed to operate as nightclubs under a restaurant licence (the very same licence we possess). We have all seen viral videos of their patrons partying unmasked, enjoying themselves while nightclubs are currently banned from operating under the Public Health Regulations.

Am I mad about this? NO. Because everyone should have the right to work. These establishments are attempting to survive after long periods of closure and suffering. When they operate safely, people receive employment and they are able to feed their families. Bottom line.

Similar to those establishments, we decided to pivot into a floating bar and restaurant and operate as a Safe Zone in an attempt to restart our business and more importantly SURVIVE.

The vessel was moored. There was no captain, engineer or crew present on the day in question. Both engines were turned off. All invitees to the brunch had to show proof of vaccination, sanitise and take temperature checks upon entry, like every other Safe Zone in the country.

Notably, our vessel was also well below the required 50 per cent capacity, allowing patrons to safely interact. Our vessel is located just off a main road. We were not hiding. We even created an instructional safety video that we filmed live with the intention of sending it to the CMO as real time proof that we could resume sailing, eventually. That video has been since sent to the Acting Commissioner of Police.

I completely understand that the law is left for interpretation and the determination of whether or not the law was broken is left up to the DPP’s office. I am prepared to defend my position and continue cooperating with authorities as I have been since Day 1.

I understand that the police have to do their job but what has transpired since Boxing Day has made me question the motives behind what can only be described as a public character assassination and more frighteningly, the motives of possible individuals behind this attempt.

While I will not go into the details of the unconstitutional instances that came with my detention at my place of residence, I will say that at one point, because of a lack of information and access to counsel, I genuinely feared for my life during that peculiar ride in a police vehicle.

To the media and media personalities:

Knowing how many people are worried about crime, the economy, their health and safety, rising food prices and a public health crisis, I am truly disappointed in your obsession with the reporting on and harassment about a brunch that took place three weeks ago.

The very next day after your first report, there was a boat held at sea with 60 people, reportedly with members of the protective services among them, and others with illegal firearms on board. Far from a Safe Zone, this allegedly illegal event was featured in just one article. To the knowledge of the public, police have not searched anyone’s homes or made recent mention of that in their subsequent press conferences.

It is clear that I am being targeted by the media because of my mother’s profession. Had it not been for her role as a public servant, I truly do not think this event would have been under such scrutiny. As a family, we are well aware of the challenges and scrutiny that come with public life but this issue has become traumatising and debilitating for myself as well as my family and friends.

Being at the core of this, experiencing this level of harassment, knowing the facts and then seeing what is actually being reported is shocking ,scary and disheartening.

I want to emphasise that I’m fully aware that we are in a pandemic and there is a balance between operating safely and earning a living responsibly.

I will continue to reasonably cooperate with the investigation until this matter is concluded. If I am to be charged, I will defend my case in a court of law. I will continue to strive as an entrepreneur and fulfil my dreams and goals of improving our tourism sector, which I am extremely passionate about.

I thank all my friends and family that have supported me during these challenging times. I genuinely and sincerely appreciate you.