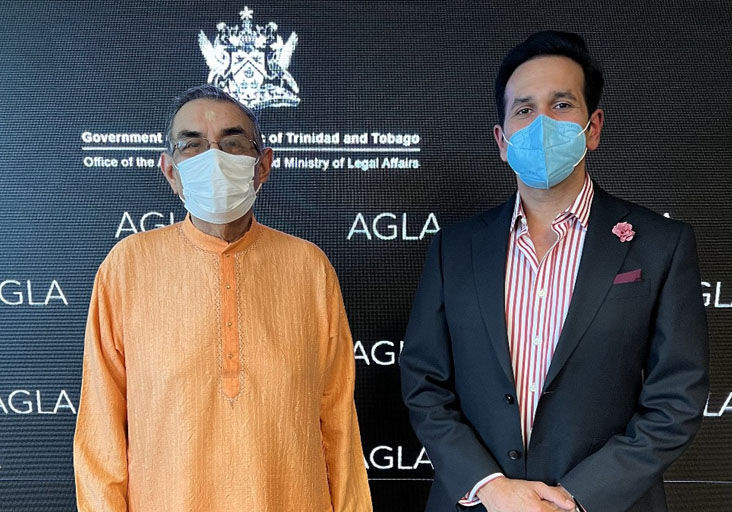 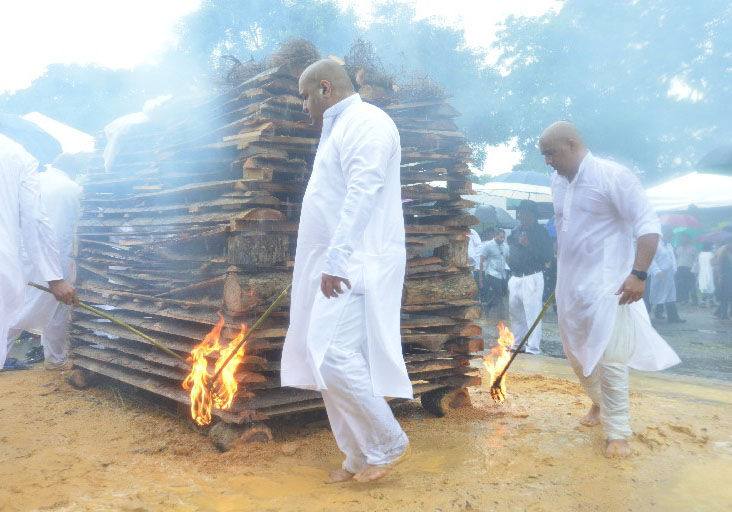 Government’s decision to lift the ban on open-air pyre cremations for Covid-19 victims is a victory for the Hindu community and the people of Trinidad and Tobago, says Sanatan Dharma Maha Sabha (SDMS) Secretary General Vijay Maharaj.

The Office of the Attorney General announced yesterday that following discussions with stakeholders, permission will be granted for the holding of open-air pyre cremations for Covid-19 victims.

In a phone interview with the Express last evening, Maharaj said once open-air cremations resume the Maha Sabha will withdraw its legal action against the State over the ban.

Since the Covid-19 pandemic began in March 2020, open-pyre cremations for Covid-19 victims have been prohibited.

The SDMS has argued that this is discriminatory and commenced legal action.

Both the SDMS and the Health Ministry were given until March 25 to present their submissions to the High Court in the matter challenging the ban on open-pyre cremations for Covid-19 victims.

He thanked Prime Minister Dr Keith Rowley for the lifting of the ban.

He said the SDMS and its attorneys would be working throughout the night to present Attorney General Faris Al-Rawi with Covid-19 guidelines and protocols for open-pyre cremation today.

Maharaj said it was a “hard fight”.

“I feel we have been justified in stating that our rights and rituals have to be adhered to. We have a place in Trinidad and Tobago and we should be treated fairly and be heard fairly,” he said.

Maharaj said open-air cremation was not strictly for Hindus, but for many others as well.

He emphasised the financial relief it offers as it is less expensive than indoor cremations.

“I think it’s not only the Hindu community but other communities who feel and understand that this unfairness. The truth of the matter is not only Hindus cremate because when you go on the cremation site, you hear (songs by Christian singer) Jim Reeves. The Christians are also cremating their loved ones. When you read the obituaries, you see cremation according to Christian rites. So I think it was affecting the Hindu community 75 per cent, but it also affecting the rest of the community and they got on board,” he said.

Maharaj noted that Chaguanas Mayor Faaiq Mohammed, a Muslim, also called for the ban to be lifted.

“It was affecting the entire country but more so the Hindus so we had to be most vocal. This is a victory for the people of Trinidad and Tobago led by the Hindu community,” he said.

He noted that open-air cremations start at a cost of about $6,000 compared to indoor cremations, which can cost $25,000 and more.

“The Maha ­Sabha never enters a case without us believing that we can win it. We have done it twice with the Trinity Cross, with the radio licence,” he said, adding that there were also other matters that the SDMS had pursued successfully.

“We do not idly jump into court and we do it for the entire community. This is a victory for all because a lot of people will be able to save some money and it will bring a proper closure to the families that are in mourning. They don’t have to wait two and three weeks and so forth,” he said.

SDMS legal adviser Dinesh Rambally told the Express last night that he working on the guidelines as to what would obtain at the cremation site with a Covid-19 body.

“I am presently working with the Pandits’ Parishad of the Maha Sabha in drafting some soft protocols which the AG will take on board. We will deliver same to him (today) at the earliest possible time. Thereafter, the AG and his team will work with the (Chief Medical Officer) and his team. I am hopefully that a full reopening can occur by Monday but it is the AG who is in a better position to speak to this. We want it at the earliest,” he said.

The Express spoke to Al-Rawi last night, who said he was awaiting the guidelines from the SDMS in order to immediately action it.

The AG said he was very pleased he received the recommendations to re-commence open-air cremations.

“You have to understand the Government takes advice and the CMO is still very clear, it is a dangerous aspect but bearing in mind where we are now, the level of exposure, the viral load, the other factors, etc. The point is, we couldn’t do it sooner,” he said.

Al-Rawi expressed gratitude to the SDMS and other entities that lent assistance, as he reiterated the Government has always been guided by the health team.

Asked when could the country expect resumption of open-air cremations, Al-Rawi said he was told he will get the SDMS protocols today.

“I have put myself on stand-by to move mountains to get this thing done as fast as possible,” he said.

Asked if open-air cremations could resume as early as next week, he said: “Yes, if not sooner.”