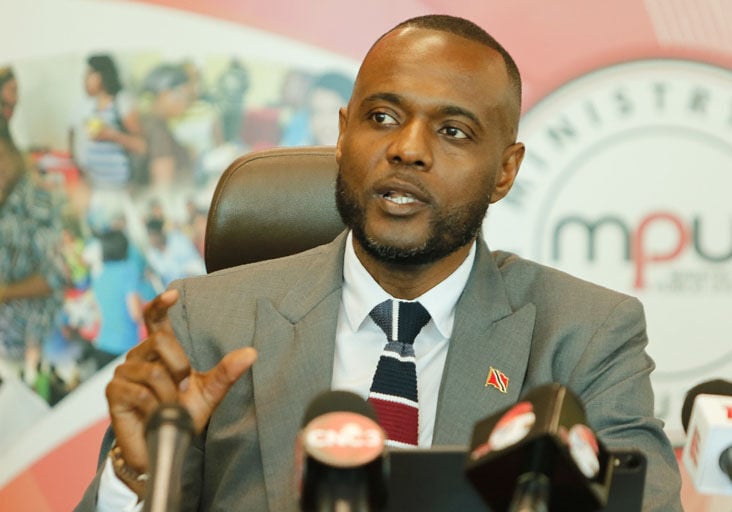 big changes: Minister of Public Utilities Marvin Gonzales speaks to members of the media during a news conference at the ministry’s office in Port of Spain, yesterday. 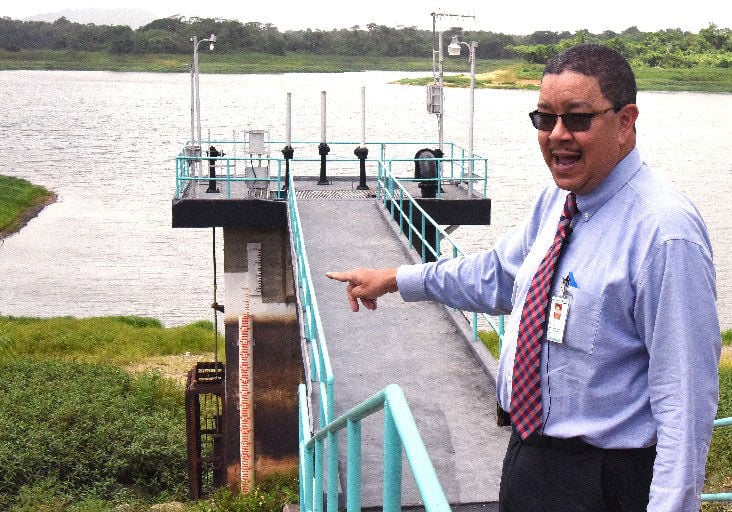 big changes: Minister of Public Utilities Marvin Gonzales speaks to members of the media during a news conference at the ministry’s office in Port of Spain, yesterday.

The Water and Sewerage Autho­rity (WASA) has replaced its acting chief executive Alan Poon King as part of a programme to turn around the utility which has been leaking billions of dollars for years.

WASA was yesterday described by Public Utilities Minister Marvin Gonzales as corrupt, unproductive, unwieldy and an organisation where efficiency was sacrificed for political patronage.

In the last ten years, the State water provider has cost taxpayers $23 billion, with only 46.5 per cent of the population receiving a reliable supply of water, according to the Regulated In­dustries Commission (RIC).

But if Gonzales has his way, this scenario will be part of the company’s history.

At a media conference to announce that Ca­binet has accepted the findings of its subcommittee to examine WASA, Gonzales said new decisions were made following a special Cabinet meeting on Monday:

That position encompasses both the CEO and chairman roles.

2. A deputy executive director will be selected to support Sealy in the transformational work for the company.

3. From today, Poon King will revert to his position as director of Customer Care after acting as CEO since 2016.

5. While no decision has been taken with regard to WASA workers, an audit will be conducted by new management.

According to Gonzales, based on past reports, the organisation is overstaffed.

7. The subcommittee’s report will be laid in Parliament on March 5 after a ministerial statement.

He read a part of the executive summary of the Cabinet committee’s report, which said, “The Water and Sewerage Authority has become an unwieldy, unproductive, unresponsive organisation that has deteriorated and is no longer efficiently serving the citizens of Trinidad and Tobago.

“Efficiency was sacrificed for political patronage and management accountability exchanged for industrial stability, resulting in an organisation in which there is little correlation between the contents of collective agreements and the realities of providing a national service to the population at an affordable and acceptable cost to taxpayers.”

For the minister, the issue is less about its ageing infrastructure which results in frequent leakages, but one of management.

The goal is to achieve a modern WASA where the entire country can have a steady water supply and not have to endure the “national embar­rassment” of truck-borne water.

He was reluctant to commit to a time frame for the transformation, but believes by addressing the managerial issues, it would augur well for the company.

Gonzales said neither the winding down of the State enterprise nor privatisation were options at this time.

Questioned by repor­ters on whether corrup­tion was one of the subcommittee’s findings, Gon­zales answered: “For me to say that corruption is not an issue within the Water and Sewerage Authority, I will not be truthful to my oath of office.

The cost of WASA

The cost to run WASA is about $2.5 billion annually while its revenue is $800 million.

The Government gives WASA a subvention of $1.9 billion.

At the “Spotlight on the Budget in September 2020” event, Finance Minister Colm Imbert said for fiscal 2020, the support to WASA was $2.5 billion, including standing for a US$100 million loan to pay off debts to Desalcott.

“WASA has not been paying its bills to Desalcott. We have had to borrow $700 million. So when you add up the monthly subvention to WASA, that $700 million for desalinated water and other debt that we incurred for WASA, you’re talking $2.5 billion subsidising WASA in the last year or so,” he said.

Two weeks ago, Imbert, in an update on the first four months of the fiscal year, said:

“For the last three years, the Government has supported WASA by way of loan financing for its basic operations to the tune of $2.27 billion, including a loan facility of $675 million in 2020 just to pay for desalinated water, which is already spent and must be replenished.

“In addition, through direct subventions, again for its operating expenses, we have provided WASA with a further $1.67 billion per year, making the total financial support to WASA over the last three years equal to $7.28 billion. And with all that funding, WASA still struggles to pay its bills to suppliers and contractors.”

Gonzales said the managerial chan­­­ges at the utility are necessary to work on the recommendations made by the subcommittee of Cabi­net, with the input of technical exper­tise.

In September 2020, the committee was established to address WASA’s woes.

It was given a deadline of November 30.

“The reason why Government has taken the decision to appoint an executive director and deputy executive director is because the Cabinet is of the firm belief that issues surrounding the water sector and WASA is a management problem and, therefore, we need to reorganise the management of WASA...that’s the only way in which the people of this country can benefit from an efficient water supply,” he said.

He acknowledged that over time, many reports were done on addressing the failings of the company, but he believes by next year there will be significant changes.

Last year, Prime Minister Dr Keith Rowley said he was awaiting a comprehensive review of the water company, after which the Government will act “to restructure WASA while aiming to minimise the loss of jobs, maximise productivity, reduce the subsidy” and provide an adequate water supply to the nation.

The life and times of Diane

She is known as the mother of Attorney General Faris Al-Rawi, but Diane Seukeran has made he…

WHY I WAS SILENT

AFTER sustaining widespread criticism for her perceived silence on mounting violent crimes against women, Trinidad and Tobago’s first female President, Paula-Mae Weekes, has broken her silence.

Walk out from your workplaces

NINETEEN activist groups have invited the nation to stage a “walkout” from workplaces in observation today of International Women’s Day (IWD) and to honour the activism that followed the murders of several young women, including Andrea Bharatt.

HE has suffered the horrific loss of his only daughter to violence but Randolph Bharatt remains optimistic on this International Women’s Day.

Prior to him participating in a vigil in Port of Spain organised by the Candlelight Movement last Friday where he signed a petition in support of legislation for women’s safety, Bharatt was asked his thoughts on the strides women have made: “I think they have started. Something good might happen.”