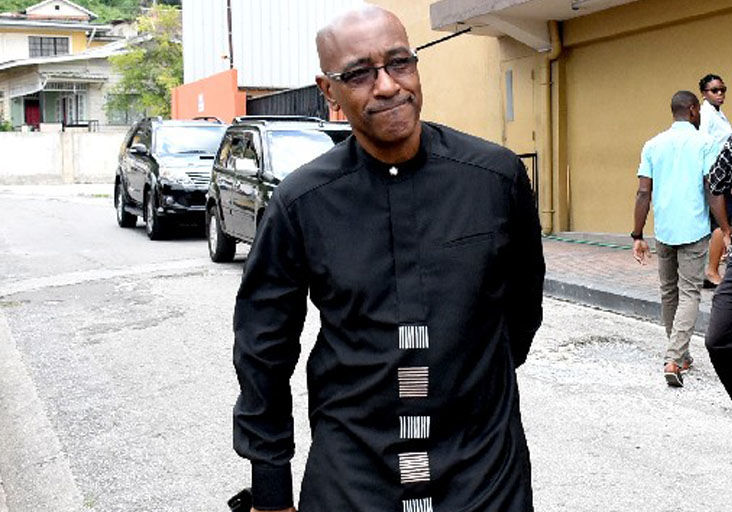 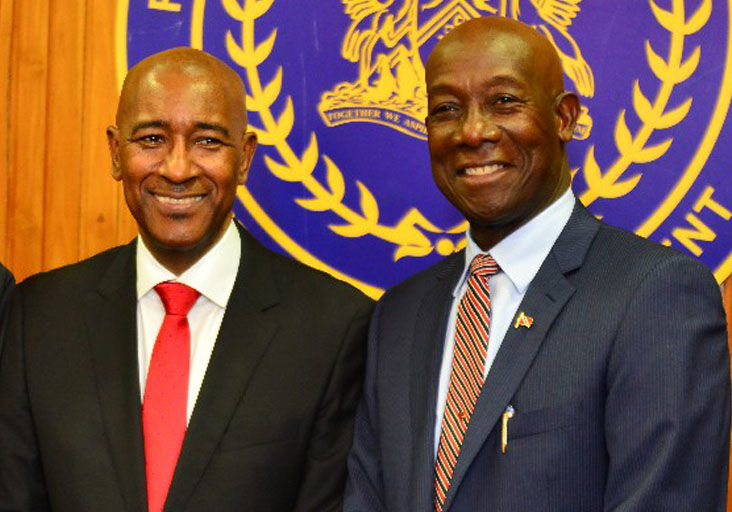 A virtual water clash within the Cabinet has led to the sudden resignation of public utilities minister Robert Le Hunte.

Le Hunte, who gave up Ghanian citizenship to serve in the Keith Rowley Cabinet, has walked away after almost three years, and just months before a general election.

He will also lose his position as a Government senator and as vice-chairman of the Roadmap to Recovery Committee.

Le Hunte’s resignation came because he could not accept Cabinet’s decision not to approve a proposal submitted by him for the implementation of a $1.5 billion metering system for all WASA customers, the Express has learnt.

It was the Prime Minister’s way of seeking to bring a final decision on a water supply policy.

The Government’s vision is to maximise the utilisation of fresh water in Trinidad and Tobago that would have the effect of reducing, if not eliminating, the State’s commitment to costly desalinated water.

The Prime Minister took the position that if WASA didn’t seek to augment fresh (natural) water supplies, when the desal contract comes to an end in 2030, it would be forced to renew it at a significant burden to the Treasury. Le Hunte’s position was that the country had enough water and the problem was wastage. He felt that if there was metering, people would use less water and there would be enough to go around.

Le Hunte therefore proposed the implementation of a metering system throughout Trinidad and Tobago at a cost of $1.5 billion.

‘Not looking for water riots’

However, the Government believed that a pre-condition to metering was a reliable supply of potable water.

“Could you see the PNM (People’s National Movement) going up in Laventille and all about the country talking about metering who don’t even get a regular supply?” a senior source asked yesterday, adding: “We were not looking for water riots”, referring to the infamous water riots in 1903.

The note was brought to the Cabinet last Thursday at the virtual Cabinet meeting and the vast majority of ministers were opposed to the note’s recommendations, the Express learnt.

The Cabinet took the position that the Government could not afford to take on $1.5 billion in debt, especially when there would be no additional production and it only involved metering on the existing supply.

Members did not agree with the analysis that metering was the solution. The sentiment in the Cabinet was that an adequate water supply had to precede metering.

The Cabinet also felt the original mandate of the project, as envisioned by the Government, to reduce the expenditure of foreign exchange in the purchase of water from the desal plant had not been addressed.

Cabinet: We can’t afford it

“In support of his objections, the Minister of Finance stated that the country was significantly in debt, that the rating agencies were looking at us, and something like this, (borrowing a further $1.5 billion) will cause them to further downgrade us with all its implications,” the source said.

The Finance Minister stated further that the country was fighting coronavirus now with serious economic constraints, that Government was going and spending $15 billion that it didn’t budget for, and like many other countries was forced to borrow that money to get pass this Covid period, so we could not afford to borrow this additional $1.5 billion now, the source said.

In mulling over the proposal, the Cabinet also considered the fact that no one knew how long the pandemic would last and how much more social spending the Government would have to commit to.

With no Cabinet support for Le Hunte’s proposal, the Prime Minister announced that the note needed to be “re-purposed” and that he would direct Le Hunte on what the note should say.

Le Hunte disagreed with the idea of re-purposing the note.

The Prime Minister however proceeded to indicate what the note ought to propose and what its recommendations ought to be in the re-purposed note.

Le Hunte is said to have raised his voice and was visibly upset.

The Prime Minister then said: “We cannot fix this note in this way, in a meeting in front of the Cabinet, so the note will be withdrawn.”

Le Hunte appeared to become incensed, he defended the note, taking issue with those who opposed it.

The Prime Minister stated: “Robert, stop. This is the Cabinet and I am not going to have this kind of behaviour.”

Le Hunte continued to argue, until the Prime Minister told him: “If you continue, I am going to have to ask you to leave the meeting.”

Le Hunte replied: “You can do that but I will have my say.”

Le Hunte also ignored calls from other members of the Cabinet to calm down, sources said. One member even called on him to apologise.

The Prime Minister then declared: “If you say one more sentence on this note, you will have to leave the (virtual Cabinet) room.”

Faced with this ultimatum, Le Hunte became silent and the Cabinet meeting continued on other matters.

Later that evening the party screened a number of election candidates and Le Hunte, who is PNM Vice-Chairman, chaired the Screening Committee for the screening of the Prime Minister as candidate for Diego Martin West.

Le Hunte continues to serve at the party level.

Last Friday, when the Prime Minister went to his office at the PM’s residence around 7 p.m., he met an envelope containing Le Hunte’s letter of resignation.

On Saturday he accepted it.

Sources close to Le Hunte said he offered his resignation and it was up to the Prime Minister to accept or reject it.

A source close to Le Hunte has however denied that he was agitated and remained calm throughout the Cabinet meeting.