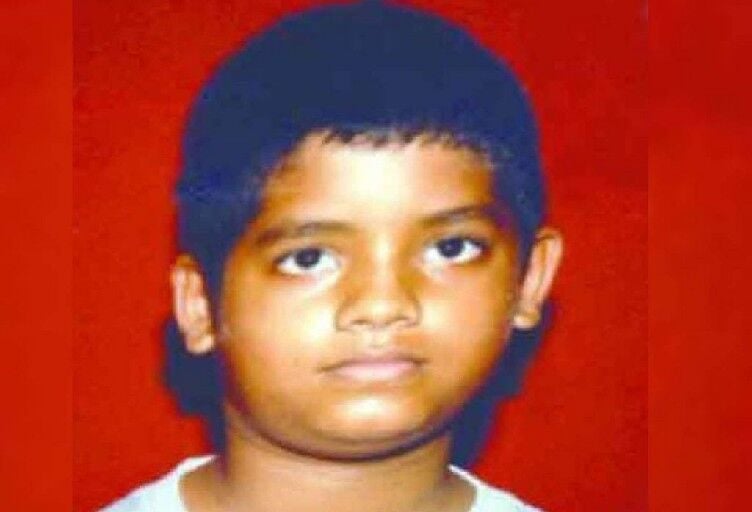 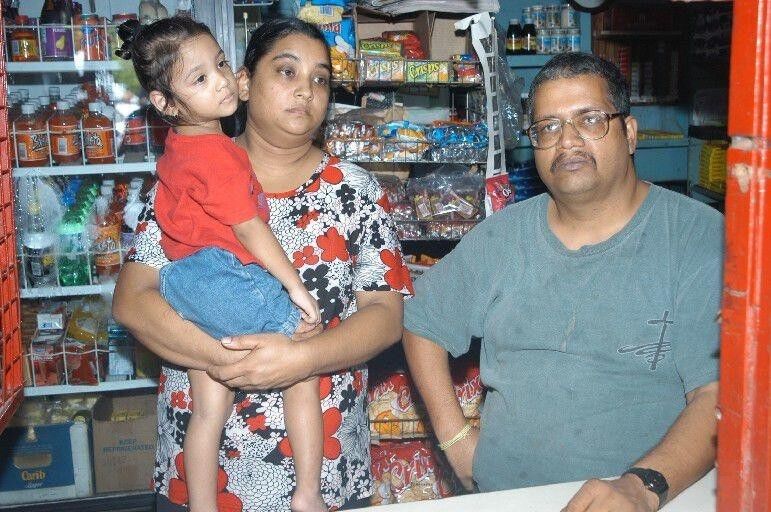 THE heart-wrenching story of Vijay Persad, taken from outside his family’s mini-mart in Indian Walk, Moruga, in June 2004 by men demanding cash, and never to be found again, cannot easily be forgotten.

Like so many young children taken away in violent crimes, the Vijay Persad case remains seared in the minds of many who find it impossible to shake off.

His family’s last memory of the ten-year-old child was watching his bloodshot eyes and outstretched arms begging for someone to save him as he was being carried away by his captors.

Devout Hindus, the family held pujas and prayed for Vijay’s recovery. Ragkumar Persad, his father, never released his prayer beads or stopped chanting mantras (Hindu prayers) as he blamed himself for not being able to save his son.

Five days after the kidnapping, his family received a ransom demand. Vijay was allowed to speak with his family. His voice was faint as he suffered from asthma and needed his medication.

The family raised some money to pay for Vijay’s release but no more calls came.

Relatives said the family was deeply traumatised and their lives were on hold, waiting for their son’s return.

Back then, investigators said they had pursued every lead, one of which led them to two houses in Cumuto, where they were told Vijay was being held, but that raid proved futile. Except for a few pieces of broken furniture, the houses were empty with no sign of recent use.

The family even offered a reward of $20,000 but that, too, remained unclaimed.

Police described the case as an opportunistic kidnapping and that Vijay died while being kept in the forest as the criminals waited for their $500,000 ransom demand to be delivered.

But his family had no closure.

In 2008, the burglar proofing the family had installed after the kidnapping turned out to be a prison from which they could not escape when the house went up in flames, killing Ragkumar Persad, his wife and two younger children – Sanjay and Ariyana.

Relatives said the family had lived in misery to the end – the flames burning with them their hope of one day being reunited with their lost son.

The only survivor was Vijay’s eldest sister, Malini Persad.

Persad was married and living at her in-law’s home when the fire killed her family. She had just given birth to her first child, a girl.

A neighbour said she saw the smoke coming from the northern side of the building, where four bedrooms were located, but by the time the Fire Service appliances arrived the wooden house was already gutted.

And when the thick smoke cleared, fire officers found the charred remains of four bodies. Marilyn Persad and six-year-old Ariyana were found huddled together in a bedroom at the back of the house.

The father and son Sanjay were found in Vijay’s prayer room. Vijay’s bedroom was converted into a prayer room after he vanished.

Investigators believed the fire was caused by a lighted deya.

Autopsies on the bodies found that the four died from toxic smoke inhalation.

‘I will never forget’

In 2017, the Express found Malini Persad, who never recovered from losing her family.

And she dismissed media reports that her father had refused to unlock the steel gates leading into the house and to his wife and two daughters, and that he had left Vijay outside.

“I remember that day clearly. My father did not refuse to unlock the door. I was maybe 13 years old. My sister and I were packing the refrigerator for the next day. My two brothers were there in the shop and my father was getting ready to close. It was not unusual for Vijay to close up the shop. There was one customer in the shop and Vijay was playing outside, waiting for that person to leave,” she recalled.

“And then as he was going to close, three men with cutlasses ran into the shop. It happened within seconds. They started demanding money and they were saying ‘open the door’, but everyone was scared. It was either we open the door and let them in or give them the money and let them go. My dad turned and was walking to the cash register but they thought he was taking too long and grabbed Vijay.”

Persad remembered the fright in her brother’s eyes as he was being taken away. It is a memory that will remain with her always, she said.

“He was chubby and two men held him. Vijay was looking at us. He was stretching out his arms and calling ‘Daddy’. I will never forget that,” she said.

A suspect, a small-time robber and drug dealer from nearby St Mary’s Village, Moruga, who was held within a week of Vijay’s snatching, was released for lack of evidence.

He knew where Vijay’s bones could be found, the investigator believed, but police shot, killed and silenced him during a car chase years later. That forest grave remains undiscovered.

Where are his remains?

Malini Persad said the police had failed in both investigations.

“I never knew what really happened to Vijay. Years had passed and my mother and I kept praying and hoping that he would come home. We wanted to know what happened to him and how he was doing.

“My mother grieved for him to the very end. The family was never the same, and then the fire. I was left alone with no family. I lost everyone and I was hoping the police would at least help me to understand what caused the fire but I never got that too,” she said.

Persad said she knows her brother may not be alive but she wants to know what happened.

Another kidnap victim, a businessman from Diego Martin, visited the family before the fatal fire, telling a story of how he overheard his captors talking about their son.

The man, who said he was released after a ransom was paid, told Vijay’s parents that their son had died in the forest.

He died from an asthma attack, the man said.

Vijay’s parents listened to the story and cried silently.

Whether the man was telling the truth about their son’s fate, it was never known.

But if anyone has any information, no matter how insignificant it may seem, about anything of the abduction and death of Vijay Persad, please contact the police.

His sister is seeking closure.

SWRHA to meet relatives of patient who died

The South West Regional Health Authority (SWRHA) is to hold a meeting with the family of Ijaz Haniff, the 60-year-old man who died after suffering a blood clot and paraly­sis days after he took the AstraZeneca Covid-19 vaccine.

The Muslim population is being urged to follow all Covid-19 protocols as they observe the month of Ramadan and prepare for Eid celebrations.

Director of Veterinary Public Health Dr Saed Rahaman made the call yesterday, as he noted Eid celebrations have been impacted by the pandemic for a second year.

Who will be the next energy minister?

The death of Energy Minister Franklin Khan will cause Prime Minister Dr Keith Rowley, currently in quarantine, to make his first Cabinet adjustment since the commencement of this term.

MINISTER OF Energy, Franklin Khan, who died yesterday, is being remembered as a champion of the local energy industry who dedicated much of his working life to the development of T&T’s natural resources for the benefit of its citizens.

‘We will build back’

Dr Ralph Gonsalves cried openly and unashamedly on April 9 when La Soufriere blew its overheated top, presenting a world of challenges for the leader and country of 110,000 people.