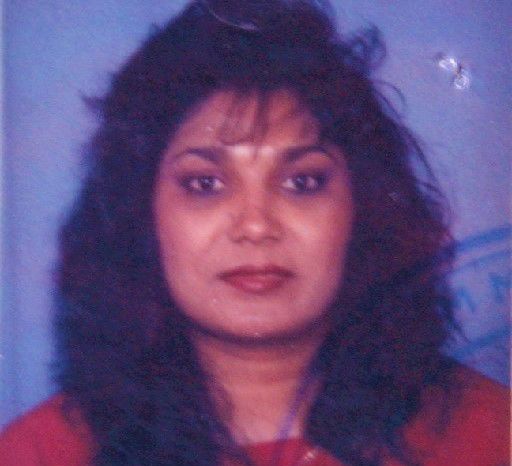 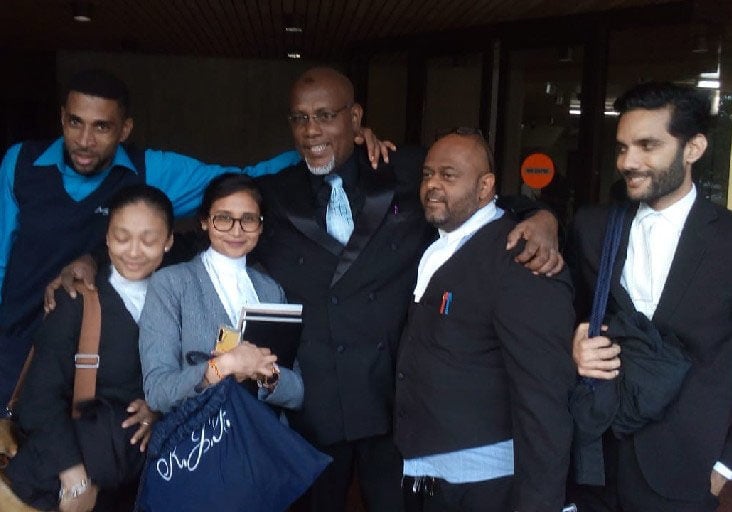 FREEDOM: Former murder accused Dewane Swan, left, and Sheldon Reid, centre, celebrate with their attorneys outside the Hall of Justice in Port of Spain on Thursday evening after being found not guilty of murder. Their attorneys, from left, are Alexia Romero, Karunaa Bisramsingh, Wayne Sturge and Roshan

FREEDOM: Former murder accused Dewane Swan, left, and Sheldon Reid, centre, celebrate with their attorneys outside the Hall of Justice in Port of Spain on Thursday evening after being found not guilty of murder. Their attorneys, from left, are Alexia Romero, Karunaa Bisramsingh, Wayne Sturge and Roshan

The State believed it had a strong case against the two men who had been in custody since 2005 charged with the capital offence.

After all, both of them—Dewane Swan, 37; and Sheldon Reid, 47—had allegedly confessed to investigators that they were at the location on the date and at the time when Mohammed was ambushed and shot dead, seconds after she arrived at her Edward Street, Princes Town, home on the evening of May 10, 2004.

She was the wife of Khalid “Uncle Khalid” Mohammed, a former supermarket owner who left the country soon after the killing and never returned home.

But last Thursday evening, a 12-member jury at the Hall of Justice in Port of Spain crushed the hopes of prosecuting attorneys when they arrived at their verdicts just two hours after their deliberations.

The verdicts? Not guilty.

Swan and Reid were allowed to leave the court as free men after more than 15 years in custody, multiple court appearances and a trial that spanned close to three months.

It was not the verdicts many were expecting.

While the team of attorneys who represented the duo said they had all confidence the jurors would have found their clients not guilty of the crime, other attorneys, Court and Process Branch police officers, as well as some court staff, had predicted in the minutes leading up the conclusion of the trial that given the strength of the evidence, the best outcome Swan and Reid could have received was a hung jury and a retrial ordered.

But the jurors were the judges of the facts.

At 5.15 p.m., the 12-member jury was led back into the courtroom before presiding judge Justice Maria Wilson where the foreman was called upon to deliver the verdicts.

The foreman said the jury had unanimously decided that neither of the men was guilty of the crime.

Jurors are not called upon to explain on what grounds they arrived at a particular verdict.

According to the State’s case that was led by senior State prosecutors Joy Balkaran and Candace Nanton, Mohammed begged for her life.

“Don’t kill me. I will give you all the money,” were Mohammed’s last words according to Balkaran as she opened the State’s case last October.

The family’s watchman, who was restrained by the killers, witnessed the murder but died before the matter went to trial.

His testimony at the Magistrates’ Court was tendered into evidence.

In attempting to prove its case, the State relied on a series of statements which police said were voluntarily given to them by the men following their arrests several months after the killing.

It was in those statements the men allegedly admitted to being at the scene.

According to the statements, each of them said his only role was “holding down” the watchman.

Neither of them admitted to fi­ring the fatal shots.

Police also claimed Swan took them to locations where he poin­ted out areas where he and Reid ran and disposed of their disgui­ses.

But the defence team of attorneys, led by Wayne Sturge and Mario Merritt, argued those statements were fabricated by investigators.

And even though the State relied on the evidence of two justi­ces of the peace who testified that they supervised the interviews and certified the statements after they were satisfied they were given willingly, Sturge and Merritt repeatedly suggested their clients were coerced into signing the statements on the promise of immunity.

The name of Mohammed’s husband was barely mentioned during the trial, except for when the officer who laid the char­ges—Insp Fitzgerald George—was be­ing cross-examined by the defence attorneys.

In his testimony, George said Khalid Mohammed was not a suspect in the investigation, but was simply a person of interest.

He said Mohammed never implicated himself in the murder when questioned by investigators.

Not long after being questioned, Mohammed left Trinidad and Tobago.

After 16 years on remand, multiple court appearances and two months on trial, the two men who were charged with shooting to death Mala Mohammed, the wife of former supermarket owner Khalid “Uncle Khalid” Mohammed, have been set free.

ON the evening of May 10, 2004, Mala Mohammed, wife of former supermarket owner Khalid “Uncl…

THE 64th annual Red Cross Children’s Carni­val went on at the Queen’s Park Savan­nah, Port of Spain, yester­day, with more bands parti­cipating than in previous years.

IN the years she’s been acting and appointed Chief Immigration Officer (CIO), Charmaine Gandhi-Andrews has travelled abroad hundreds of times for training, causing major discomfort at the Immigration Division.

DOES he have what it takes to wrest San Fernando West from the People’s National Movement?

Gary: We are doing the best we can

WITH 74 killings in 46 days, Commissioner of Police Gary Griffith is once again defending the Police Service, saying it is doing all it can.