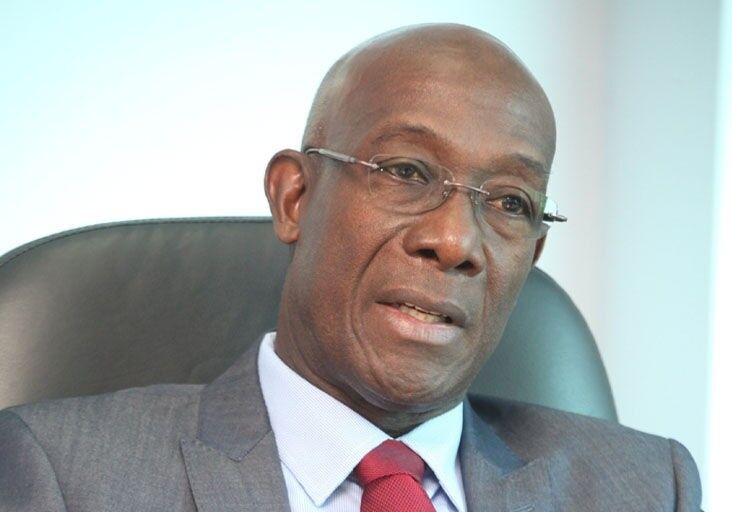 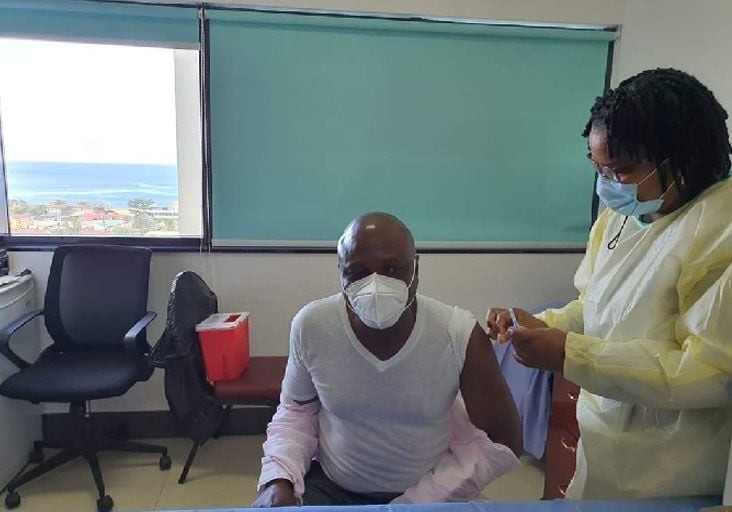 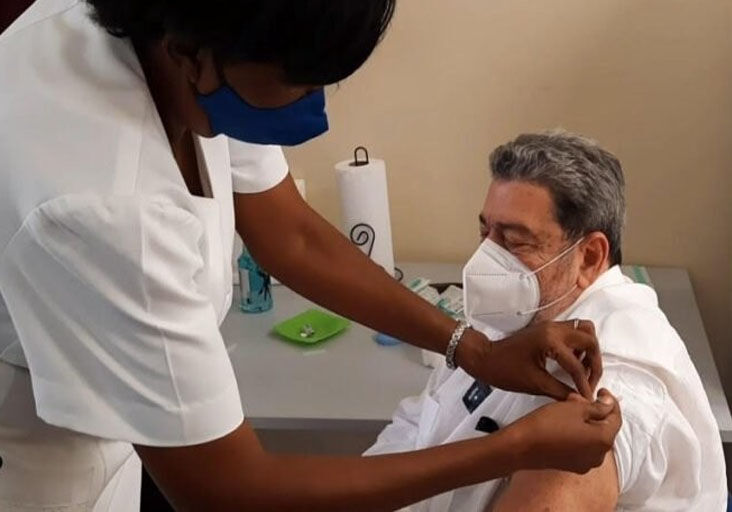 gets the jab: St Vincent and the 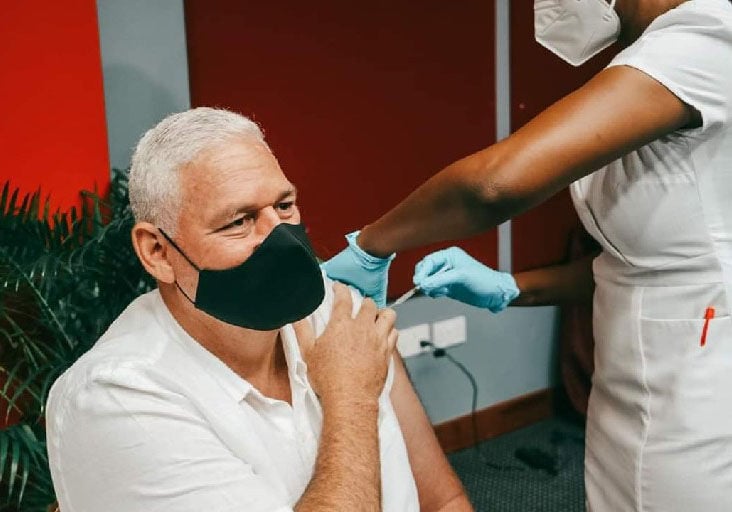 in line: St Lucia PM Allan Chastanet gets his vaccine on Wednesday. 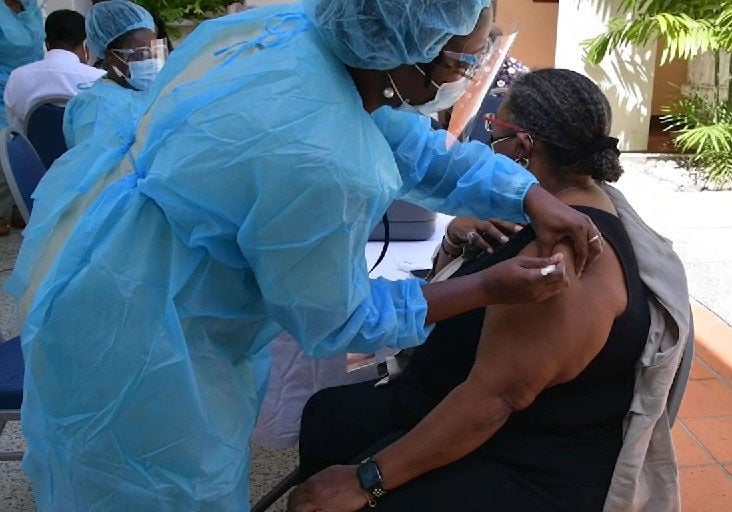 second dose of the vaccine

gets the jab: St Vincent and the

in line: St Lucia PM Allan Chastanet gets his vaccine on Wednesday.

second dose of the vaccine

Prime Minister Dr Keith Rowley has said he did not take the Covid-19 vaccine on Wednesday because he did not want to deprive front-line healthcare workers who are more at risk of contracting the deadly virus.

Rowley said he will take the vaccine in March when Trinidad and Tobago receives its shipment under the Covax arrangement.

Responding to critics who questioned why he didn’t take the vaccine from the 2,000 doses gifted to T&T by Barbados, he said people would always talk, and he would have been criticised if he had taken the vaccine on Wednesday.

“They will always talk. Had I taken it from this small batch, they are the same ones who would have been leading the charge saying that I abused my office and took unfair advantage to give myself privilege by ta­king a vaccine which could have gone to a front-line health care worker who was in more exposure and danger,” Rowley posted on his official Facebook page.

“I chose to allow every dose of this small batch from Barbados to go to health care priority workers. I was offered the vaccine from this batch of the Barbados gift, but I indicated that I will wait until our first Covax batch arrives and was told that was due about 22nd March,” said Rowley.

“I will wait and in the meantime, I will keep doing what I have been doing all along, largely working from home, staying away from groups outside of family, observing the mask mandate and other health protocols,” he added.

The Prime Minister had previously said he would be the first to get the vaccine when it arrives.

In December 2020, Rowley said he would be the “first in line” for the vaccine, at which Health Minister Terrence Dey­al­singh interjected, “And I’ll be second.”

Rowley wrote: “Vaccinations have been with us and they have been shown to work. I trust the rigours of the scientific input at the labs. So when WHO (World Health Organisation) signs off on what is acceptable as a vaccine for the people of Trinidad and Tobago, I will be the first in line to have my vaccine.”

Deyalsingh said on Wednesday that the first batch of this country’s public vaccination programme—120,000 vaccines acquired through the Covax facility—is expected to arrive next month.

Westmoorings woman, 59, in court for fraud and larceny

A Westmoorings woman who allegedly claimed she could convert TT currency to US currency, has…

A MAN has been charged with the murder of Princes Town mother of two Karen Rauseo.

Vaccine reversal: Only 33,600 arriving at end of March