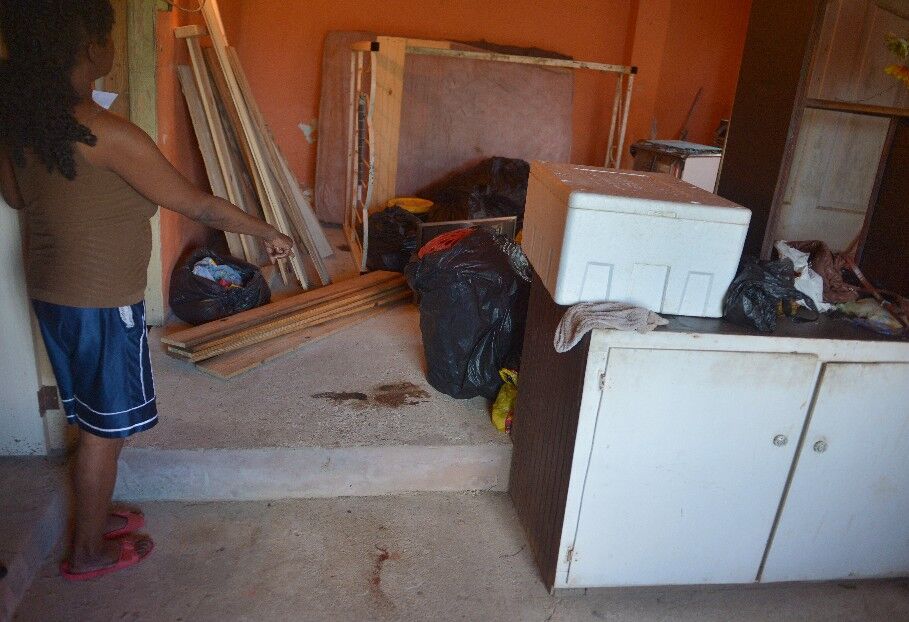 Scene of the crime: A neighbour of murder victim Karen Rauseo Karim shows the blood-stained kitchen where her body was found at this apartment building (also seen below) in Buen Intento, near Princes Town, on Tuesday afternoon. 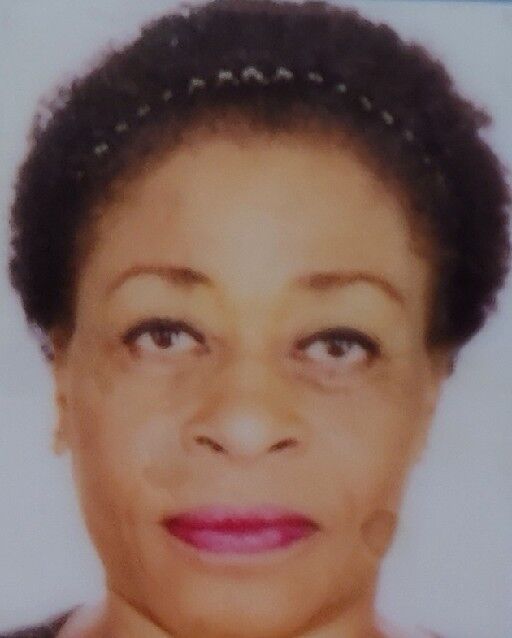 Scene of the crime: A neighbour of murder victim Karen Rauseo Karim shows the blood-stained kitchen where her body was found at this apartment building (also seen below) in Buen Intento, near Princes Town, on Tuesday afternoon.

A Princes Town woman who was afraid to end an abusive relationship is suspected to have been beaten to death by her lover on Monday.

And her alleged killer kept it quiet until the next day.

Karen Rauseo-Karim, 53, was last heard screaming around 7 p.m. on Monday. And then there was ­silence.

Her sister, Gail Hospedales, said yesterday it is believed she collapsed and died that night on the floor of a newly rented apartment at Buen Intento Road, Princes Town, and that the suspect spent the night there.

The suspect, a 53-year-old ­mason of Ste Madeleine, locked the door of the apartment and went to work on Tuesday.

He is said to have raised an alarm that afternoon, and neighbours and police found Rauseo-Karim’s body on the kitchen floor, surrounded by boxes and bags containing her possessions. Her bloodied corpse bore injuries to the face and chest.

Police have detained the suspect and he is in custody of officers of Homicide Region III.

And in a bizarre twist, residents of Buen Intento Road spoke of another incident which occurred at the same house more than 20 years ago.

Resident Davindra Chinsammy said at that same rented apartment, another woman died at hospital after a violent confrontation with a lover.

“At that time, the suspect had dragged the woman into the cane field and it was the same domestic violence. And it is déjà vu. The same thing has happened all over again in the same spot and same house.

“This type of crime was swept under the carpet for years, but it is now coming to light. For about a year, people talked about it because things like that do not happen around here,” he said.

Gail Hospedales and other family members are grieving for Rauseo-Karim at their family home at Ramdhanie Trace, Indian Walk.

Hospedales said her sister, a mother of two, was married and lived in Aruba, but that was also an abusive relationship.

When she ended her marriage, she returned to Trinidad and met the suspect before Carnival last year while working as a waitress/ assistant in a bar in Princes Town.

The sister spoke of the numerous times she begged her sibling to leave the abusive and violent relationship.

“The landlord said since they arrived Monday he was ­beating her. Tuesday morning he left ­normal and went to work as ­usual and came back. Then he made a scene like if he found her dead, when it wasn’t so.

“The neighbours called police. When the DMO (district medical officer) arrived, he said that she didn’t die the same day, that she had died since the night before when the neighbour heard he was beating her, then all of a sudden no sound again.

“Probably that was the last lash and that was it. He was hiding, but she died since Monday night,” said Hospedales.

Landlord Patrick Daniel told the media he had tried to help Rauseo Karim by accommodating her at his premises.

“She came on Sunday and brushed out the place to stay. On Monday, they brought the bed and everything.

“Between that time I started to hear quarrel and lash. I ran down the steps and met her by the door. She said ‘this man real beating me. I going to get my ID card and go by the police’.

“She went back inside and I came back upstairs. The place was quiet for about five minutes, then I heard lash and bawling. I got so stupid I called 993 and I didn’t get through. The place got quiet and I thought maybe they patch up,” said Daniel.

Daniel said he heard the suspect was seen walking in the street the next morning.

Shelly Ann Jacob who lives in the upstairs apartment, said the suspect raised an alarm on ­Tuesday afternoon.

“About half past five in the evening I heard, ‘Oh gosh, Karen dead.’ I went downstairs and her body was on the ground partly nude, only a short pants. There was blood on her face,” said Jacob.

Hospedales said she did not know what triggered the alleged beatings at the hands of the man.

The sister said, “We told her to get out of the relationship, but she said, ‘Nah,’ she was going with him. She had feared him.”

Hospedales said family members would often intervene and warn the man, but Rauseo never filed an official report against him, nor did she seek a court order to stay away from her.

She said her sister and the suspect had rented an apartment at Ramdhanie Trace near their family’s home, and the violent beatings often left her with “blue-black” marks on her body.

“All the time he was beating her. We would call the police that they would talk to him. One time she ran out of the house naked as she born. My niece ran and gave her a dress.

“For a while, he left because he was warned by the family. He came back and everything was good for a while until it started again. Monday gone was their deadline to move out,” said Hospedales.

Police said there were no signs of forced entry on the premises.

An autopsy is expected to be done this week to confirm the cause of death.