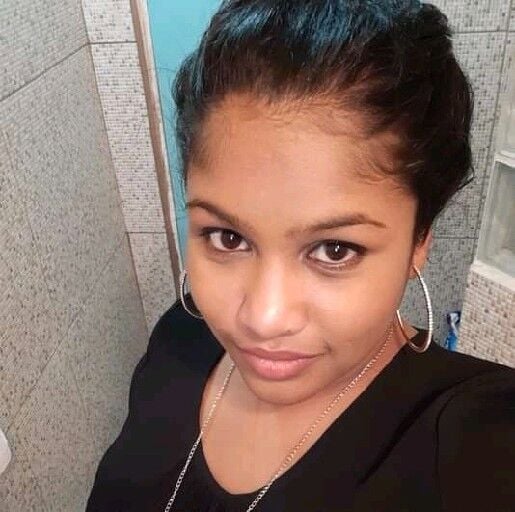 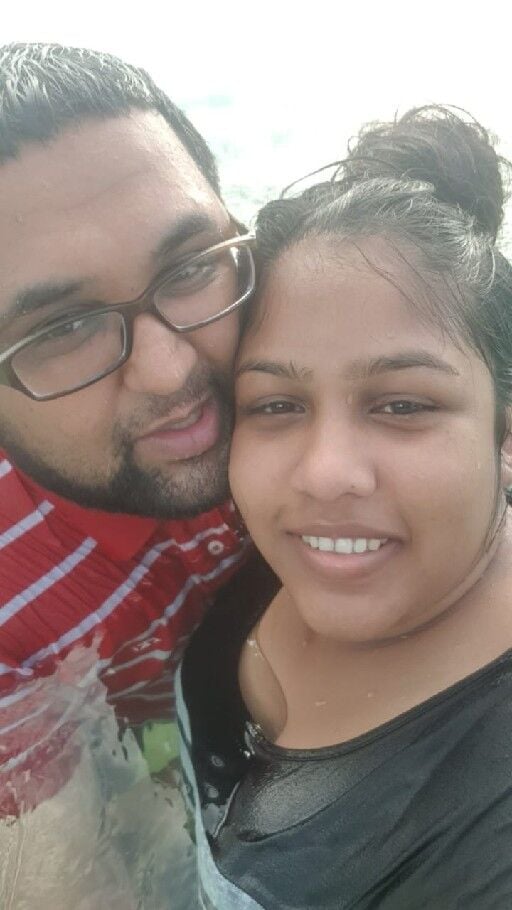 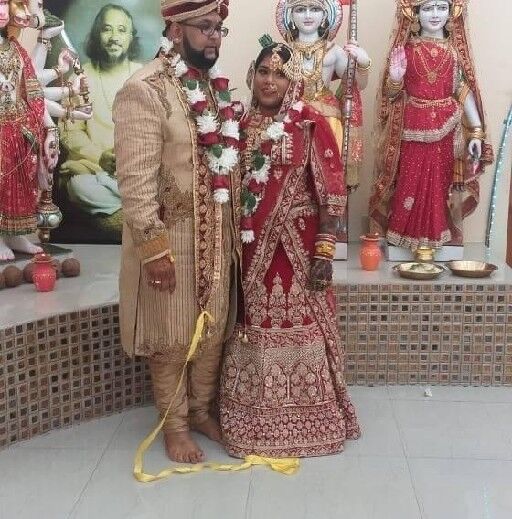 FLASHBACK: Woman Police Constable Anisha Sookdeo and her husband PC Vishal Harripaulsingh during their wedding ceremony at a temple in Sangre Grande on February 28. 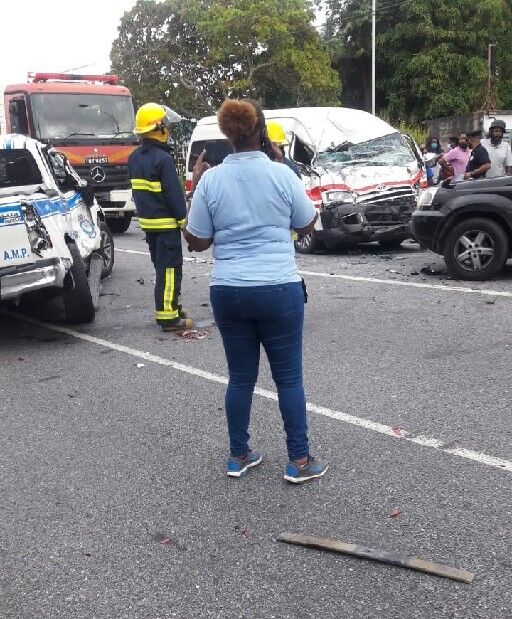 Fatal crash: Fire officers examine the crashed maxi-taxi and police SUV, in which WPC Anisha Sookdeo, inset, was killed when the vehicles collided at the Boys Lane, D’Abadie, intersection on the Priority Bus Route on Tuesday.

FLASHBACK: Woman Police Constable Anisha Sookdeo and her husband PC Vishal Harripaulsingh during their wedding ceremony at a temple in Sangre Grande on February 28.

Fatal crash: Fire officers examine the crashed maxi-taxi and police SUV, in which WPC Anisha Sookdeo, inset, was killed when the vehicles collided at the Boys Lane, D’Abadie, intersection on the Priority Bus Route on Tuesday.

WOMAN Police Constable ­Anisha Sookdeo and her husband, PC Vishal Harripaulsingh, had just celebrated one month of marital bliss when her life was cut short in a vehicular accident on Tuesday.

Relatives yesterday described her as soft-spoken, loving, dedicated to her career and she had a habit of adopting stray cats.

It was not known up to last night what caused the collision or who was wrong, but Sookdeo was killed almost instantly.

Police also said she was not the driver that afternoon, as WPC Seetaram was behind the wheel.

The other officers as well as the driver and passengers in the maxi-taxi were all taken to the Arima General Hospital, where they were being treated up to last night.

Harripaulsingh, who works with the Transit ­Police Unit, explained that they were married under Hindu rites on February 28 and had celebrated one month of marriage on Sunday.

While describing her, his voice began to crack.

Asked what he loved most about her, he said, “Sometimes we would be looking at television and she would just ask, ‘Babe, babe, babe... tell me you love me,’ and I would laugh and say, ‘Yes, babe, I love you.’”

“She was one of the nicest people I have ever met, and was the kind that could never hurt an animal,” he added.

Harripaulsingh’s sister, who had spoken to the Express earlier, mentioned that four stray cats had found their way into the family’s house and began living there but when one died, no-one was able to tell Sookdeo.

“We started dating about one month after my father died, and the like turned into love.

“So a few months before our wedding, I went to Manzanilla and asked for her family’s blessing, which they gave,” he said.

On February 28, the ­couple tied the knot.

“People who have been living in this area since the ’60s said it was the best wedding in Covid times, and among the best in Arouca,” he said.

“We had support from my fellow officers, ­especially ASP Edwin Phillip,” he ­added.

Harripaulsingh also spo­ke about his wife’s career and her goals. “She worked with the (Arima) Borough Corporation, but prior to that she had worked in a medical lab and that’s where her passion was, as she wanted to get into the field of forensics,” he said.

“So her aim was to gain experience as a police officer and then she would have moved forward into that field,” he said.

Minister of Rural Development and Local Government Kazim Hosein extended condolences to the family on Tuesday.

Hosein said, “We will always value the work done by our municipal police officers. They are in a high-risk and high-stress profession, but they still selflessly serve.

“This is indeed a very sad day for us at the ministry. We have lost a member of our team and I am told that she was recently married not more than a month ago.”

“I also extend well wishes and hopes for a speedy recovery to officers Alexander and Seetaram and to everyone else who was injured in the accident. “May God bless you all,” he said.

A man was gunned down at an abandoned house at St Joseph early Sunday morning.

Gary cracks down at crowded grocery