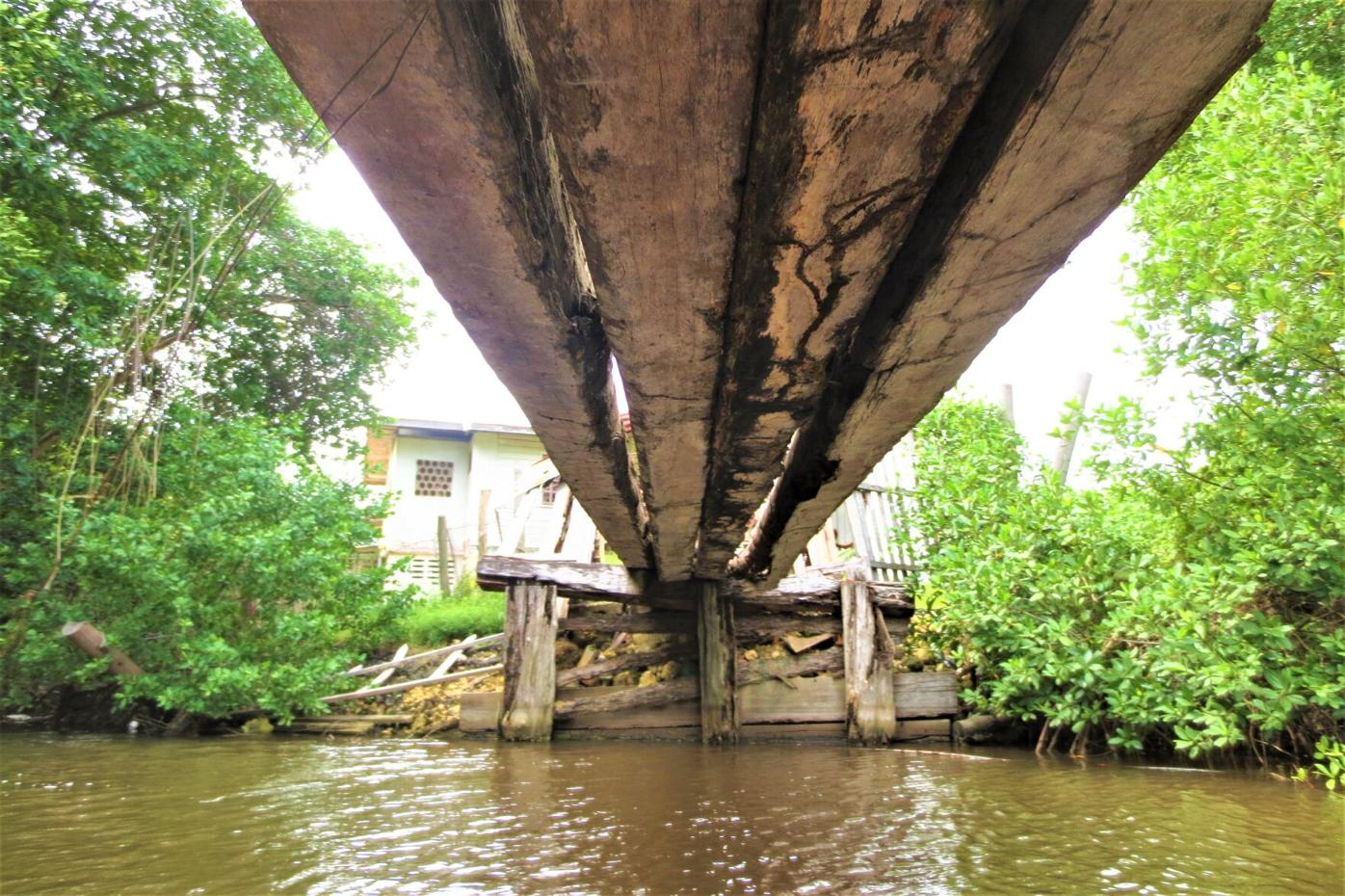 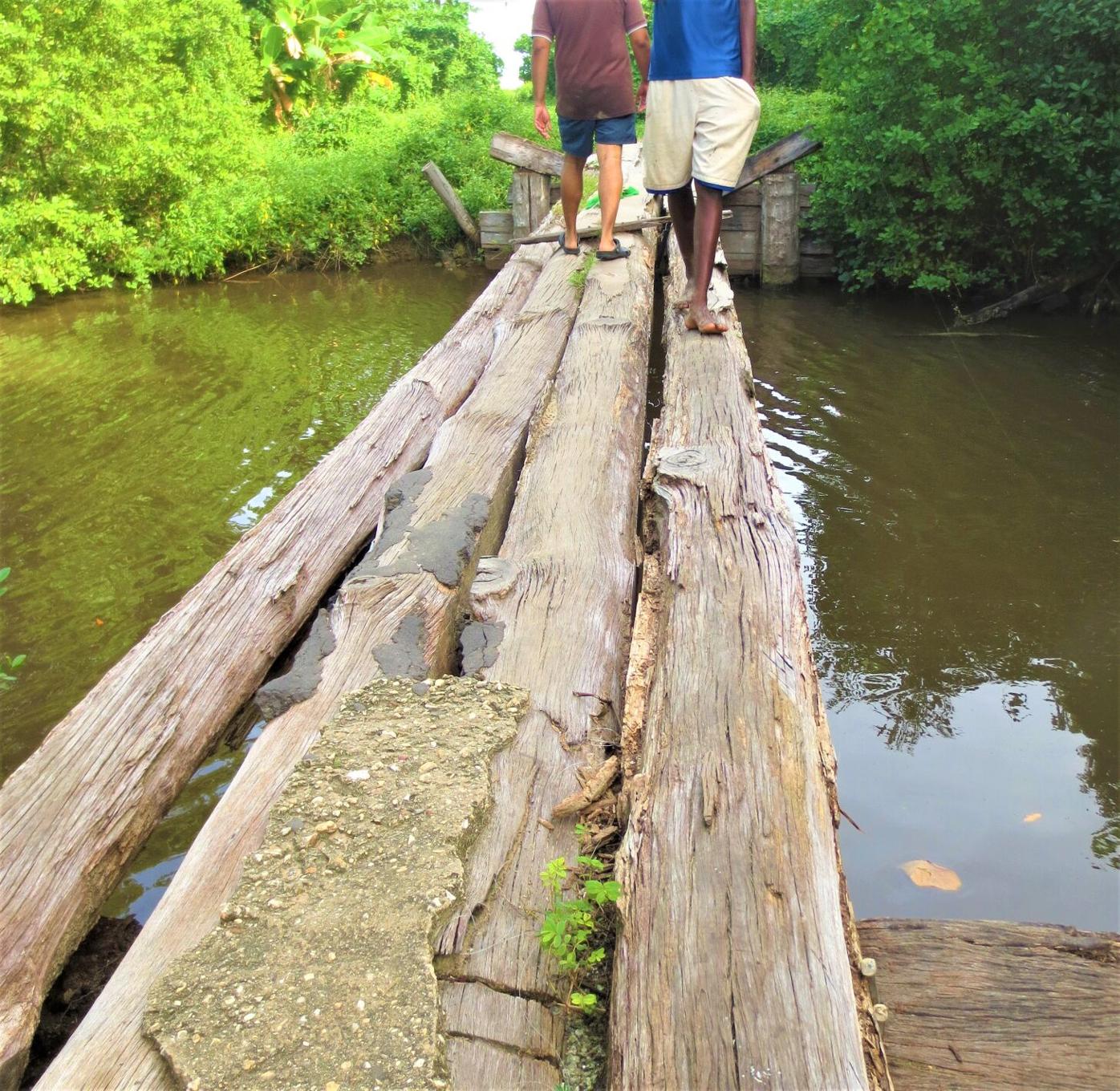 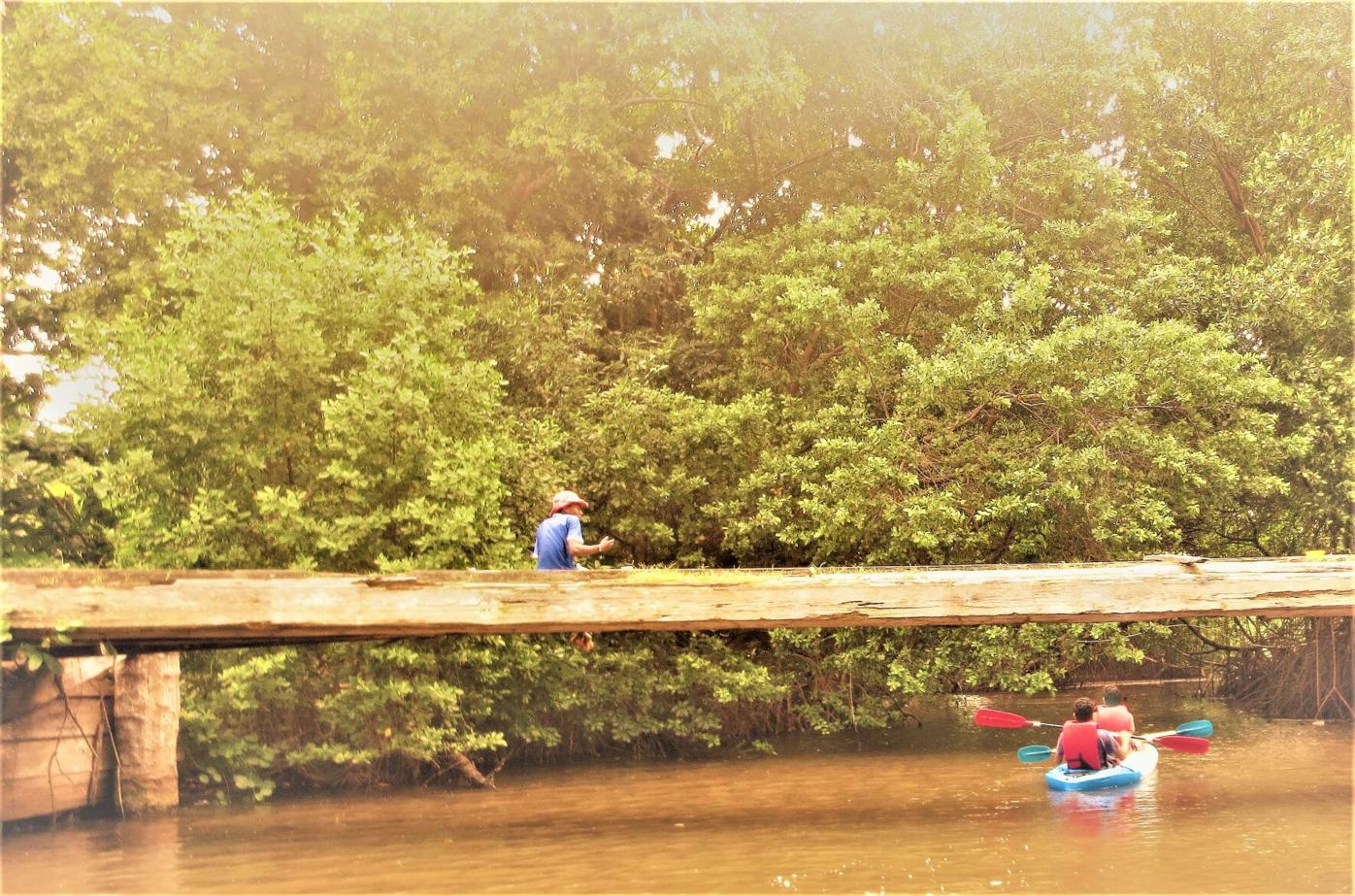 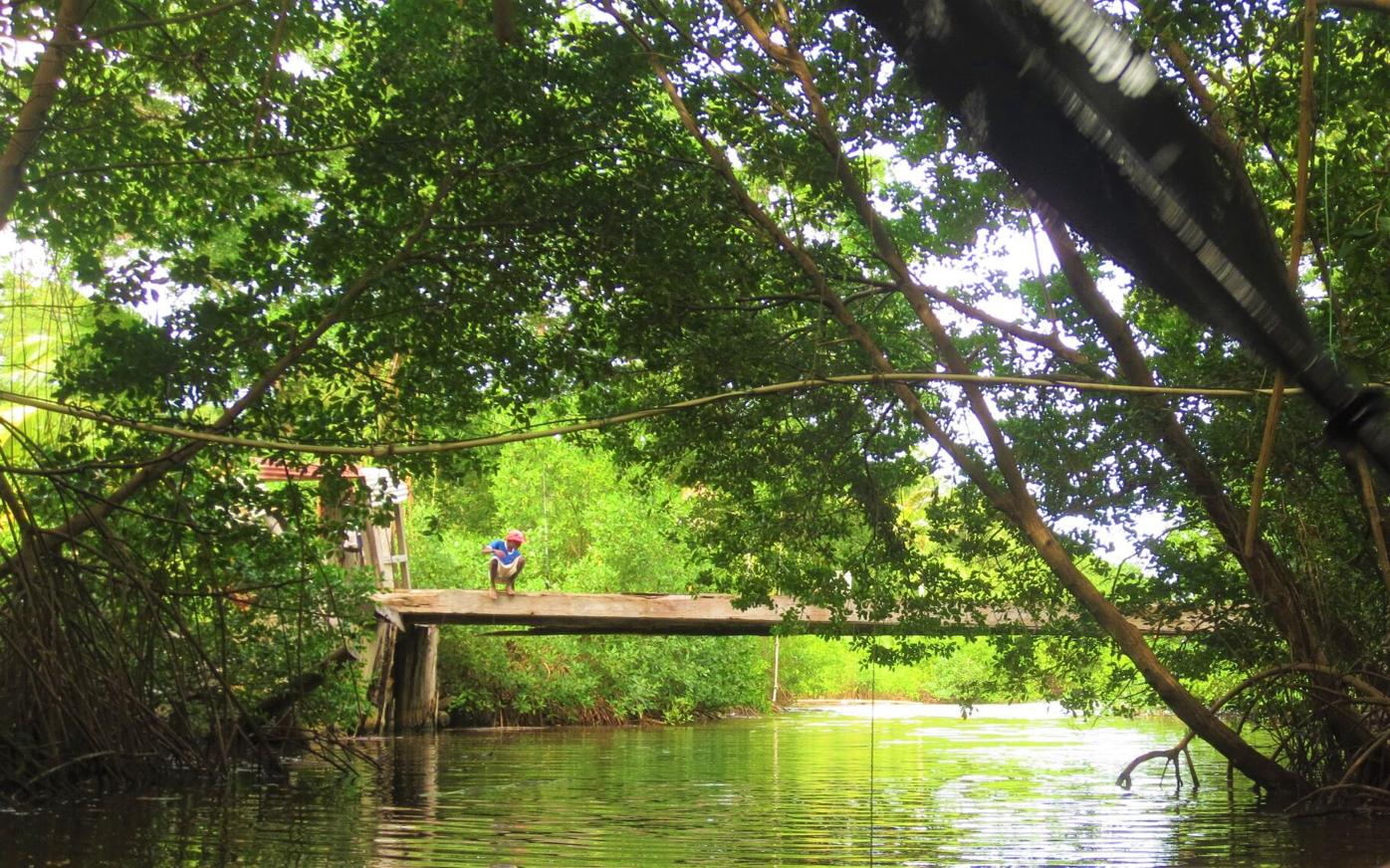 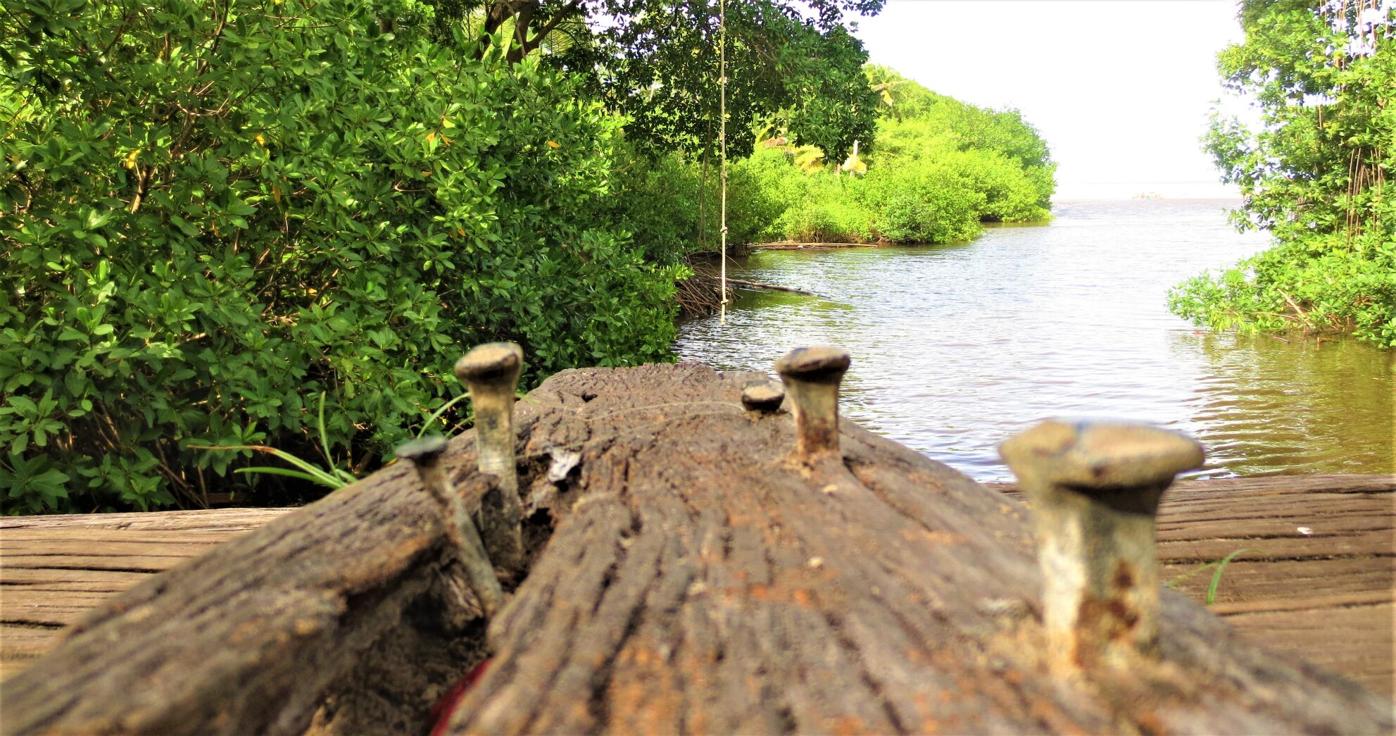 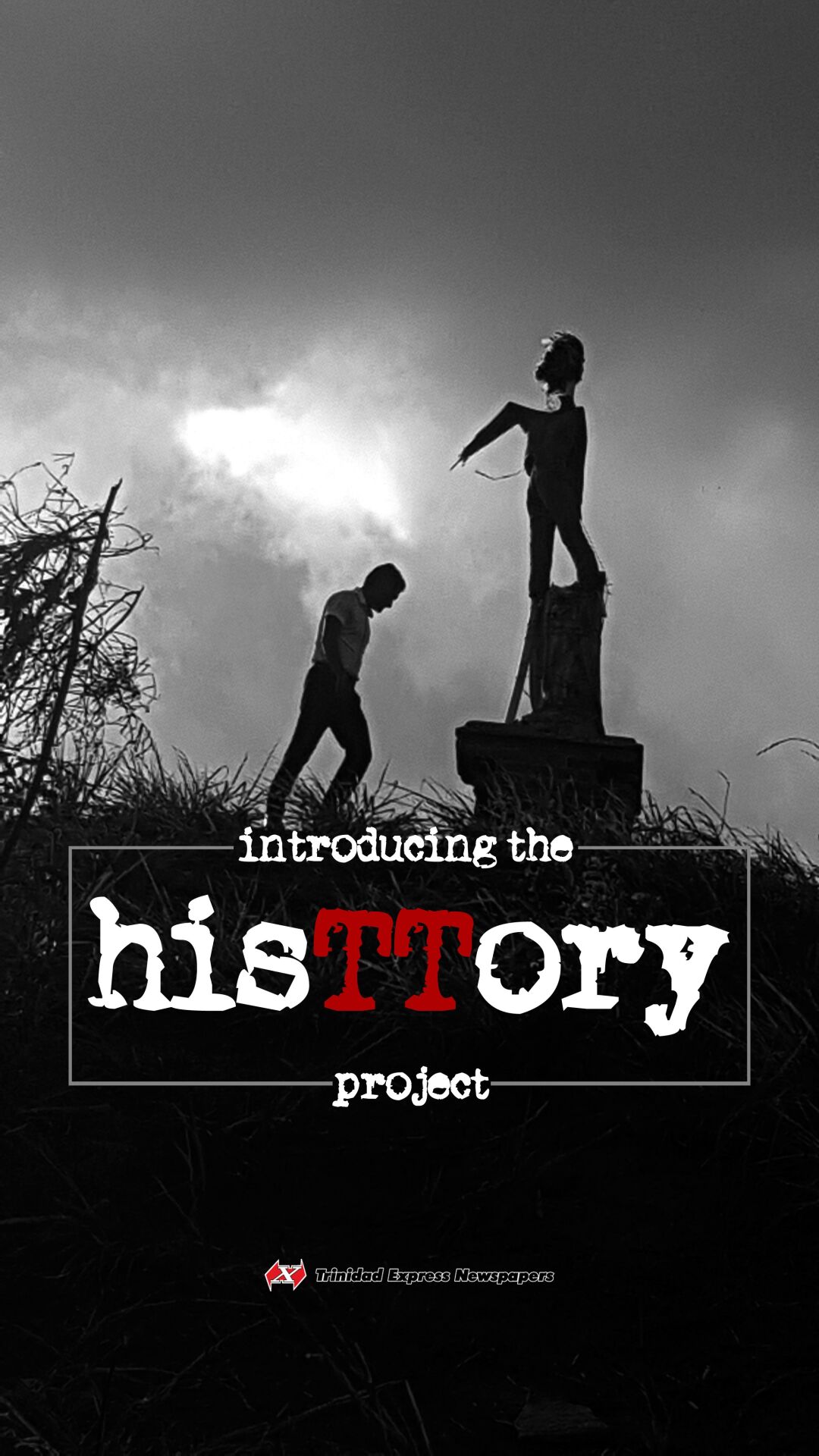 The hisTTory Project series will appear every Wednesday in the Express newspaper.

THERE was a time during Trinidad’s 19th century history when the east coast, its plantations and frontier settlements were easier reached from the sea.

The last of what could be considered a road ended in Arima or thereabouts, so travellers had the option of horse, mule, or footing it, if they wanted to make it to the Bande de l’Este (the Manzanilla coastline), considered even then a must-see part of the island.

But only the intrepid chose the jungle route, since a journey that now takes 20 minutes, back then meant overnighting at a sketchy rest house serving some questionable food, and overpaying the guides to lead you along the least dangerous paths, according to the written records of the travellers of the time.

But it’s that stretch of Atlantic Ocean beachfront—broken only by the headland now known as Point Radix and the estuaries of the rivers draining the Nariva Swamp and the island’s south-west quadrant—that was the wonder to so many early visitors.

English novelist Charles Kingsley, who made the approach on horseback from the north in 1869, recording it thusly: “All this while the dull thunder of the surf was growing louder and louder; till, not as in England over a bare down, but through the thickest foliage down to the high-tide mark, we rode out upon the high-tide mark, we rode out upon the shore, and saw before us a right noble sight; a flat, sandy, surf-beaten shore, along which stretched, in one grand curve, lost in a haze of spray, 14 miles of Coco palms. This was the Cocal; and it was worth coming all the way from England to see it alone.”

The beach, at the low tide, served as “the Queen’s Highway” from Manzanilla to Mayaro to Guayaguayare, with horse and carriage only stopping at the ­watercourses, to ford the shallow ones or be ferried across the deeper divides, before continuing the trip southward to the “rural ­hamlets” that would benefit from the island’s oil boom at the turn of the 20th century.

Road to the coast

But the need to build a road to the east coast was a matter on the mind of Governor Sir Ralph Woodford as early as 1819.

In a letter to Captain William Wright, the administrator of the First Peoples mission in Arima, he wrote: “As the season advances I am desirous of commencing the road to the Cocal (Bande de l’Este) of which the one half from the seashore to the river Guayco will be performed by the inhabitants of Mayaro, and the remainder, from Guayco to the river Valencia where it intersects the Mathura Road will be made by the Indians of Arima.”

In addition to instructing how much salt fish, plantain and rum the reluctant workers should get daily, Woodford suggested how to tackle river crossings, writing: “Where the beds are of mud and not of gravel and the banks are narrow, a bridge of hardwood should be thrown over with cross pieces laid close together.”

That road to the coast was eventually built, one that was a rainy-season quagmire to hoofed animals and carts, but just fine to the labourer class walking half the length of the country with back-pack and bundle on head.

And when the automobile arrived in the early 20th century, the low-tide highway of sand was replaced by one further inland through the coconut plantations of Manzanilla and the fields of Mayaro and Guyaguayare, which would over the years yield cotton, cane, cocoa, coffee and the ground provisions for which the area is still known.

Which brings us to that old bridge hidden away in Grand Lagoon, located off the Guyaguayare Road.

This is a village of fisherfolk, farmers and oil workers who long ago sold off the coastline plots to the millionaire out-of-towners with money to build, then rebuild their beach houses rusting and falling apart within a few years, victim to tropical-force winds carrying the sea spray off the waves.

The 50-foot (15-metre) bridge is located upstream of the Grand Lagoon river, navigable by kayak or canoe for a kilometre or so until the wild cane closes in, concealing the caimans (I know because I went and claimed an islet upriver like Huckleberry Finn).

This wooden span, hidden behind mangrove and wild grape trees, was once upon a time the primary way to cross the then main Eccles Road, likely named after former Warden of Mayaro and local plantation owner from the mid-1800s, George Eccles.

No one in Grand Lagoon can recall the bridge not being there.

The oldest person is in her 80s.

She can remember her parents using the bridge, on which vehicles passed single-file.

Lifetime resident Harold Moses was in his 70s when we spoke with him.

His father remembered it as a child, he said.

Fisherman Henry Smith was born in the 1940s and said the bridge allowed people to move their produce to market without having to wait for the low tide (a few goats fell in but still made it to the butcher, he recalled).

That the bridge survived 100 years or more is as much a testament to the skill of the carpenter/joiners as it was the decision of a riverside land owner to fence his property, blocking access to the bridge to outsiders.

Similar wooden spans, in the nearby marshland known as Lagon Doux, have long fallen in, said Moses.

But the Grand Lagoon bridge is still sturdy enough to be used as a walkover, said Moses, who pointed out that the massive tree trunks stretching the entire length of the river were shaped using band saws and hewn with axes, with railroad spikes used as nails, and oil sand and concrete once covering the cross members which have since rotted away.

Gone too are the wooden rails.

It’s just as well. The bridge has served its purpose. The east coast is reshaped with every high tide.

Over the 100 years, the road that once led from the bridge became part of the Atlantic Ocean.

The bridge is now a pathway to the sea.

Note: Richard can be contacted at richard.charan@trinidadexpress.com

Two-year-old Vedika Boochoon, who needs financial help to correct a medical condition affecting her hearing and speech, has been infected with the Covid-19 virus.

The baby girl tested positive for the Covid virus on Monday, along with her parents and six-year-old brother.

From heartbreak to hope for fire victim

Scores of generous citizens have reached out to 29-year-old Nesha Bennett offering assistance after her home of nine-years in St Julien Village was destroyed by fire on Sunday.

Bennett, who was last at her home on Saturday evening, had left to spend the night with her children, ages six and 12, at a friend’s home in Princes Town.

Her husband, who works in construction, had left earlier in the day for work.

WORKS and Transport Minister Rohan Sinanan has denied his ministry discriminates against residents of South and Central ­Trinidad.

Sinanan led a team from the ministry yesterday at a news conference at its Port of Spain headquarters, during which he replied to allegations. He explained that over 70 per cent of the island’s 407 landslips were in those areas—South and Central—adding that some issues were not being immediately addressed due to the large volume of outstanding work.

Medical Chief of Staff of the Tobago Regional Health Authority (TRHA) Dr Victor Wheeler says Tobago has adequate intensive care unit (ICU) bed space for Covid-19 patients at this time and is in a “slightly” better place than Trinidad in terms of additional ICU bed capacity.

In calling for a greater proportion of the population to become vaccinated, Fyzabad's Member…