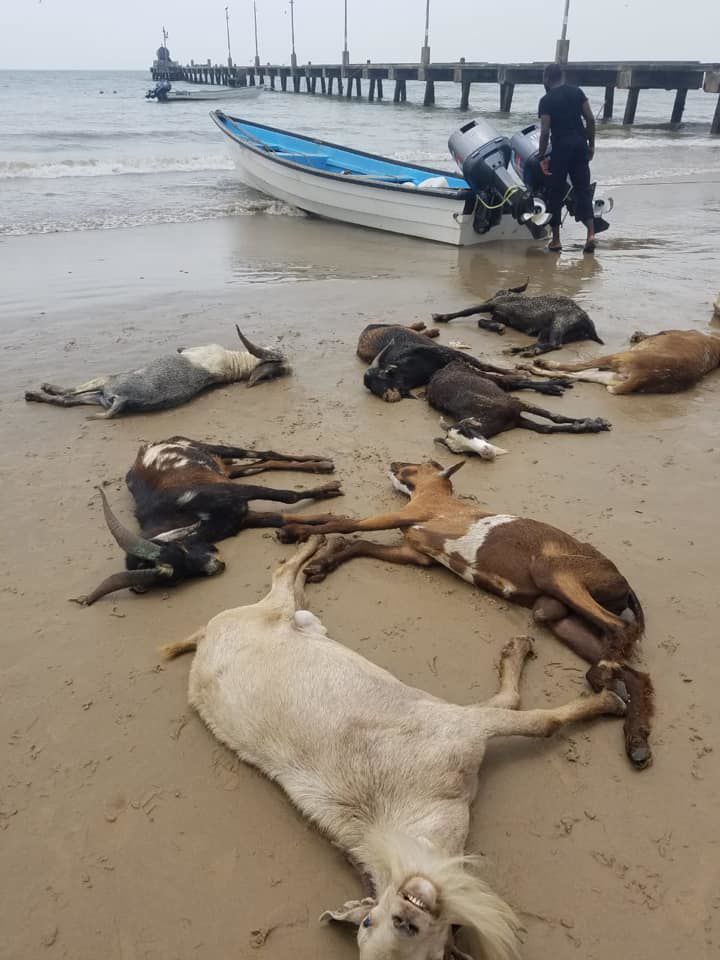 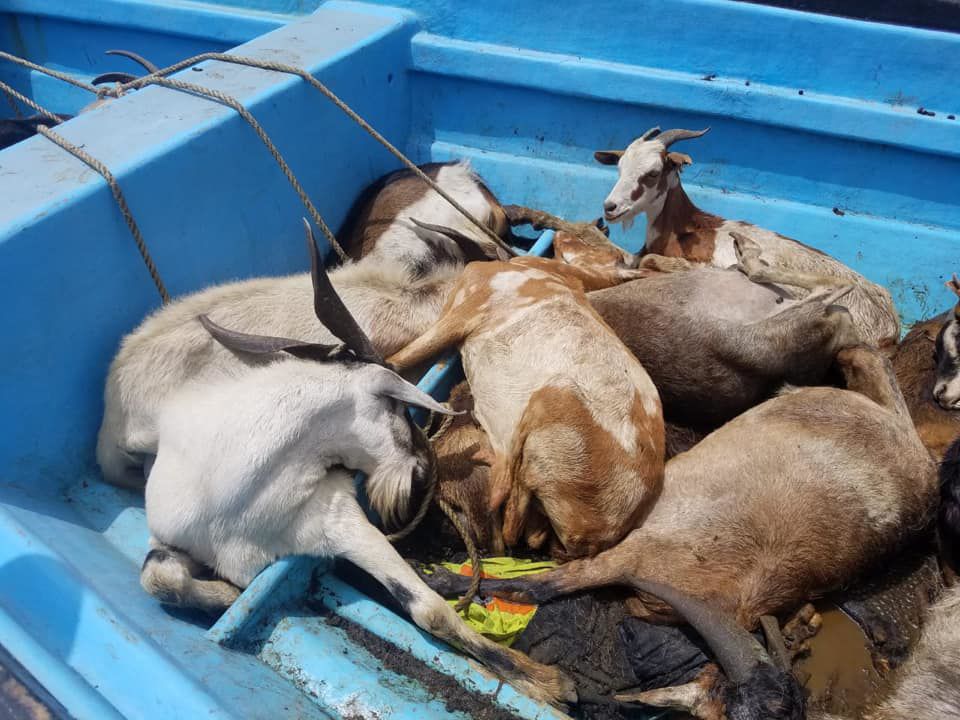 "This is what illegal trafficking in animals looks like."

This from a statement from Minister of Agriculture Clarence Rambharat last Friday over the seizure by Coast Guard officers of a vessel in the Gulf of Paria carrying 40 goats and two sheep in a pirogue with four men.

The men were detained and handed over to Customs and Excise authorities for questioning.

Photographs of the animals in the pirogue on the Cedros shore were posted to the Facebook page of Agriculture Minister Clarence Rambharat with a statement.

"This is what illegal trafficking in animals looks like. Each animal, often diseased and malnourished, has a local buyer. Perhaps it’s your local butcher, meat market vendor, roadside meat vendor or livestock farmer. Without a local hand to pass an illegally trafficked animal into, there is no illegal trade in animals. Thanks to law enforcement officers supported by our staff, this shipment was intercepted today", the statement read.

Rambharat told Express via What's app message that based on the instructions of the Ministry Chief Vet Officer the animals were euthanized.

Rambharat said, "The Ministry’s vets and other Animal Health staff were involved in the action including the eventual destruction of the animals because of public and animal health concerns. Venezuela has been red-flagged as a potential source of Foot and Mouth Disease, a major threat to livestock. Despite the best efforts to stop the trade, it is being encouraged by greedy butchers looking for a cheap source of meat. The livestock which are brought in illegally usually show signs of disease and the Ministry has consistently warned consumers about buying from vendors who may be purchasing from unscrupulous butchers or who may themselves be buying or importing animals illegally."

be slaughtered under this section, but subject to payment of compensation as in the case of actual slaughter. "

Section nine states: "Any animal slaughtered under this Act, or which dies as the result of disease, shall be destroyed, buried or otherwise disposed of, as soon as possible in accordance with regulations made under this Act and in accordance with the orders, either general or particular, of the Inspector; and for such purposes the Inspector may use any suitable ground in the possession or occupation of the owner of the animal. "

Over the last week, law enforcement together and Agricultural ministry officers have dealt with three matters relating to illegal trafficking in animals.

The first involved a Venezuelan national who was fined $93,500 for over 50 wildlife offences involving possession of monkeys, parrots and a macaw.

Then at around 11.30 p.m. Wednesday, Moruga police officers on mobile patrol along La Lune Road observed a motor vehicle with two occupants acting in a suspicious manner. The officers pursued the vehicle into La Fortune Road also called La Savanne Road, where the two occupants alighted from the vehicle and escaped into the bushes.

Police searched the vehicle and found inside the trunk two plastic crates containing 14 blue and gold Macaws, one yellow crown parrot, one orange winged-parrot and four black-headed caiques. The birds and the vehicle were brought to the Moruga police station. The animals were handed over to the game wardens of the Forestry Division.

Police are searching for the two men.