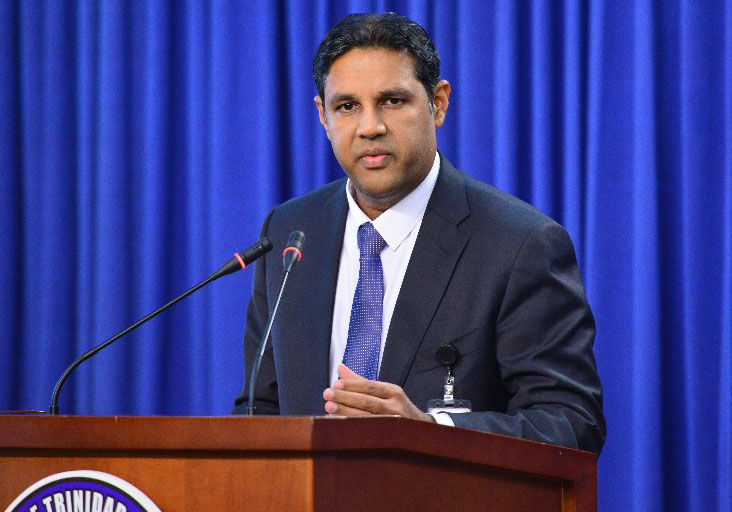 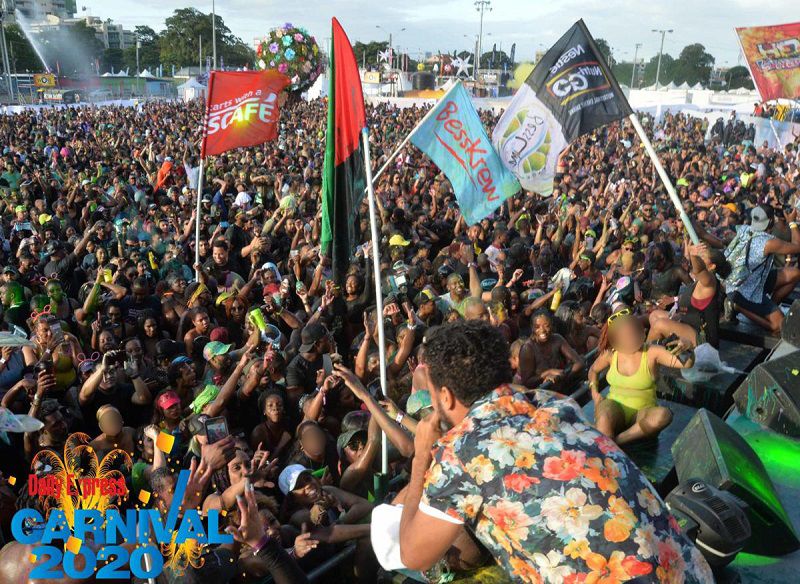 No COVID-19 fear: Hundreds of party goers soak in the performance of Kees Dieffenthaller during the annual Carnival fete "Soaka Till Sunrise" breakfast party at the Queen's Park Savannah, Port of Spain, recently. - Photo: JERMAINE CRUICKSHANK

No COVID-19 fear: Hundreds of party goers soak in the performance of Kees Dieffenthaller during the annual Carnival fete "Soaka Till Sunrise" breakfast party at the Queen's Park Savannah, Port of Spain, recently. - Photo: JERMAINE CRUICKSHANK

As the Covid-19 positive count grows and people die, there has been a persistent storyline, driven by social media, that this year’s Carnival season was chiefly responsible for the spread of the virus.

However, in giving a brief background on this country’s proactive approach to testing for Covid-19, The Health Ministry’s Chief Medical Officer Dr Roshan Parasram said Carnival was not to blame.

“Our testing would have started appropriately by CARPHA in a time prior to getting an importation of cases. We would have put restrictions to China on January 30 and China was the main country that would have had spread at that time. Subsequent to that we would have closed our borders to non-nationals coming from nine counties based on our global look to see where the disease was spreading to,” he said at a media conference held to update the country on the Covid-19 pandemic.

“I don’t think there was a risk prior to that time when we began testing, of Trinidad having imported cases. And as we tested, even during the Carnival season, there were groups of people that came forward to us and said they were in contact with persons from the US, from Canada, from the UK, and at the time of Carnival, there were very, very few cases in those countries.”

Parasram said there were less than 50 cases in those overseas territories before Carnival, with maybe as low as 10 in the US out of three hundred million persons, so the numbers were very low.

“We still tested those people coming out of the Carnival season and all of them have been deemed negative. Some of them have even said to us they were in very close contact with people who have subsequently gone back to the US.”

He said one instance he’s personally aware of is an individual who came down with flu-like symptoms but after being tested, the person was Covid-19 negative.

With global statistics indicating that the COVID-19 pandemic virus passing 1,000,000 positive cases today, and with Geographic Information System (GIS) location map pointing to a higher concentration of positive cases in the more densely populated areas in Trinidad and Tobago, there have been calls for the Ministry of Health to ramp up its testing.

On Thursday Opposition Leader Kamla Persad-Bissessar said there is an urgent need for the Ministry of Health to significantly increase its testing capacity of suspected Covid-19 cases since globally, countries which have prioritized early detection in their fight against the Covid-19 spread via large scale testing of their populations have had low mortality rates and are most successful in containing the spread.

Persad-Bissessar called for the Government to amend the necessary regulations to facilitate a joint medical public/private partnership venture that would allow private medical labs to conduct testing, which can assist in the much-needed large scale Covid-19 testing.

However, when questioned on the viability of such an initiative during the media conference, both Health Minister Terrence Deyalsingh and Dr Parasram dispelled the concept.

“I’ve said clearly and the CMO has said clearly, no private lab has been certified by CARPHA to conduct testing. CARPHA to date has not certified any private labs to do testing, the day they do that we will accept their results but those results will come straight to the Ministry of Health, they will not go to the actual patient as per protocol,” Deyalsingh said.

He added that they will only accept results from certified labs because the COVID-19 virus is now a reportable disease, and they must get data, which must be data the country can rely on.

He said: “As far as ramping up of testing is concerned I did indicate we’re trying to bring the North Central Regional Health Authority up to speed with testing, we’re working on that. The equipment is there, what we’re now in the process of sourcing are the actual kits and something called an extraction kit to extract the DNA from the samples. So, we’re in the process of doing that and we’ll be ramping that up once we get the extra kits. Some of the kits are in fact here but we do have to get the extraction kits.

“As far as drive-through testing is concerned, that is on the radar to do once North Central is up and running as a testing site,” Deyalsingh said.

Meanwhile, Parasram said one of the main reasons for using only certified labs is to avoid having a disparity in test results.

“We have actually seen where we got two positive cases from private labs in Trinidad that were subsequently sent to CARPHA, and both of them turned out negative. We can see the ramifications of it as it’s a false positive result we were getting, which is probably not as bad as if we got a false negative. If we get a false negative it means that somebody test negative, they think they don’t have COVID, they go about their normal life and they spread it to everyone that they’re in contact with.

“So it becomes extremely important that we only accept results from valid labs which at this time is CARPHA, and they’re not only for Trinidad and Tobago, they’re a regional lab.”

Parasram also touched on the guideline general practitioners should adopt in treating with suspected COVID-19 patients.

“The Ministry of Health has been liaising through the Trinidad and Tobago Medical Association as well as the Medical Board for quite a while now to ensure the general practitioners are aware of what to do if and when they have suspected persons. They have been liaising first of all with the County Medical Officers of Health at all regions, and then with the upcoming hotlines that we have they have an added tier where they can call into the hotlines to get additional advice as it were. So I think the general practitioners are in a good place at this point.”

As the world braces for what appears to be a major health crisis, shouldn’t we be considering the post­ponement of Carnival 2020?

What if one Carnival visi­tor is a carrier? How will we respond?

Private medical labs across Trinidad and Tobago are now being encouraged to begin performing tests for the COVID-19 coronavirus.

“It’s an unfair statement. The majority of drivers are wearing masks. Some drivers insist if you don’t have a mask, you can’t enter the bus.”

After a long wait, nationals employed with the Carnival cruise line have finally returned home.

Twenty-nine nationals who have spent months on board the Fantasy cruise ship, the lead ship of the Fantasy class of cruise ships, were placed into state quarantine last night at the National Racquet Centre in Tacarigua.

Following public outrage, another business owner has apologised for controversial Facebook comments following the police killing of George Floyd in the US last week.

THE Trinidad and Tobago Police Service (TTPS) has launched a new unit to investigate and prosecute sexual offences in the country.

The unit is called the Sexual Offences Unit (SOU) and is expected to be headed by Snr Supt Claire Guy-Alleyne, who currently heads the Gender Based Violence Unit (GBVU).