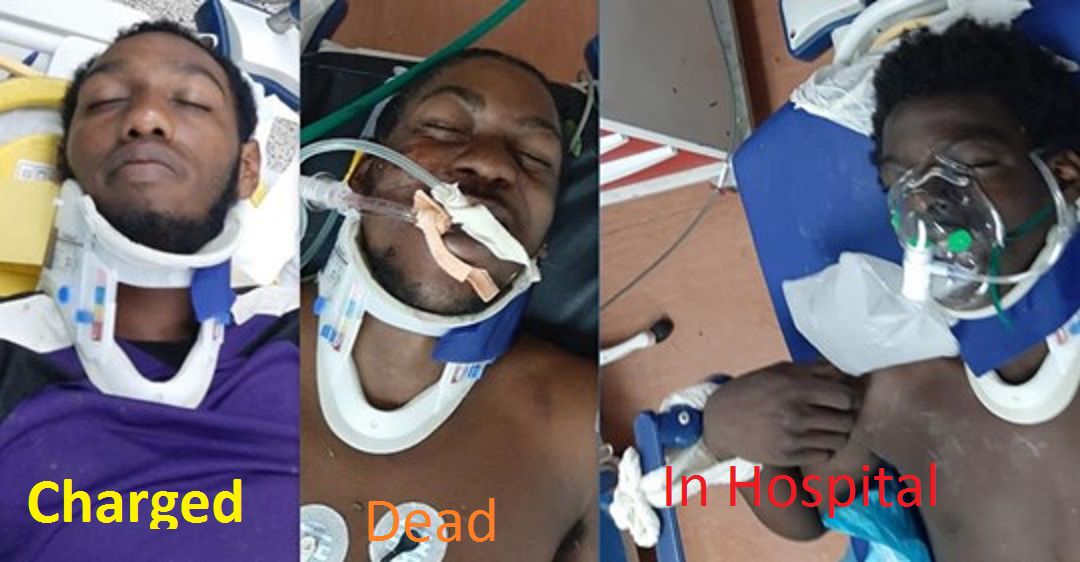 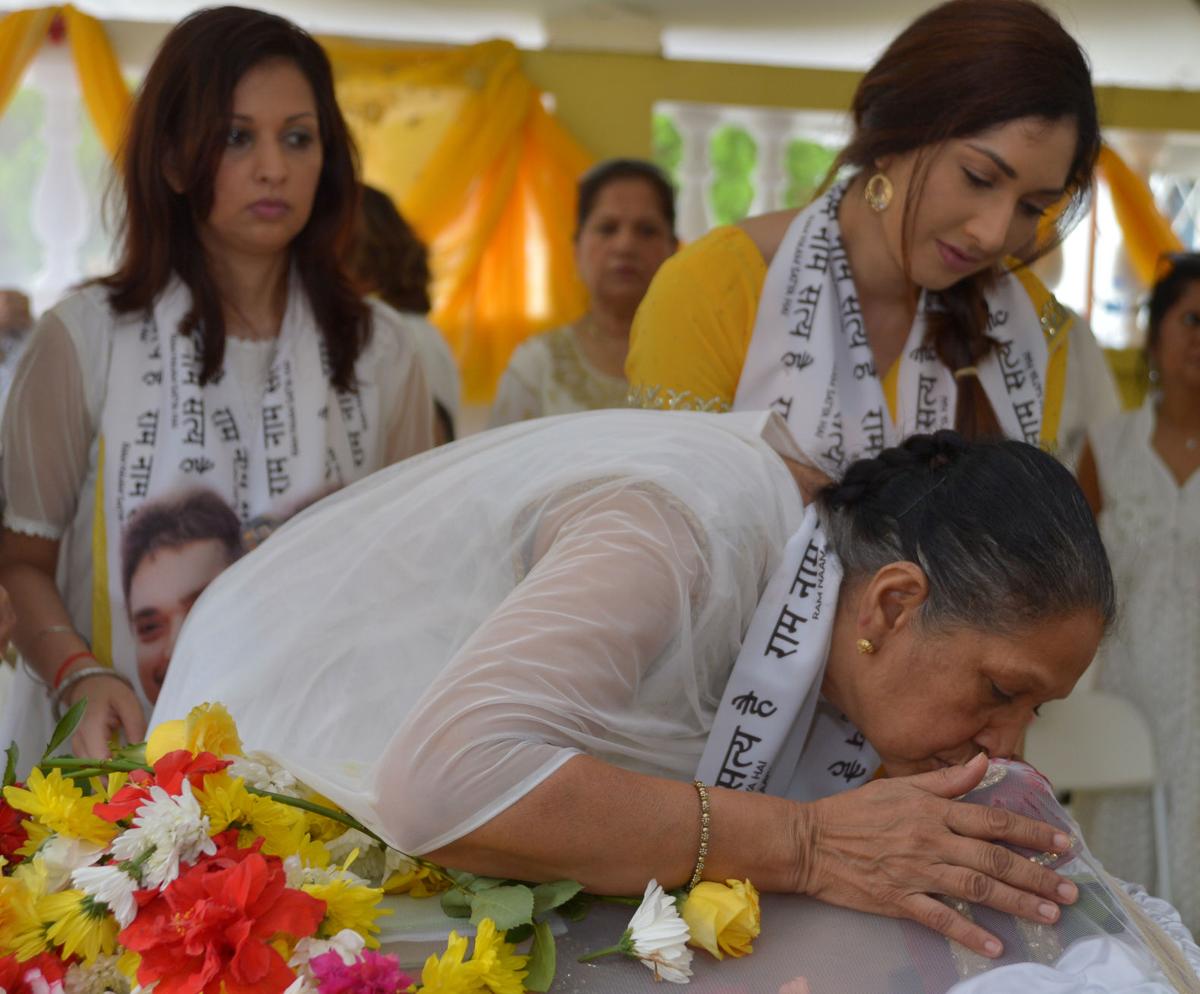 Mayoree Sharma, kisses her son Dr Rudradeva Sharma, during his funeral at his family's home at Sunset Ridge, La Romaine, on Sunday. Sharma died in a accident last week after he and a colleague left work at the San Fernando General Hospital and were kidnapped. Looking on are Dr Sharma's sisters Renuka, left, and Meenakshi. 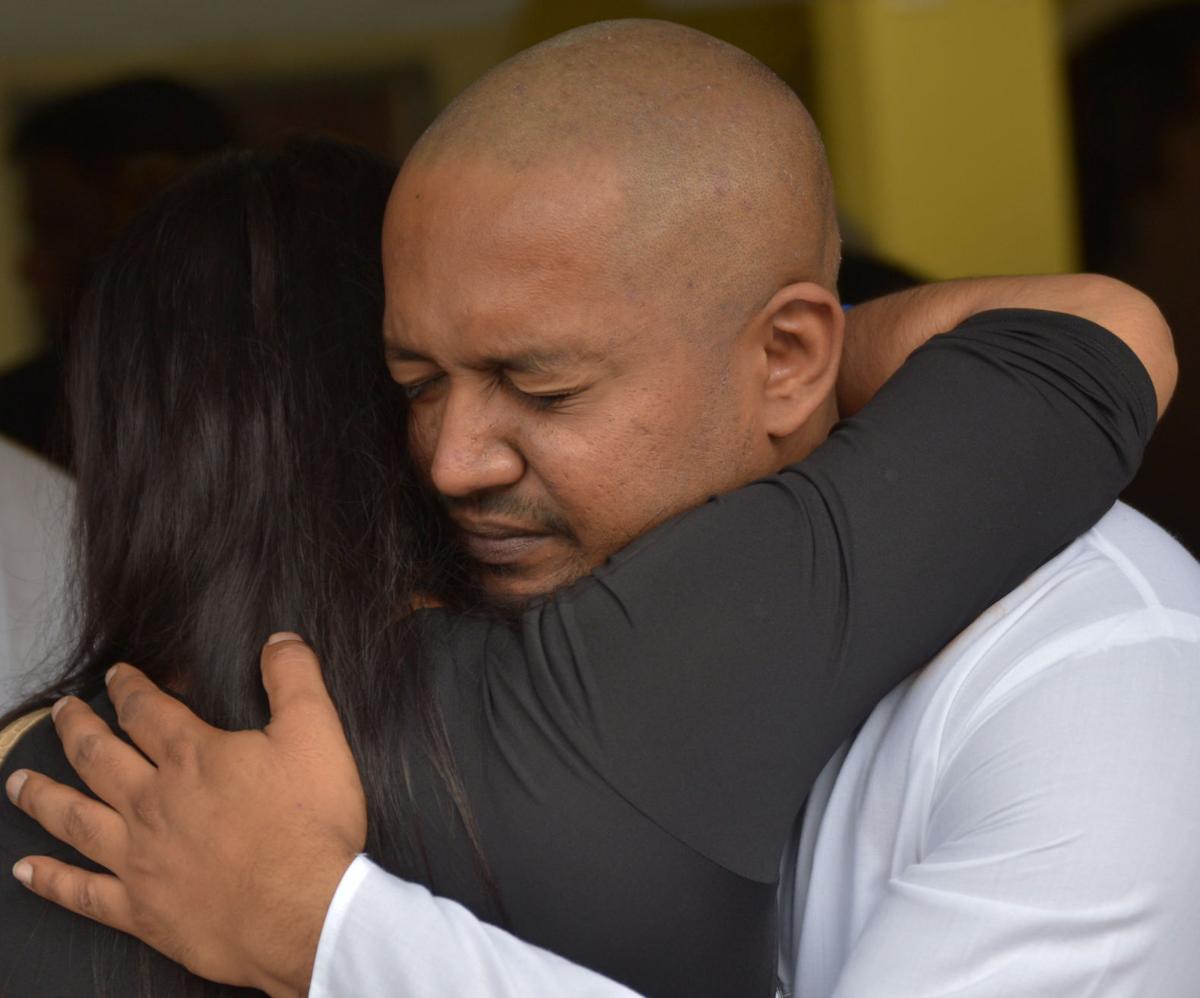 LUCKY TO BE ALIVE: Dr Prem Naidoo is consoled by a relative of Dr Rudradeva Sharm, at his family's home at Sunset Ridge, La Romaine, on Sunday. Sharma died in a accident last week after he and Naidoo left work at the San Fernando General Hospital and were kidnapped.

Advice was received this morning by Deputy Director of Public Prosecutions Joan Honore-Paul to charge the man with the murders of Sharma and Akeem Marine.

Both Sharma and Marine were occupants of a vehicle which crashed along the Solomon Hochoy Highway on January 15.

Sharma died at the scene.

Marine, 19, a suspect in the kidnapping, died last week Thursday at hospital.

Sharma’s colleague Dr Prem Naidoo was also in the car along a third suspect.

Sharma and Naidoo were earlier kidnapped while at Rushworth Street Extension in San Fernando. The two had completed their shift at the San Fernando General Hospital.

Francois is expected before a San Fernando Magistrate today.

Charges of kidnapping and robbery against the doctors are also expected to be read.

Legal officer Kyrn Lewis submitted the investigation file to the Office of the DPP.

The funeral for Dr Rudradeva Sharma was held at his home at Sunset Ridge, La Romaine this mo…

‘HE SAVED MY LIFE’

Dr Prem Naidoo, the man who knows what happened in the final moments of Dr ­Rudradeva Sharma’s life, believes his friend saved him.

LIMPING, and wearing a cast around his head and neck, a 17-year-old boy was yesterday brought to court for the murder of Dr Rudradeva Sharma a…