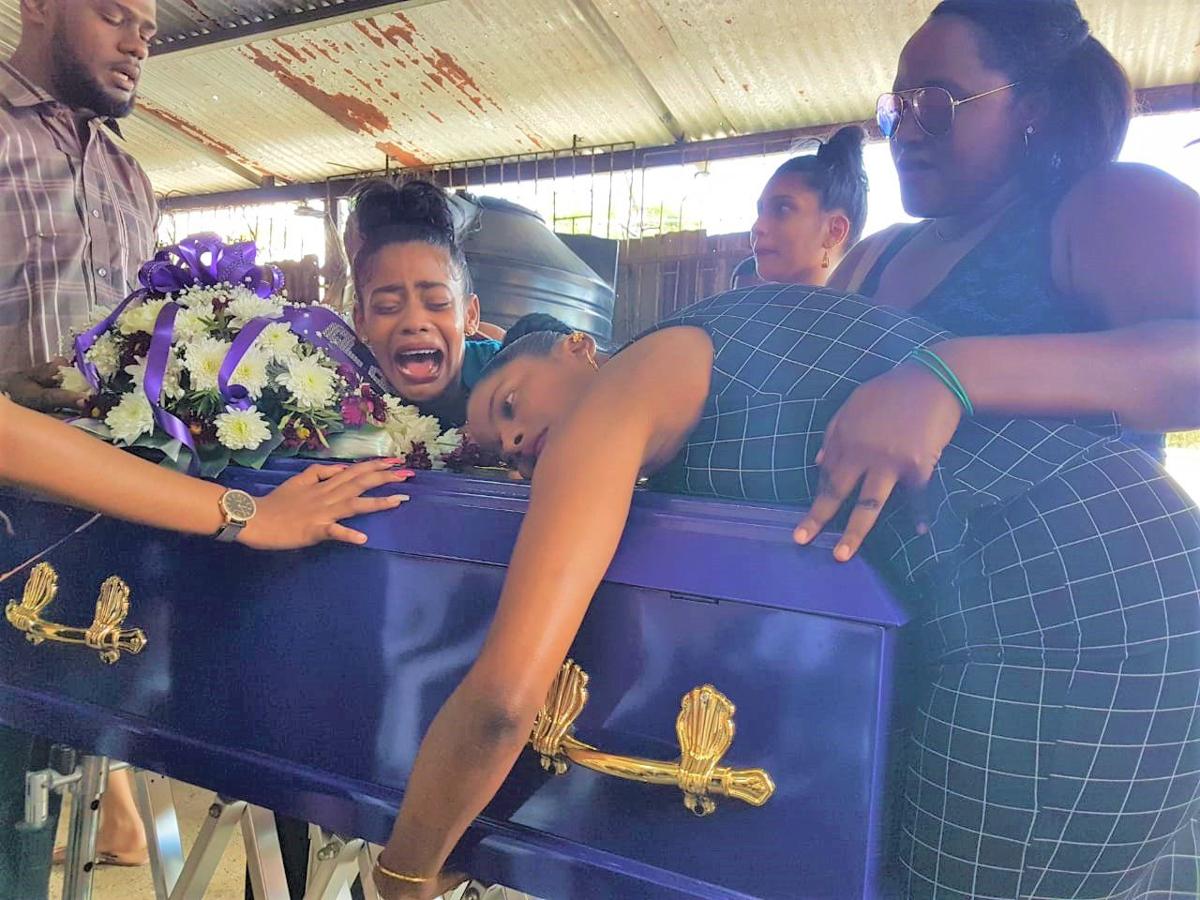 Overcome with grief, Maria Granger collapsed on the coffin bearing the body of her son Prince Francette. Photo: CINDY RAGHUBAR-TEEKERSINGH 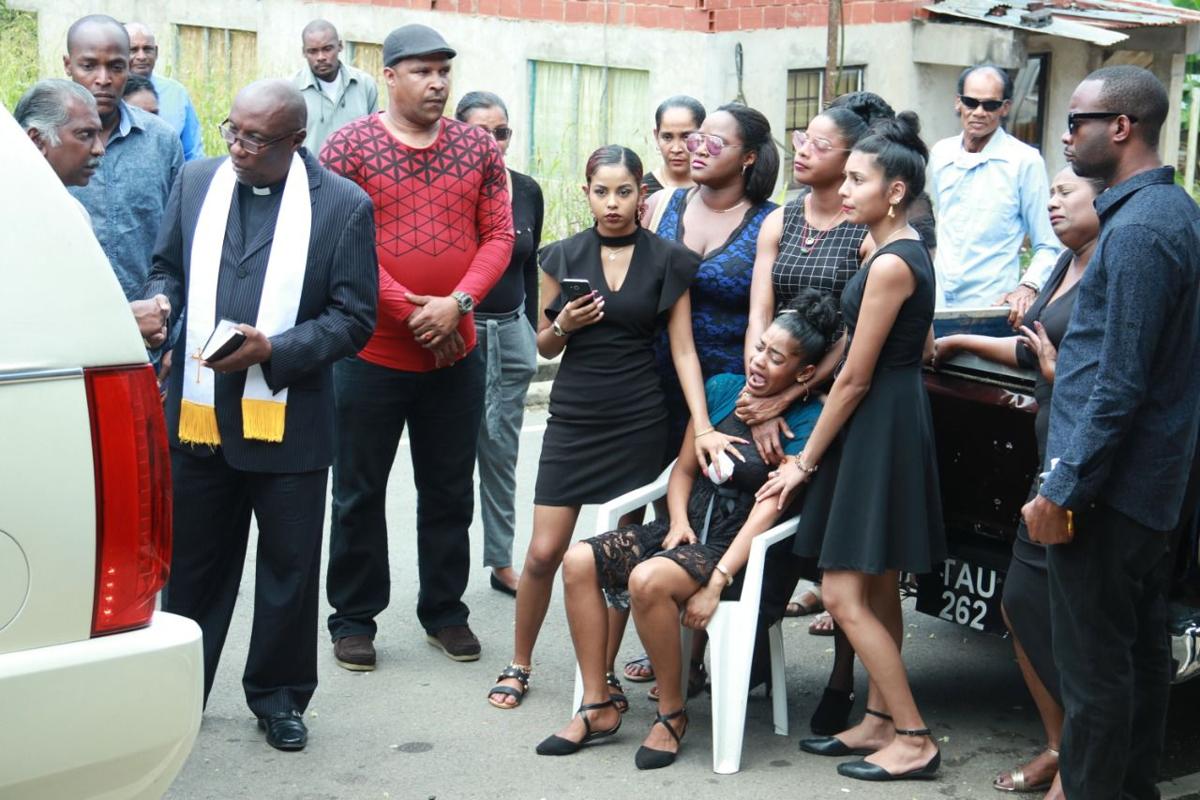 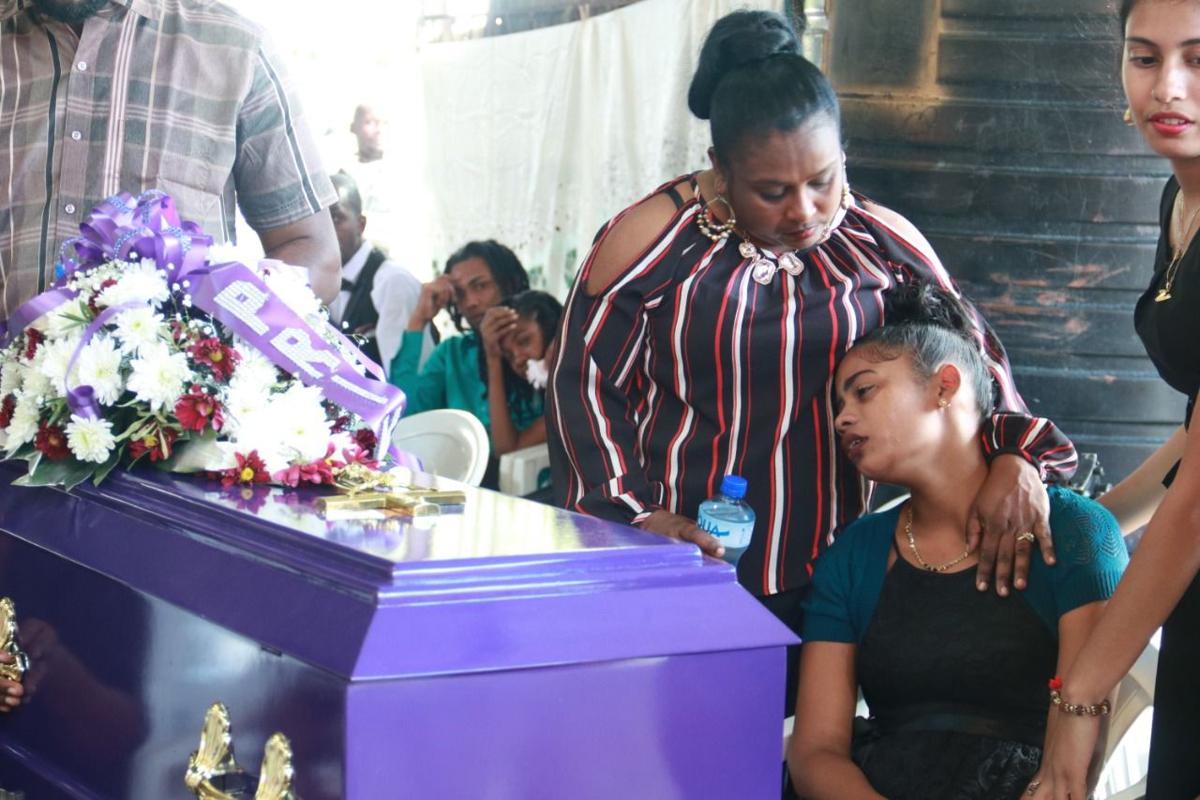 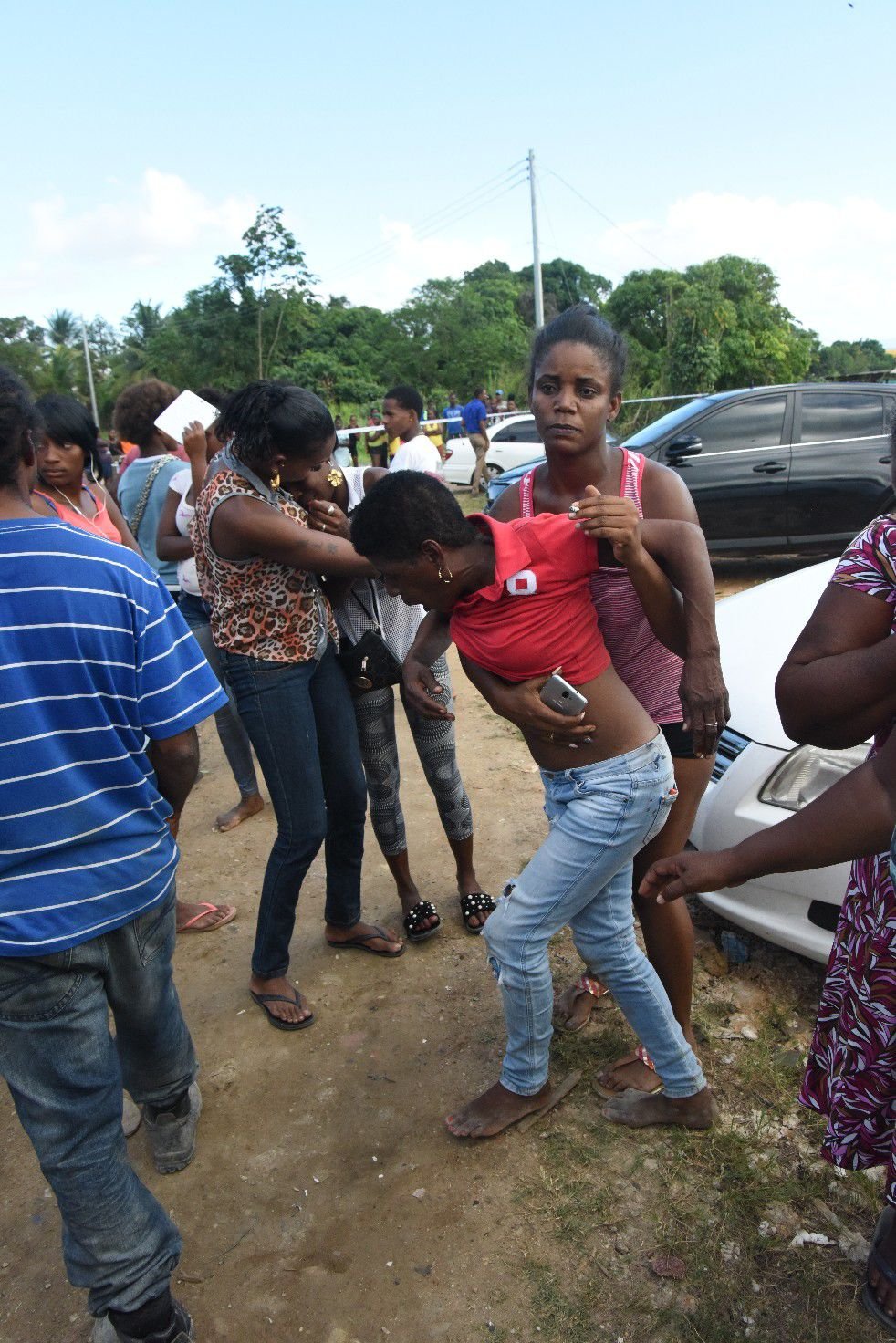 Maria Granger, the mother of three-year-old Prince Jay Francette, who was burnt to death in the back seat of his father’s car last Friday, made an emotional plea at his funeral on Wednesday.

Granger, 21, wants to know what caused the Nissan March car to explode killing her child.

The child was laid to rest following a service at Gaffoor Trace, Tableland.

Granger collapsed as the tiny purple coffin bearing the remains of her son arrived the family’s home.

Relatives described the child as playful and smart.

He was lovingly called Princy and Spiderman.

Prince’s father, Justin Francette, was not invited to the service.

The Express was told that Francette held a memorial service at his home in Tabaquite at the same time.

The child’s parents had separated six months after his birth. He lived with his aunt, Amanda Granger, in San Fernando.

The child was buried at the Tableland Public Cemetery.

Maria Granger had called for a second autopsy after it was found that the child died from toxic smoke inhalation.

But on Tuesday, Granger said she was ready to let go of her son and give him the send-off he deserves.

“I will leave it now in the hands of my God. My questions will be answered,” she said.

Justin Francette said he was saddened that anyone would think he would hurt his own child.

Francette, 22, described the incident as an accident.

According to the official police report, officers were called to a ‘car on fire’ report, and went to Cito Lane, Tabaquite.

They found a Nissan March, with the interior burnt out, parked in the front yard.

They met the child’s father, a labourer/mechanic, who pointed to the back seat of the car.

The officers saw the child, in a crouched position, motionless but still alive.

Francette said he was working on the car when it exploded.

He said he fought the blaze to save his son but the flames were too intense.

Paramedics took the boy to the hospital with his grandmother Dianne Stewart. But the child did not survive.

The car has been seized and taken to the Chaguanas Police Station to be inspected.

The mother of three-year-old Prince Francette, who died after he was trapped in his father’s…

How did this infant burn to death?

An infant boy who fell asleep in the back seat of his father's car, died on Friday afternoon…