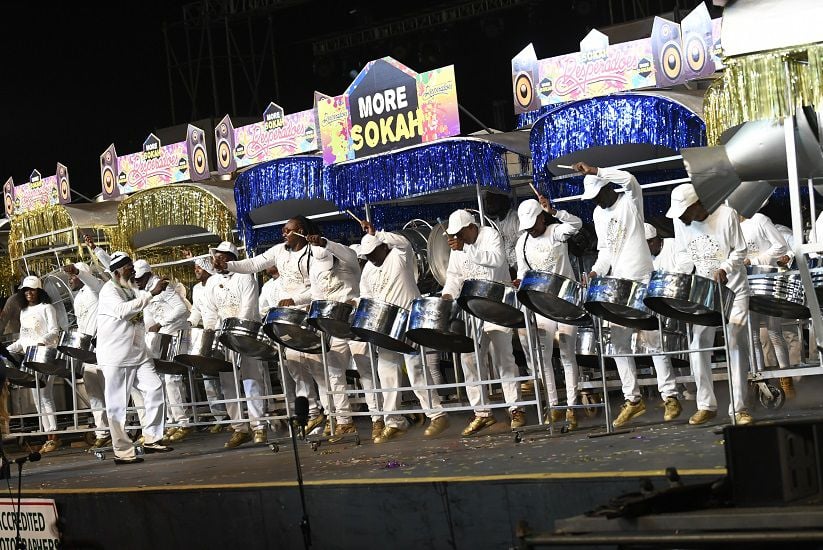 Desperadoes goes through their winning performance at the Queen's park Savannah, Port of Spain on Saturday. -Photo: JERMAINE CRUICKSHANK 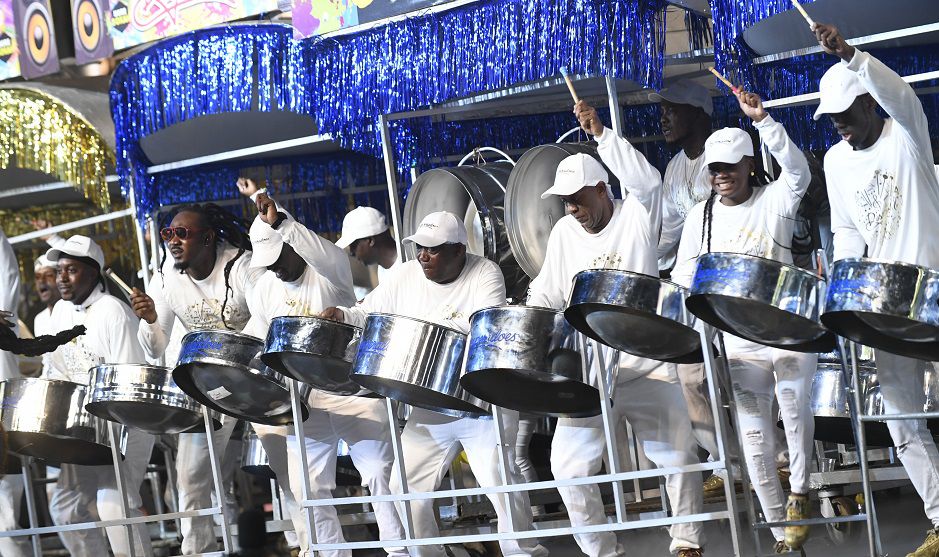 Some members of Desperadoes have their hands raised as if signalling triumph during their winning performance at the finals of the 2020 National Panorama Championships. Photo: JERMAINE CRUICKSHANK 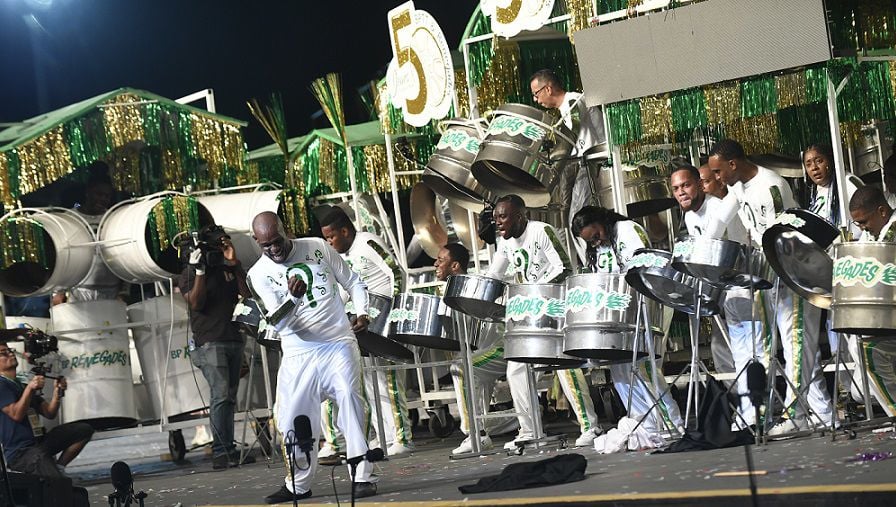 Duvone Stewart leads BpTT Renegades through their paces during the final of the Large Band category of the 2020 National Panorama Championships at the Queen's Park Savannah in Port of Spain on Saturday. - Photo: JERMAINE CRUICKSHANK

Desperadoes goes through their winning performance at the Queen's park Savannah, Port of Spain on Saturday. -Photo: JERMAINE CRUICKSHANK

Some members of Desperadoes have their hands raised as if signalling triumph during their winning performance at the finals of the 2020 National Panorama Championships. Photo: JERMAINE CRUICKSHANK

Duvone Stewart leads BpTT Renegades through their paces during the final of the Large Band category of the 2020 National Panorama Championships at the Queen's Park Savannah in Port of Spain on Saturday. - Photo: JERMAINE CRUICKSHANK

Performing in position seven in the Large Band category at the Queen's Park Savannah, Port of Spain on Saturday, the Laventille-based steel orchestra delivered a scintillating performance of Nailah Blackman’s “More Sokah” arranged by Carlton “Zanda” Alexander, to reverse semi-final round placings with Renegades, who had topped the semis with 283 points and who was also chasing their 12th title.

Renegades' delivery of the Duvone Stewart arranged "Wrong Again" earned them 282 points, to finish in a tie for second with Trinidad All Stars, who delivered another silky smooth rendition of Leon “Smooth” Edwards arrangement of “More Sokah".

In being pipped to the title number 12, the Charlotte Street based Renegades was also denied the opportunity of recording a historic second hat-trick of Panorama victories, after becoming the first and only band to accomplish the feat with wins in 1995, '96 and '97.

The surprise of the evening was the placing of preliminary round leader Exodus, who had occupied joint second with Desperadoes at the semi-final stage of the competition.

Exodus failed to impress the judges with their performance of "Dear Promoter" arranged by Terrence “BJ” Marcelle, finishing tied for seventh with Supernovas with 276 points.

Desperadoes, a beacon on de hill

Hailing from the hills of Upper Laventille Road, Laventille since the 1940s, Witco Desperadoes or “Despers” as the band is commonly called, is a championship band.

The band moved from the hills of Laventille to downtown Port of Spain in 2015 because of space and crime concerns.

Expect an all-out war tonight at the Queen’s Park Savannah, Port of Spain, when the top large steel orchestras face off, each hoping to win the National Panorama Championships.

REPUBLIC Bank Exodus will be leading the charge of 16 large bands following this week’s preliminary judging for the 2020 Panorama competition, according to results released yesterday by Pan Trinbago.

George Street not the place for pan theatre

Despers is in no position to refuse the generosity of the prime minister, but the population can. We can tell Dr Keith Rowley the reasons Despers left the Hill are still with us, and may even be more deeply entrenched as we count the daily shootings, killings and incidents of violence being perpetrated on some innocent citizens.

How we can help St Vincent: Collection centres opened