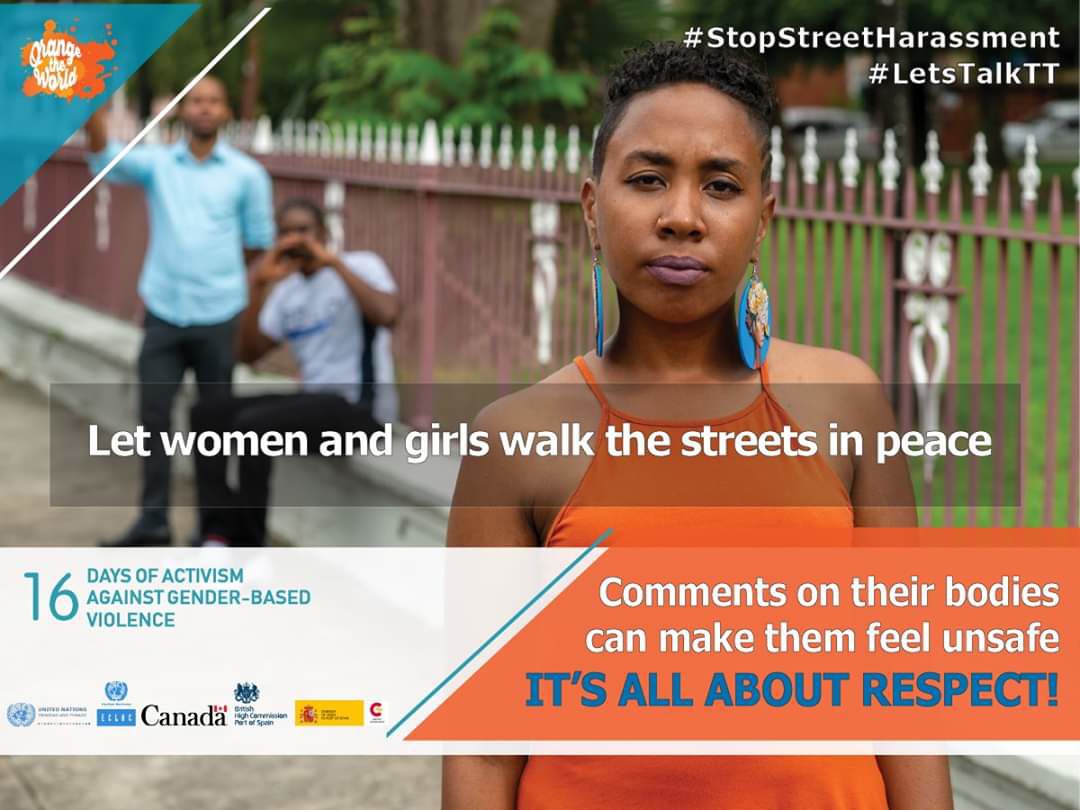 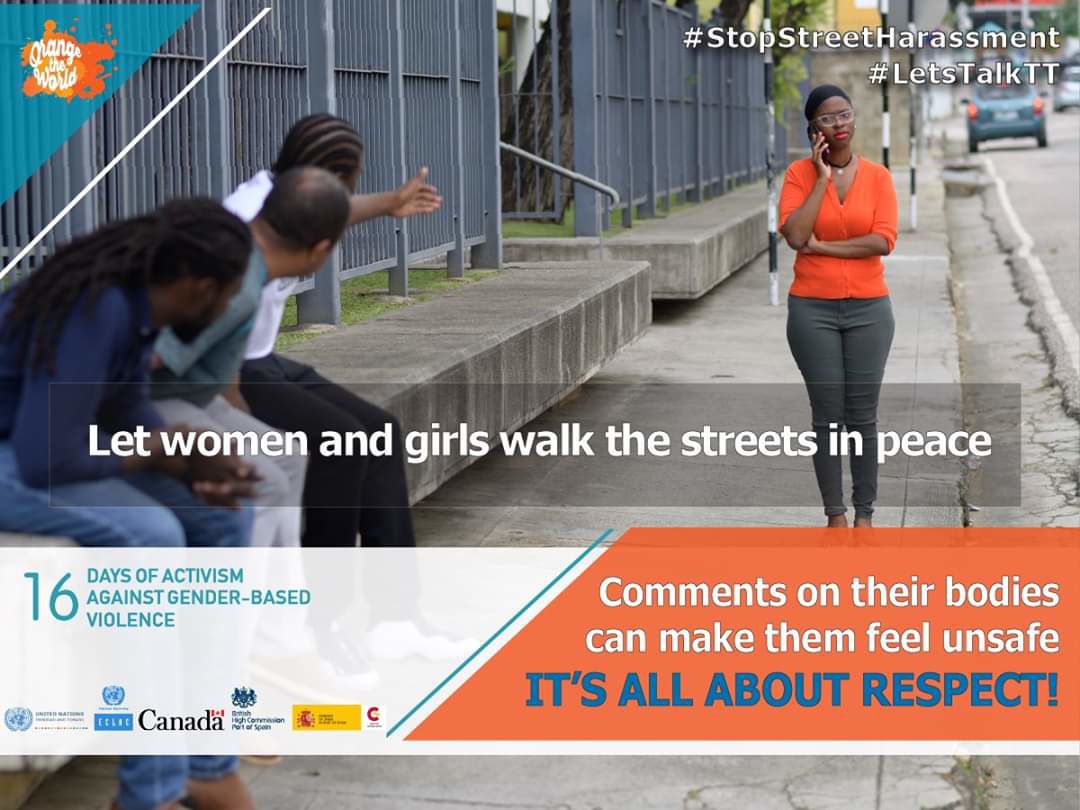 Women and girls in Trinidad and Tobago cannot walk the streets without being harassed by dirty men with foul mouths who brazenly make offensive comments which can range from “baby yuh sweet and sexy” to explicit remarks about female genitalia.

Street harassment is a form of gender-based violence (GBV) and although it may be a cultural “norm” for inappropriate comments to be hurled at women on the streets, the Economic Commission for Latin America and the Caribbean (ECLAC) has started a national conversation to educate men, boys and the population at large that this is not right, it must stop.

Amelia Bleeker, ECLAC’s associate programme management officer, in an interview with the Express last Wednesday at ECLAC’s Port of Spain office, said the campaign will focus specifically on street harassment and will also involve going into 30 secondary schools nationwide to educate students about GBV.

Bleeker said she spoke to women and girls in Trinidad and the general consensus is that the streets are unsafe.

Catcalling may be a norm everywhere where women walk, but Bleeker said accepting this is creating a fertile ground which fuels other forms of GBV like rape and sexual assaults.

She said the scariest testimony she heard was from a Trinidad-born woman who is of Chinese descent from Central who faces street harassment on a daily basis as she walks the street to get to her office.

“Every day they will ask her what Chinee p---y tastes like, and it’s just constant and she said her daughters also face the same kind of harassment, that these people often follow her to her car just repeating that kind of stuff. So it’s very explicit and it also involves a stalker element,” said Bleeker.

She added that asylum-seekers and migrant women are facing the issue where men boldly walk up to them on the street and ask, “How much you cost?”

“Street harassment is still very much viewed as fun, flattering and even complimentary behaviour and so there’s a lot of work to be done to shift the national dialogue to a safety issue and human rights issue,” she said.

Bleeker noted that there is an international campaign that calls for the elimination of all forms of gender-based violence (GBV) against women — 16 Days of Activism Against Gender-Based Violence.

Since 1991, the campaign has run each year from the International Day for the Elimination of Violence against Women, on November 25, to Human Rights Day, on December 10.

Since its launch, over 6,000 organisations in approximately 187 countries have participated in the campaign.

Bleeker said that for too long, gender inequality, impunity, and silence have allowed GBV to become one of the most prevalent human rights violations in the world — one in three women worldwide experience physical or sexual violence in their lifetime.

GBV, she said, exists on a broad spectrum, with street harassment sitting at its lower end and sexual assault, rape and murder being its most severe forms. It can cause significant harm, including long-term injury to physical, mental, and emotional health, and, in the most extreme cases, death.

Bleeker pointed out that the most recent prevalence survey on intimate-partner violence revealed that one in three women and girls in unions have experienced abuse, of which 29 per cent were victims of a combination of physical and sexual assaults.

In 2017, 52 women were killed in Trinidad and Tobago, 43 of them because of domestic violence. Between 2009 and 2017, 74 per cent of those who reported domestic violence to the police were women.

There is no data in T&T with respect to the prevalence of street harassment in this country.

However, Bleeker lamented that it being tolerated as a social norm is unhealthy.

She said it ranges from unwelcome sexual advances and requests for sexual favours to other verbal or physical conduct of a sexual nature, such as comments on women’s appearance and stalking. Some women, she said, were forced to change their work patterns and commute just to avoid the street harassment they face.

Bleeker spoke to the dangers of the street harassment as she cited an incident in New York, USA, where a woman was catcalled by a man, she ignored him and he then followed her home and shot her dead.

Bleeker, who has been living in Trinidad for the past 18 months, said she, too, feels a sense of fear when walking the streets here.

“This is not a campaign about encouraging women to challenge street harassment. It’s about men and boys educating themselves and others from inflicting fear on women and girls and allowing them to enjoy their right to equal enjoyment of public spaces,” she said.

The May death toll of 66 people includes the tragedy of two sisters dying days apart, a police officer and a Point Fortin Borough Corporation driver, among others.

COVID-19 claimed the life of a 49-year-old acting inspector of police yesterday bringing the total to two police officers who have died as a result of the on-going pandemic this month alone.

Dozens of people rushed to public healthcare facilities across the East-West Corridor yesterday to get tested for Covid-19 as the virus continued its aggressive spread.

As Covid-19 cases continue to sky-rocket, the Ministry of Health has taken steps to increase bed capacity at hospitals and step-down facilities to ensure sufficient space is available to treat Covid-19 patients.

President Paula-Mae Weekes has urged citizens to emulate Muslims and exercise self-restraint and make personal adjustments to assist in the Covid-19 fight in this country.