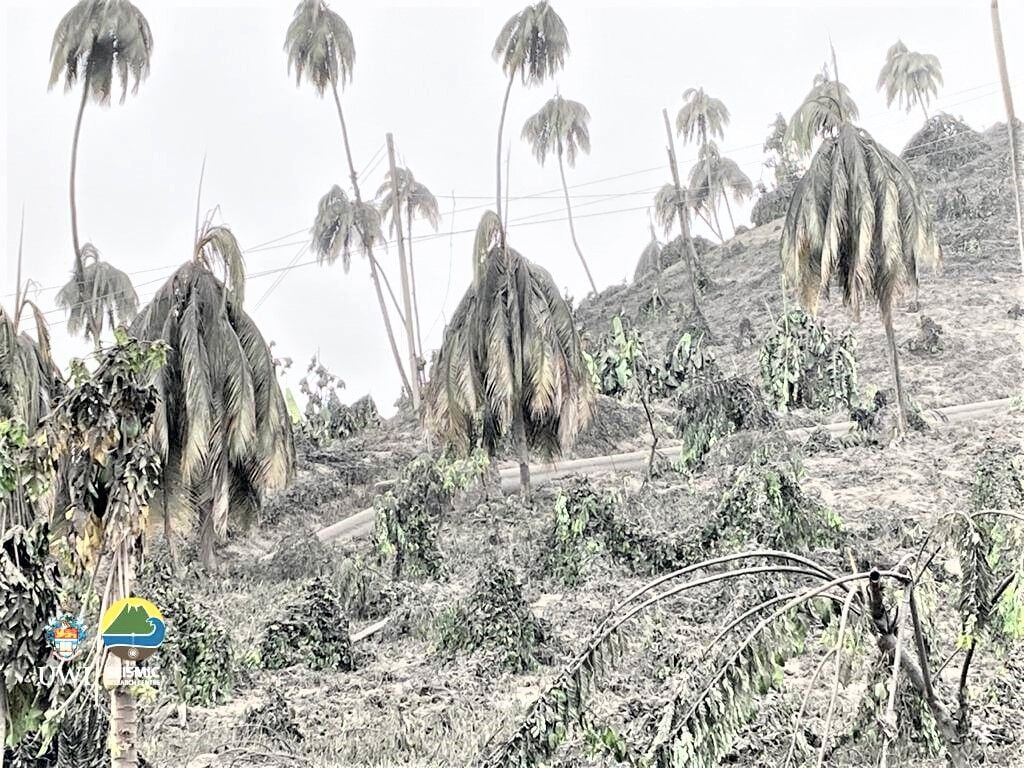 The weight of the ash is too much for the coconut trees. The impact on vegetation is devastating in the short term but beneficial in the long term. Photo credit: Prof Robertson, UWI-SRC. 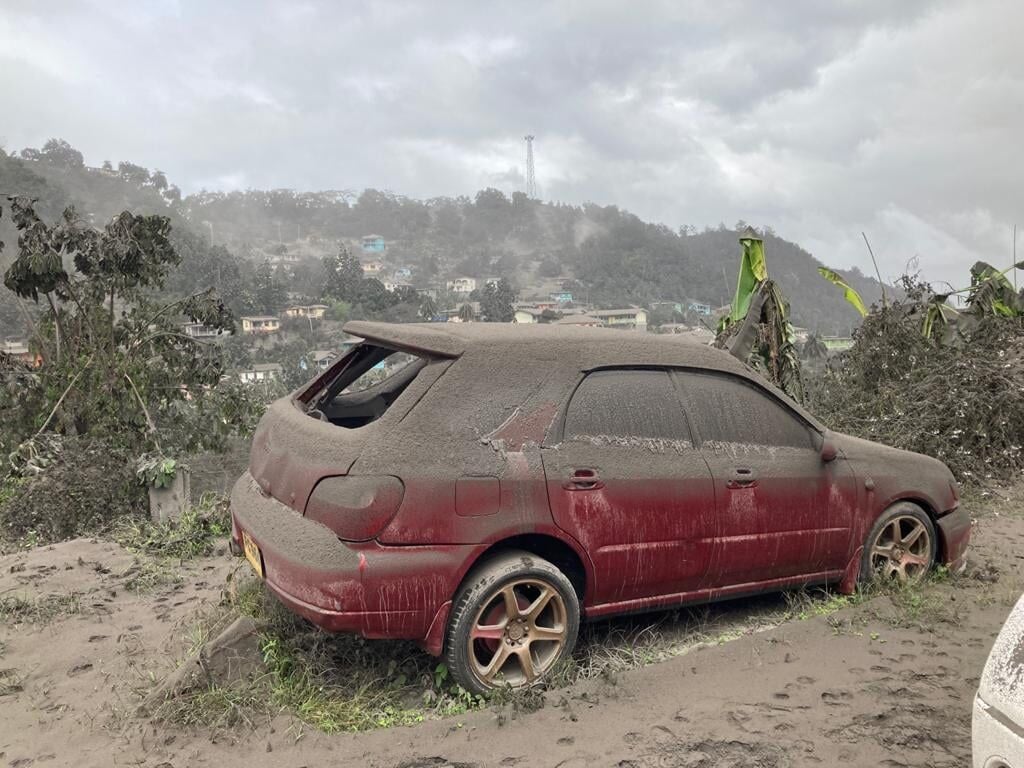 Ashfall is the most far-reaching and pervasive volcanic hazard and the impact can linger for years after. Photo credit: Prof Robertson, UWI-SRC. 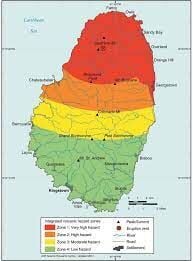 St Vincent endured another night of explosions, ash fall and earthquakes, as the eruption of the La Soufriere Volcano entered its fourth day.

The latest explosion happened at 4.15a.m. today, with a pyroclastic flow on the flanks of the volcano.

These type of tremors are associated with magma forcing its way through rock.

She said that there were no confirmed pyroclastic density currents (pyroclastic flows) on Sunday.

Joseph said that observers had reported a lahar on Rabacca Dry River located on the outskirts of Georgetown, a community within the Red Zone.

She said it likely happened when there was rainfall on the volcano’s summit.

A lahar is composed of a slurry of pyroclastic material, rocky debris and water, and in 1979, this violent mudflow devastated some areas in the foothills of the La Soufriere.

More than 16,000 residents of the country have moved from the Red Zone since last Monday when the Government ordered a mandatory evacuation.

And more fled on Sunday, as explosions continued and fear grew over the potential catastrophic pyroclastic flows similar to the La Soufriere eruption of 1902 when more than 1,600 died.

Prime Minister Dr Ralph Gonzalves said that as of this morning, there had been no deaths or major injuries reported, but some people were still to leave the Red Zone, have chosen to stay behind to tend to crops and livestock.

With rock fragments ranging in size from ash to boulders that travel across the ground at speeds typically greater than 80 km per hour, pyroclastic flows knock down, shatter, bury or carry away nearly all objects and structures in their path. The extreme temperatures of rocks and gas inside pyroclastic flows, between 200°C and 700°C, can ignite fires.