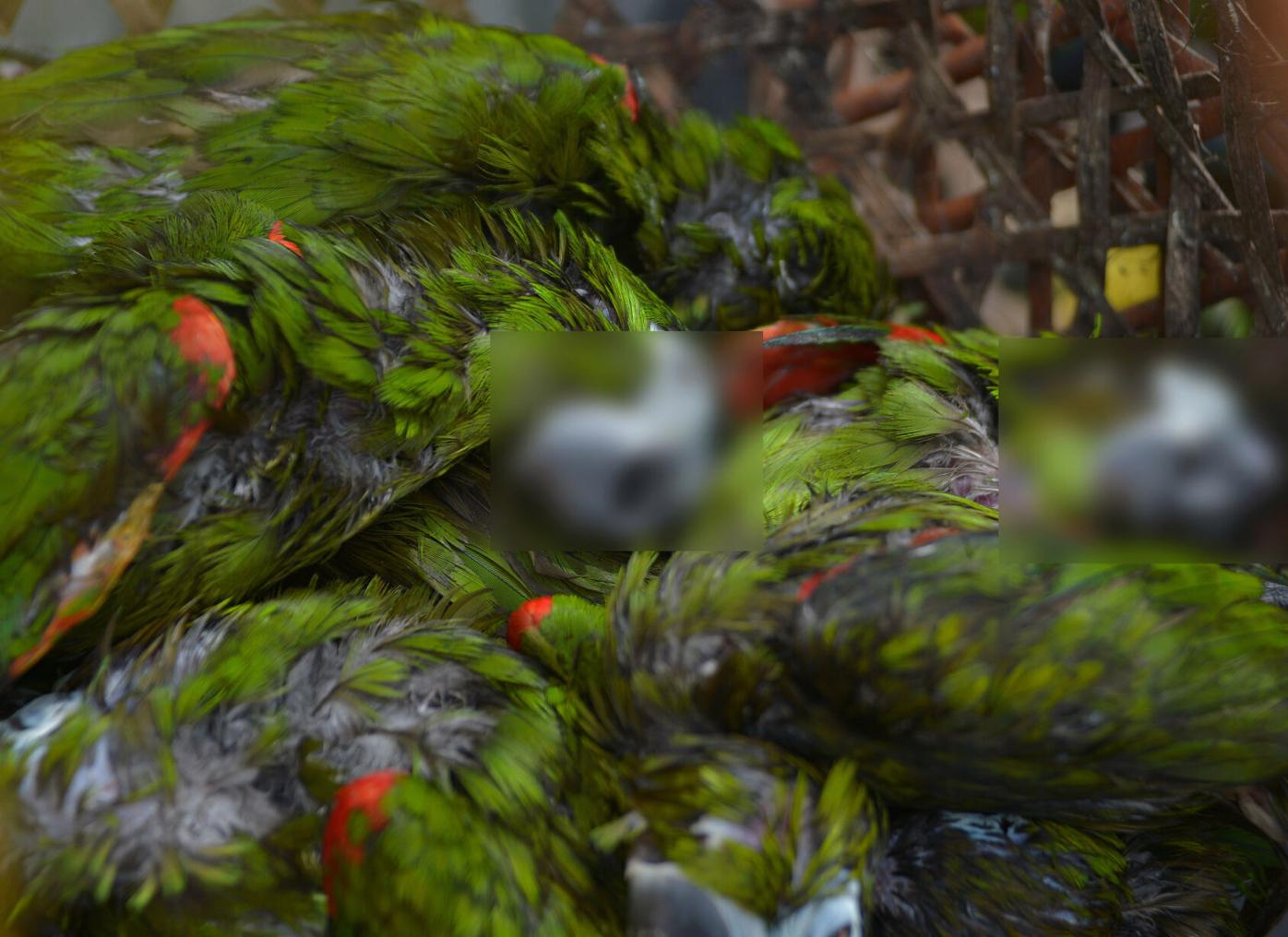 Some of the dead parrots at the Cedros Police Station which were recovered off the coast of Cedros on Monday by the Coast Guard after they intercepted a pirogue carrying the illegal parrots. The captured birds were being brought into the country to be sold, but were thrown overboard when caught by the Coast Guard. 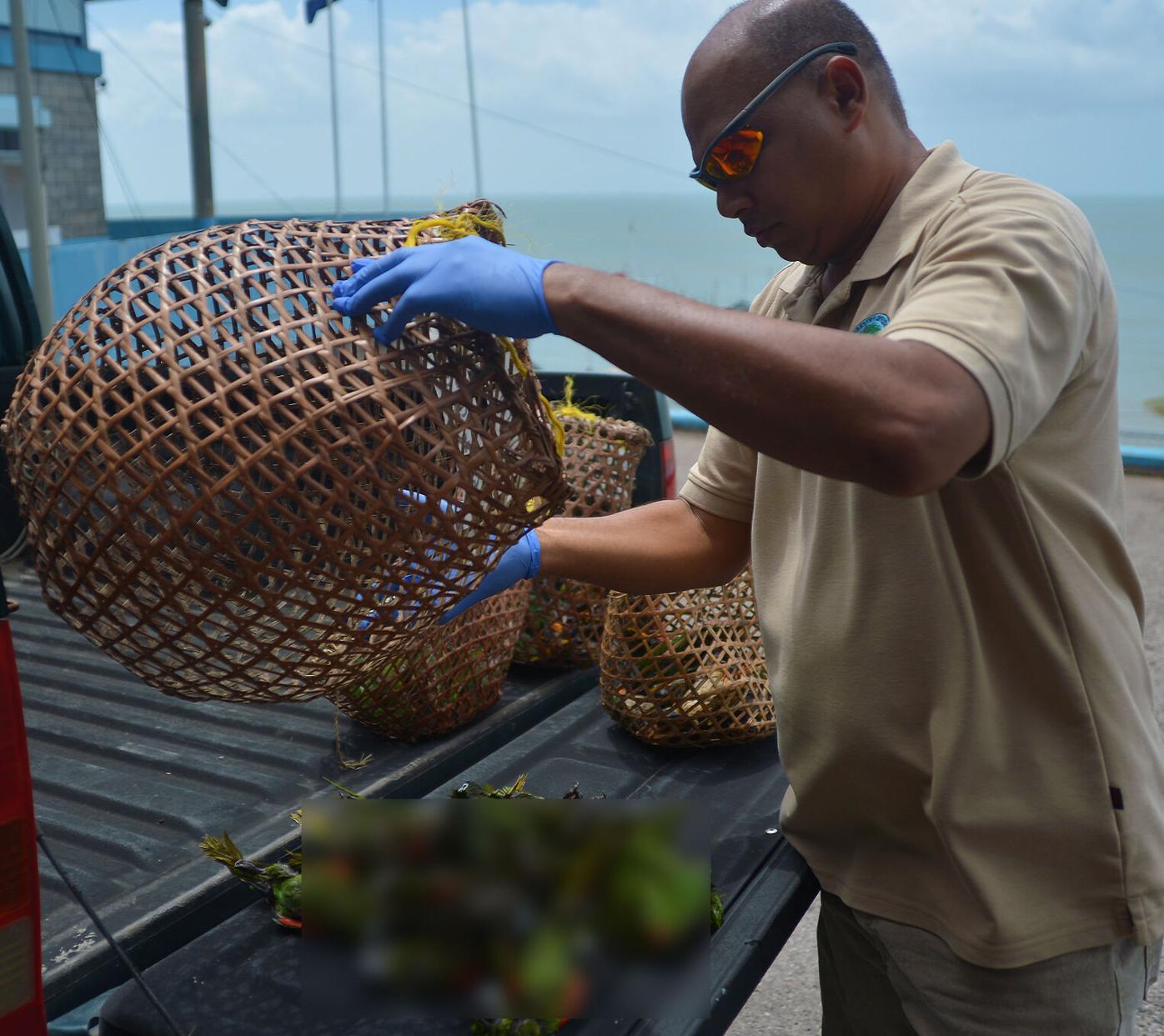 Game warden Richard Ramlogan shows one of the four baskets filled with dead parrots at the Cedros Police Station on Monday. The Coast Guard intercepted a pirogue carrying the illegal parrots off the coast of Cedros. The captured birds were brought into the country to be sold, but were thrown overboard after being caught. 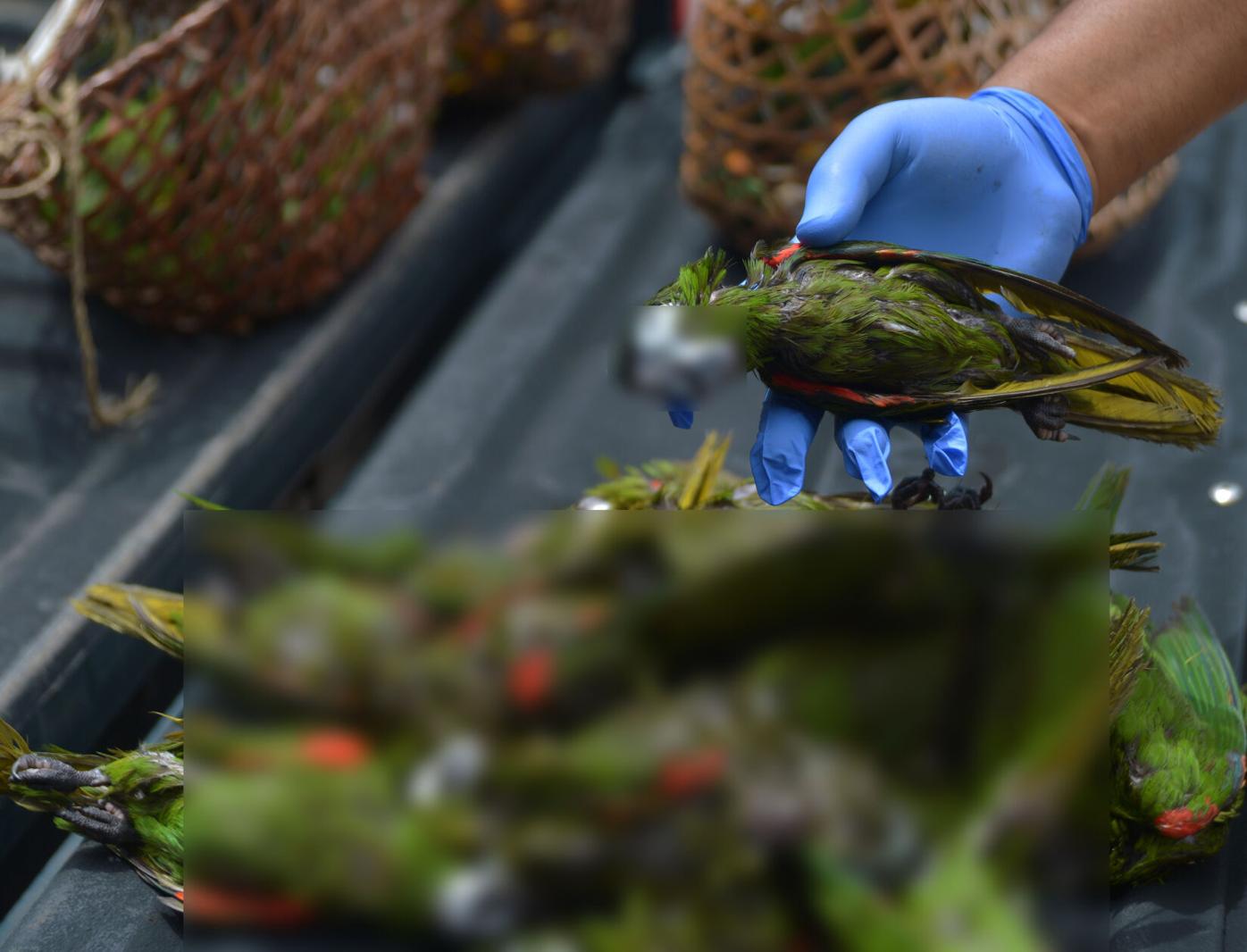 Some of the dead parrots at the Cedros Police Station which were recovered off the coast of Cedros on Monday by Coast Guard after they intercepted a pirogue carrying the illegal parrots. The captured birds were brought into the country to be sold, but were thrown overboard when caught by the Coast Guard. 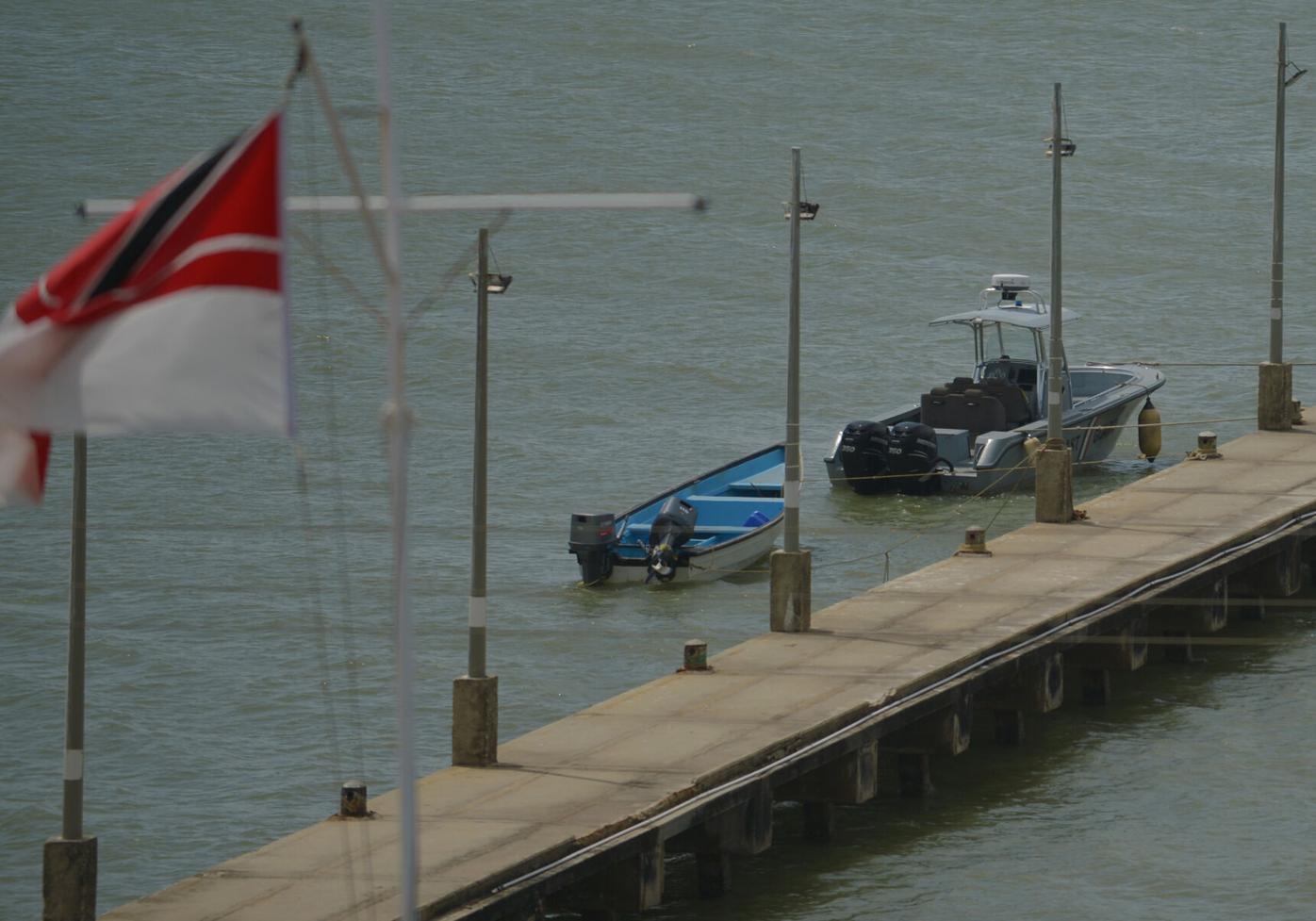 The pirogue which were carrying the illegal parrots seen here docked at the Coast Guard jetty on Monday in Cedros.

A SHIPMENT of exotic birds to feed the public's demand for the protected creatures drowned in the Gulf of Paria as suspected smugglers dumped them into the sea to escape authorities on Tuesday.

Four wicker baskets, filled with caiques (miniature parrots), Hahn's macaws and Orange-winged parrots, were retrieved from the sea when Coast Guard officers intercepted a pirogue with a crew allegedly smuggling the birds from Venezuela to Cedros.

When the TTCG officers fished the baskets out of the water, all of the animals had already drowned.

There were 22 caiques, 20 Hahn's macaws, and five orange-winged parrots.

The three Trinidadian men - aged 21, 37 and 54 - aboard the pirogue were detained, and handed over to the Cedros Police Station for further inquiries.

The interception exercise occurred around 6.36 a.m. during routine patrols by the TTCG of the south western coastline.

In keeping with Covid-19 protocols, the suspects would have to be tested for the Coronavirus as it is believed they were returning from Venezuela when they were detained.

The suspects were to be charged via summons and after they were informed of their intended prosecution, they were released from custody. They would appear before a Point Fortin magistrate on a date appointed.

For the 22 caiques and 20 Hahn's macaws, they were to be charged jointly for 42 offences of keeping protected animals without a permit which is in contravention of the Wild life Act regulation 9 (1).

For the five Orange-winged parrots they were to be charged with five offences under Section 6: 1 (a) of  possession of a second schedule animal in the closed hunting season.

The animals would be refrigerated until the case hearing.

The Express was told that each caique, Hahn's macaw and Orange-winged parrot fetches a price of $500 on the black market.

"Wildlife is ranked in the top three of the illegal trades, behind drugs and firearms and ammunition. It is ranked in the top three because of the monetary gains from it. We need to continue to sensitize the public that the manner in which these animals are obtained for the trade is very inhumane. Some of the animals do not survive the process from capture to the sale in Trinidad", said Seepersad.

"To get a baby parrot or macaw, the person has to climb the tree and take the infants from the parents, or cut the tree down get to the nest. Sometimes the animals die in the process. Monkeys are some of the biggest sellers in Trinidad. A female monkey will protect her baby just like a human, that is, with her life", said the senior game warden.

Seepersad lamented that the detection rate of wildlife smugglers is very low.

The country is seeing a wave of Covid-19 cases, with seven more being reported overnight.

This takes the number of confirmed cases to 173.

The Ministry of Health gave the information in its morning update. None of the new cases has been classified as imported or a contact of a recently confirmed case.

A MEMBER of the Trinidad and Tobago Prison Service is one of the latest people to have contracted the Covid-19 virus.

With the positive result, acting Prisons Commissioner Dennis Pulchan yesterday ordered the evacuation and closure of the Prisons Administration Building in Port of Spain.

No personal benefit from any Cabinet decision, says Young

National Security Minister Stuart Young yesterday stated that his family has not benefited personally or financially from any Cabinet decision during his tenure as a minister in the current administration.