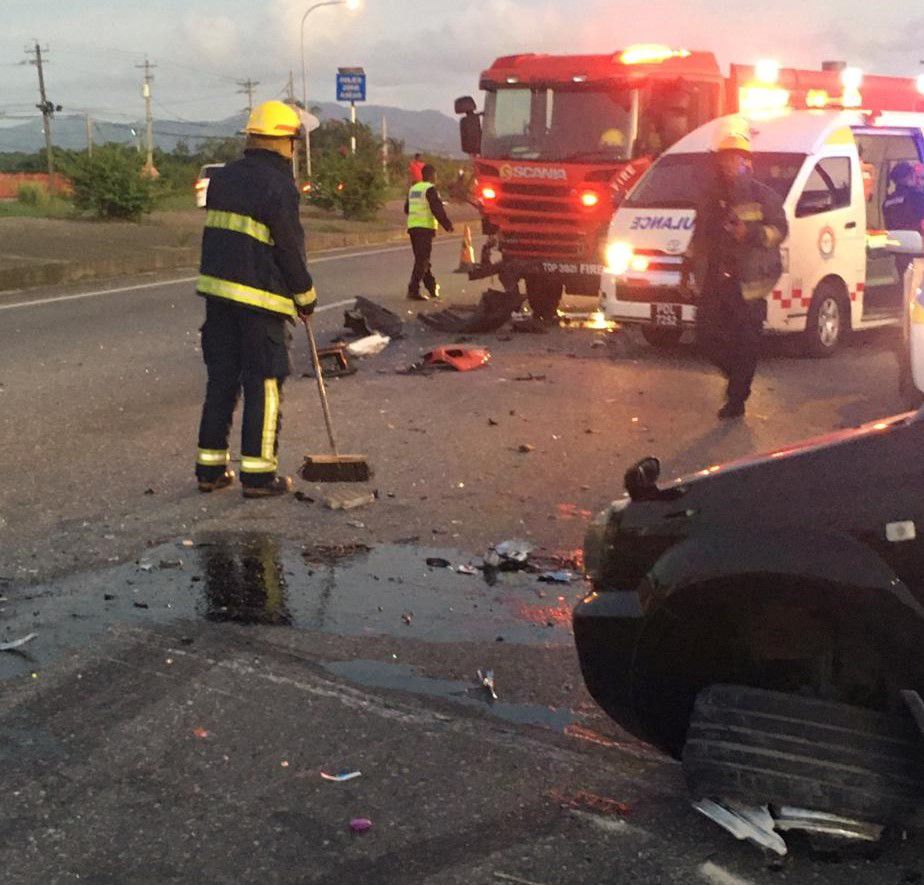 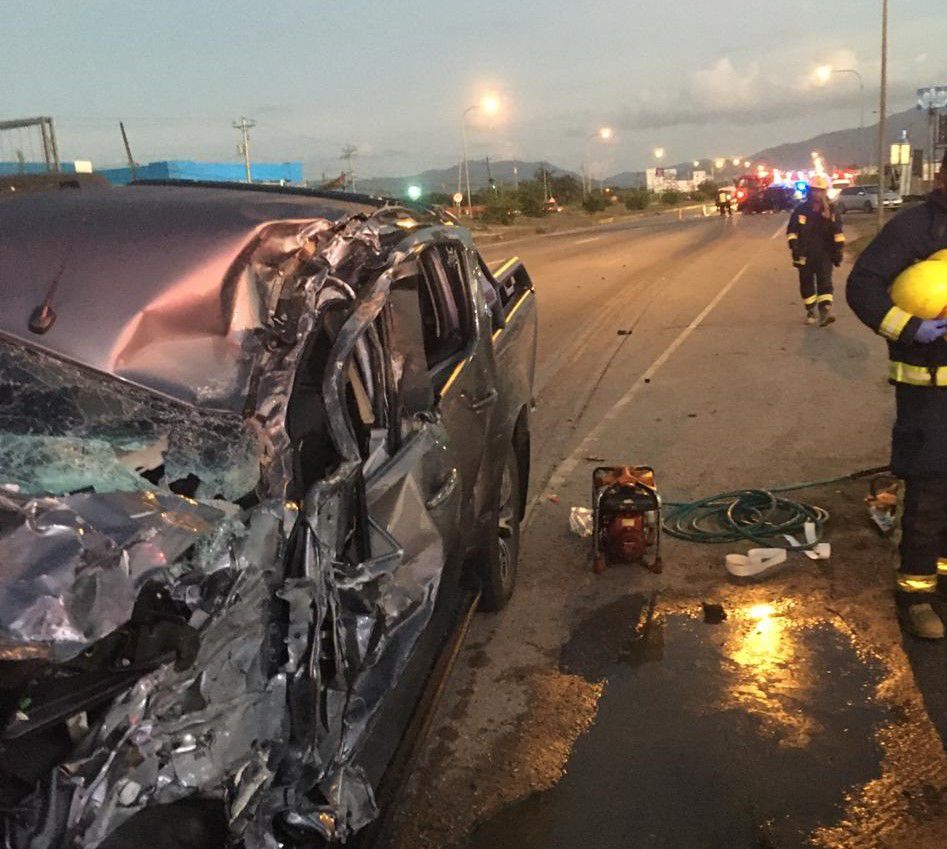 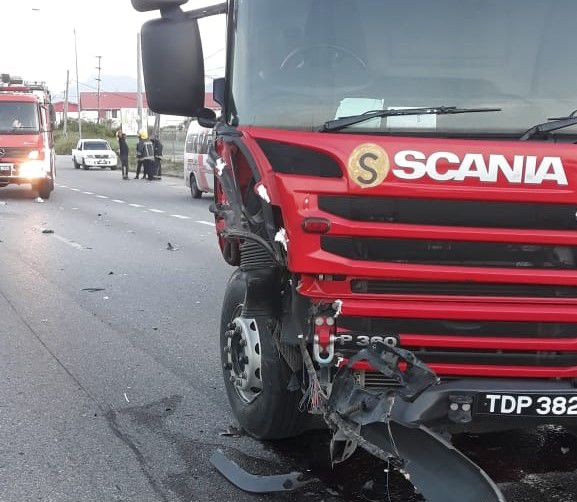 Two fire fighters and a civilian were injured when a pick up van crashed into the fire tender on Sunday.

It is suspected that the driver of the van fell asleep at the wheel.

At around 5 a.m., the fire officers of the Chaguanas Fire Station had responded to a crash on the south bound lane of the Solomon Hochoy Highway in the vicinity of Bejucal Road.

The fire tender was parked and the officers were exiting the vehicle when the van crashed into the tender.

The officers and the driver of the van were injured on impact.

They were taken to Chaguanas District Health Facility where they were treated for their injuries.

THE wearing of masks will be made mandatory under a United National Congress (UNC) government.

After walking into woman's house at 4a.m., knifed to death

The United National Congress (UNC) plans to “create a dome,” around Trinidad and Tobago to l…