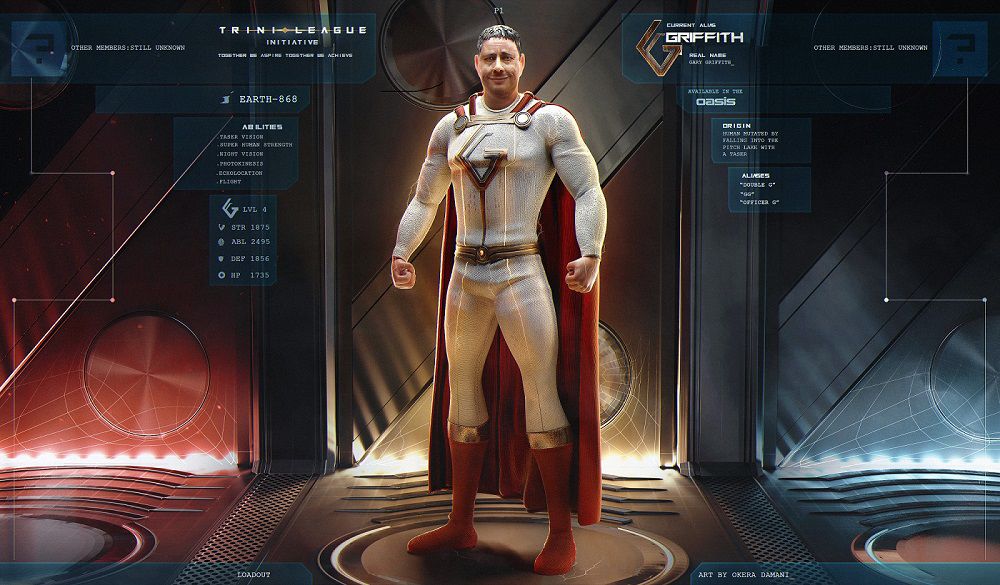 The 3D impersonation of Police Commissioner Gary Griffith as a superhero, as created by Chaguanas artist Okera Damani. 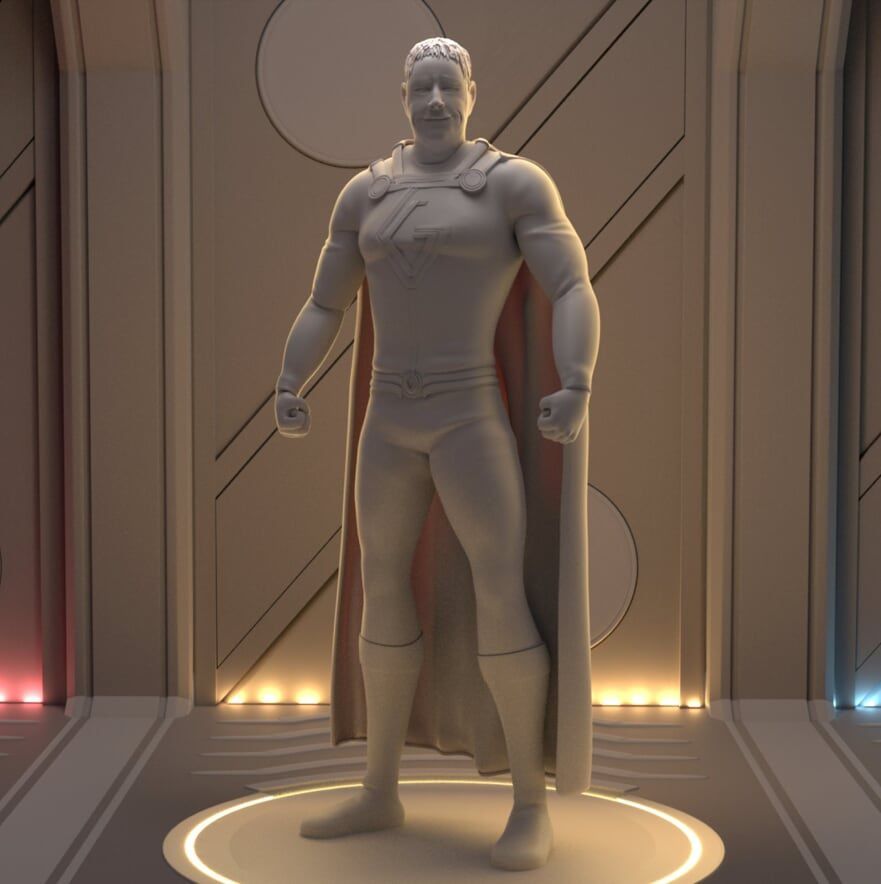 Another version of the G-Griffith superhero character by Okera Damani.

The 3D impersonation of Police Commissioner Gary Griffith as a superhero, as created by Chaguanas artist Okera Damani.

Another version of the G-Griffith superhero character by Okera Damani.

Gary Griffith has been called many things by citizens of this country since taking up the mantle of Commissioner of Police, including the ‘hero that this nation needs’ in the fight against crime.

As such, a 24-year-old artist from Chaguanas took inspiration from these quotes, and the deeds of the commissioner, and did a 3D rendering of Griffith as a superhero.

The image was conceived and rendered by Okera Damani.

It portrays Griffith under his alias ‘G-Griffith’ dressed in white tights, with a flowing red cape, in an allegory to Superman.

The image even comes complete with stats for the ‘Trini-League Initiative’, which is Damani's interpretation of DC Comic's Justice League, with a Trinidad and Tobago twist.

Damani also included imaginative origins for the superhero – by falling into the Pitch Lake with a taser – as well as a list of his abilities, including taser vision, echo location, and photo kinesis.

It has made its way on social media sites and has garnered thousands of views since it was posted on May 10.

Griffith himself has seen the rendering, and approved of the work by the artist.

“I am impressed. It again shows the depth of the talent we have in this country. Talent that needs to be recognized. I am simply doing my work, and if persons want to interpret this work in the model of a superhero, that is up to them. But I am humbled. What I can say is that I intend to continue doing my work to the best of my ability, and hope I continue to be a role model for persons in this country,” Griffith said.

The commissioner then joked that he hoped to soon have the physique portrayed in the rendering in the near future, as he had begun to focus on working out once again.

However, he did have one critique.

Damani is a character/environment-look development artist, who graduated with a diploma in animation studies from the University of Trinidad and Tobago(UTT). He also has a certificate in Animation Studies from the Anim School of the United States (online), where he was mentored by senior artists from studios like Walt Disney Animation, Dreamworks and Blue Sky.

Speaking with the Express, Damani said he got into art because of his sister Kalifa, who is an artist herself.

He begun with using Photoshop, and after utilizing this tool for some time he began to think of the possibility of expressing himself through the medium.

He said while at UTT, he begun to hone his skills, and became better at 3D rendering, and envisioned his dream job as working on a superhero movie, or a video game.

With respect to the G-Griffith rendering, Damani said he was surprised by the response.

“I mainly did it for the LoLs (laughs), and wanted to have a bit of fun, and experimented with the concept of a Trini-League of some sort and maybe later turn it into a feature film, or AAA video game,” Damani said.

But for a Trini-League to be created, he noted that there would be more characters, and he was currently excited to create a fire fighter character.

This is not the first time that an image rendered by Damani has gone viral.

Damani noted that in the past, he designed a 3D rendering of a Marvel Comic’s superhero, named Nova.

In comics, Nova is a superhero that has galactic adventures, in the same vein as the Guardians of the Galaxy.

Damani noted that he designed his Nova character based on Jesse Alexander, as part of what he called ‘The Dream Series’, where he could design characters he wanted to see in the Marvel Cinematic Universe, and would even write short stories on how they could fit into the new phases.

“Why I was proud of this in particular is because this piece went viral all over the world, and a lot of YouTubers used it in their videos and thumbnails, and it resulted in a lot of speculation and that was great,” Damani said.

For further features of Okera Damani work, he can be found on Facebook at https://www.facebook.com/keraphaze Instagram https://www.instagram.com/0kera_/?hl=en  and on https://www.artstation.com/okera