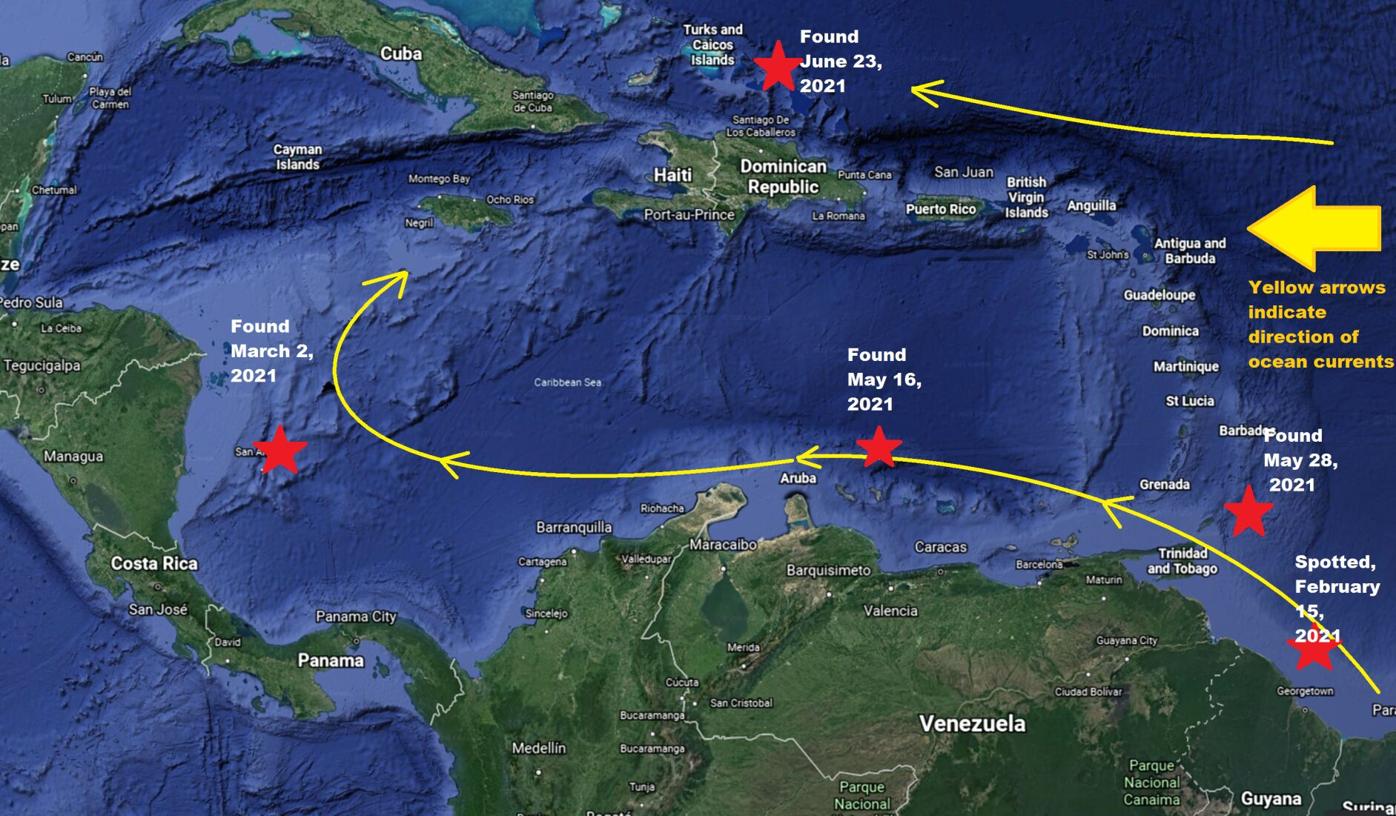 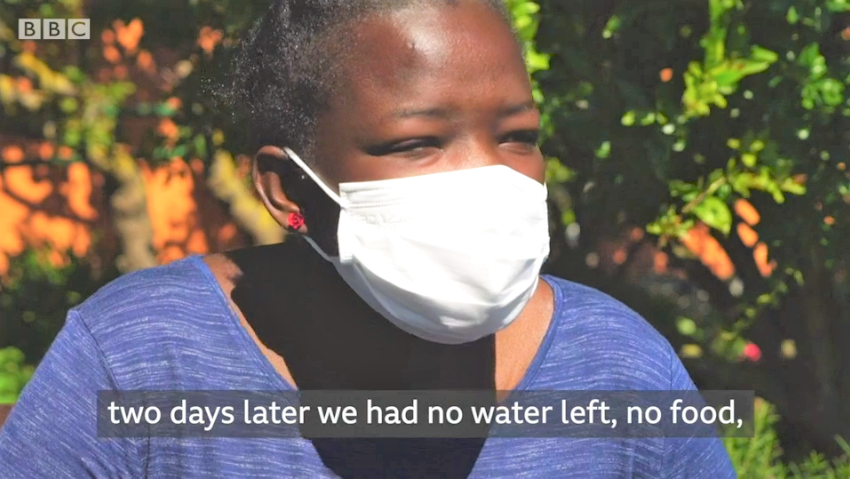 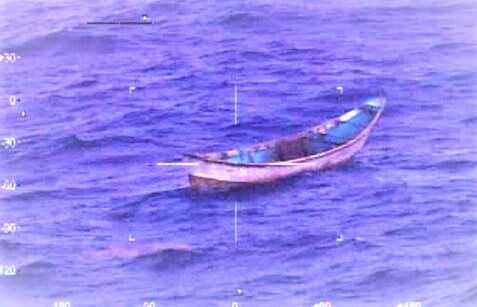 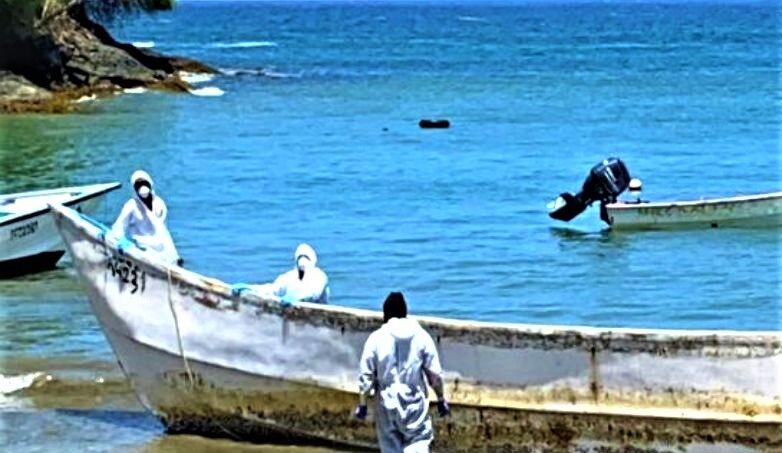 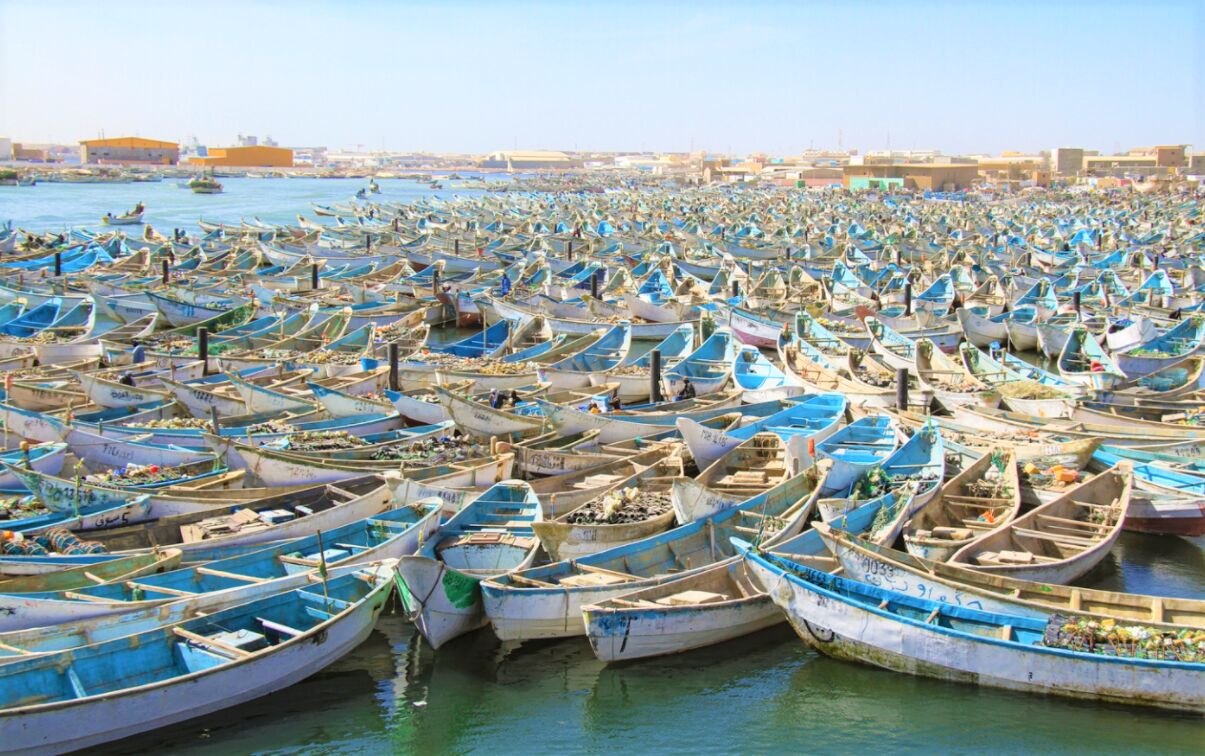 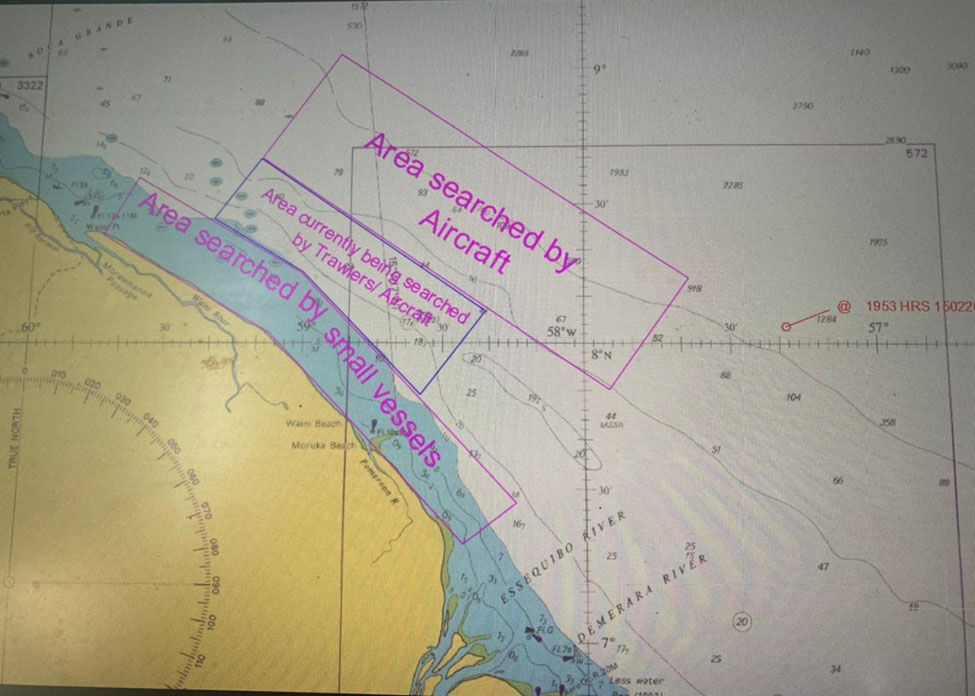 The search area off Guyana

In April of this year, a 17-year-old girl named Aicha got into a boat with 58 men, women and children in the west African country of Mauritania, and set off for Europe.

Within two days, their food and water were done.

On the fourth day, the fuel for the engines had run out.

The boat began drifting in the unforgiving Atlantic Ocean, with no land or ship in sight.

People began screaming out for water. A human can only survive without it for three days.

They drank the sea water. And then they began dying.

We know all of this because when a helicopter from Spain’s air force finally spotted the boat on April 26, it had been adrift at sea for 22 days, 500 kilometres away from the Canary Islands it was trying to reach.

And the only people alive, unable to stand or move, were Aicha and two others, sitting on top of the dead.

“It was a mass grave in the middle of the sea,” the rescue pilot said.

Aicha would recover, to tell her story to the BBC.

“There were men who could no longer stand up and who screamed out of thirst. Please, please, they begged, I need to drink water, can someone please give me water?”

The stronger tried to feed some from a shoe dipped into the sea.

What this child endured and what she witnessed is likely what happened to the migrants aboard the five fishing boats that drifted across the Atlantic Ocean to the Caribbean over the past few months.

By the time they came within sight of the islands and South and Central America, those aboard were dead, some mummified by the salt and sun, others reduced to bones.

It will never be known how many corpses were thrown overboard before everyone died.

It may also never be known if the migrants all encountered the same fateful circumstances while sailing towards their European dream—storms, sea fog, piracy—sending the boats drifting away, caught up by the prevailing winds and currents in an ocean more than 106 million square kilometres in size.

A fishing boat was first spotted about 83 nautical miles off Guyana. According to those who got close, the boat measured about 20 to 25 feet in length, had no engine, and between five and ten bodies were seen.

Guyana authorities mobilised a salvage effort, and conducted aerial and sea searches while an energy company with assets offshore was asked to locate and tow the boat to shore.

But the boat could not be located when resources were sent to the area, and it is believed that the vessel sank with its human cargo.

A similar fishing vessel was found off Nicaragua’s Caribbean coast with six decomposing bodies aboard.

Nicaragua’s Interior Ministry said a Republic of Guinea (a country on Africa’s west coast) passport belonging to a 31-year-old man was found on one of the bodies, and that all the victims may have died from dehydration and heatstroke.

A Dutch Caribbean coast guard aircraft patrolling the waters off Aruba spotted a boat rocking in the waves 120 miles north of the island.

The flight crew reported seeing a body on board with no sign of life.

A coast guard vessel sent out to investigate discovered a boat filled with bodies—nine from what they could see, in an advanced state of decay.

The plan was to tow the boat to shore, but the treacherous sea broke the tow rope and, during the night, it drifted out of sight. The salvage effort was abandoned and maritime traffic and bordering countries were asked to look out for this floating mass grave.

It is believed the boat broke up and sank.

On June 24, the authorities in Turks and Caicos found and brought to shore a fishing boat found drifting off the coast. It contained 20 bodies.

“We have been working closely with our partners in the United Kingdom and other international law enforcement agencies to work as quickly and efficiently as possible to identify those who were found deceased and establish the circumstances that led to their death. Her Majesty’s Coroner has been heavily involved in that regard. It is believed the deceased persons originated from the west coast of Africa, and neither the Turks and Caicos Islands nor the region was their intended destination. Although the details of the intended journey are yet to be established, we believe the vessel is linked to a similar vessel found in the waters of Tobago. We are liaising with the authorities there.”

Commissioner Botting added: “This is a terrible loss of life, and I would like to extend condolences to families of the deceased. Additionally, I would like to thank the RTCIPF investigators and support team for all the hard work done thus far in this tragic and distressing case. We will continue to do our best to get the remains of those who have passed away home to their loved ones.”

Tobago woke up to the news that a boat filled with corpses was being towed into port at Belle Garden, on the island’s Atlantic coast.

An initial count of four bodies grew to ten, and by the time crime scene investigators had separated the emaciated bodies, clad in track pants and green rain jackets, they had counted 14 and a skull and bones.

It turns out that the boat (AG 231), which was stolen, departed from Mauritania, the same country that Aicha fled in a fishing boat similar to the one that drifted to Tobago.

All the boats were similar in design and colour—sky-blue and white.

Unsurprising since as far back as 2010, the country was reported as being the favoured transit point for African migrants attempting to reach Europe, with its port city of Nouadhibou, located 800 kilometres south-east of Spain’s Canary Islands, becoming a key departure hub.

Aid groups tracking the exodus report that thousands enter Mauritania (Aicha came from her homeland in the Ivory Coast), particularly from Senegal and Mali, to set out to the Canary Islands.

Assistant Commissioner of Police (Tobago) William Nurse told the Express on Thursday that he was preparing a final report on what had been discovered to send to Police Commissioner Gary Griffith.

He said police had gone about identifying the bodies through the boat’s registration, the fingerprints obtained from some victims, and through the cell phones retrieved from the bodies—seven phones, which came from Mauritania and Mali.

As to whether Tobago would be the final resting place for the west Africans, Nurse said through the International Red Cross, Interpol and diplomatic contacts, an effort would be made to determine whether the fingerprints matched anyone on record in Mauritania, and therefore establish a possible date when the boat left West Africa.

He said the Commissioner of Police, using the investigation report, could make that request through the Minister of National Security and Ministry of Foreign and Caricom Affairs.

Of the bodies on the boat, one appeared to have more hair and was less decomposed than the others.

In Tenerife, the largest of the Canary Islands, the 56 people who died on Aicha’s boat have been buried at a cemetery overlooking the Atlantic Ocean.

PM: An error has been made

Who caused Bliss to raise alarm?

Who was the public official who met with Bliss Seepersad, chairperson of the Police Service …

Man in court for murder of soldier