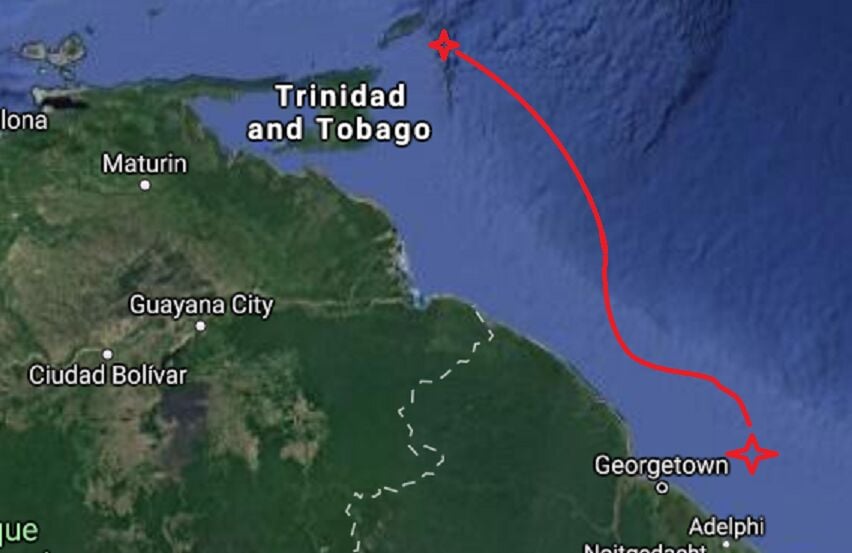 Could this same vessel have drifted to Tobago? 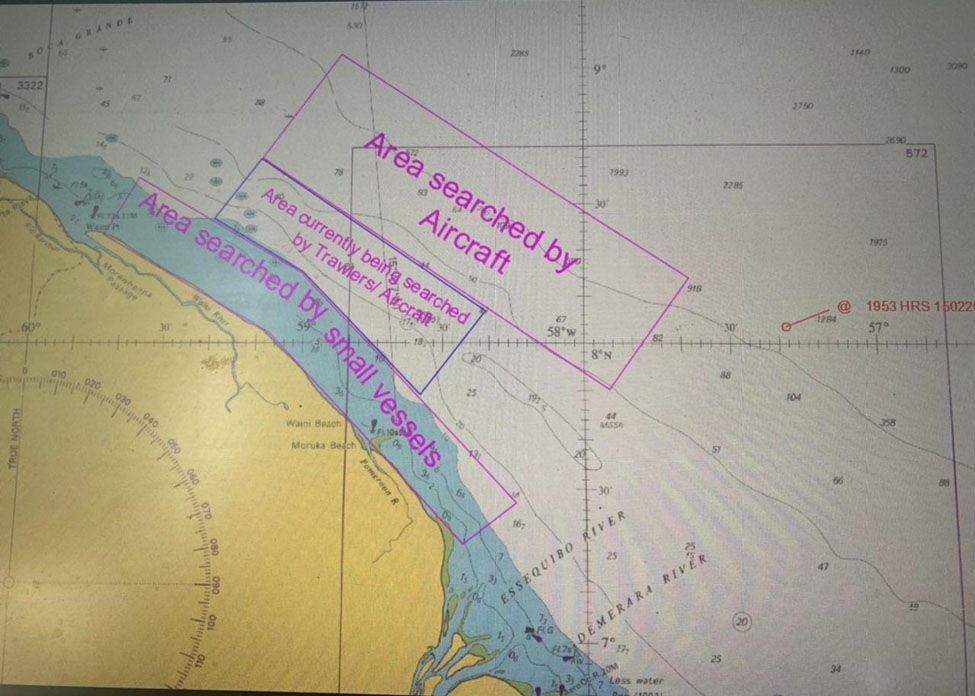 The area searched off Guyana 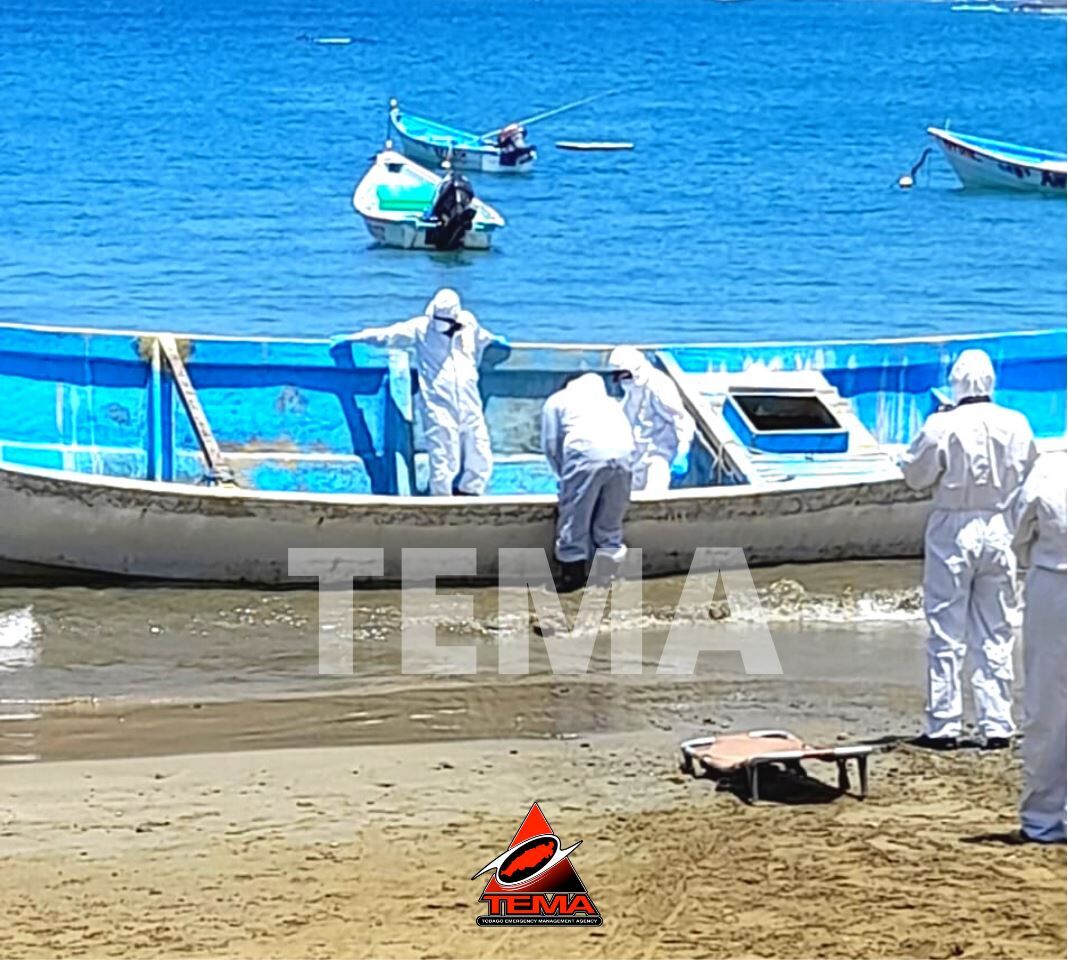 The fishing boat with the bodies of fifteen men found adrift off Tobago on Friday morning, may be the same vessel Guyanese authorities spotted in that country’s territorial waters in mid-February.

The boat was first spotted about 83 nautical miles off Guyana on February 15.

According to those who saw it, the boat measured about 20 to 25 feet in length, had no engine and between five and ten bodies were seen.

A boat of similar size was found drifting off Tobago’s Atlantic coast.

Aboard, the authorities found the bodies of 14 men, and the skull and bones of a 15th person.

There was no identification, but the corpses were dressed in track pants and rain jackets.

When the vessel was spotted off Guyana, the authorities suggested that based on the drift pattern, it may have come from the open Atlantic Ocean, as far away as Africa.

Guyana conducted aerial and sea searches and an energy company with assets offshore was asked to locate and tow the boat to shore.

However, it could not be located when resources were mobilised and sent to the area.

Given its last known location and the direction of the currents, Guyana’s Ministry of Public Works said that the vessel was headed into Trinidad and Tobago’s territorial waters.

Trinidad and Tobago was asked by Guyana to use its coast guard assets to be on the lookout for a boat, and United States and Surinamese authorities were asked to help.

There was also speculation that the boat may have sunk.

In March, a similar fishing vessel was found off Nicaragua’s Caribbean coast with six decomposing bodies aboard.

Nicaragua’s interior Ministry said a Republic of Guinea passport belonging to a 31-year-old man was found on one of the bodies, and that all the victims may have died from dehydration and heatstroke.

Migrants from Africa’s west coast often make the perilous journey aboard rickety boats in an attempt to get to Europe, with some vessels sinking and others drifting into the open Atlantic.

In 2006, a vessel turned up off Barbados with eleven petrified corpses in its cabin. The authorities said the men, who all died from starvation, had set out from the coast of west Africa headed to the Cape Verde Islands. Their vessel was set adrift in the vast Atlantic Ocean and drifted all the way to the Caribbean.