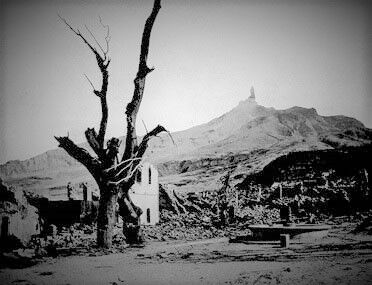 This view from the south section of Sainte Pierre looking up to Mt. Pelee, which erupted in 1902, triggering a pyroclastic flow that killed an estimated 28,000 people. 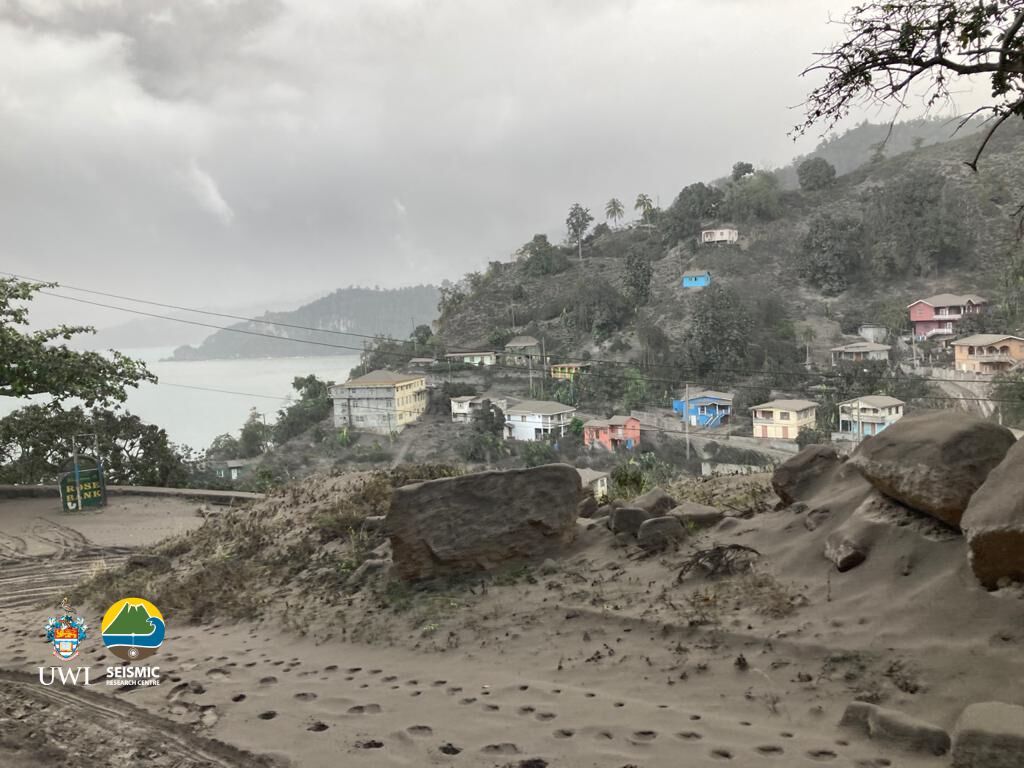 On the road the extent of the ashfall is evident. Photo credit: Prof Robertson, UWI-SRC.

At 4.15a.m Monday, another explosive eruption sent pyroclastic flows down multiple valleys surrounding the La Soufriere volcano, signaling a new and frightening escalation in activity on the island of St Vincent.

The coast guard is being ask to find out, from its view out at sea, where the volcanic avalanches happened.

And a three mile fishing exclusion zone is being considered, given the high chance of it happening again.

This as scientist warn that the eruptions could continue for months.

The island's agriculture sector, much of which thrived in the foothills of the La Soufriere, has already been devastated.

And the need for relief supplies has becomes urgent, with more that 16,000 evacuees from the Red Zone staying in state shelters and private homes in the safer south part of the country.

Parts of the island are being showered by ash fall from the eruption that began four days ago and shows no signs of quieting.

It has left the airspace around the island is a no fly zone, so relief ships from several nearby countries are sailing to the island with supplies.

The vessel will be heading into an uncertain situation, with The UWI Seismic Research Centre reporting that episodes of high-amplitude tremors (an indication that molten rock is forcing its way to the surface) continue to coincide with periods of "enhanced venting or explosive activity".

The team is also reporting volcano-tectonic earthquakes (also caused by the movement of magma) which began shortly before nightfall on Sunday, followed by the 4:15 am pyroclastic flows.

Volcanologist Dr Richard Robertson said yesterday that given the force of the explosions, much of the mountain and any nearby buildings had been obliterated.

He said he "shuddered" to think of wildlife and any human who may have been in the vicinity of the pyroclastic flows, because nothing could withstand it.

He said that cataclysmic eruption of Mt Pelee on the island of Martinique in 1902, which killed 28,000 people in the town of Saint-Pierre, was the result of a pyroclastic flow.

"When you go up to the Soufriere in the future, it is going to be a different mountain" he said.

The explosions are expected to continue in the coming days, the scientist report.

Despite this, some residents living in the devastated Red Zone areas of Sandy Bay and Georgetown, have resisted leaving.

In proving an update on the natural disaster on the island today, Prime Minister Dr Ralph Gonsalves told the authorities "We have to get them out...I hope they are listening, because it's going to get more and more dangerous as we go along."

He said that over the past three days, hundreds had been extracted by coast guard from the rural north coast villages of Fancy and Owia.

To those who stayed behind, Gonsalves said "It is overtime for you to leave. It is highly dangerous for you to your health and your life".

people have died in the past 24 hours from the Covid-19 virus in Trinidad and Tobago.

Why are more Covid victims dying?

Why are more people dying from the Covid-19 virus that ever before?

A second police officer has died from the Covid-19 virus.

Two sisters have died a week apart from the Covid-19 virus.

'Military' field hospitals set up at Couva, Port of Spain