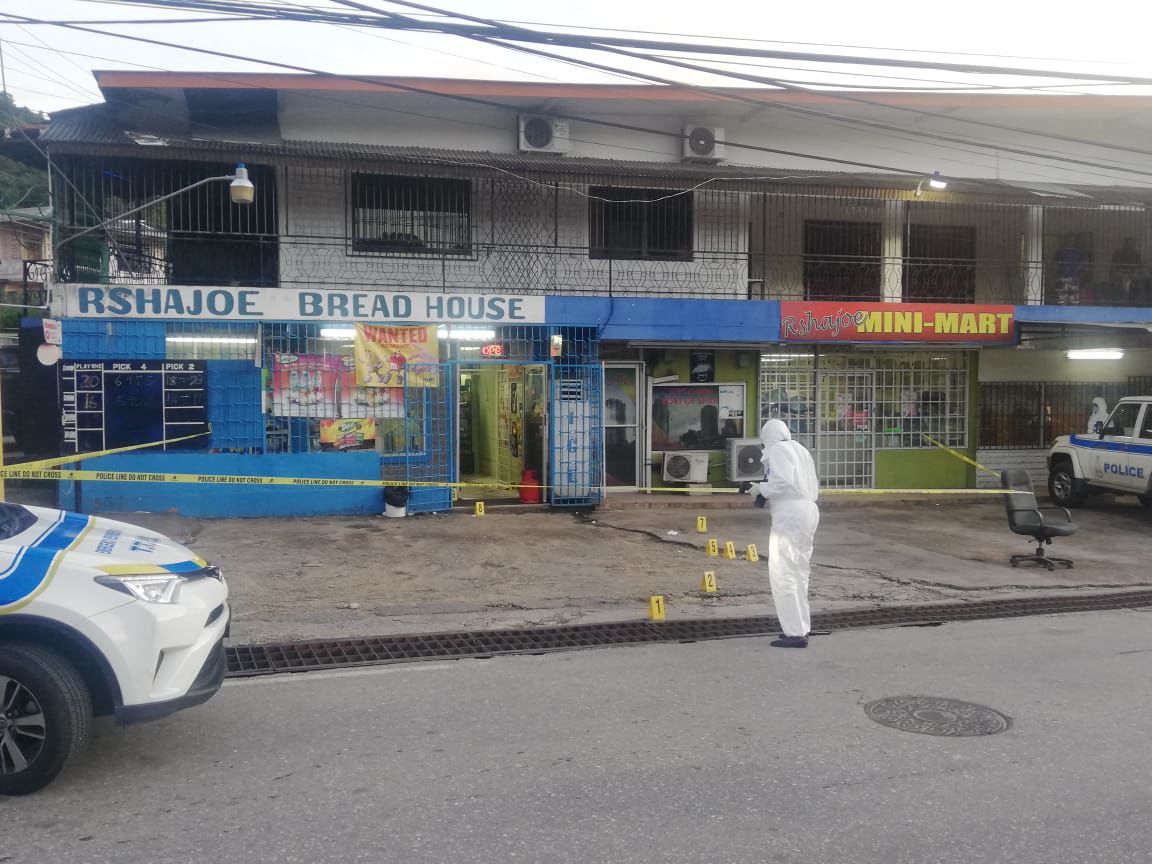 Crime scene investigators gather evidence at the scene where a mother and her son was shot and killed in Santa Cruz on Tuesday afternoon. 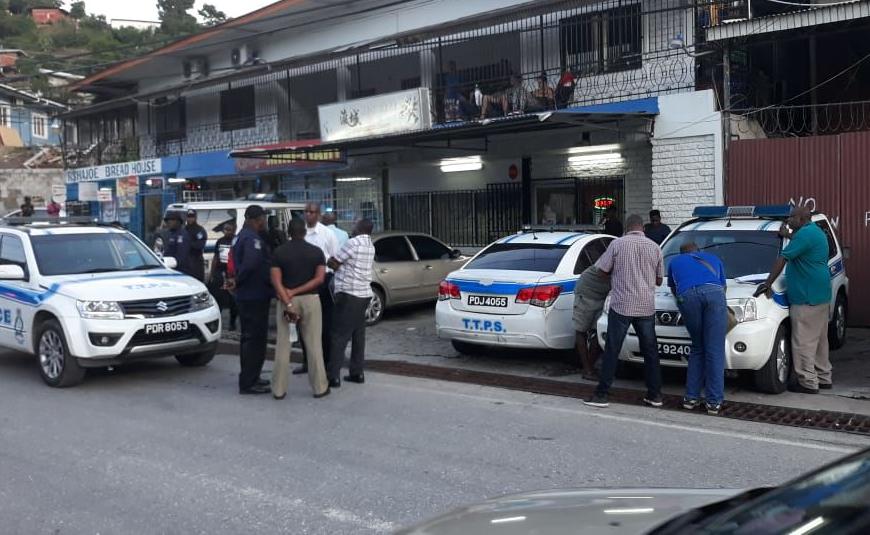 Police officers gather evidence at the scene where a mother and her son was shot and killed in Santa Cruz on Tuesday afternoon.

A mother and son were shot dead at a supermarket in Santa Cruz on Tuesday.
The deceased have been identified as 57-year-old Marsha Joseph and her 22-year-old son, Shawn.
The killings happened at the corner of Old Saddle Road and Santa Cruz Old Road at around 3.45pm.
Police have linked the killings to a land dispute. Eyewitnesses thought it was a robbery attempt.
An eyewitness who spoke to the Express said the mother was seated in a vehicle parked outside a supermarket. Her son walked inside to purchase a tank of cooking gas.
“The supermarket had to open the gate for the man to bring in the gas tank. As soon as they open the gate two men went inside. It looked like a robbery. One of the men shot the son twice on the side. The mother, who was inside the car, saw and came out. She started fighting with one of the men,” he said.
The Express was told that the gunman fired two shots hitting Marsha Joseph in the foot. “She fell in the car. The front passenger seat and then he started shooting her,” the eyewitness said.The gunmen then escaped.
Passers-by placed the mother and son inside the vehicle and drove out onto the roadway.
“Then we saw an ambulance and we flag it down. And both of them went to hospital,” he said.
Police confirmed that both mother and son succumbed to their injuries.
Crime scene investigators were at the scene up to late evening.