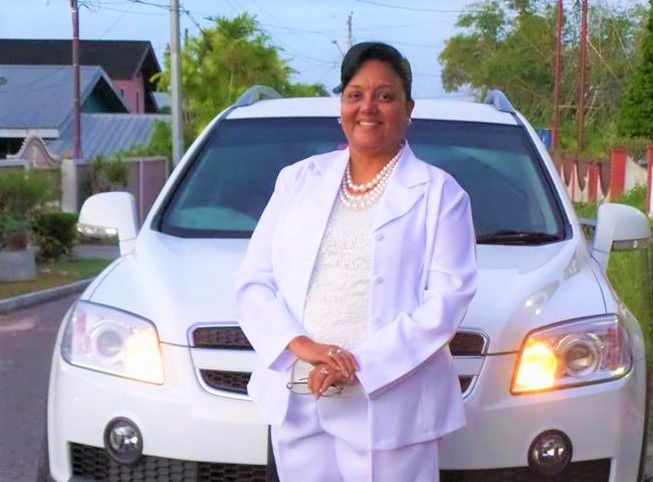 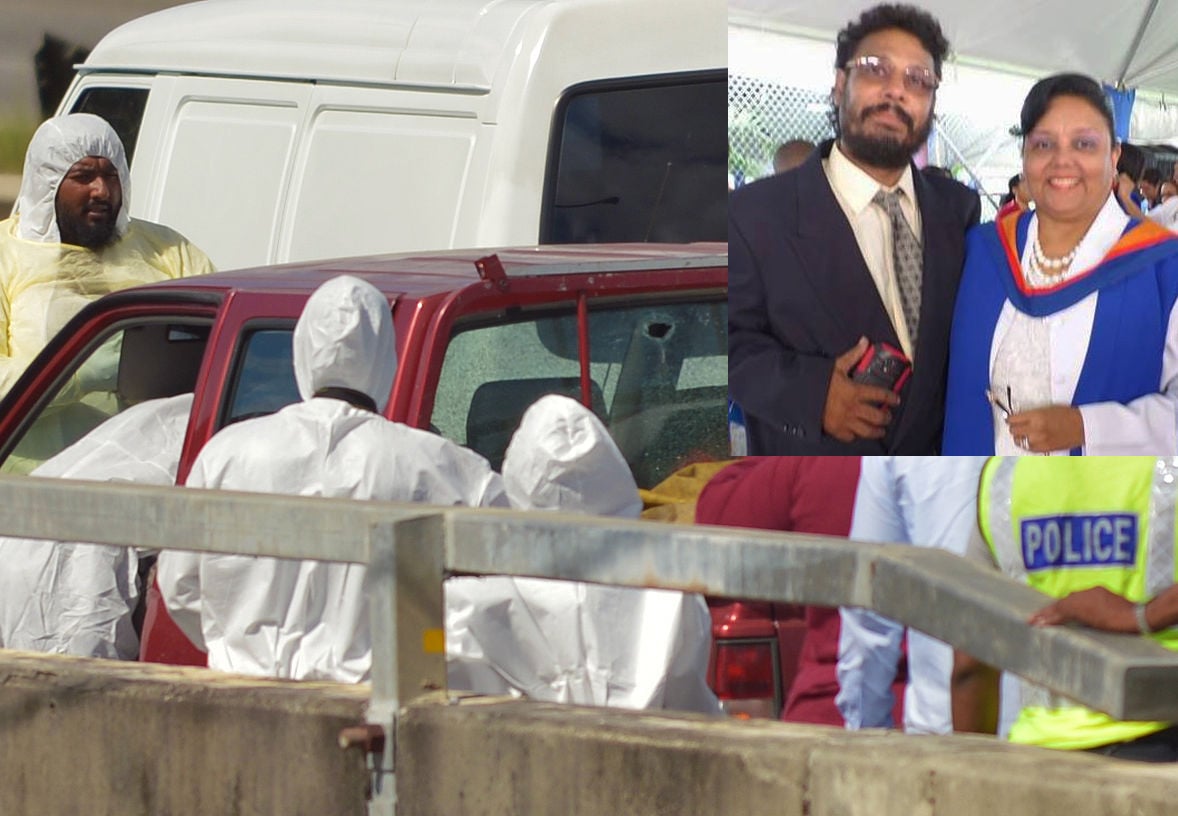 Crime Scene Investigators gather evidence at the triple murder which occurred on Monday morning along the south-bound lane of the Solomon Hochoy Highway, between the Cipero River and Corinth overpass, close to the Golconda Interchange. Found dead in their vehicle are George Junior Peter Quintero 52, his wife Carmelita Garcia-Quintero, seen (inset) and their daughter Marisol. 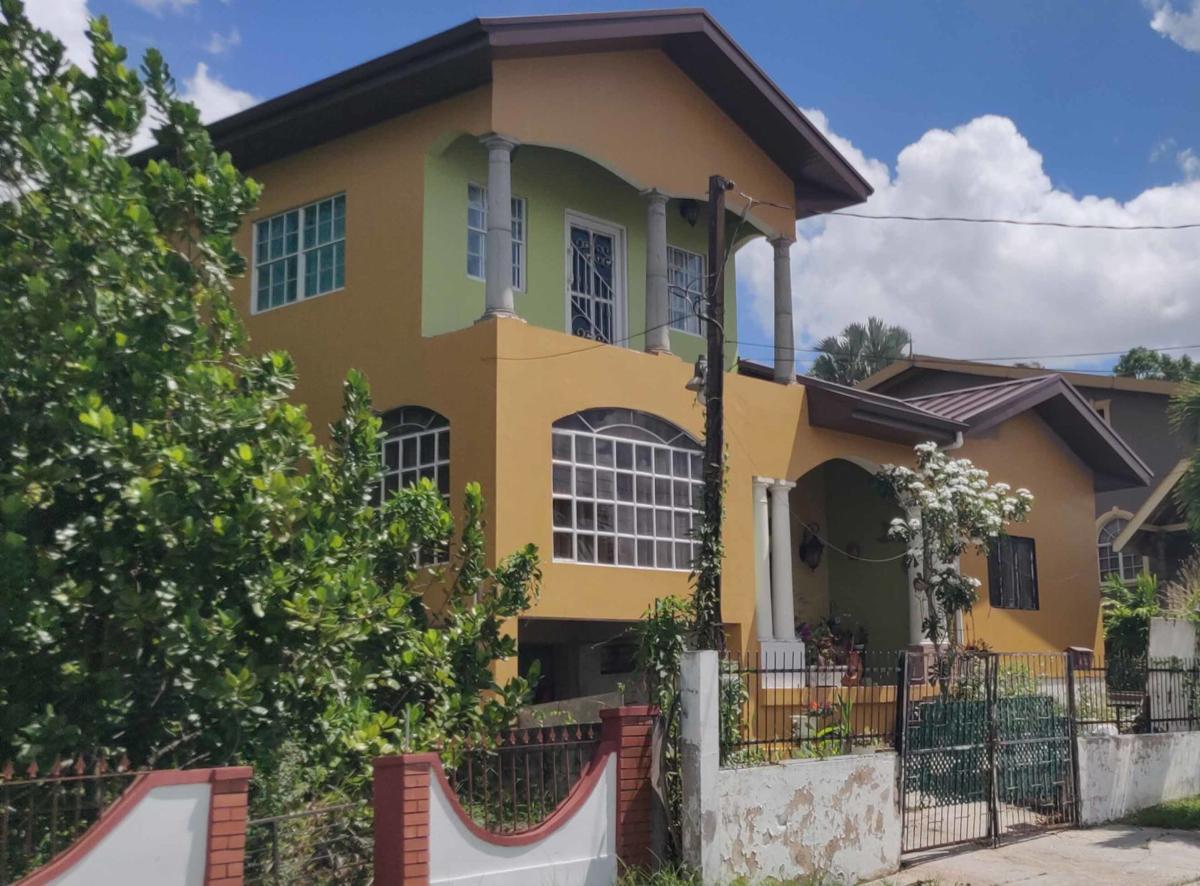 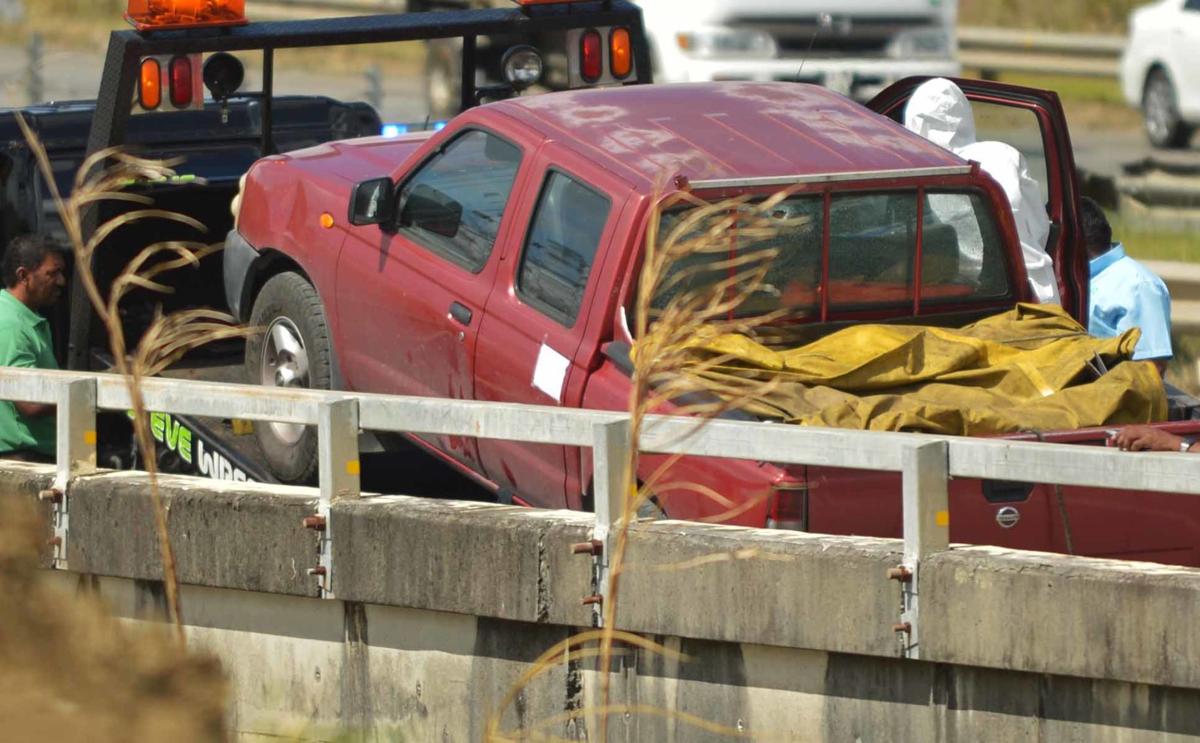 The red Nissan Frontier where the bodies of a Palmiste family were found along the south-bound lane of the Solomon Hochoy Highway, between the Cipero River  the Corinth overpass close to the Golconda Interchange on Monday morning. 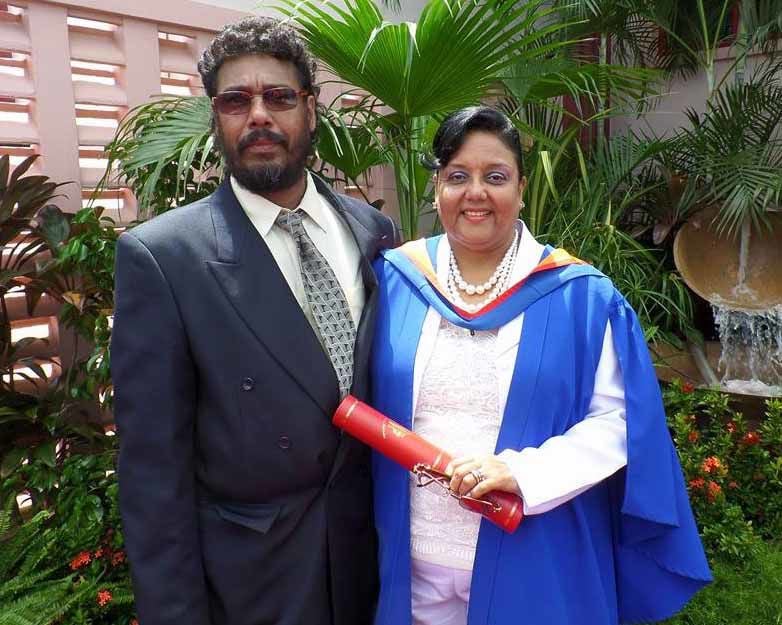 KILLED: George Junior Peter Quintero 52, his wife Carmelita Garcia-Quintero, and their daughter Marisol (not in photo) 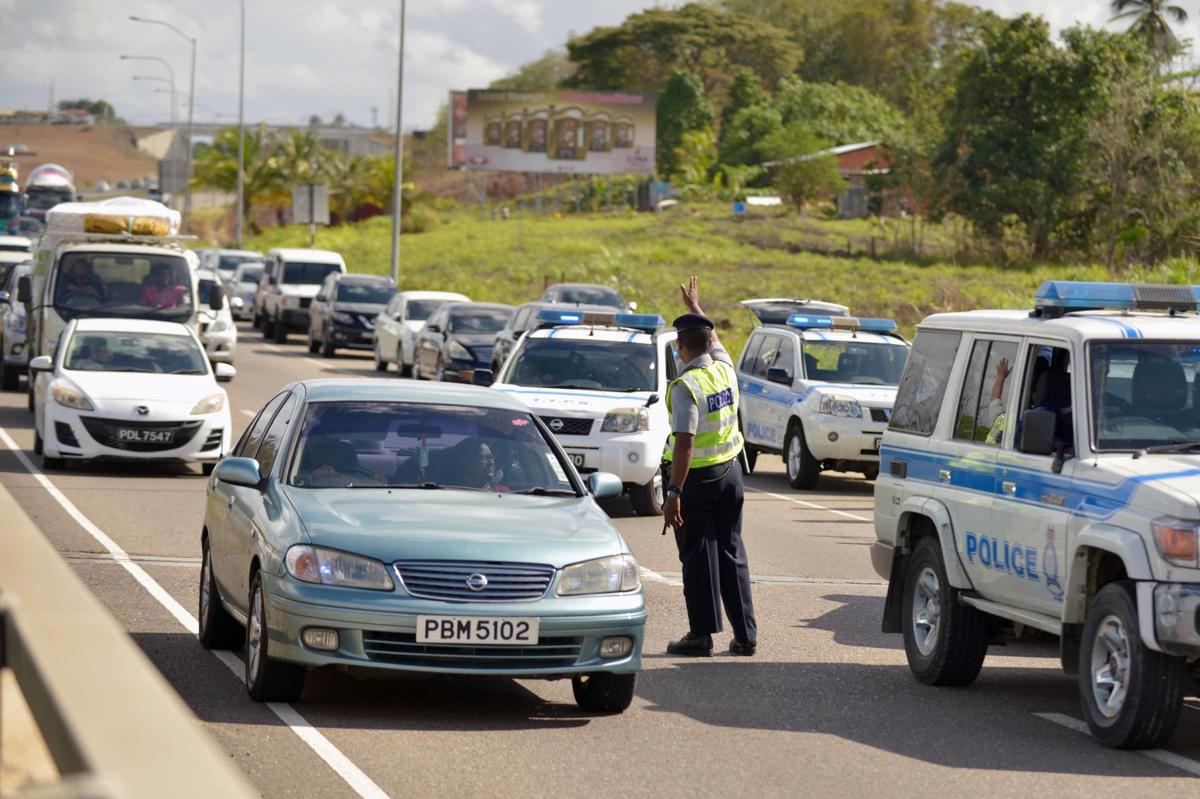 Police direct traffic along the south-bound lane of the Solomon Hochoy Highway, between the Cipero River and Corinth overpass, close to the Golconda Interchange. Where a family was found murdered in their vehicle on Monday morning. 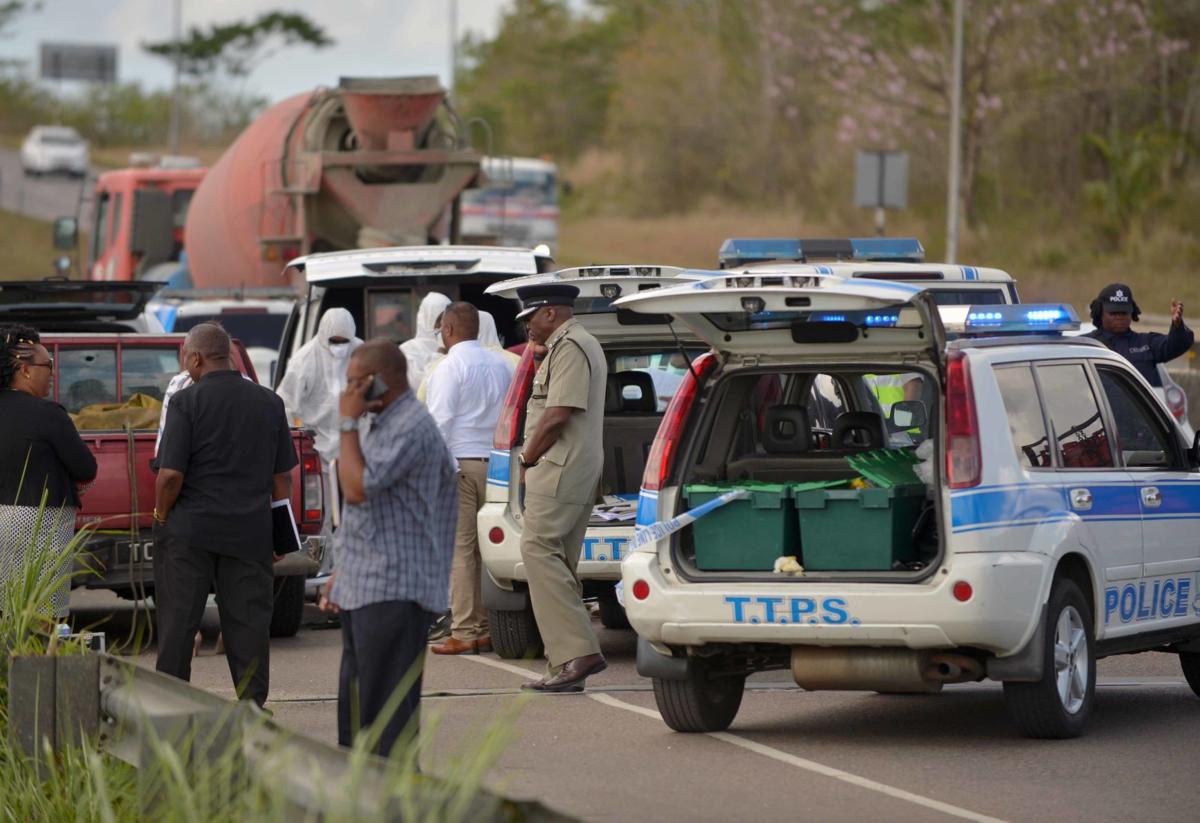 Police at the crime scene along the south-bound lane of the Solomon Hochoy Highway, between the Cipero River and Corinth overpass, close to the Golconda Interchange. Where a family was found murdered in their vehicle on Monday morning.

The three people found dead in a pick-up truck parked on the shoulder of the highway near the Golconda Interchange in San Fernando on Monday, have been identified.

The bodies are that of George Junior Peter Quintero 52, his wife Carmelita Garcia-Quintero, and their daughter Marisol.

They died from bullet wounds to the head.

The motive behind the killings is a mystery. The vehicle was found near the entrance to a crime hotspot which leads to the Old Train Line, Ste Madeleine.

Police also observed a dent in the rear bumper of the family’s vehicle, leading to speculation that Quintero may have been rear-ended, causing him to stop.

The father was a self-employed fabricator. His daughter worked alongside him. The mother was a retiree, the Express was told.

The bodies were discovered at around 6.30a.m by a man walking along the shoulder of the south-bound lane of the Solomon Hochoy Highway.

The red Nissan Frontier was parked on a bridge spanning the Cipero River between the Corinth overpass and the Golconda Interchange.

There were bullet holes pocketing the front and rear windscreens of the vehicle. Police believe the three were shot by a person or people standing outside the vehicle.

George Junior Peter Quintero, who was in the driver’s seat, was shot in the left side of the head.

His wife was shot on the right side of the head. Her Facebook profile stated that she earned a degree in Public Sector Management at UWI St. Augustine, and attended the Naparima Girls' High School.

Their daughter was shot in the head and chin.

The Express visited the family’s home in Palmiste hours after the bodies were found. The house was locked. A neighbour who spoke with the Express was in shock.

He said the family had left home on Sunday afternoon and did not appear to have returned overnight.

The neighbour said the family was “innocent and hardworking” and had lived in the residential community for more than 20 years, slowly renovating and improving on their home.

The murdered couple had a second daughter, who lived elsewhere.