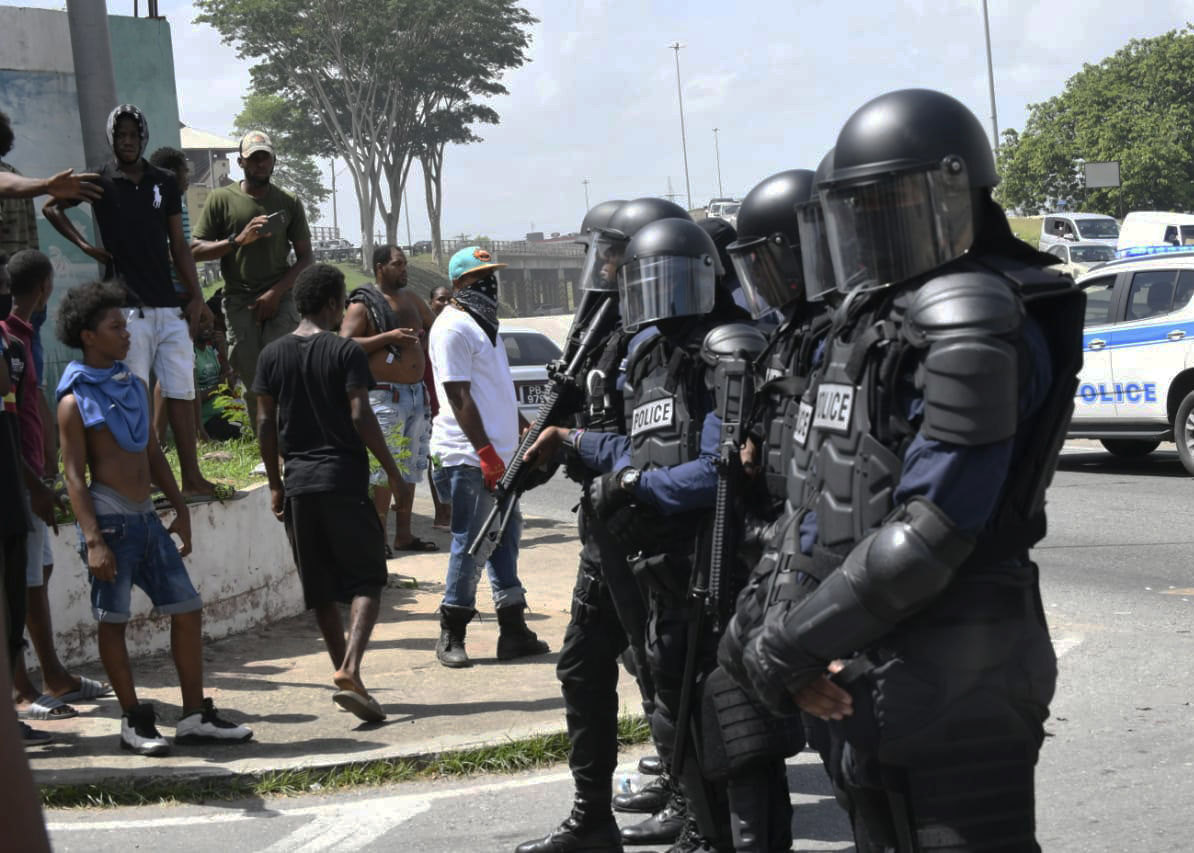 Police in riot attire standoff with Beetham residents during a protest along the Beetham Highway on Tuesday morning. 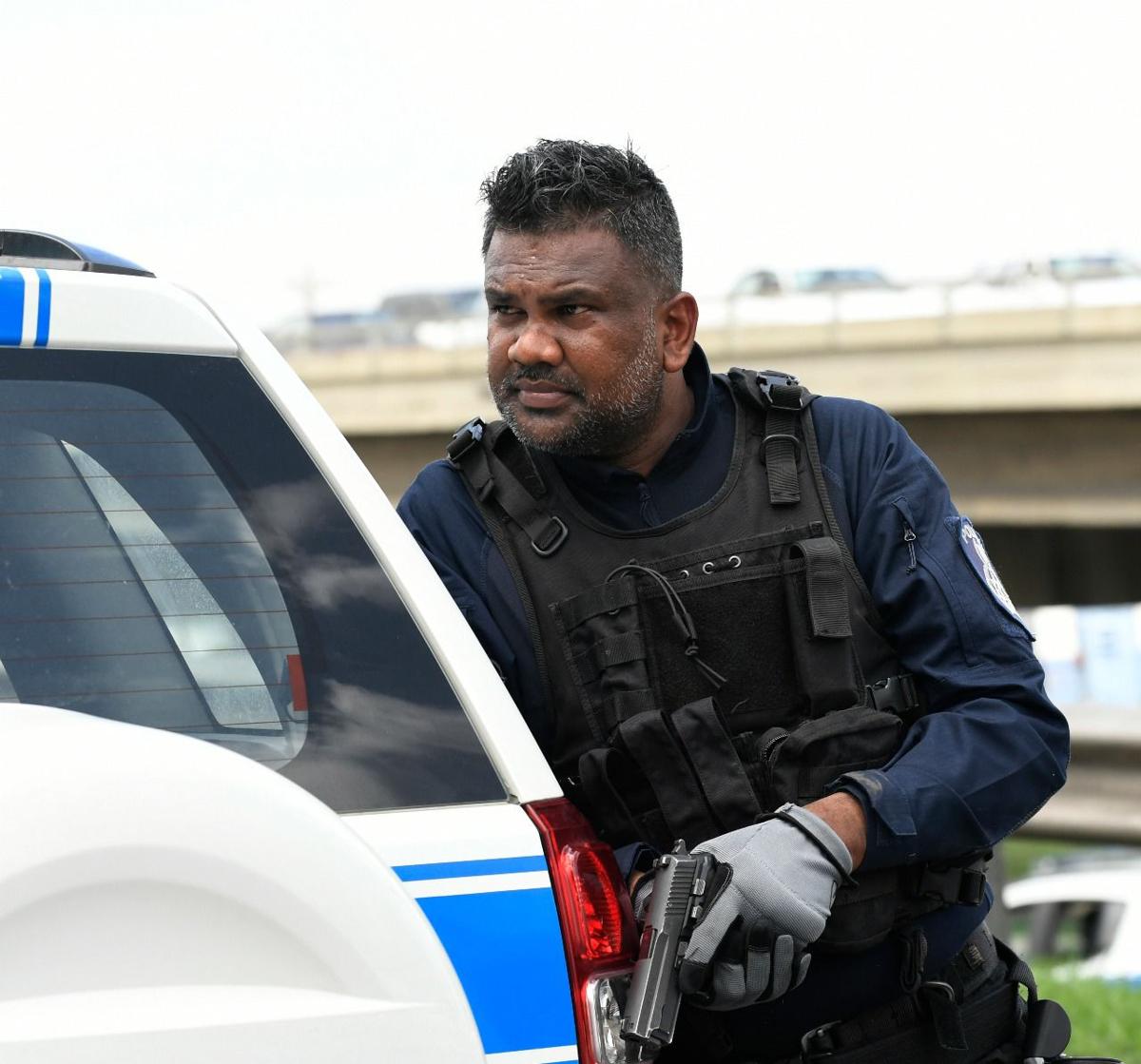 A screenshot from the video captured by TV6 camerawoman Kerry Patrick this morning, showing the confrontation between police officers and a group of men. 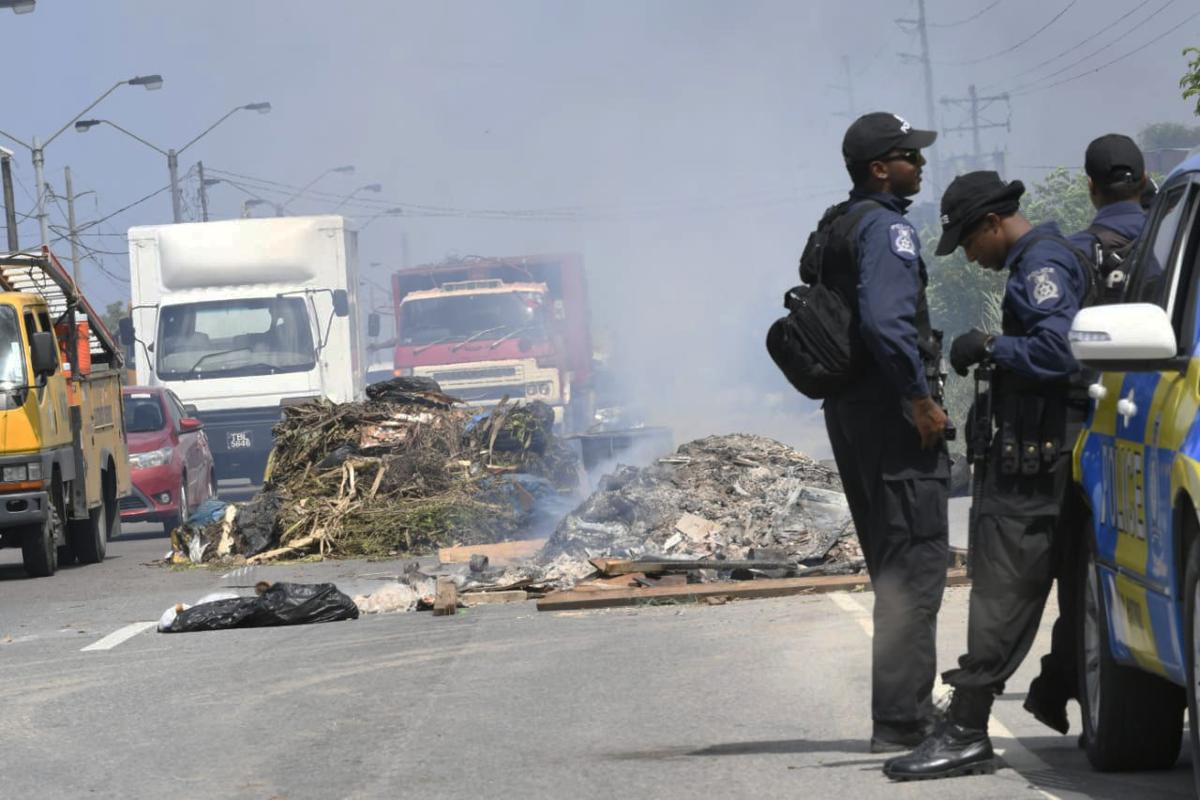 Police monitor traffic as burning debris are seen along the Beetham Highway following protest action by residents on Tuesday. 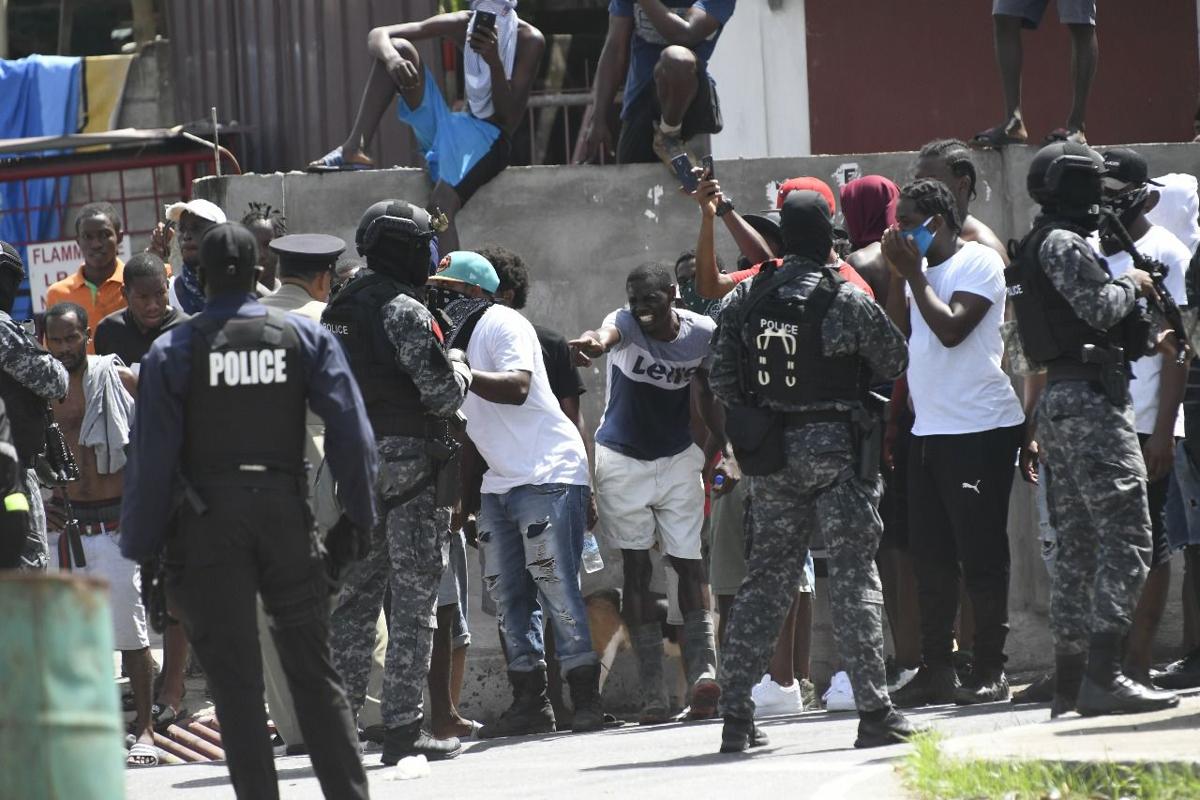 Residents of John John, Port of Spain, clash with police officers during a protest on Tuesday. 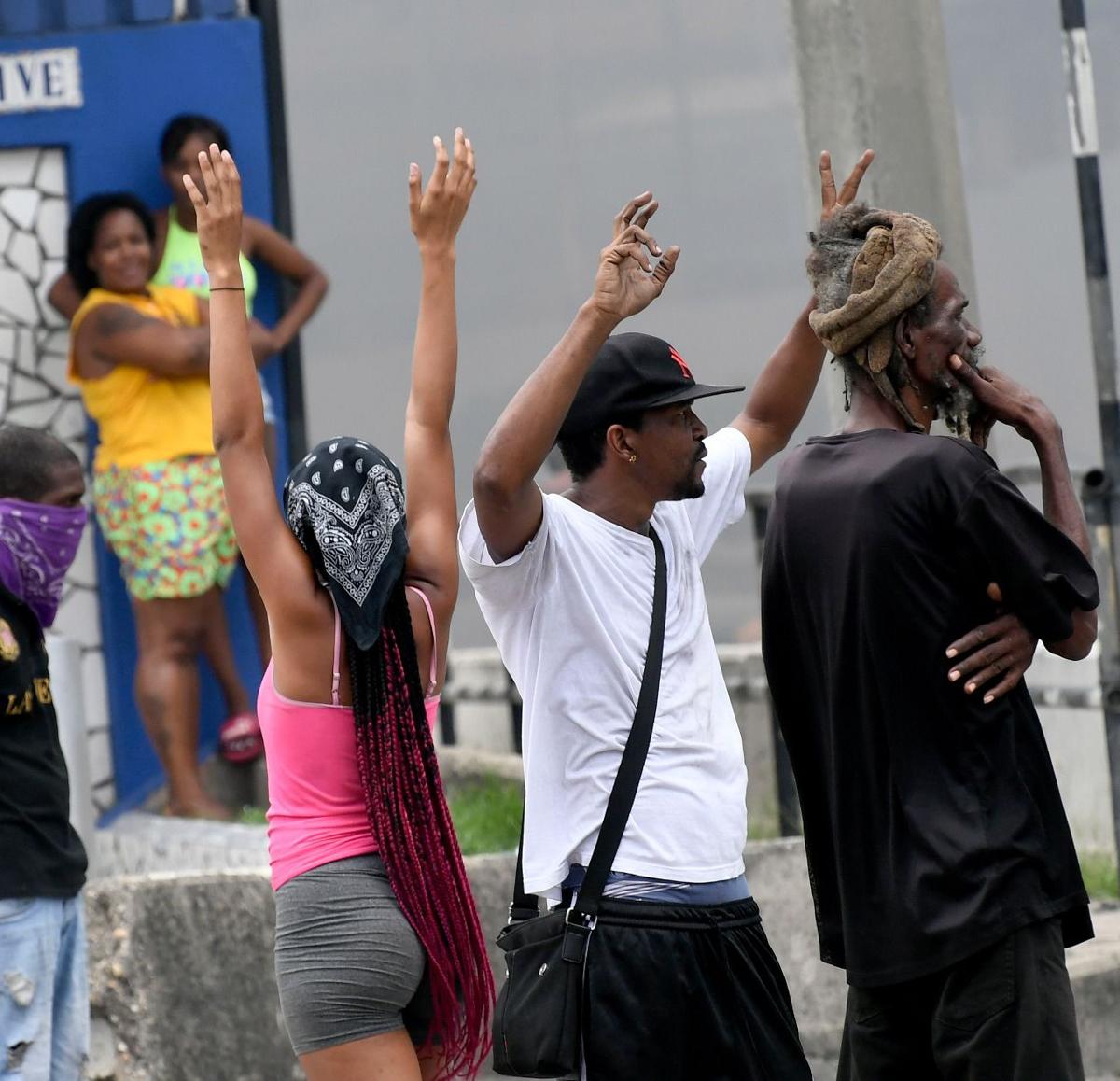 Residents of John John, Port of Spain, raise their hands during a protest on Tuesday afternoon. 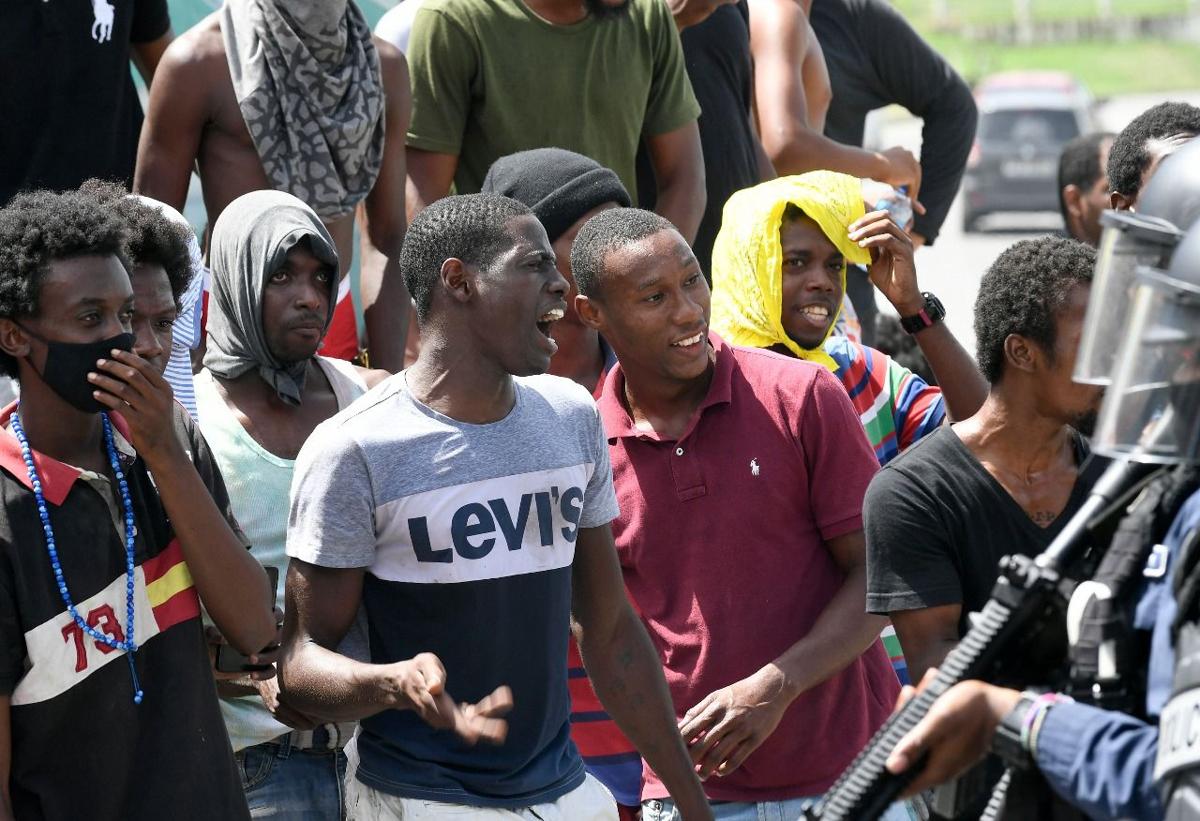 Residents of John John, Port of Spain, gather under the watchful eye of police officers on Tuesday during a protest. 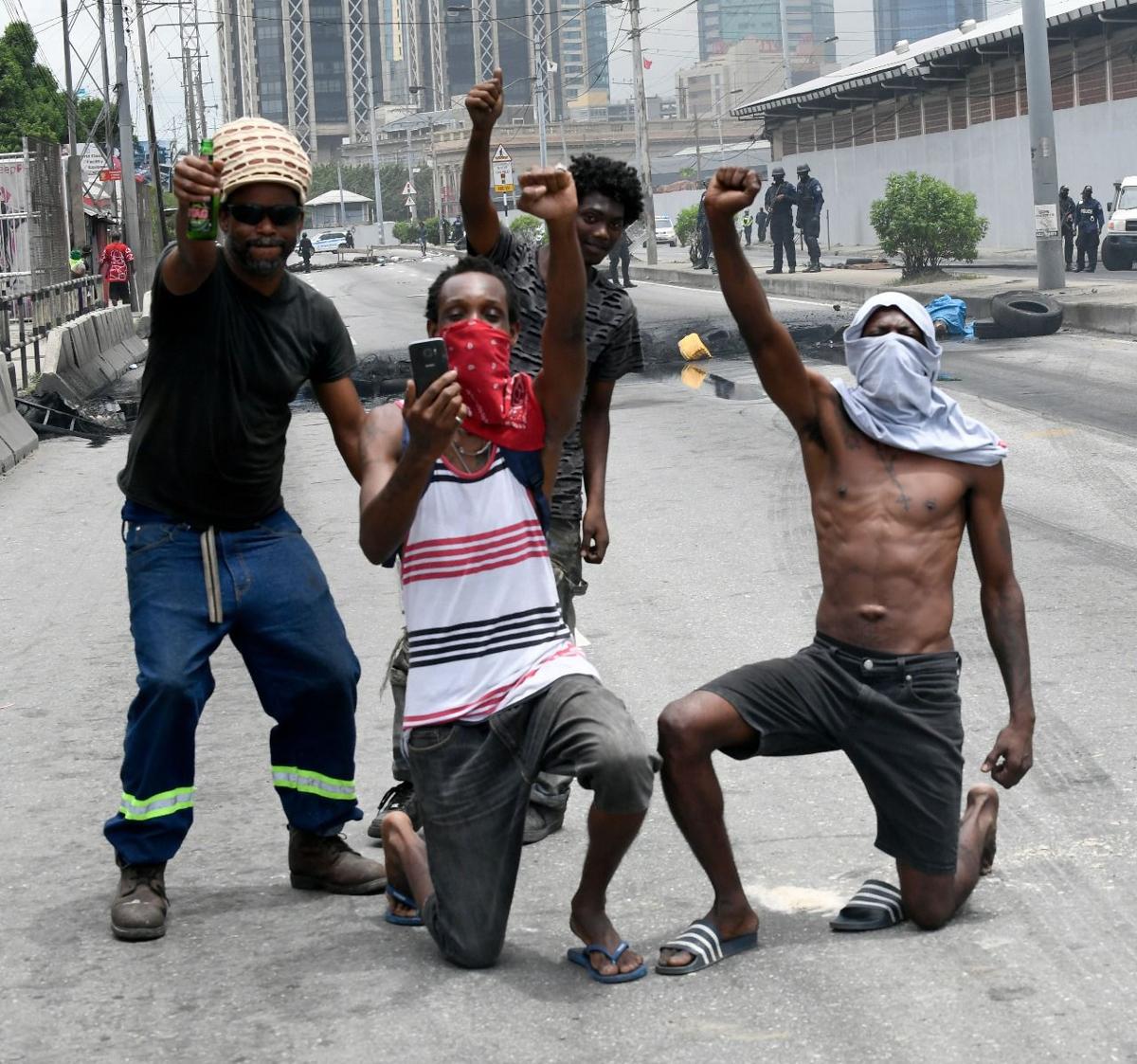 Residents of Sea Lots display their fists during protest action on Tuesday.

A screenshot from the video captured by TV6 camerawoman Kerry Patrick this morning, showing the confrontation between police officers and a group of men.

Police monitor traffic as burning debris are seen along the Beetham Highway following protest action by residents on Tuesday.

This as the people of Morvant, George Street, and Beetham Gardens escalate their protest action in response to the killing of three men in a purported “police exercise” in Second Caledonia on Saturday.

The Beetham Highway and several roads in the area were blocked with burning debris, with commuters having to turn back or find alternative routes into the city.

Police units have been called out to clear the blockades, which were rebuilt soon after officers left.

TV6 camerawoman Kerry Patrick captured dramatic video of more than a dozen officers squaring off with a group of men who emerged from a grassy knoll near the condemned St Phillips Government Primary School.

As some of the men stumble back, one man can be seen with his hands upraised, as police officers fire shot after shot into the air.

There were no immediate reports of injury.

National Security Minister Stuart Young has called a press conference for 11a.m. to update the public on matters of nationals security concern.

The protesters have apparently declined the request of Acting ASP Roger Alexander who met with a protesting group on Monday, to say he was not involved in the killings and to ask for witnesses to come forward to help in the investigation.

A community activist had appealed for calm and for residents not to set fires in the area of the shooting and destroyed potential evidence.

Protesters have likened the killings to that of George Floyd, a 46-year-old black man who died in Minneapolis, Minnesota, on May 25 after a police officer knelt on his neck for almost eight minutes while Floyd was handcuffed and lying face down, begging for his life and repeatedly saying "I can't breathe".

About a dozen officers were involved in the “exercise” on Saturday that ended with the shooting deaths of Joel Jacob, Noel Diamond, and Israel Clinton, killed by officers of the Inter-Agency Task Force and Guard and Emergency Branch.

The officers said they shot the men because a gun was pointed at them.

But CCTV camera footage captured part of the incident, and it does not support the police version of events.

Instead, it shows at least two of the men with their hands in the air, and officers firing into Clinton’s car, killing all three men.

There have been 43 police killings this year.

The officers involved in the shooting are still on active duty, while the case in being investigated by the TTPS and by the Police Complaints Authority (PCA).