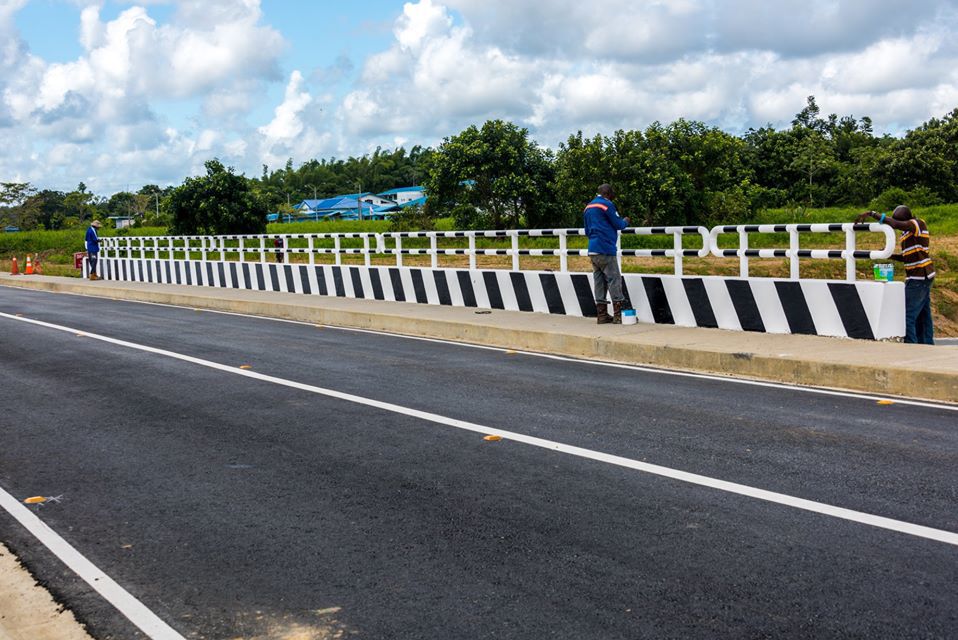 The bridge at Cunapo Southern Road, Sangre Grande was officially opened on September 28 of this year. 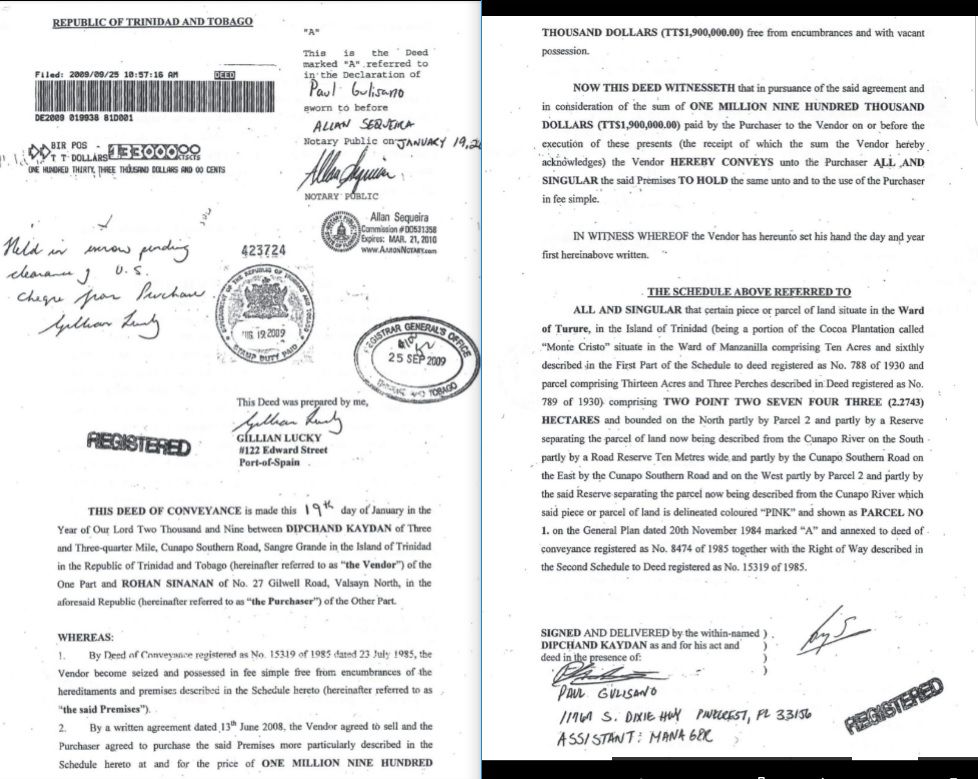 Works and Transport Minister Rohan Sinanan has confirmed that he is the owner of private lands in Sangre Grande which were acquired by the State for the construction of the Cunapo bridge project.

The Minister, in response to questions from the Express said he publicly disclosed his interest in this matter and he recused himself completely from all deliberations with respect to the project.

He said further that the plan for the project was decided before he was appointed Minister.

The former Prime Minister called on Sinanan to answer whether he was the owner of the lands and how much monies he received when it was acquired by the State for the project.

In response, Sinanan told the Express via WhatsApp that Persad- Bissessar was "desperate" and trying to deflect from mounting pressure.

"Tonight was nothing more than a pitiful attempt to save her floundering campaign. As I understand it, she has far bigger troubles within her party," he stated.

"There has been mounting pressure on Kamla and her leadership of the UNC. Evidence of this is apparent in the number of senior members who have since joined the PNM, especially in marginal areas such as Sangre Grande," he added.

The Minister said he disclosed his interest in the lands to the Integrity Commission.

"On the matter in question, I have publicly disclosed my interest on not one but two separate occasions. The Integrity Commission has also been informed of the matter officially and in writing," he said.

He criticised Persad-Bissessar saying her "tirade" must be viewed as the actions of a leader who is not only desperate but "clueless" as well.

"My own actions have spoken to my adherence to the tenets of transparency and accountability. Tenets that appear to be lost on the leader of the Opposition and her corrupt cabal," said Sinanan.

Sinanan confirmed the land was purchased in 2009 as stated in the deed.

"Members of the public as well as the Opposition Leader need to acknowledge that the property in question was bought in 2009 - one year before her kleptocratic government came to power with the assistance of Cambridge Analytica, a spying scandal which has rocked this country’s right to privacy to its core. And to which her only response is “who the hell really cares” said Sinanan.

He said further that the Works Ministry plans for the river were taken before the was appointed Minister.

"The actions the Ministry took in 2016 to straighten the River were taken prior to my appointment. I have nevertheless declared my interest in that matter and have recused myself completely from all deliberations in that regard," he said.

"Furthermore any transaction in which I am involved is conducted in a manner that is open, transparent and above board. Behaviout which is obviously foreign to Kamla and her cabal," he added.

The Minister defended his conduct saying it was aligned to party principles.

"My conduct in this matter is aligned with the values of this PNM administration of which I am part and my focus is on providing the support required by the Ministry of Rural Development and Local Government in the development of the East Coast of Trinidad, and specifically in the best management of the $8 Billion investment being made there to bring opportunity and prosperity to an area neglected by the UNC," he said.

"If Mrs Kamla Persad-Bissessar SC would like to legitimately pursue this matter, she is well aware of the appropriate channels to do so - none of which is a UNC political platform," said Sinanan.

He dismissed Persad-Bissessar's revelation as "nothing more than a naked attempt to distract the public from the fact that for the first time in its history, the UNC has a leader incapable of sustaining a national campaign through to a final rally,".

Sinanan did not provide how much money he was paid for the lands.

POLICE are building a murder case against two men who survived the crash that killed medical practitioner Dr Rudradeva Sharma.

RELATIVES of one of the two men killed after being shot in east Port of Spain on Wednesday denied that they were intended targets but were in the wrong place at the wrong time.

National Security Minister Stuart Young is a danger to democracy and is unfit to hold any public office in Trinidad and Tobago.

Crooks caught in the act