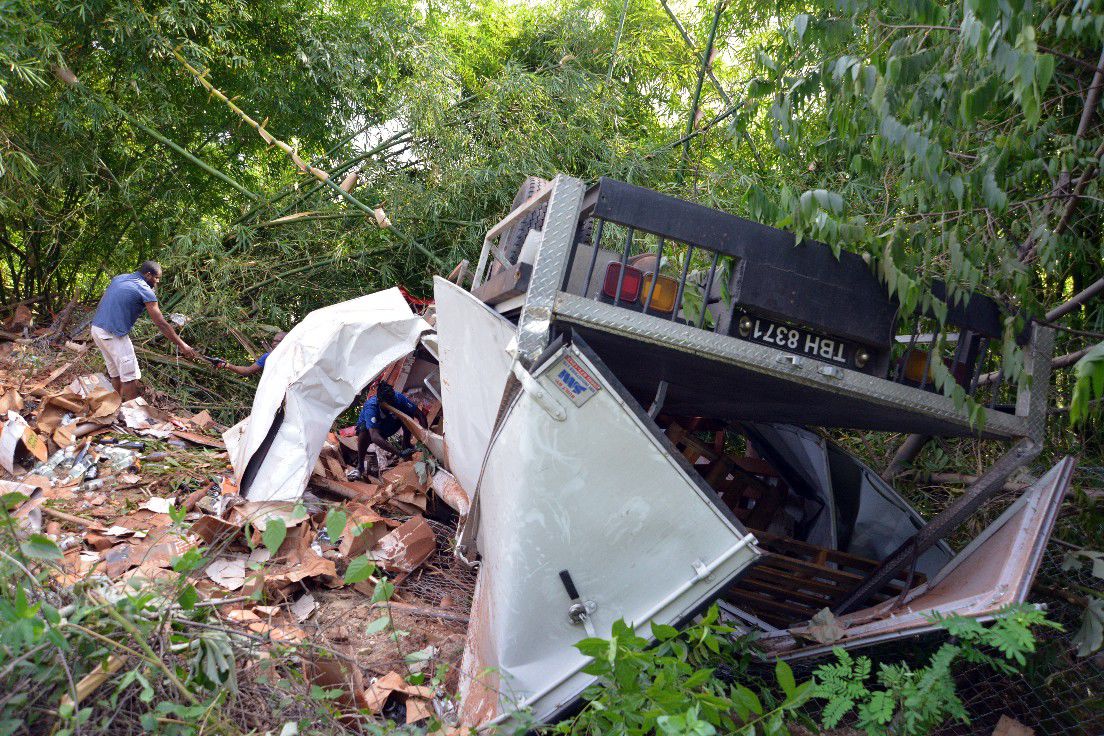 People are seen going through the cargo which spilled onto the cliffside off the Lady Young Road after a deliverry truck rolled down the cliff yesterday afternoon. (Inset) Fire officials remove the body of driver Johnald Smith who died in the crash. 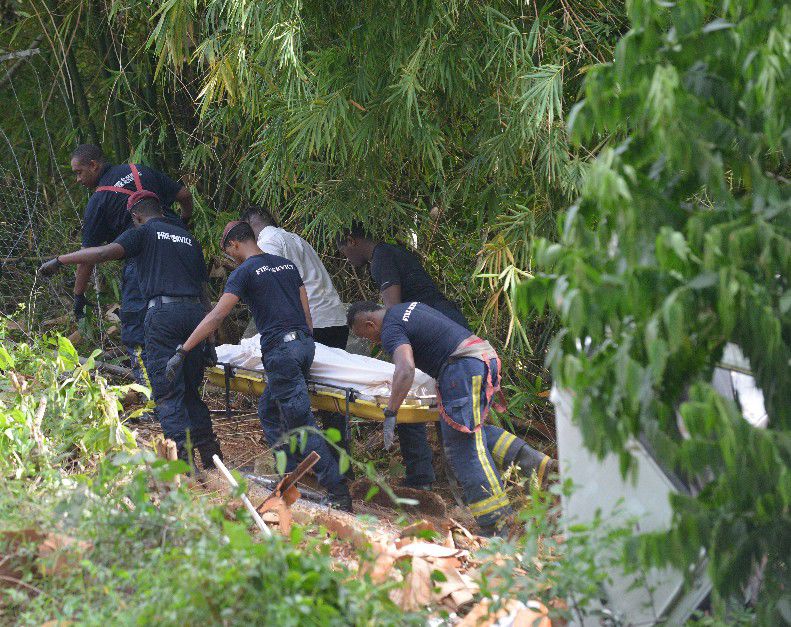 Officials from the fire services remove the body of Johnald Smith, who was killed during a fatal accident along the Lady Young Road, Port of Spain, yesterday when a truck drove over a precipice. PHOTO BY ISHMAEL SALANDY.

AS he realised the brakes on his truck were failing, driver Johnald Smith told his 18-year-old loader to jump out before the vehicle went over a cliff along the Lady Young Road in Morvant.

As Kerry McLaren jumped out the vehicle, Smith held the steering wheel in place to ensure that the teen was not run over, police said.

McLaren, of Morvant, suffered injuries to the left side of his body when he hit the ground.

Smith attempted to jump out of the truck before it hit the metal barrier but landed violently, and suffered fatal injuries.

He died on the scene yesterday.

Police said the accident took place around 12.05 p.m. near the Hilton Trinidad hotel.

The vehicle had left Caroni and was on its way to deliver a quantity of alcohol to Angostura’s Solera wine and spirits store.

Police said people in the area, upon seeing the bottles of alcohol spill out onto the road, grabbed champagne and other expensive spirits.

Some people ran through the nearby Belmont Secondary School with bags of items they stole in the aftermath of the crash.

The Sunday Express was told police will be reviewing CCTV cameras from around the school to identify people involved in what police described as looting.

US citizen killed in Cunupia crash

An American senior citizen was killed in a vehicular crash in Cunupia on Friday.

Cop stabs wife, and her 'intruder'

A police corporal was being questioned by his colleagues following a stabbing incident at his home.

Cleared of coronavirus but student to stay quarantined

A national of Trinidad and Tobago who returned from China last Friday has tested negative for the coronavirus (Covid-19).

No voice to cry, autistic infant found at river's edge

Gyasi Griffith has been found.

The autistic four-year-old had disappeared from the home of his grandmother in Inverness Village, Borde Narve, Princes Town, at 1.30 a.m. on Monday.