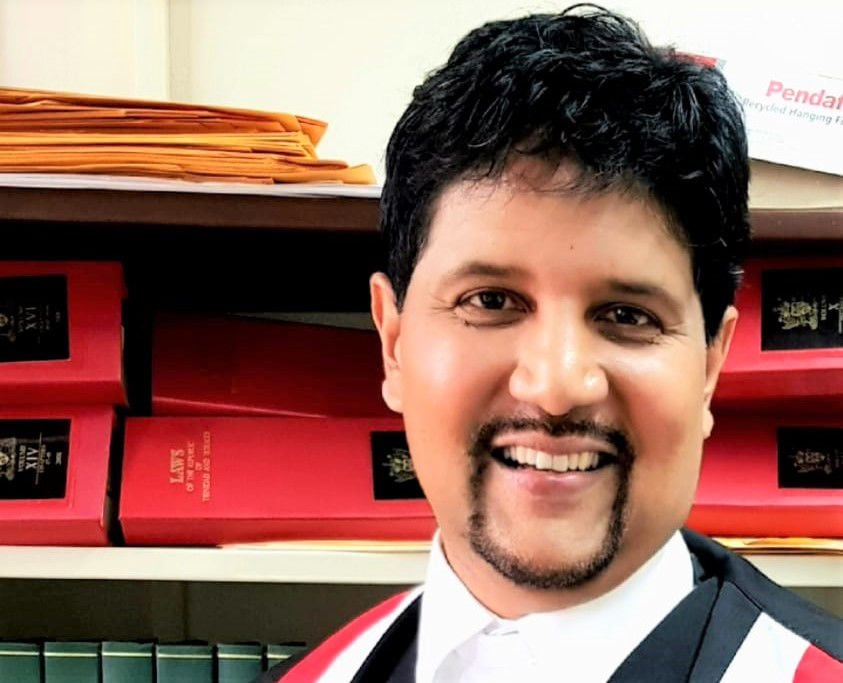 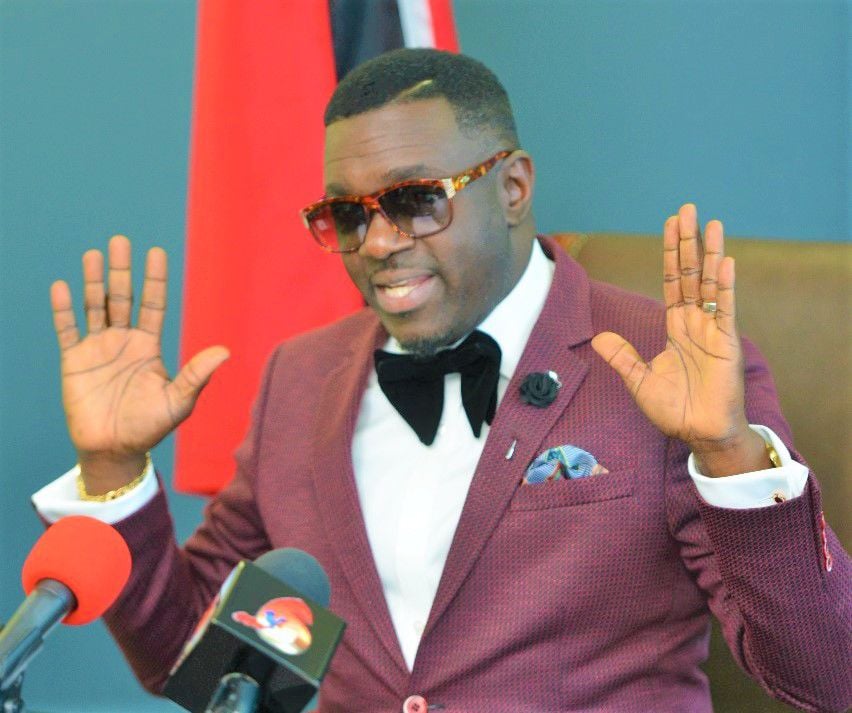 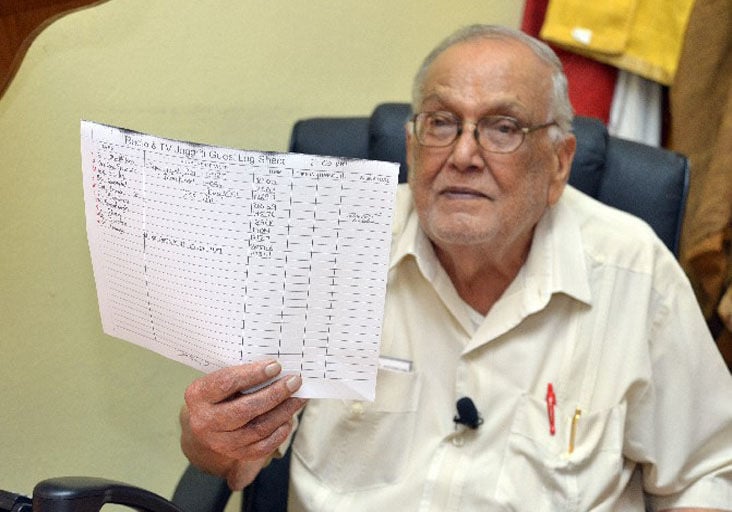 document: Sat Maharaj, CEO Radio Jaagriti, displays a paper with the names of the police officers that raided the station.

The Court has ruled that Sections 3 and 4 of the Sedition Act are unconstitutional, as they impose disproportionate and unjustified restrictions on a citizen’s free speech, expression and thought.

The ruling was delivered in the Hall of Justice this morning by Justice Frank Seepersad in the claim filed by secretary general of the Sanatan Dharma Maha Sabha (SDMS) Sat Maharaj, who has since died, and SDMS media house Central Broadcasting Services Ltd.

The ruling means that there will be an immediate halt to a preliminary enquiry against Watson Duke, president of the Public Services Association (PSA) who was charged with sedition in August of last year over statements he made during a protest at TSTT, in 2018.

Attorneys representing Sat Maharaj and Central Broadcasting Services had sought a declaration that the sedition legislation breached the constitutional rights of citizens to freedom of thought and expression, freedom of the press, and freedom of association and assembly.

Maharaj filed constitutional claim after police, armed with a warrant, went to Central Broadcasting Services, after he made certain statements on his Maha Sabha Strikes Back programme on TV Jaagriti on April 15, 2019.

Maharaj stated that citizens living in Tobago were lazy and that the men were rapists.

Even though he had not been charged, Maharaj later suggested during an SDMS Indian Arrival Day celebration that a charge for sedition against him was inevitable.

And even though Maharaj died last November, the claim proceeded since Central Broadcasting Services was also a claimant in the matter.

In a 46 page judgement, Justice Seepersad ruled that Sections 3 and 4 of the Sedition Act were patently inconsistent and are at odds with Section 1 of the Constitution which guarantees that Trinidad and Tobago is a sovereign democratic State, as these provisions impose disproportionate and unjustified restrictions on free speech, expression and thought.

“In addition, they violate the Rule of Law because they lack certainty, are vague and so their status as law cannot be reasonably justified in this sovereign democratic state” the judge said.

Following the ruling, attorneys for the Office of the Attorney General sought to have the judge suspend the order.

However, attorney Ramesh Lawrence Maharaj submitted that Justice Seepersad should make no such order, and that if the State appealed the ruling, it was up to the Court of Appeal to suspend the order.

What the judge found

Justice Seepersad stated that the vagueness, lack of clarity and uncertainty in the relevant provisions of the Sedition Act lead to an arbitrary application of the law.

“One of the core principles associated with the rule of law is the principle of legal certainty. The rule of law demands that citizens should be able to regulate their conduct. Legislation which is hopelessly vague does not facilitate such regulation and cannot qualify as law.

This Court is resolute in its view that sections 3 and 4 of the Sedition Act violate the rule of law. They do not qualify as law and must be struck out as these sections do not meet the criteria of legal certainty. Given the evident lack of clarity and having found that they do not meet the standard to qualify as a law, they cannot be treated as “existing law" so as to be saved by Section 6 of the Constitution" said the judge.

Justice Seepersad said that the history of Trinidad and Tobago from the period when there was a Monarchy to the post 1976 era when Trinidad and Tobago became a Republic, the impugned provisions now have no place in this sovereign democratic state where the people are sovereign.

- The declared that sections 3, 4 of the Sedition Act contravene the principle of legality and/or legal certainty, in that they are vague, uncertain and therefore illegal, null and void and they offend the rule of law;

- The Court declared that sections 3 and 4 of the Sedition Act infringe the right of the individual to enjoy freedom of thought and expression, the right to join political parties and express political views and the right to freedom of the press which are all rights which are tenets of a sovereign democratic state and individually or collectively these provisions infringe the binding declaration recorded at Section 1 of the Constitution;

- The Court declared that sections 3 and 4 of the Sedition Act are inconsistent and/or incompatible with the characteristics, features and tenets of a democratic state and pursuant to Section 2 of the Constitution they are void to the extent of their inconsistency with the Constitution.

JAMAAT-al-Muslimeen leader Yasin Abu Bakr has filed an application in court to be discharged on a charge of sedition, following the recent jud…