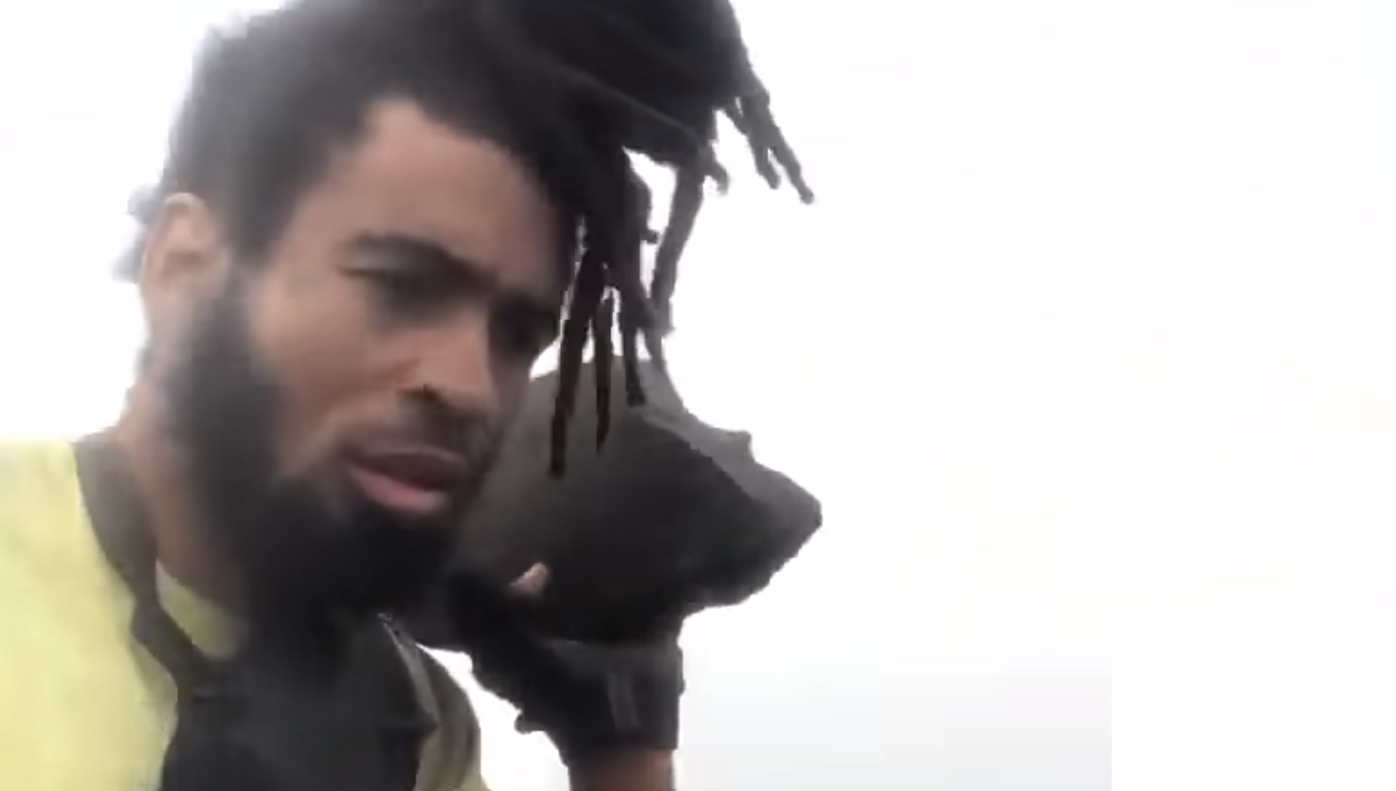 The man holding a rock found at the summit 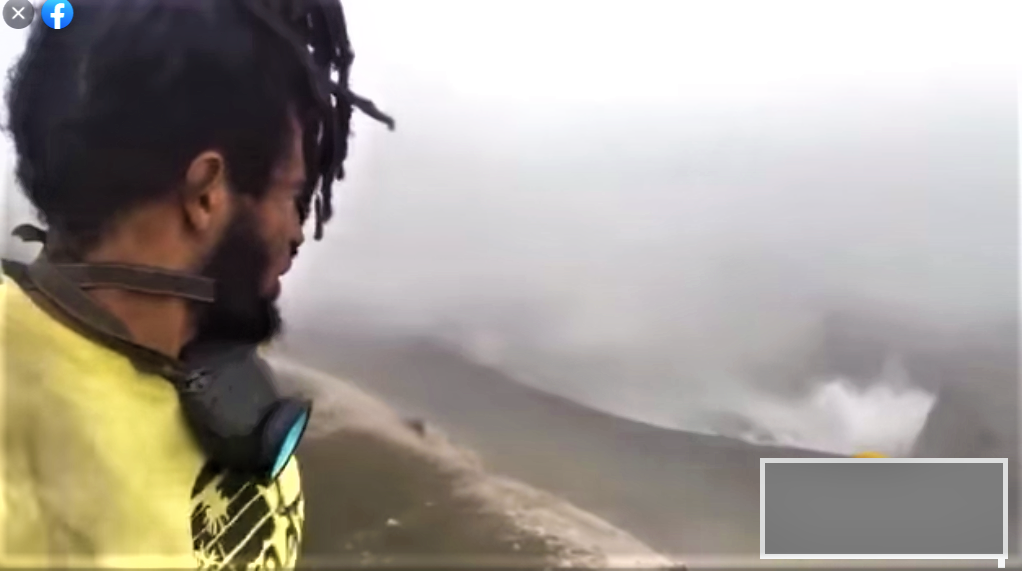 The man at the summit of the erupting La Soufriere 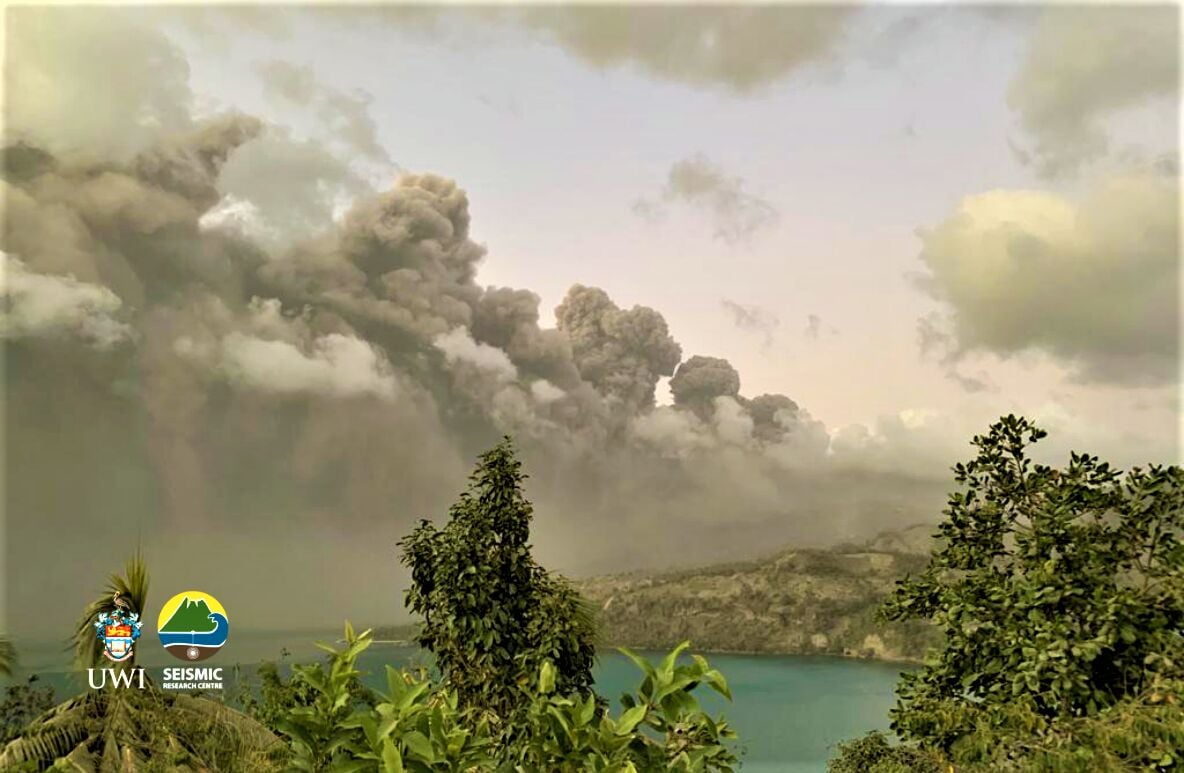 The eruption of April 18 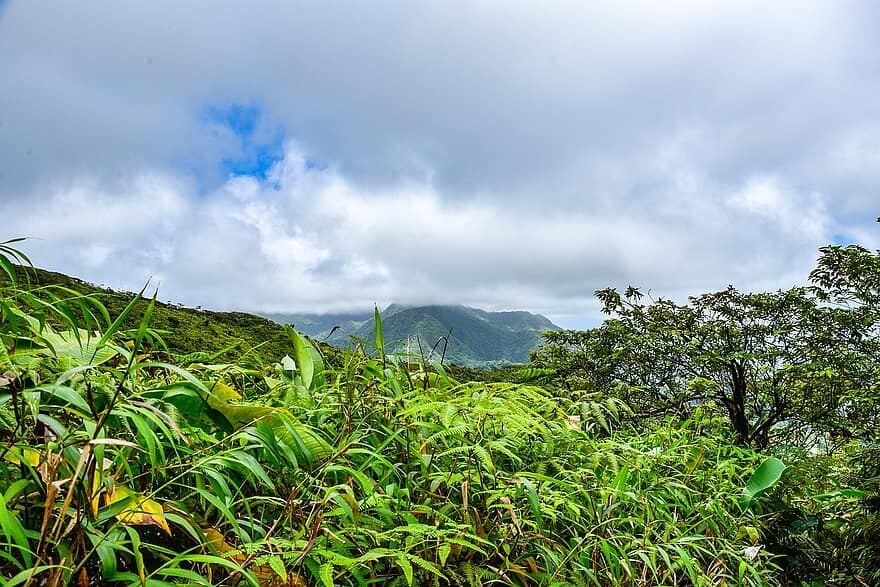 Table Rock, near the summit of the La Soufriere, as it looked before the April 9 eruptions began.

The man holding a rock found at the summit

Table Rock, near the summit of the La Soufriere, as it looked before the April 9 eruptions began.

The police in St Vincent has taken into custody a man who climbed the erupting La Soufriere Volcano on Sunday, and recorded himself and another hiker.

The man, who is a tour guide, became the subject or ridicule and adulation after uploading his adventure on YouTube.

It is unclear what charges can be laid against the man, since there are no ordinances preventing the climbing of the La Soufriere, which has produced at least 30 explosive eruptions since April 9.

The actions of a tour guide who went to the summit of the erupting La Soufriere volcano in St Vincent and over the weekend, is being described as “simply dotish” by volcanologist Professor Richard Robertson, who said death was certain if there was an explosion.

Video has begun circulating showing the man, and at least one other person climbing to an area known as “Table Rock”.

The man is seen, without a face mask, taking video selfies at the smoldering crater and describing the scene, while a strong wind blows, and steam rises from the cauldron.

He also captures video of a person climbing.

The video was filmed on Sunday, and hours later, the volcano was rocked by an explosive eruption.

There has been at least 30 explosive eruptions since the volcano began erupting on April 9, with deadly pyroclastic flows reaching the sea, and ashfall smothering surrounding communities, destroy the island’s agriculture, and affecting as far as Barbados.

The man is a member of a local tour company with a website that promotes a hike to the La Soufriere.

An advisory on the website states: “All trips to the volcano are currently suspended due to the current active effusive eruption ongoing. It is not same for anyone to visit La Soufriere at this time”.

People who have seen the video have all condemned the man for going to the volcano, while St Vincent is in the throes of an active eruption, and thousands have followed the advice and fled towns and villages near the volcano.

In response to the videos, Robertson, who is leading The UWI’s Seismic Research Unit team monitoring the volcano and advising the Government, commented: “With your actions, you are putting at risk not only yourself and your entire party for all reasons I have stated multiple times. I have personally told you that what you are doing is quite simply mad”.

Robertson said the volcano in its current state can erupt explosively without warning.

“Anyone on the volcano at the time is at risk of dying horribly from blunt trauma to the body, from excessive burns, and from asphyxiation. Anyone at the summit as you were today will certainly be killed if it has one of the kinds of eruptions that it had on the very same day that you visited”.

“Stop putting yourself, your co-hikers, and potentially the search and rescue team that would come to get you if something happens. This is neither brave or useful but simply dotish.”

"Dotish" is a Trinidadian corruption of the word "doltish" which means stupid, or idiotic.

He needs to stop

The National Emergency Management Organisation (NEMO) in St Vincent and the Grenadines has also shared the comments of Professor Robertson.

The NEMO has called out the man, stating: “He needs to stop. Folks also need to stop encouraging the madness. That's why he continues to defy the authorities and logic.”

TTPS announces arrest of 10 people on 'edges' of beach

Five men and five women who were seen liming on the Mayaro/ Manzanilla beach, have been char…

TTL gets a new CEO

KURTIS Rudd, a former marketing vice-president at Prestige Holdings Ltd, has been selected a…

Cop reaches for his gun, it was gone

A police officer has reported the theft of his loaded gun.