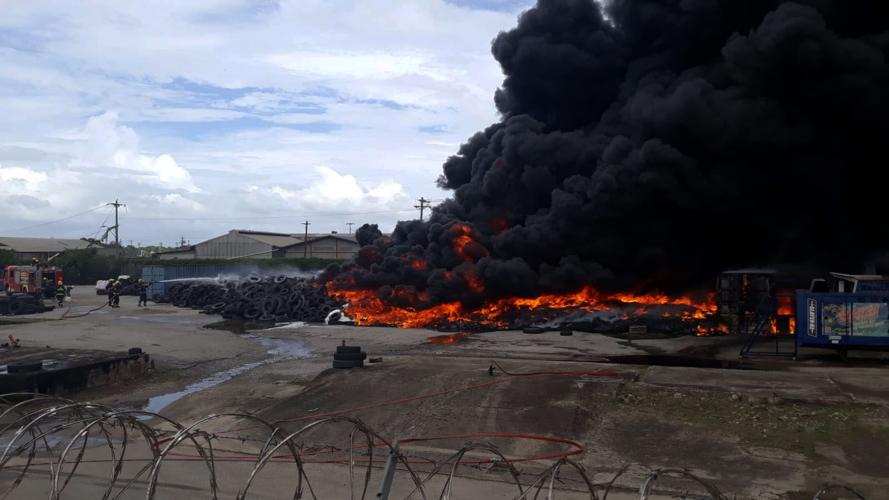 Fire officers try to contain the fire of a burning stockpile of tyres, on the compound of the Solid Waste Management Company (SWMCOL), Sealots. 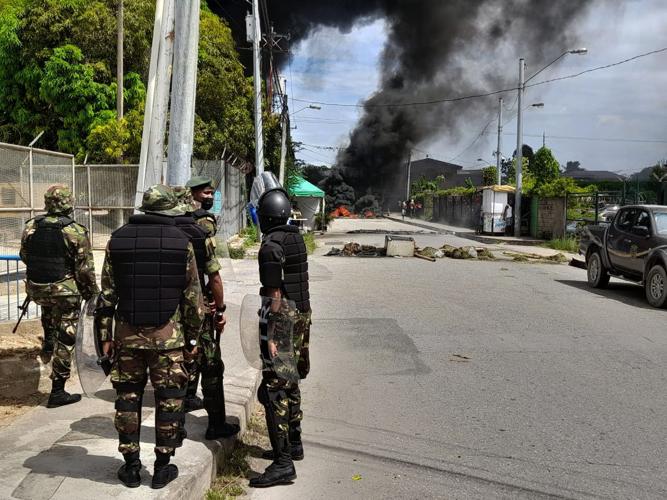 Members of the T&T Defense Force look on at burning tyres in Sealots on Monday, during protest action by residents of the area. 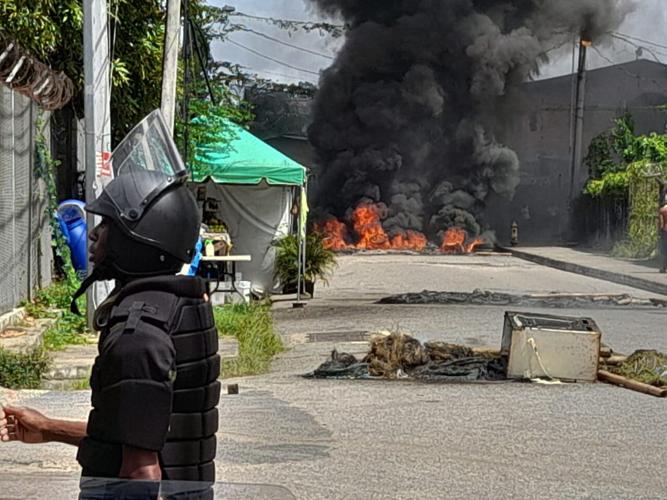 A street in Sealots is blocked with burning tyres on Monday, during protest action by residents of the area.

Protesters have set fire to a stockpile of tyres on the Sealots compound of the Solid Waste Management Company (SWMCOL).

The company issued a statement at 1.30p.m to report that the fire was burning at its Transfer Station Tire Recycling Facility.

“Reports indicate that after a failed attempt to remove tires to fuel today’s protest on the Priority Bus Route and Eastern main Road, the stockpile was set ablaze by residents.

As a result, those using the Beetham Landfill have been rerouted to the Guanapo or Forres park landfills.

And residents and commuters in the area have been advised to exercise caution.

Meanwhile, members of the Defence Force have deployed at several hot spots in an attempt to quell the protests.

TWO men are suspected to have drowned at beaches in Maracas and Tyrico on Sunday.

During the rainy season, many families have had to contend with flash flooding as well as wh…

Man on a mission