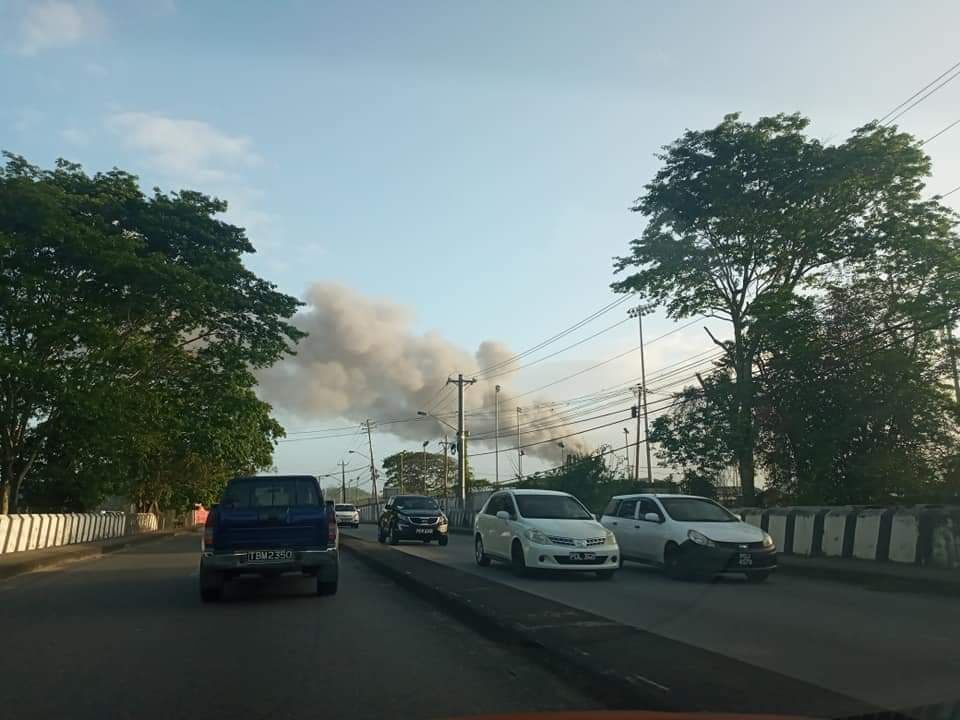 Smoke billowing from the Pointe a Pierre compound. 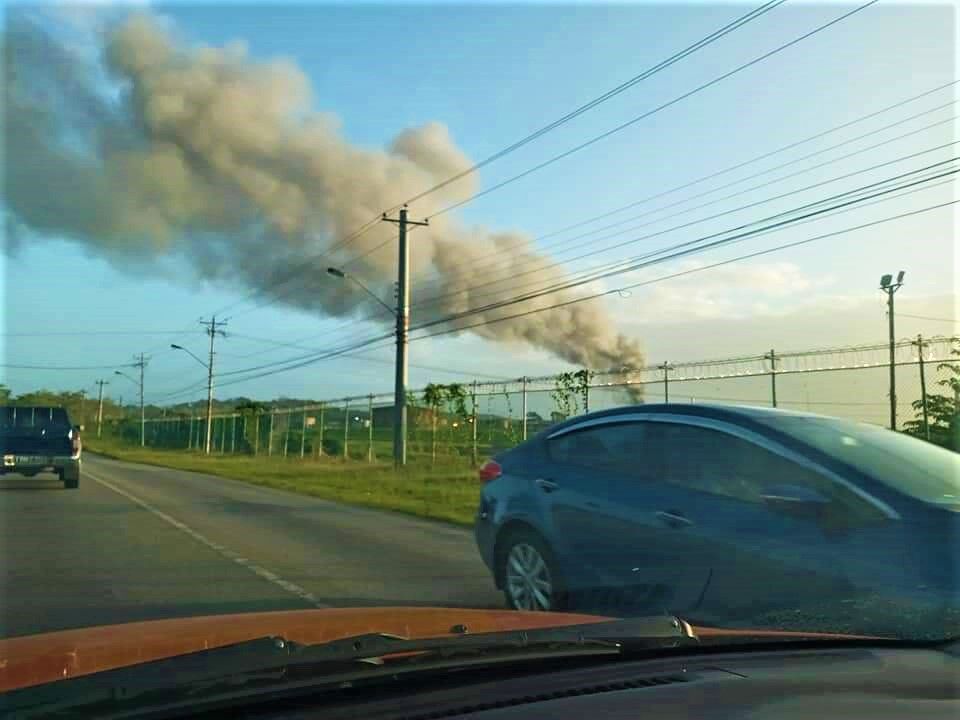 Smoke billowing from the Pointe a Pierre refinery compound 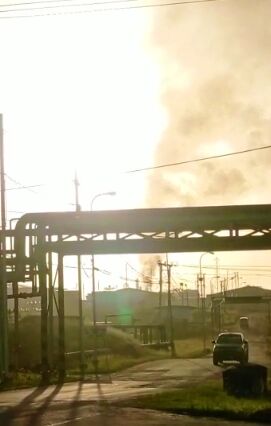 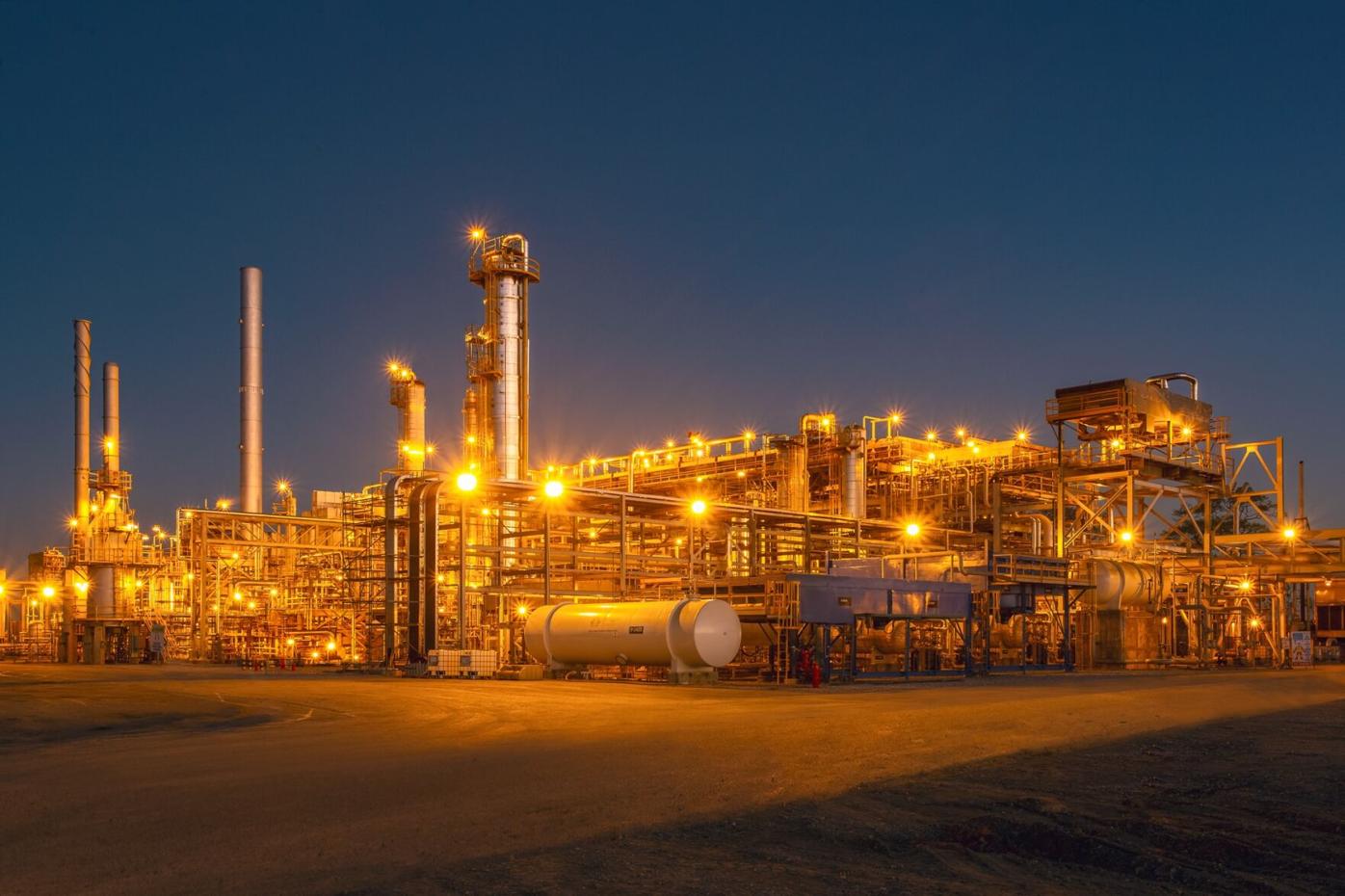 There has been an explosion at NiQuan Energy’s Gas to Liquids Plant located on what was formerly Petrotrin Pointe-a-Pierre refinery.

It happened at daybreak today.

A thick plume of smoke followed.

The blast shook houses and caused panic among residents of south Marabella. The loud rumbling sound was heard as far as La Romaine, Phillipine, Claxton Bay and La Brea, the Express was told.

According to an employee, the explosion may have been caused by a “build up of wax” inside the pipelines leading to the hydrocracking unit in the plant.

“Fire services and police officers are here. The area has been cordoned off and no one is being allowed inside,” he said.

The employee said no one was injured in the explosion.

“The plant has to come down before the wax can move in that pipeline or that will be the end of everything in NiQuan. We trying to save the reformer. So far nobody was around. The night shift was already leaving the plant so no injury casualty thus far,” he said.

In July 2012, an explosion at the then Petrotrin refinery claimed the life of 59-year-old pipe-fitter, Joseph “Rudy” Carrington. The blast occurred at the Fluidised Catalytic Cracker Unit (FCCU).

NiQUAN GTL is the first commercial plant of its kind in the western hemisphere and one of only five commercial GTL plants currently operating in the world built exclusively for the commercial production of GTL products and using the Low Temperature Fischer-Tropsch (LTFT) process.

The GTL Plant commenced operations in December 2020 and is currently ramping up to a nameplate capacity of 2,400 barrels of GTL Paraffinic Diesel and GTL Naphtha in an 80:20 split per day.

The plant is located at Pointe-à-Pierre on the west coast of Trinidad in the Republic of Trinidad and Tobago and sits within the perimeter of the Guaracara refinery.

The GTL Plant is a production facility that takes natural gas and turns it into high quality energy products with low emissions. It uses commercially proven Low Temperature Fischer-Tropsch (LTFT) technology in a fixed bed system.

The LTFT process is a three-stage process. The first stage consists of combining natural gas with steam in a reformer in order to create a synthetic gas, or syngas. In the second stage, this syngas is fed into the Fischer-Tropsch reactors where it is subjected to a catalytic reaction that converts it into a waxy synthetic crude, or 'syncrude'. In the final stage, the waxy syncrude passes through the hydrocracker where it is cracked into the required product slate in a similar way to the refining of crude oil in a traditional refining process which removes pollutants and contaminants.

The critical Fischer-Tropsch catalyst technology for the GTL Plant is provided by Emerging Fuels Technology, Inc., a leading authority on GTL technology.

The supply of natural gas feedstock for the GTL Plant has been secured via the Trinidad and Tobago Upstream Downstream Energy Company and Petrotrin is the product offtaker.

From junkyard to first in hemisphere

NIQUAN is a newcomer to the local energy landscape and the first Gas-to-Liquids (GTL) plant in the Western Hemisphere.

It is the vision of its founder Ainsley Gill, who bought the incomplete and abandoned Gas-to-Liquids (GTL) plant from Petrotrin (now Trinidad Petroleum Holdings Limited (TPHL) for US$35 million after it was relegated to scrap iron.

Pointe a Pierre lights up again, as Niquan GTL opens