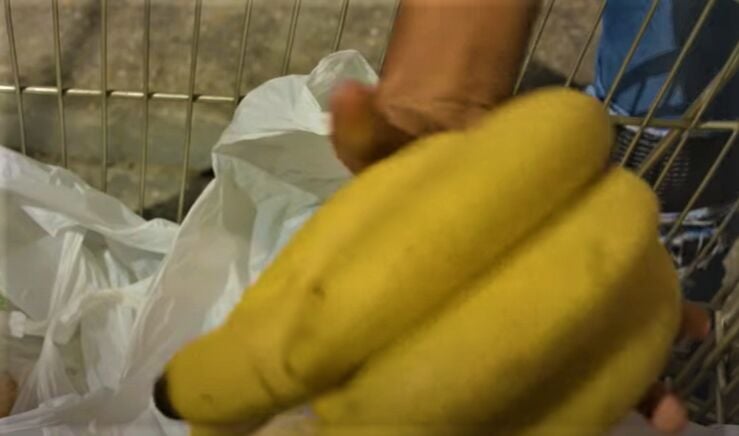 A screenshot from the video. 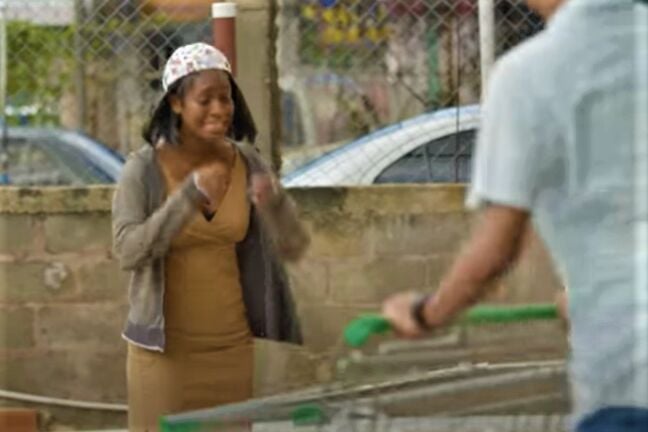 A screenshot from the video showing a woman begging for food. 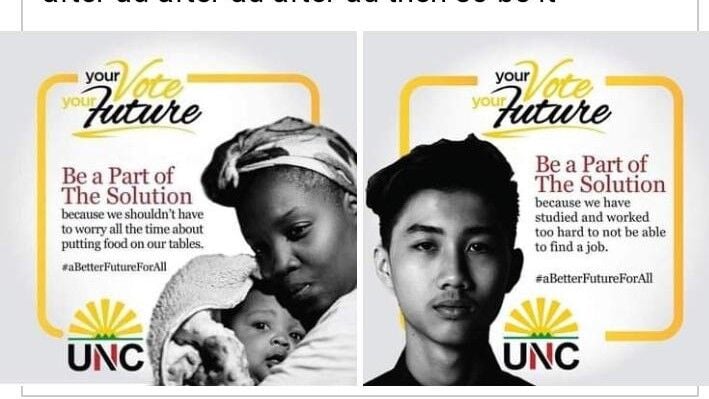 Prime Minister Dr Keith Rowley is demanding that the UNC remove an advertisement which, he said, likened black people to monkeys.

The Prime Minister was referring to the UNC's Trinity's Triangle ad in which a Afro-Trinidadian woman was begging for food. She approaches a man called Chris who upbraids her, before another man called Kamal who gives her a bunch of bananas.

The Prime Minister said: "(To) Kamla Persad Bissessar and her UNC friends, I know what the yellow bananas mean. Is monkey they does feed banana. All over the world footballers walk off the field when they start to make monkey chants. But in the UNC advertisement black people hungry in Trinidad and Tobago and yuh feed the 'monkeys' banana. You (Persad-Bissessar) could go to hell with that. We are better than that in Trinidad and Tobago."

The PM also demanded that Opposition Leader apologise for "humiliating" black people, portraying them in a negative light in the UNC's ads.

Speaking at a virtual meeting in Sangre Grande, the Prime Minister said: "Have you all seen those ads from the UNC, using black people in the most disgusting and disgraceful way?".

"She intended all along to use race, dog whistle and racial epithets as part of her political armoury. So today, she reach now to humiliating black people in this country by picking up destitute looking black people and portraying them in the worst possible way in a political advertisement. Tonight I want to tell Mrs Kamla Persad Bissessar and the UNC, I am a proud black man and you have offended me," he said.

That is how they see black people

"If the PNM has one legacy that we are going to defend to the death is that we have encouraged inter-racial solidarity in this country and we will not allow Kamla Persad Bissessar and her minions to threaten it because we are better together and stronger in diversity. I demand that those ads be removed," he said.

The Prime Minister said people should not be surprised. He said when the country had a crime problem and people were killed in Arima, the Kamla Persad Bissessar led administration called a state of emergency and picked up black people and jailed them without evidence "because (to them) crime and criminality was black people behaviour". "That is how they see us, that is how they think about us and we reject it," the Prime Minister said.

He said when Avinash Singh was named as the PNM candidate in the Chaguanas West by-election in 2013, Persad Bissessar remarked "the PNM had taken one of our own". He also recalled her repeated references to the "one percent" and her labelling him as an Oreo.

Faced with persistent insin­uations from Opposition Mem­bers in Parliament yesterday that he got a Pfizer jab from the 80 vials sent from the US, Prime Minister Dr Keith Rowley went on the offensive and suggested that Opposition Leader Kamla Persad-Bissessar had contracted Covid-19 at some stage.

THE State’s flagship energy company, the National Gas Company (NGC), registered an after-tax loss of $2.1 billion for its 2020 financial year, which ended on December 31, 2020.

The public is again being advised to be careful about using herbal remedies to treat Covid-19, as it can cause more harm than good in certain instances.

The Gambling (Gaming and Betting) Control Bill, 2021 was passed in the House of Representatives yesterday.