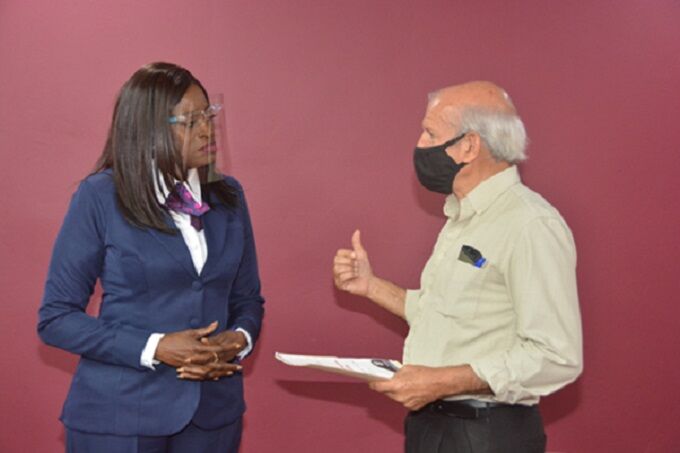 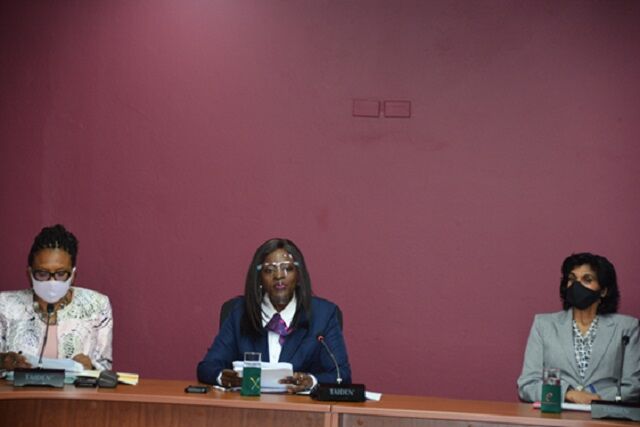 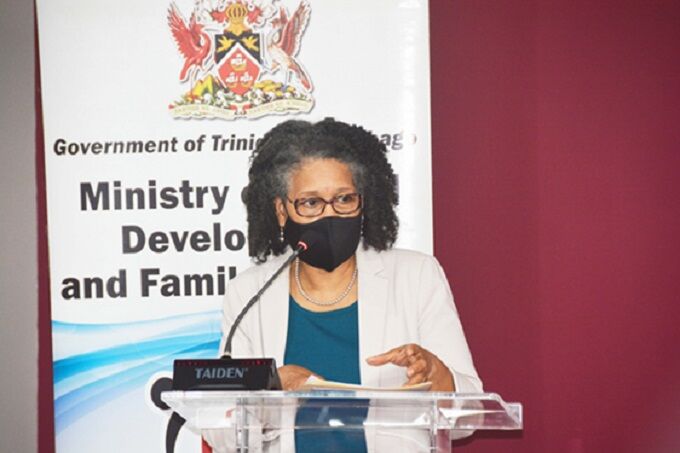 Stephanie Fingal of the Employers Consultative Association makes her contribution during the stakeholders' meeting on street dwelling on Monday.

Social Development and Family Services Minister, Donna Cox, said the time for talking is over. It's time to focus on tangible results for the nation’s street dwellers.

Cox, who chaired a meeting with various stakeholders on Monday at the Linda Baboolal Meeting Room at Cabildo Chambers, St. Vincent Street, Port-of-Spain, noted that the session was about moving beyond identifying and bemoaning what we know already exists.

Lamenting the fact that several years had passed since the Ministry of Social Development and Family Services first put forward its initial response to the issue of street dwelling, Cox said the focus now was to operationalize the national strategy for a Continuum of Care, with collaboration by all sectors of the society.

During her opening remarks, she acknowledged that she was pleased by the turnout, and commended the private sector’s willingness to work towards the identification of available resources and solutions that would enable the Ministry to respond to the myriad of issues that are associated with street dwelling.

Serving as a follow up to a previous meeting of high level stakeholders, held two weeks ago, the meeting engaged representatives of the business community including Professor Clement Imbert of the University of Trinidad and Tobago, Mark Edghill, President of the Association of Real Estate Agents, Gregory Aboud, President of the Downtown Merchants’ Association (DOMA), who also represented the T&T Chamber of Commerce, Massy Foundation's Adele Rose, Stephanie Fingal of the ECA, Dianne Joseph, Manager of the Co-operative Credit Union League of Trinidad and Tobago, Bankers Association's Dexter Charles, Anthony Salloum as well as representatives from the various Chambers of Commerce, Unit Trust Corporation and ATTIC, and the wider private sector.

Following contributions by various attendees, there was consensus that the action plan formed a good basis for continued collaboration.

Cox shared details relative to what has already been achieved, what was required, and where each stakeholder had a particular role to play.

Some of the key areas that will require urgent attention include:

It was agreed that given scarce resources, there is need for a targeted, solution-oriented approach to the issue by all stakeholders.

Appropriate legislation coupled with the right measure of training and development, mentorship and financial counselling as part of the rehabilitation process, were deemed to be critical.

It was also agreed that there is need for more community involvement toward the rehabilitation and re-integration of street dwellers from dwelling in public spaces.

Cox stated that one of the items on her ministry's agenda is the hosting of a meeting with non-governmental organisations, faith-based groups, Mayors and representatives of the Regional Corporations to move forward.

She said plans are underway to a conduct technical meeting with this particular segment in the coming weeks.

Cox also stated that prior to Monday’s session, the ministry had already held fruitful discussions with the Ministry of Rural Development and Local Government, which had since pledged the support of the Municipal Police, and with the Commissioner of Police, who also confirmed the support of the Trinidad and Tobago Police Service.

She gave the assurance that all efforts will be made to expedite and implement the plan, despite the various challenges which may be encountered along the way.

Mask slackness and liming blamed for Covid cases in Caroni

The failure to wear masks, especially at the workplace, and the propensity for engaging in p…