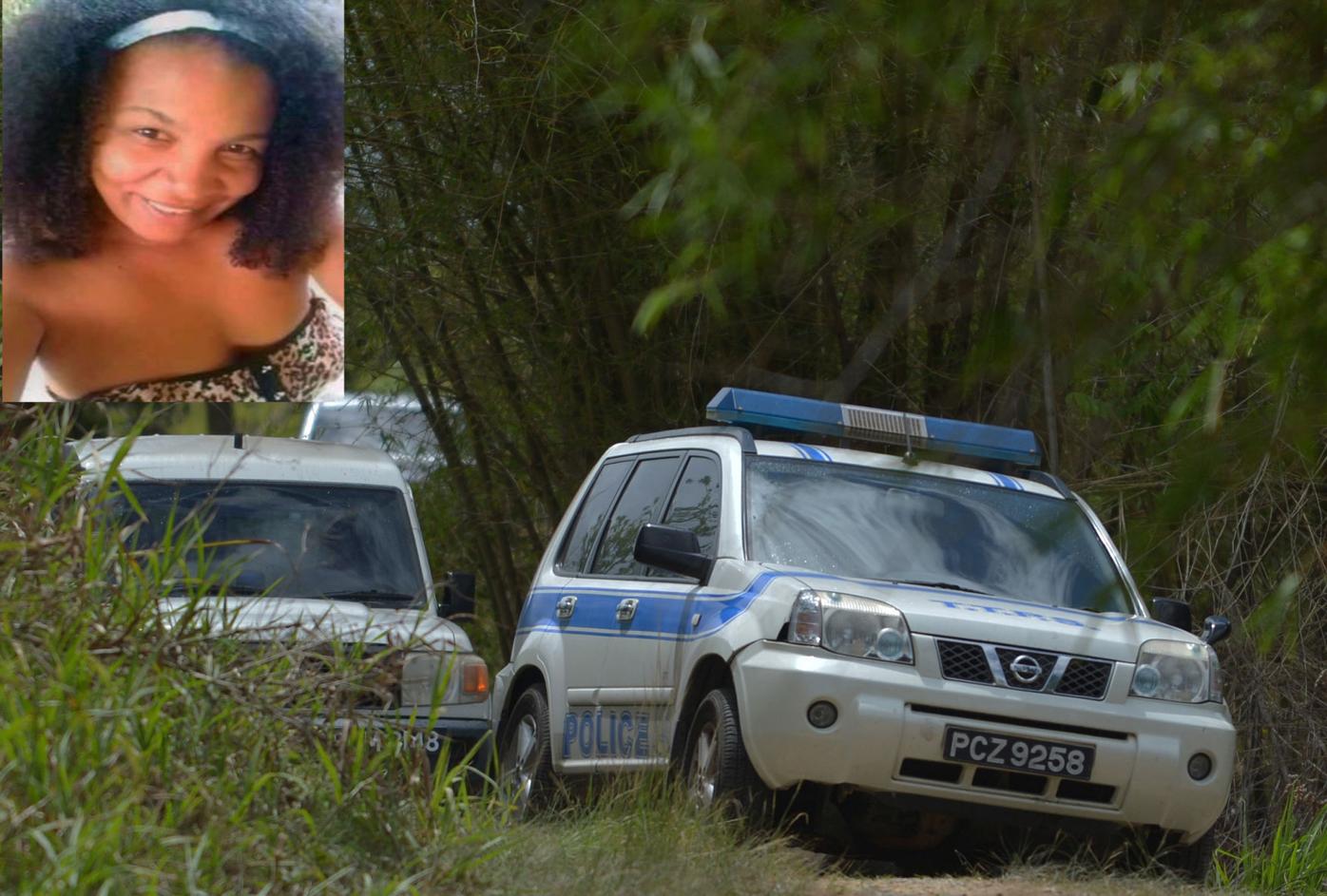 Police officers leave the crime scene where four bodies were discovered on Monday. (inset) is Guimar Jose Rausseo Marcano, who were killed in New Grant along with her boyfriend and two other. 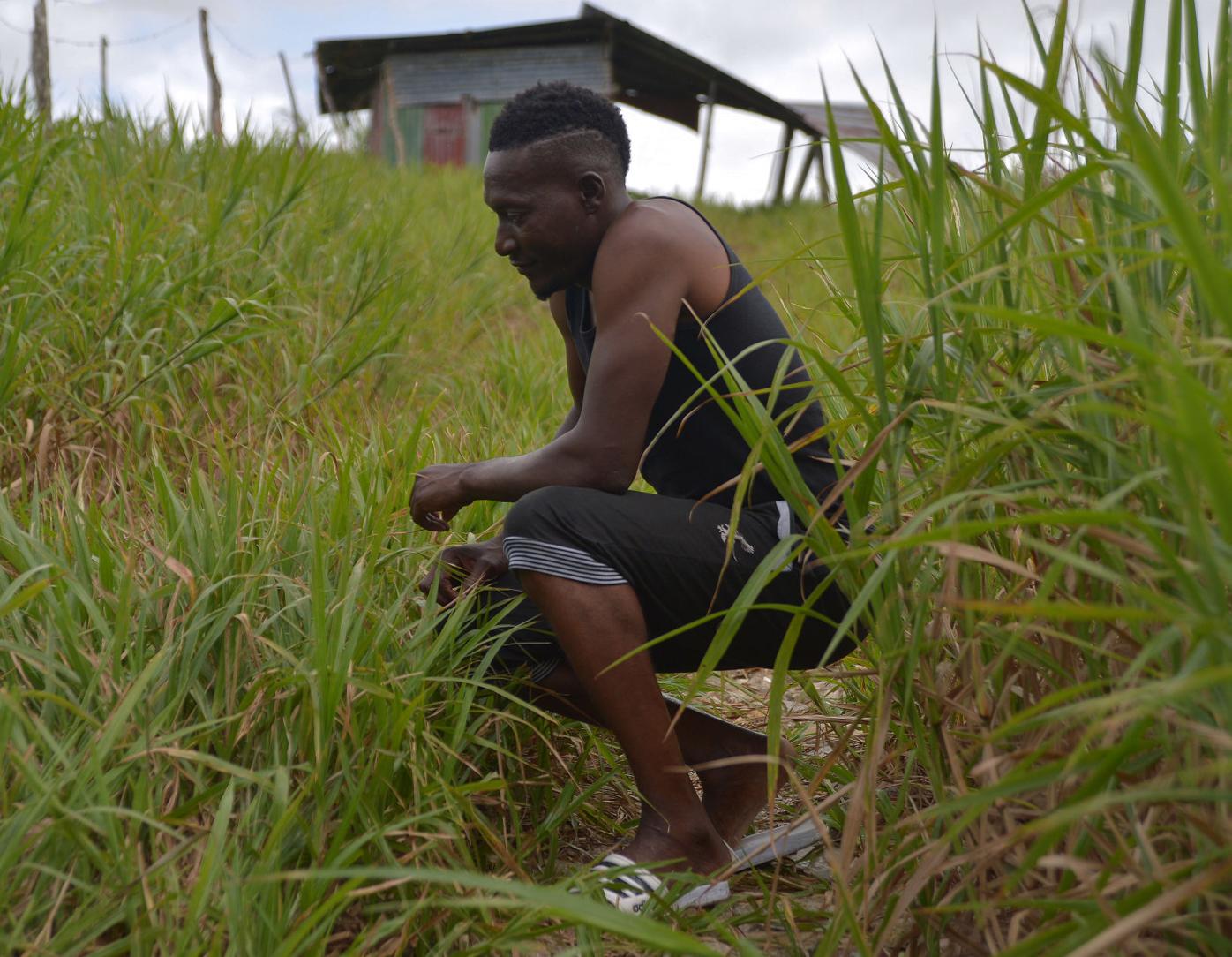 Villager Raymond Frederick, shows the area where four bodies were discovered in a forested area in New Grant on Monday morning.

A Venezuelan woman was one of four people found shot dead in New Grant on Monday.

Housekeeper Guimar Jose Rausseo Marcano was killed along with her boyfriend Aaron George, and their friend Darnel Mitchell.

The fourth man was identified as Venezuelan national Jose Serrano. He was last seen with Mitchell on Sunday night.

A gardener found George’s body by a track in a lonely farming area in Daly Road, New Grant, off the Torrib/Tabaquite Road around 6.30 a.m. on Monday He contacted the police who found the other bodies. All of the bodies were lying face down with wounds to the head and back.

Southern Division Senior Superintendent Wayne Mohammed said at the scene. “We are exploring the possibility that the bodies could have been shot elsewhere and dumped here.”

Acting Deputy Commissioner Mc Donald Jacob in charge of Intelligence and Investigation said it was believed the shooting occurred overnight between 11p.m. on Sunday and 1 a.m. on Monday. “We have some leads … We are at the stage now where we have particular leads and we are looking forward to solve this crime … We are asking anyone with information that could assist us in solving this crime to come forward, say something so that we can deal with this scourge that is existing in Trinidad and Tobago.”

A 23-year-old Princes Town man has been charged with four murders.