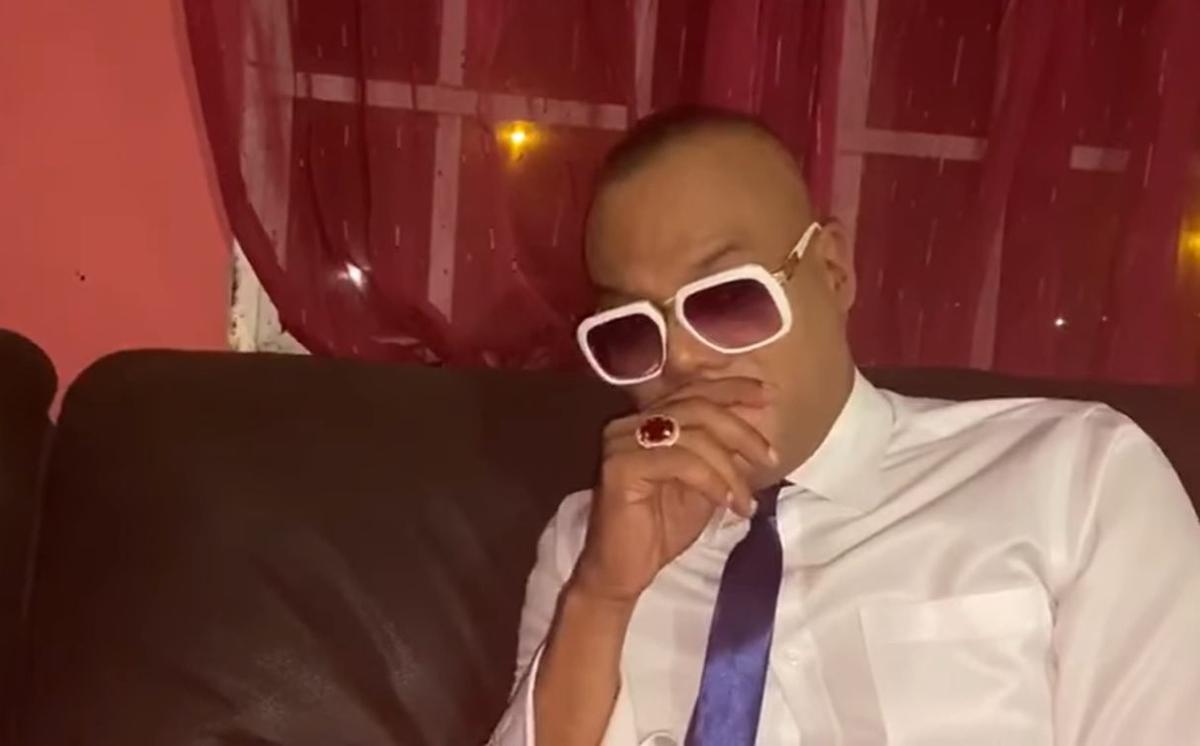 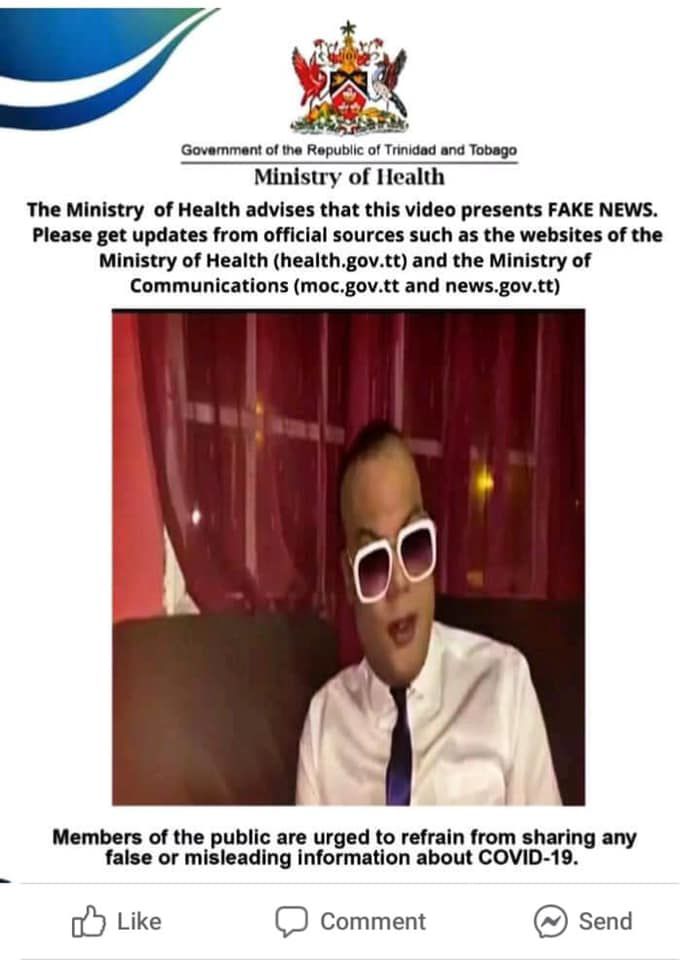 His claim has triggered alarm, with people pointing out that he had been in contact with countless people since his March 15 return from Florida where he believes he contracted the virus that has sickened almost 400,000 people and killed more than 16,000 people globally.

As of Tuesday, there were 57 cases of COVID-19 in Trinidad and Tobago.

Concern is also being raised about his young son and wife with whom he interacted after his test result was confirmed.

Alleyne, who is among the almost 20,000 people who returned to Trinidad in the past two weeks, is also being castigated for not self-isolating upon his return, a request that has been made repeatedly by health authorities trying to slow the spread of the virus and prevent a collapse of the health care system.

Among the people Alleyne interviewed was the head of the Prison Service Dennis Pulchan following the March 17 attempted prison breakout and riot at Golden Grove, Arouca.

Alleyne was part of a media personnel that included journalists from the Express, CNC3 and Newsday.

He also went to the Grand Bazaar mall to meet with casino workers who were losing their jobs over the closure of the businesses as a result of the COVID-19 pandemic lock down.

There has been no official response from the State to Alleyne's claim.

On the Facebook page of Health Minister Terrence Deyalsingh this morning, a fake news alert regarding Alleyne's statement was posted, then deleted.

The Ministry of Health has since issued a statement asking that it not be shared because it is fake.

Epidemiologist at the Ministry of Health, Dr Avery Hinds was asked on a television talk show this morning about Alleyne's claim. He declined to comment.

The Express has reached out to Deyalsingh but there has been no immediately response.

Deyalsingh will be at an 11a.m. press conference today to update the country on the COVID-19 pandemic.

People who were in proximity to Alleyne recently are already taking action.

A singer wrote today: WITH ALL THE CALLS AND MESSAGES I GOT BECAUSE OF A PIC WITH MYSELF AND IAN ALLEN i am at Mt Hope to get tested for COVID 19 VIRUS. I did the responsible thing. After consultation with the doctors, nurse and experts, i show no signs, i am healthy and no need to be tested because i have no symptoms, if any signs arise within 3 days come back to the hospital. MAY GOD BLESS US ALL.

And a journalist from the Newsday wrote: Ian possibly having covid19 scares me. He spoke & touched Dennis Pulchan on March 17. Pulchan as Prisons Chief visited MSP where inmates supposedly were afraid of an outbreak inside. Next day I spoke and interacted with Pulchan. My wife is asthmatic. Ian having covid19 SCARES ME!

In two videos posted to his social media page late on Tuesday, a weeping Alleyne said he returned from a two day trip to Miami, Florida on March 15.

Hw said he ‘got wet’ on the Sunday of his return and was of the opinion that he had gotten ‘the cold or something’ so he ‘didn’t take it on’ since all his vitals signs “were perfect and everything’.

He said he went to his personal doctor over the weekend and mentioned that he had a cold. He said the doctor said the problem was his allergies and prescribed medication.

Alleyne said he still decided that he would go to the Mt Hope hospital on Monday, without being prompted, and did the test, because he didn’t want to take chances.

He would be making himself available for quarantine, and was not running from anything.

Alleyne, who taped a live show at his studio in Chaguanas on Tuesday evening, said he had make contact with Health Minister Terrence Deyalsingh who instructed him what he needed to do, and that someone would come and pick him up.

He said on the video: “If you came from a trip. Maybe you might have no symptoms, get tested please. I just can’t ant imagine this happened to me. I scared. My family have no symptoms...”

He said: “Keep me in your prayer. I don’t want to die. I just don’t want to die. I ask this person to make this video for me. This is the last. What have I done? What have I done? I know some of you might be disappointed in me. It was the first time I travelled in years…I just wanted to run away for two days and just have some fun with (his son). That was it. I have been busy since I came back. I haven’t been able to see plenty of my friends… I haven’t even called my parents, haven’t seen my sister since being back.

In the second video, Alleyne is in his house, being recorded by his son, crying as he unfolds a “I Love You” sign, and telling the boy “I can’t come close to you, but I love you plenty. I going”.

In a third video clip, his weeping son talks about his father's COVID-19 test.

COVID count up to 57

As of Tuesday afternoon, the Health Ministry reports the following:

Eighteen staffers of the First Citizens bank in Chaguanas have been directed to go into home quarantine, following talk-show host, Ian Alleyne…

The Health Ministry is reporting a 5th death from the COVID-19 coronavirus in Trinidad and Tobago.

Why was Venezuela's VP allowed to fly into T&T?

BAIL of $25,000 has been granted to a 29-year-old bar owner who was arrested and charged last week after he was allegedly caught opera­ting his business in contravention of the Regulations of the Public Health Act.

COVID-19 patients at the Couva Hospital who claim they have been asymptomatic for as many as 12 days and believe they are healthy are threatening to revolt.

From ten down to five

THE Government is tightening regulations in the COVID-19 fight by reducing the number of people allowed to gather in public places from ten to five.